Accessibility links
Attorney For Rayshard Brooks' Family Says Officer 'Wasn't Fearing For His Life' : Live Updates: Protests For Racial Justice L. Chris Stewart says the Atlanta police officer who fatally shot Brooks did not fear for his life at the time of the shooting. "He was enraged," says Stewart. 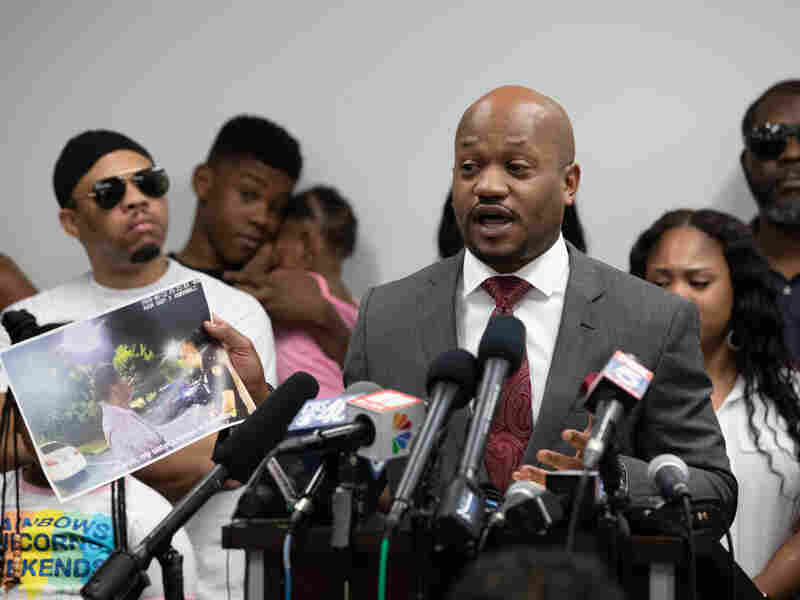 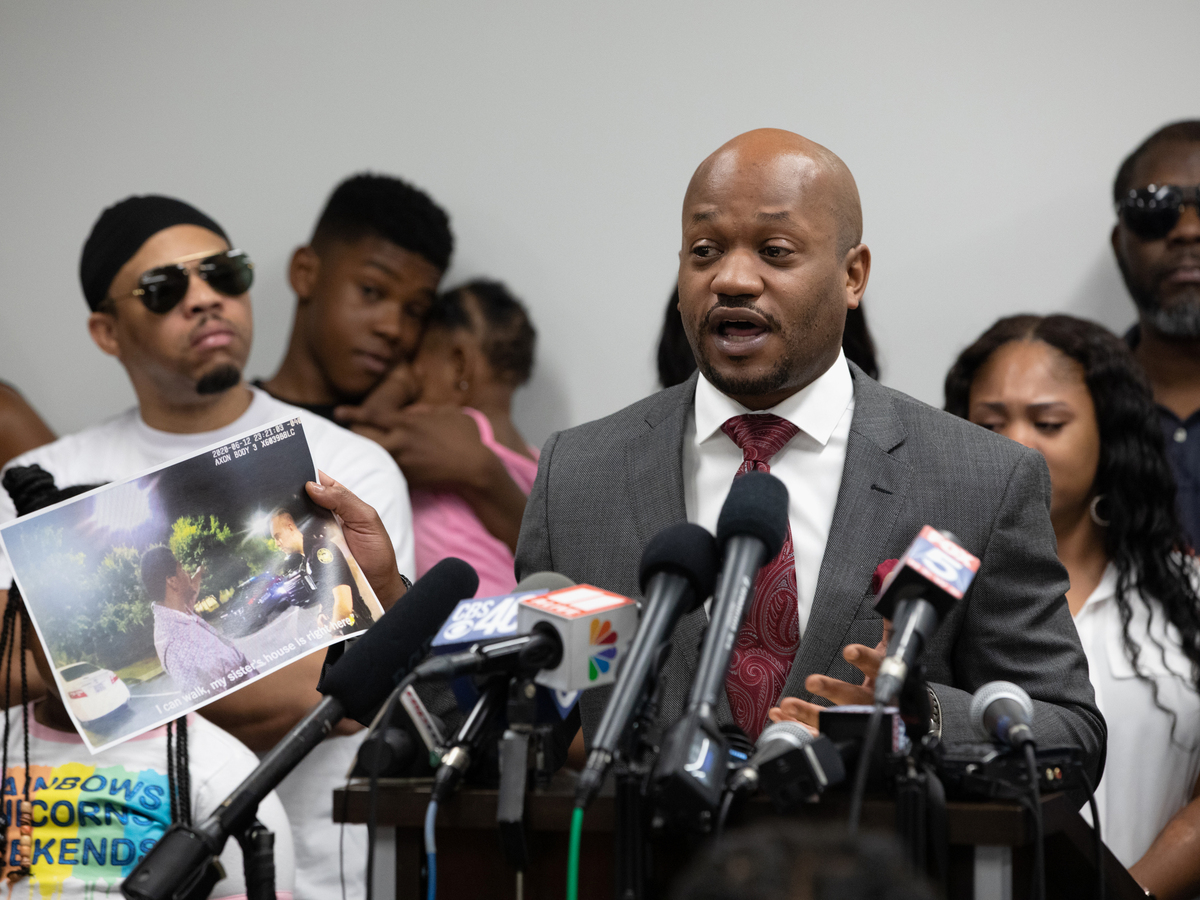 On Wednesday, Fulton County District Attorney Paul Howard held up an image of Atlanta police officer Garrett Rolfe kicking Rayshard Brooks while he lay on the ground after the officer fatally shot him. It was a detail Brooks' family didn't know until officers were charged yesterday afternoon, according to L. Chris Stewart, an attorney for the family.

"His wife had to get up and leave the courtroom because I didn't even know that. She didn't know that — that he was kicked by officer Rolfe," said Stewart in an interview Thursday with NPR's Morning Edition. "But it shows [the officer's] mental state. He wasn't fearing for his life. He was enraged because of that tussle. And he said, 'I got him' and then kicked a man that was dying."

Tomika Miller, Brooks' widow, said at a press briefing Wednesday that she was "very hurt" when she discovered what the officers did after they approached Brooks asleep in his car at a Wendy's drive-through last Friday night. Video of the incident showed Brooks and two officers speaking calmly for about a half-hour before he was asked to take a field sobriety test, which he failed. When officers attempted to arrest Brooks, he fled after a tussle with the officers, taking a stun gun from one of them and running away. That's when Rolfe fatally shot Brooks.

On Wednesday, Howard charged Rolfe and Devin Brosnan, a second officer at the scene, for Brooks' death. Rolfe faces 11 charges, including felony murder and multiple assault charges, while Brosnan faces three charges, including aggravated assault. Rolfe has been fired from the Atlanta Police Department and Brosnan is currently on administrative desk duty.

"All too often African Americans are denied justice in these situations, even though the world sees that justice should have been given," Stewart said. "Let the criminal justice system play out. And for once, a victim is getting the first steps of justice."

Brooks' killing comes as protests continue across the nation in response to systemic racism and the killings of George Floyd in Minneapolis, Breonna Taylor in Louisville, Ky. and Ahmaud Arbery in Brunswick, Ga.

"We just have to have faith and keep going. That's the only thing you can do in a system that isn't created to protect the victim in these situations," Stewart said. "Every situation isn't going to be a George Floyd where we capture torture on tape. But even then, there are people saying that George Floyd caused his own death. So you just can't win. You just have to keep fighting, have faith and believe in God."

Stewart, who also represents the families of Floyd and Arbery, said representing multiple families who have seen their loved ones killed by police feels like a never-ending cycle.

"It's so hard to try and get a victim justice because of the way policing is right now," Stewart said. "So sadly, we're just in the same cycle again and again. Hopefully these changes that everybody is proposing will help both the community and the good officers out there."

Clare Lombardo produced the audio version of this story.