Accessibility links
Georgia Marching Band Drops Song From 'Gone With The Wind' For 'Georgia On My Mind' : Live Updates: Protests For Racial Justice The Redcoat Band will no longer play "Tara's Theme" from the controversial film. And it already has an apt replacement in mind: the official state song, best known for Ray Charles' rendition. 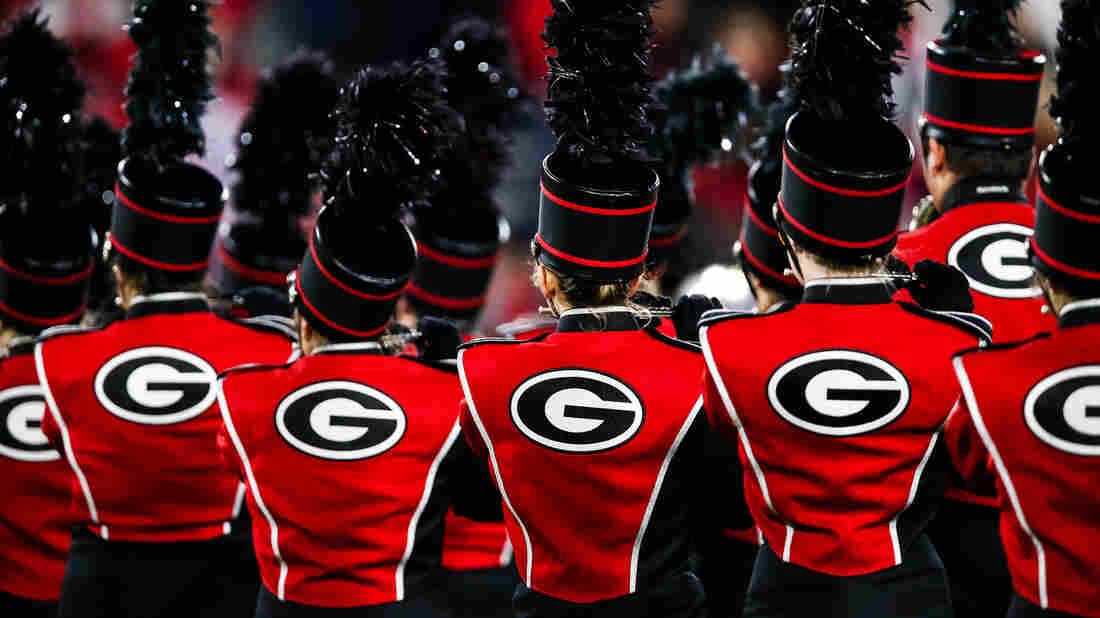 The University of Georgia's marching band, seen during a football game last November in Athens. The band's acting director, Brett Bawcum, announced that it would no longer play "Tara's Theme" from Gone with the Wind. The film has attracted criticism for its depiction of race. Carmen Mandato/Getty Images hide caption 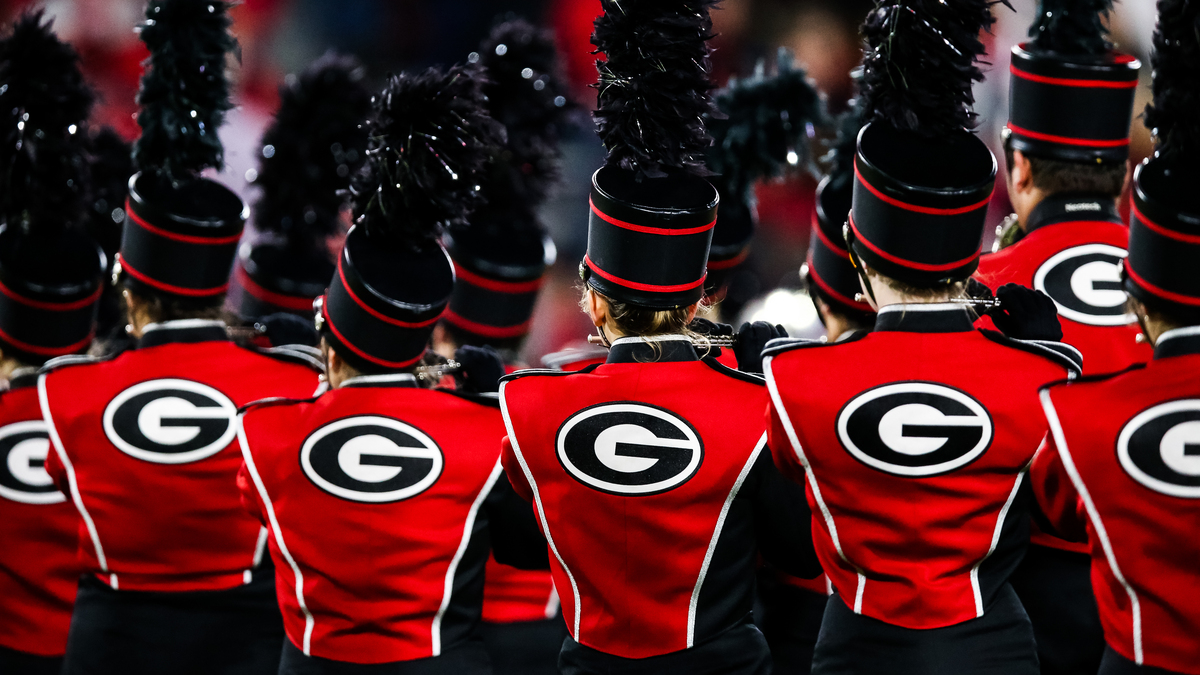 The University of Georgia's marching band, seen during a football game last November in Athens. The band's acting director, Brett Bawcum, announced that it would no longer play "Tara's Theme" from Gone with the Wind. The film has attracted criticism for its depiction of race.

The University of Georgia marching band has bade farewell to Gone with the Wind.

The Redcoat Band's acting director, Brett Bawcum, told members that going forward, their repertoire will no longer include "Tara's Theme" from the controversial 1939 film.

"Though the tradition has been under discussion for months within the band, the current social climate has highlighted the urgency of addressing it and made me conscious of the message that could be interpreted by delay," Bawcum said in a letter dated Wednesday.

"To be clear, the issue with the tradition is not the motivation of those who have embraced it, but rather the possibilities it may limit in those who haven't. I value tradition, but I value creating a welcoming environment much more."

The song, which opens the movie, will be swapped out for a fitting replacement: "Georgia on My Mind." Originally created by Hoagy Carmichael and Stuart Gorrell in 1930, and best known for Ray Charles' 1960 rendition, it has been Georgia's official state song since the late '70s.

It's not the first time in recent weeks that an organization with a highly recognizable brand has sought to distance itself from Gone with the Wind. Amid nationwide protests over racial injustice in the U.S., the cinematic landmark has become a lightning rod for controversy. It has attracted widespread criticism for its romantic vision of the slave-holding Confederacy and its unfair portrayals of black characters.

Last week, the streaming service HBO Max temporarily yanked it from its library for having "racist depictions." When it returns to the service, a spokesperson said the film will come with paired with a look at its historical context.

No such return appears likely for "Tara's Theme."

For years, the song had been a mainstay of post-game performances by the University of Georgia's marching band, affectionately named the Redcoats for their uniforms. But tradition isn't reason enough to continue the practice, Bawcum said in the letter posted to the band's Twitter account.

He didn't have to look too far for a precedent for such a change.

"Director Roger Dancz's arrival in 1955 coincided with adoption of the name Dixie Redcoat Band," Bawcum reminded readers. "In 1971, Mr. Dancz led students in ridding the band's name and repertoire of 'Dixie' — by then, a relic which had come to deny integrating Bulldogs the sense of belonging that others enjoyed."

The decision to drop "Tara's Theme" had been under discussion for months, Bawcum added, but the "current social climate" — dominated as it is by widespread outrage over police killings of black people — gave band officials a sense of urgency.

And they're not the only ones at the University of Georgia to feel it.

The University System of Georgia has formed an advisory group to review building and college names across its campuses. The idea, according to USG Chancellor Steve Wrigley, is to ensure that officials are "addressing how communities understand the history and context involving our campuses."