Accessibility links
Confederate Speaker Portraits To Be Removed From The U.S. Capitol On Juneteenth : Updates: The Fight Against Racial Injustice House Speaker Nancy Pelosi, D-Calif., has directed the clerk of the House to remove the portraits of four former House speakers who served in the Confederacy.

Confederate Speaker Portraits To Be Removed From The U.S. Capitol On Juneteenth

Confederate Speaker Portraits To Be Removed From The U.S. Capitol On Juneteenth 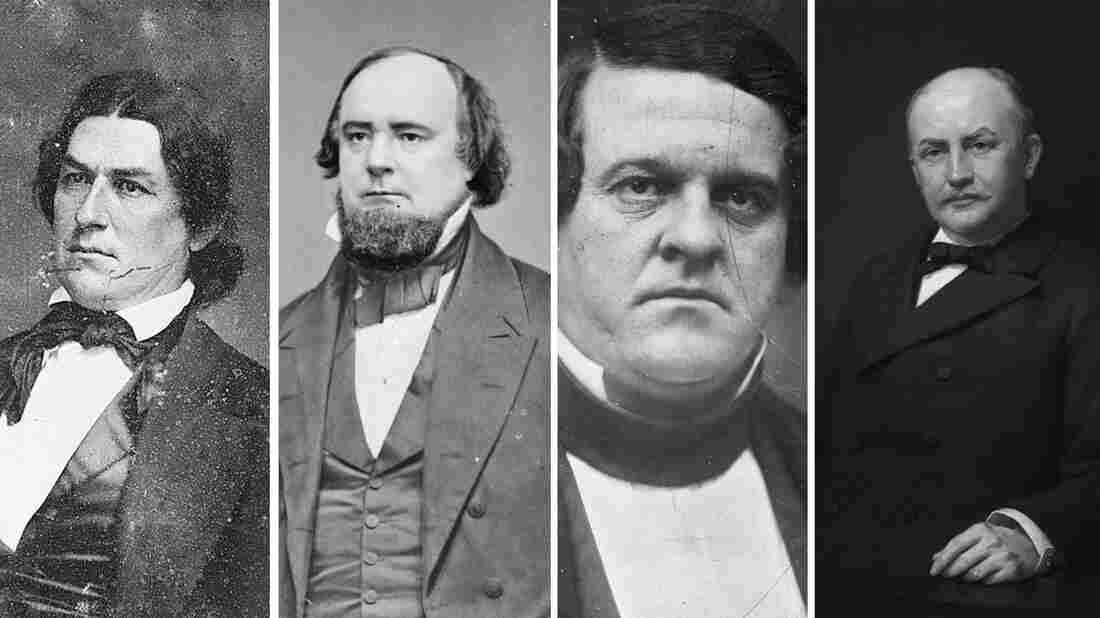 Left to right: Robert Hunter, James Orr, Howell Cobb and Charles Crisp. Portraits of the four Confederates and former House speakers will be removed from the U.S. Capitol on Friday. Wikipedia hide caption 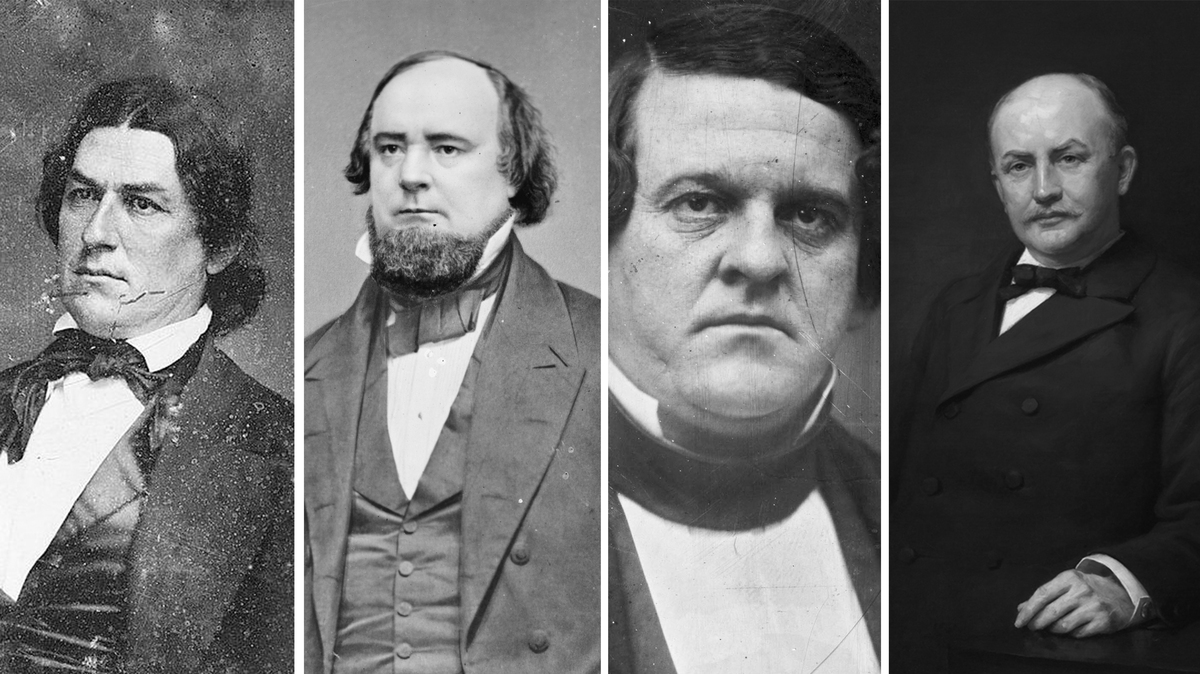 Left to right: Robert Hunter, James Orr, Howell Cobb and Charles Crisp. Portraits of the four Confederates and former House speakers will be removed from the U.S. Capitol on Friday.

House Speaker Nancy Pelosi, D-Calif., says the portraits of four former House speakers who served in the Confederacy will be removed from display in the Capitol this Friday in observance of Juneteenth.

Pelosi directed the clerk of the House of Representatives to remove the portraits on June 19 to mark the day in 1865 when Union soldiers arrived in Galveston, Texas, with news that President Abraham Lincoln had signed the Emancipation Proclamation. That day came more than two years after Lincoln signed the order freeing enslaved people — a day now observed as Juneteenth.

"As I have said before, the halls of Congress are the very heart of our democracy," Pelosi wrote in the letter requesting the removal. "There is no room in the hallowed halls of Congress or in any place of honor for memorializing men who embody the violent bigotry and grotesque racism of the Confederacy." 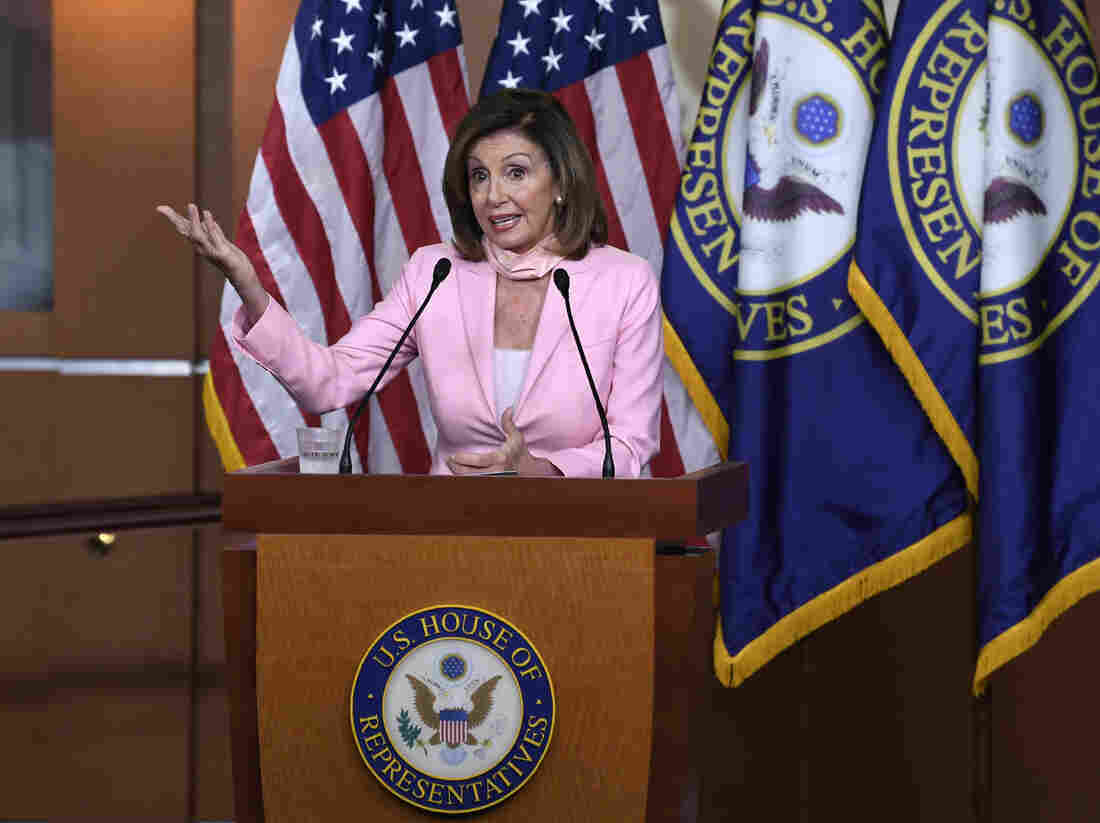 House Speaker Nancy Pelosi has asked for the portraits of four former House speakers who served in the Confederacy to be removed from the U.S. Capitol. Susan Walsh/AP hide caption 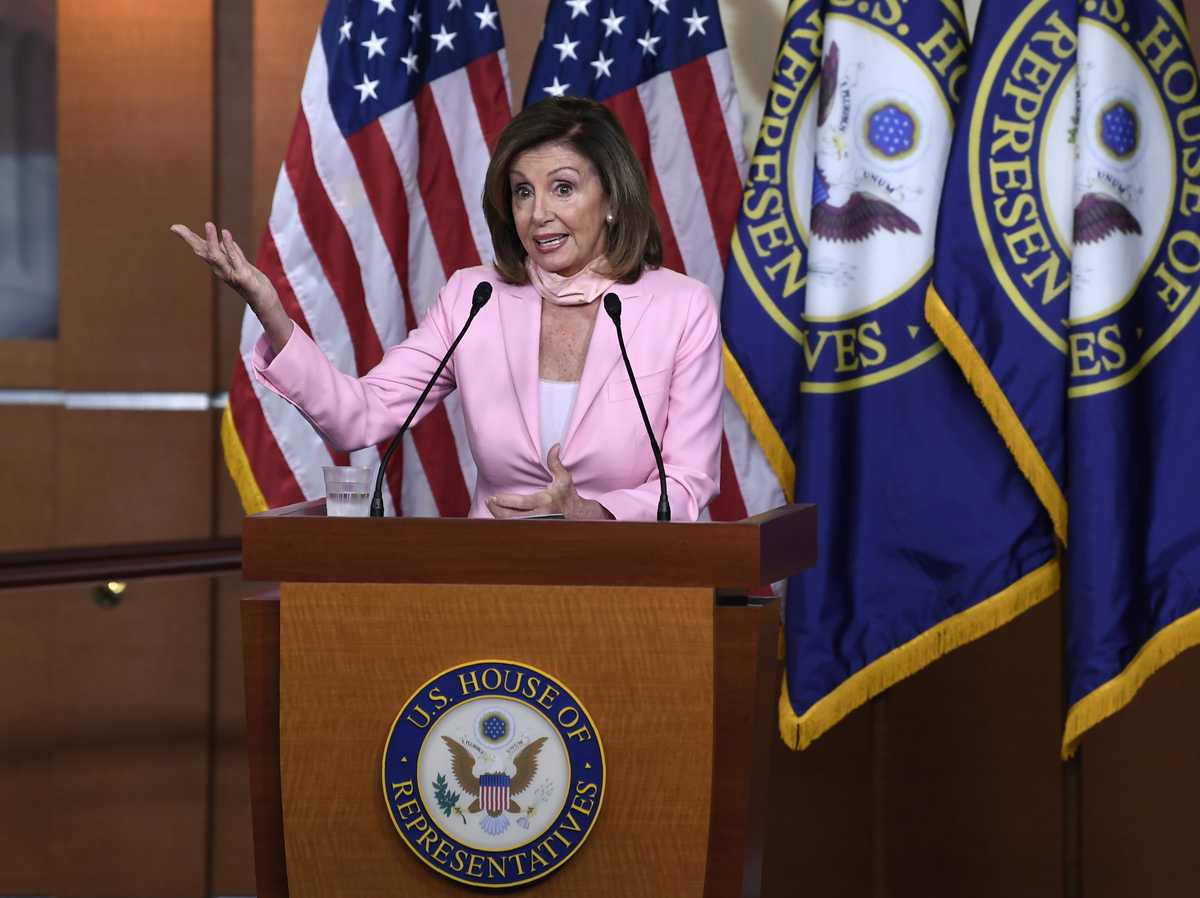 House Speaker Nancy Pelosi has asked for the portraits of four former House speakers who served in the Confederacy to be removed from the U.S. Capitol.

Shortly after Pelosi announced the removal of the portraits, Sen. Cory Booker, D-N.J., attempted to pass a resolution removing Confederate statues from the Capitol. He asked for unanimous consent to approve the measure and was blocked by Senate Rules Committee Chairman Roy Blunt, R-Mo.

Booker noted that 12 Confederate statues were placed in the National Statuary Hall between 1901 and 1931. Booker noted it was a period of violence, suppression and terror for black Americans. He added that the Civil War represents four years in the country's history and that putting statues of Confederates in the Capitol was part of an effort to further intimidate and suppress black Americans.

"We cannot separate the Confederate statues from this history and legacy of white supremacy," Booker said. "They are painful, insulting, difficult injury being compounded to so many American citizens."

Blunt said the committee just received the legislation to remove the statues and he wants to review the legislation, which requires Congress to undo an existing legislative agreement with the states, which allows them to choose their own statues in the Capitol.

"We entered into that agreement," Blunt said. "This is a more complicated arrangement than activity on the floor today would suggest."

Blunt said he wants to talk with representatives from the states about their plans, noting that many states are already deciding to replace their Confederate statues. He said eight of the statutes have already been replaced and eight more are already in the process of being replaced.

Blunt and Booker agreed to continue a dialogue about the removal.

Senate Majority Leader Mitch McConnell, R-Ky., told reporters on Tuesday that he opposes the push to remove all items related to the Confederacy from the Capitol.

"What I do think is clearly a bridge too far is this nonsense that we need to airbrush the Capitol and scrub out everybody from years ago who had any connection to slavery," McConnell said. "You know, there were eight presidents who owned slaves. Washington did. Jefferson did. Madison did. Monroe did."

McConnell said every state gets two statues and they can trade them out and replace them as they see fit. McConnell, who noted that he is a descendant of a Confederate veteran, said he does not oppose the renaming of Army bases named for Confederate generals.