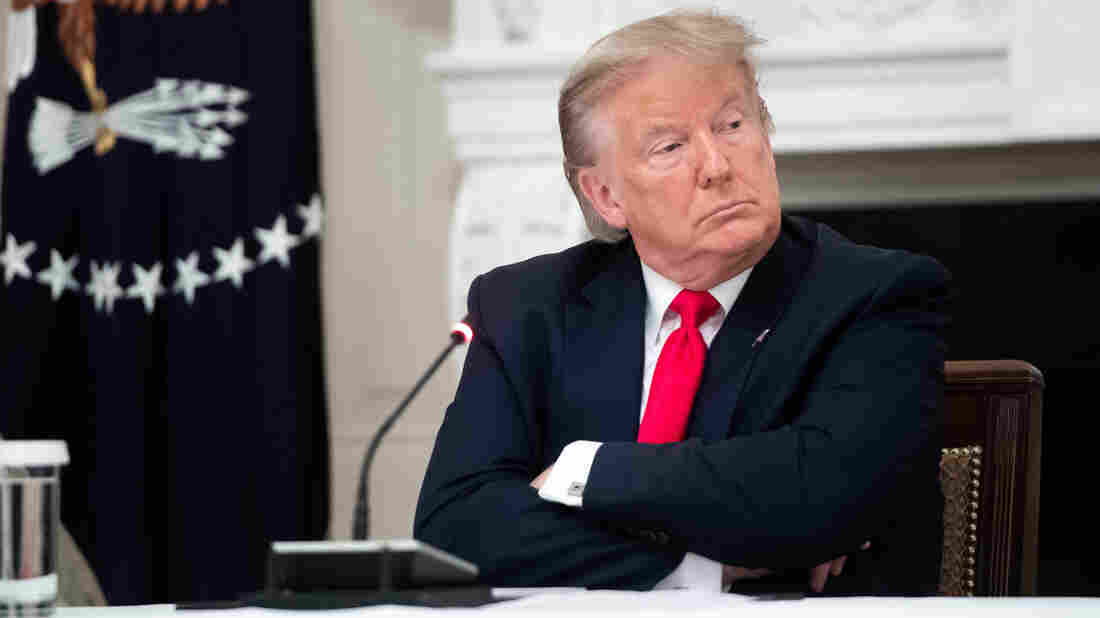 President Trump, seen here during a meeting Thursday at the White House, shared a video on Twitter with a fake CNN headline. The social media network flagged the doctored footage as "manipulated media." Saul Loeb/AFP via Getty Images hide caption 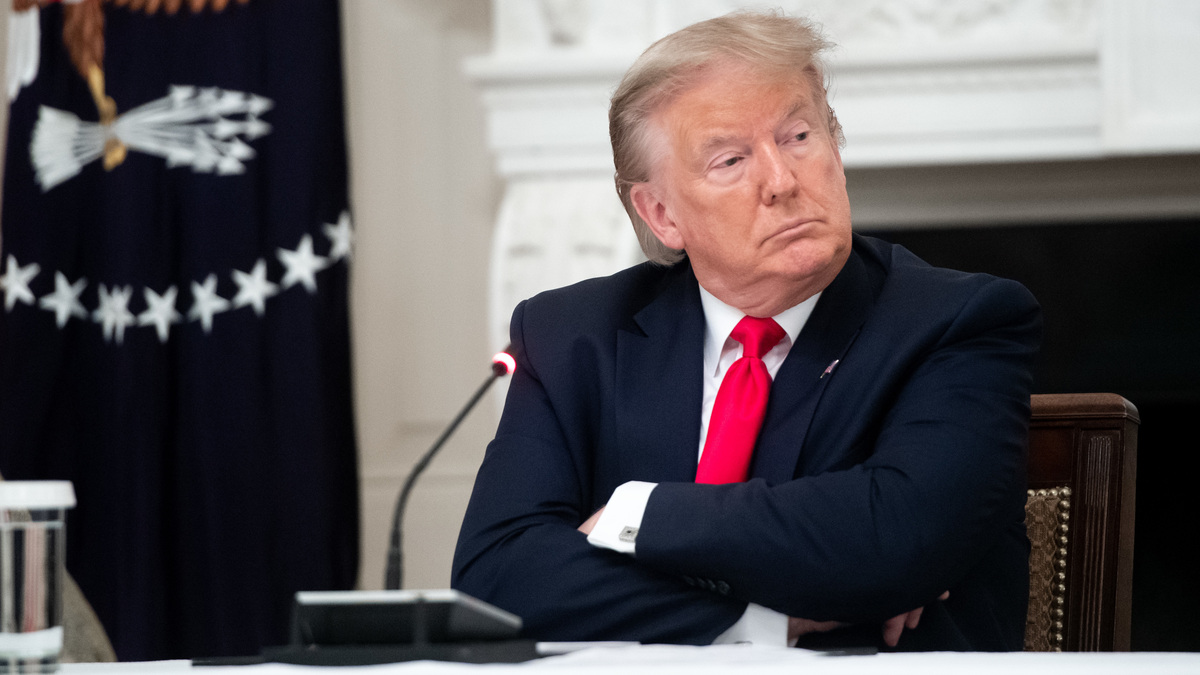 President Trump, seen here during a meeting Thursday at the White House, shared a video on Twitter with a fake CNN headline. The social media network flagged the doctored footage as "manipulated media."

Facebook and Twitter said Friday that a post shared by President Trump about a "racist baby" has been removed from the platforms following a copyright complaint from one of the children's parents.

Officials at both social media companies confirmed to NPR that the president's video was deleted from the platforms following a request from the rights holder.

The tweet included deceptively doctored footage of two toddlers, one black, one white, running down a sidewalk with the fake CNN headline: "Terrified toddler runs from racist baby," as suspenseful music plays.

Then the video shows viral footage from last year of the two babies sprinting toward each other and hugging, falsely suggesting that CNN had manipulated what happened to create a fake news story. That never happened.

Now, when viewers try to play the video shared by the president, a message appears saying the media has been disabled.

It is the latest skirmish between the tech giants and Trump.

The Trump campaign on Thursday attacked Facebook after the social network removed a political advertisement from Trump that featured a symbol once used by the Nazis to identify concentration camp prisoners. Civil rights groups and organizations that monitor hate online widely condemned the campaign for standing by the use of Nazi-era symbolism.

Clashes have erupted in recent weeks between Twitter and Facebook and the president ever since the social media giants began moderating some of the president's posts by adding labels or removing content altogether. Though such actions remain rare, Trump has vowed retaliation.

This week the Justice Department recommended that legal protections long enjoyed by online companies be scaled back in order to make platforms legally responsible all content that is posted to the sites.

Before the racist baby video was removed, the Trump administration was defending the post.

"The point is," she said, "it was a play on CNN repeatedly taking the president out of context."

CNN, which the president's now-deleted tweet portrays as distributing a fake story, has also responded.

"CNN did cover this story — exactly as it happened. Just as we reported your positions on race (and poll numbers)," CNN replied to the tweet. "We'll continue working with facts rather than tweeting fake videos that exploit innocent children. We invite you to do the same."

Jukin Media, which says one of its video partners owns the rights to the original viral video of the two toddlers, also registered its objection to Trump's use of the footage. The company submitted a take-down notice on behalf of the original video's creator, calling the doctored version an infringement of copyright.