Accessibility links
Protesters Fell Confederate Monument In D.C., Provoking Trump's Fury : Live Updates: Protests For Racial Justice The statue of Confederate Gen. Albert Pike was long a unique sight in the nation's capital. But it met the same inglorious fate Friday as a host of other controversial monuments across the U.S.

Another Confederate monument has fallen — this time in a city where such memorials were understandably rare to begin with: the nation's capital.

Protesters on Friday night toppled a statue of Confederate Gen. Albert Pike, the only outdoor Confederate memorial in the city. They yanked it down with rope and later set it ablaze as law enforcement looked on.

It was an abrupt end for a controversial monument, which has attracted criticism and often outright confusion from residents.

Born in Massachusetts, the nativist attorney and author fought for the Confederacy and spent much of his time after the Civil War supporting the Scottish Rite of Freemasonry. The international fraternal organization commissioned the statue in his honor around the turn of the 20th century.

But, lately, even the Freemasons haven't resisted calls to have it removed.

Last year the District's nonvoting congressional delegate, Eleanor Holmes Norton, introduced legislation seeking its removal — which, due to D.C.'s unique position, requires federal approval. The bill has so far languished in the House.

President Trump, however, made it clear that he was upset to see it fall. 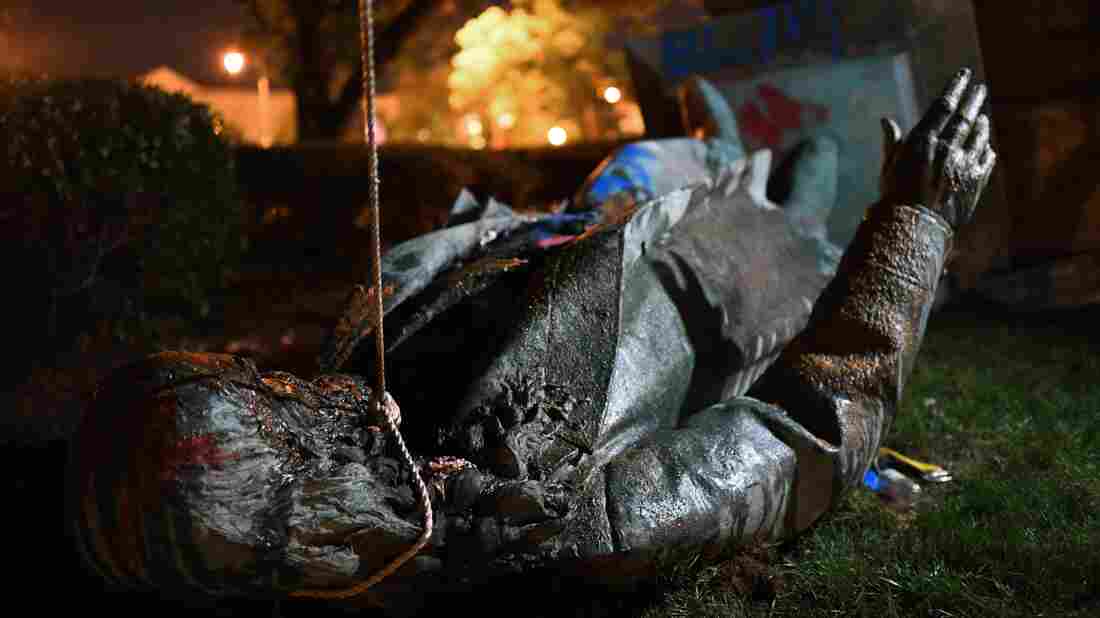 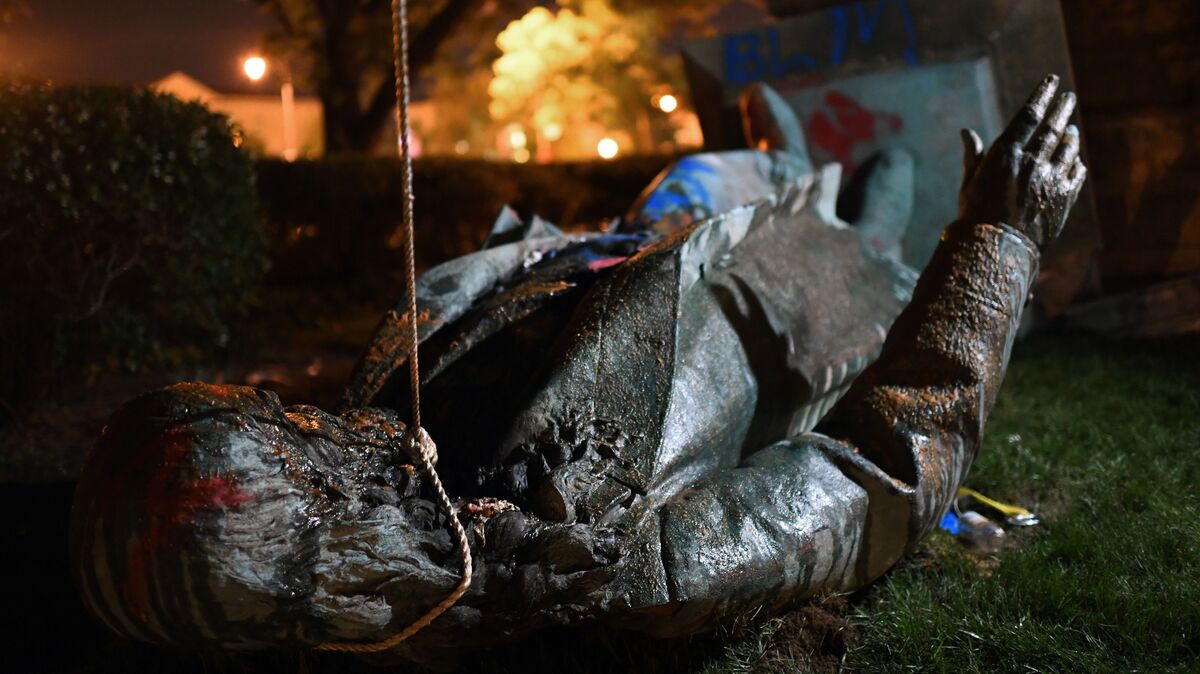 "The D.C. Police are not doing their job as they watch a statue be ripped down & burn," he tweeted. Trump also tagged the city's mayor, Muriel Bowser, a Democrat with whom he has clashed repeatedly in recent weeks. "These people should be immediately arrested. A disgrace to our Country!"

There is little love lost between the president and the mayor.

They have starkly diverged in their public statements about the widespread protests catalyzed by recent killings by police of Black Americans. After Trump cleared peaceful protesters in order to stage a photo op at a church near the White House, for instance, city authorities rebuked him by naming a nearby stretch of street Black Lives Matter Plaza and splaying the protest slogan across two city blocks.

The anger directed at Confederate statues has not been unique to Washington, D.C.

Protesters on Friday also partly dismantled a Confederate monument in Raleigh, N.C., pulling down a couple of small statues incorporated into its design.

Protesters have torn part of Raleigh’s confederate monument down! pic.twitter.com/xFG9RGisrc

Both monuments are just the latest items on a growing list of controversial statues and other symbols of the slaveholding Confederacy that have been removed from public spaces recently — despite the president's objections.

And it has not just been the work of those without formal permission. City officials authorized the removal of Confederate monuments in Birmingham, Ala., and Decatur, Ga., while a statue of controversial explorer Christopher Columbus came down by formal decree in Columbus, Ohio.