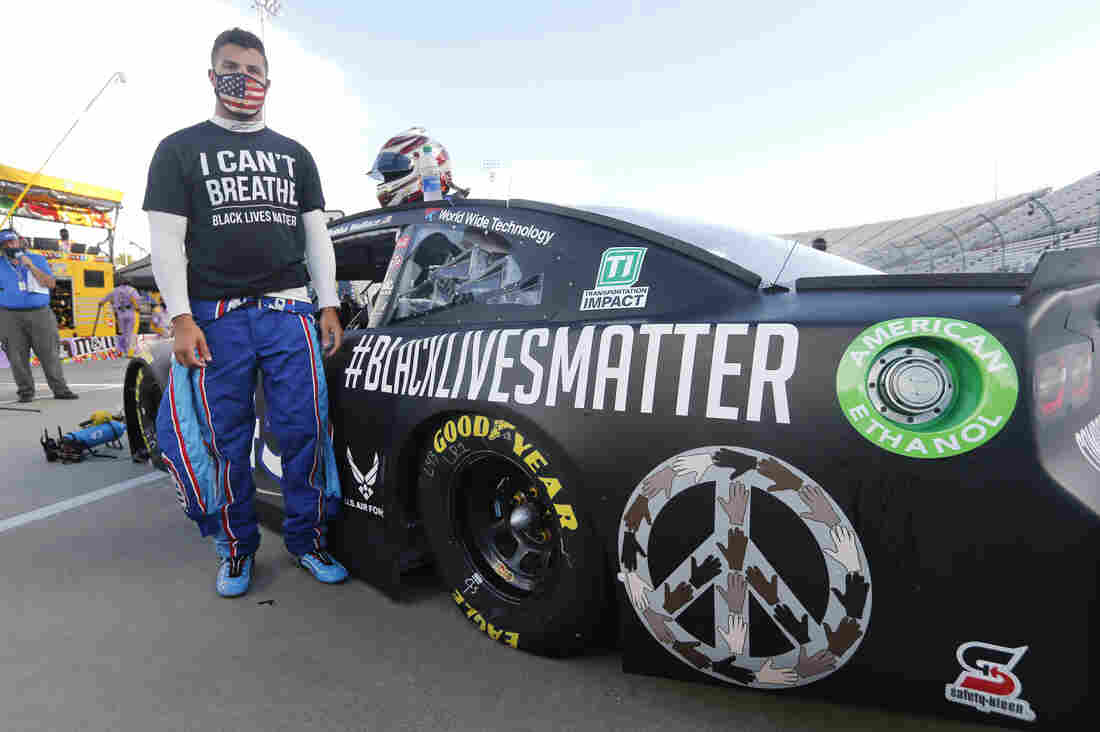 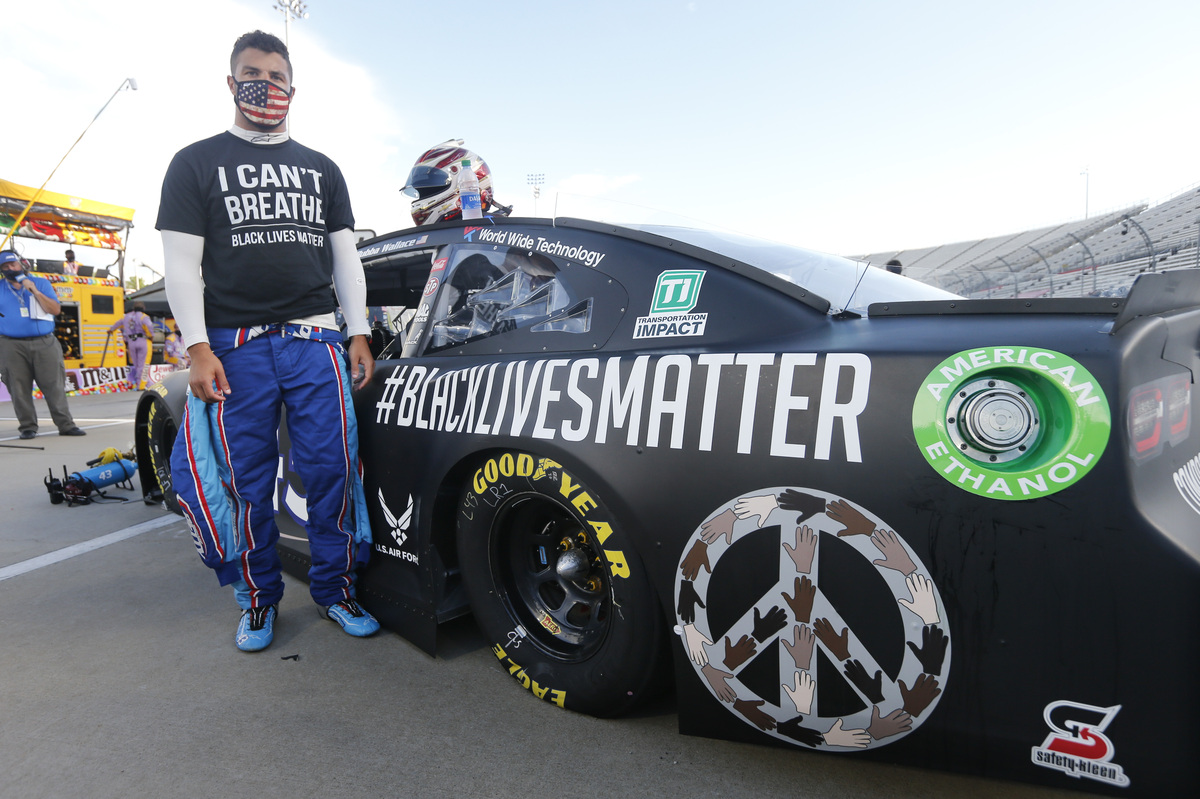 The only Black driver in the top stock car racing circuit, Bubba Wallace had led the campaign to ban Confederate flags from NASCAR events.

A noose — among the most threatening and resonant images from America's long history of white racist violence — was left in the garage stall Sunday of NASCAR's only Black driver in the Cup Series, its top stock car racing circuit.

NASCAR said the incident took place at its racetrack in Talladega, Ala. The garage stall was assigned to Bubba Wallace, who had led the successful campaign to ban Confederate flags from NASCAR facilities and events, which went into effect earlier this month. 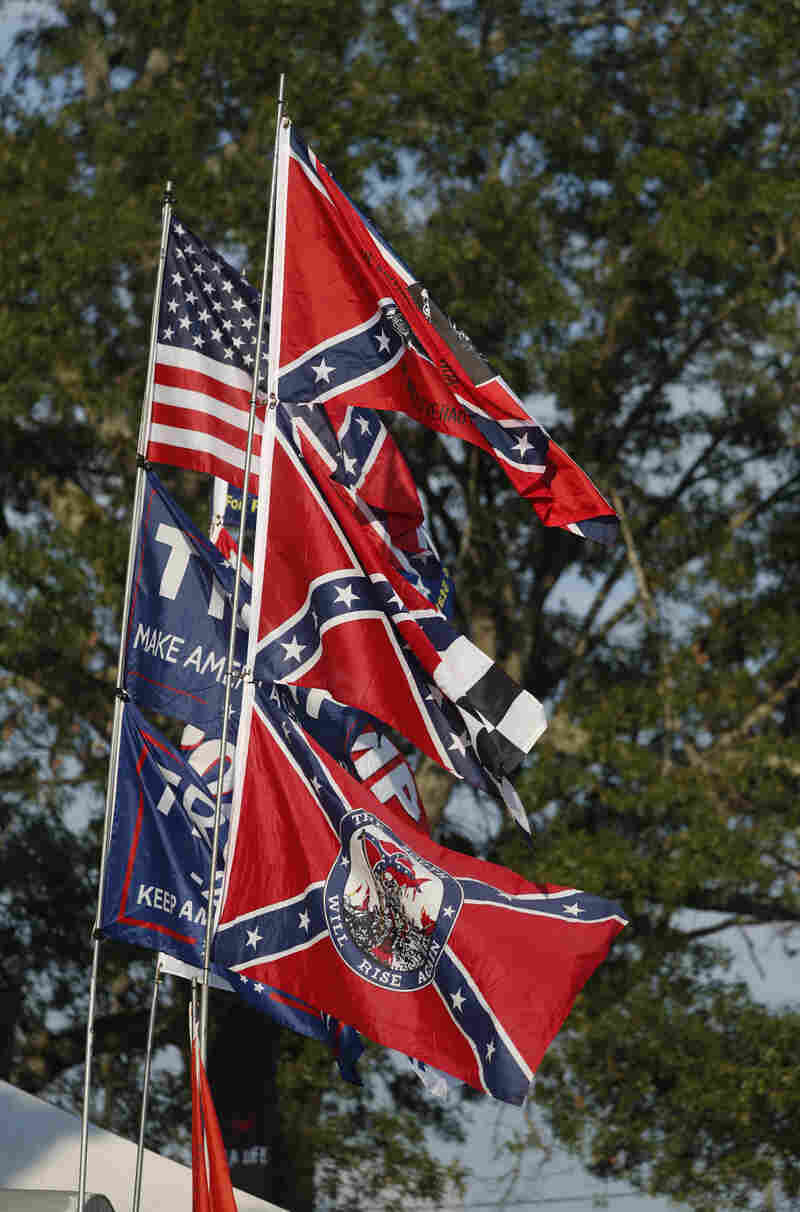 A vendor displays Confederate flags as well as Trump 2020 flags across from the Talladega Superspeedway in Talladega, Ala., on Saturday. NASCAR has banned the Confederate flag from its facilities and events. John Bazemore/AP hide caption 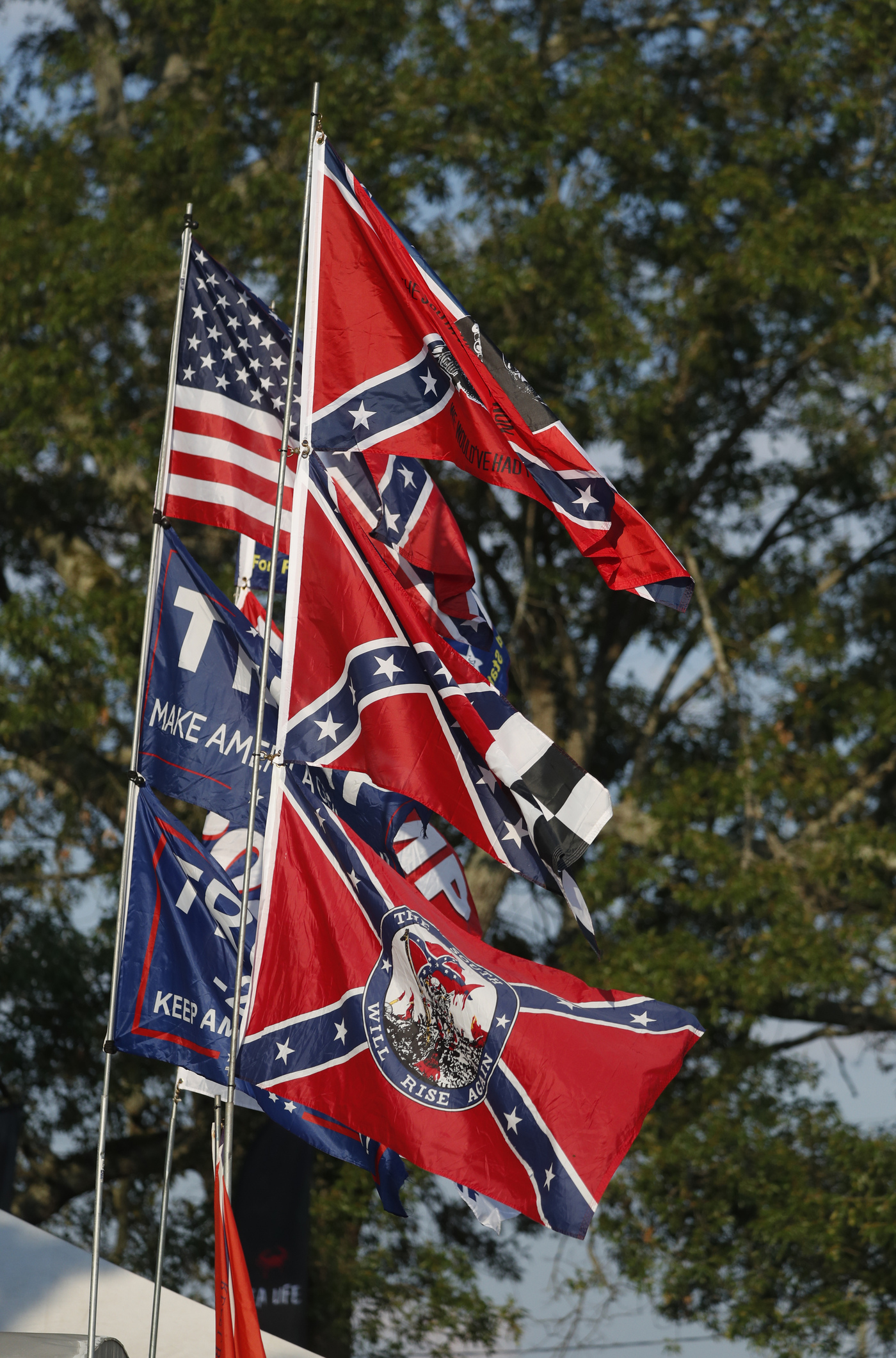 A vendor displays Confederate flags as well as Trump 2020 flags across from the Talladega Superspeedway in Talladega, Ala., on Saturday. NASCAR has banned the Confederate flag from its facilities and events.

In a statement, Wallace said, "Today's despicable act of racism and hatred leaves me incredibly saddened and serves as a painful reminder of how much further we have to go as a society and how persistent we must be in the fight against racism."

"We are angry and outraged, and cannot state strongly enough how seriously we take this heinous act. We have launched an immediate investigation, and will do everything we can to identify the person(s) responsible and eliminate them from the sport. As we have stated unequivocally, there is no place for racism in NASCAR, and this act only strengthens our resolve to make the sport open and welcoming to all."

The Justice Department announced Monday that it will be looking into the incident.

"The U.S. Attorney's office for the Northern District of Alabama, FBI and the Department of Justice Civil Rights Division are reviewing the situation surrounding the noose that was found in Bubba Wallace's garage to determine whether there are violations of federal law," Jay E. Town, U.S. attorney for the Northern District of Alabama, said in a statement. "Regardless of whether federal charges can be brought, this type of action has no place in our society."

Sunday's race at the Talladega Superspeedway was postponed to Monday because of rain. It was to have been the first large public sporting event since crowd restrictions were imposed across the nation because of the coronavirus. Some 5,000 spectators were permitted in a venue that seats about 100,000.

It was also the first test of NASCAR's ban on the Confederate flag.

A plane trails a Confederate flag and banner proclaiming "Defund NASCAR" near Talladega Superspeedway prior to a NASCAR Cup Series auto race in Talladega, Ala., scheduled on Sunday. John Bazemore/AP hide caption

"Together," Wallace continued in his statement, "our sport has made a commitment to driving real change and championing a community that is accepting and welcoming of everyone. Nothing is more important, and we will not be deterred by the reprehensible actions of those who seek to spread hate."