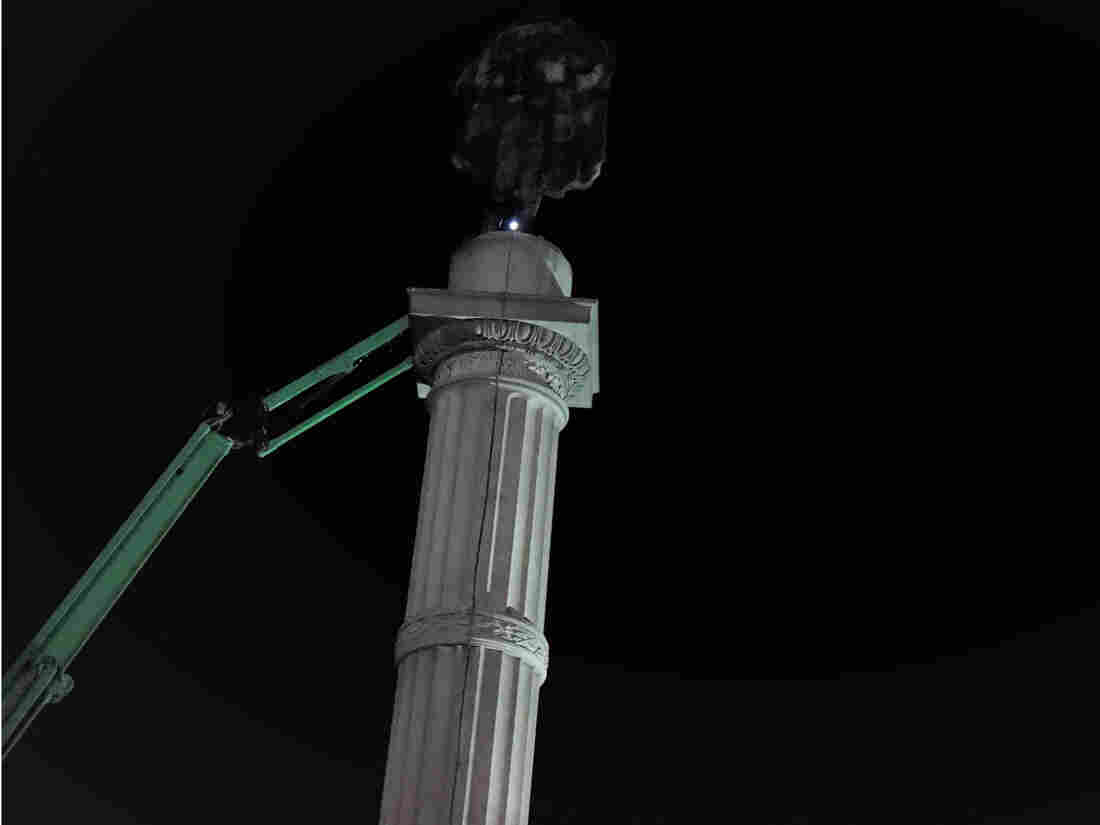 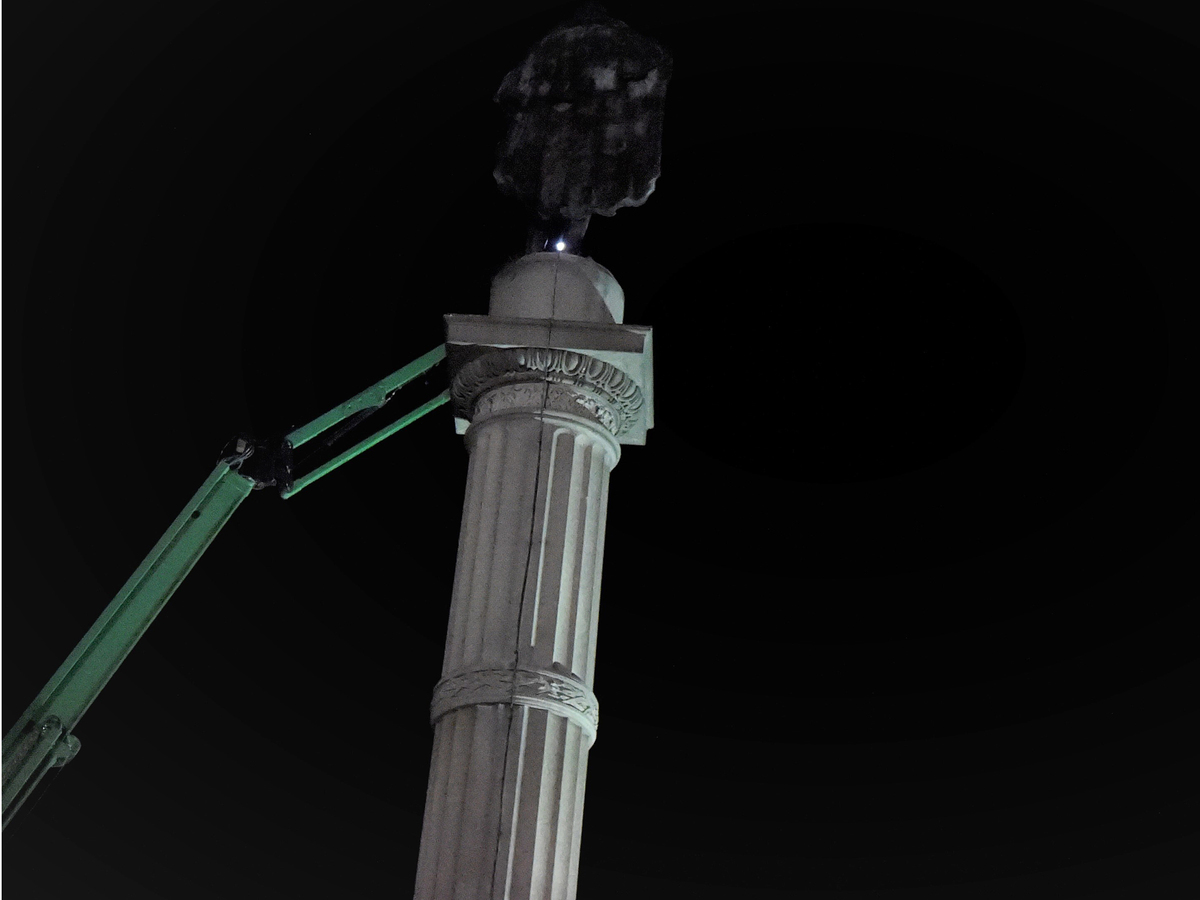 The removal comes less than 24 hours after the Charleston City Council's unanimous vote on the statue's fate. Calhoun's statue is the latest in a wave of removals throughout the nation following protests for racial justice sparked by the police killing of George Floyd.

The John C. Calhoun statue has straps wrapped around it now as crews secure it to remove the statue from its column. @ABCNews4 #chsnews pic.twitter.com/FCJGKNSkRb

The Charleston Police Department announced just before midnight that Calhoun Street between Meeting Street and King Street would be closed for several hours for the statue's removal. Massive cranes were seen attaching straps to the statue as workers prepared to take it down.

The city's mayor, John Tecklenburg, announced the resolution to relocate Calhoun's statue last week at a press conference. A special panel of historians will determine the statue's new home. The mayor said he wanted the statue to be preserved at a museum or educational institution, where it could be displayed in its full historical context.

"We are taking this action only after careful consideration of the facts of Mr. Calhoun's life," Tecklenburg said. He called Calhoun both "South Carolina's most prominent national statesman" and "its most consequential defender of slavery and white supremacy."

Tecklenburg also addressed the Heritage Act, which prohibits the removal of war memorials in the state. Since the Calhoun statue is not a war memorial, he said the state law does not apply.

Calhoun was born in 1782 in Abbeville, S.C. He held a number of prominent offices during his lifetime, including U.S. senator, U.S. secretary of state and seventh vice president of the United States, serving under President John Quincy Adams from 1825-1829 and President Andrew Jackson from 1829-1832.

Calhoun died in 1850, 11 years before the start of the Civil War. His support of slavery did not waver during his lifetime. In his press conference, Tecklenburg quoted a speech Calhoun gave on the Senate floor in 1837, in which he called the institution of slavery a "positive good" instead of an evil.