Accessibility links
Dixie Chicks Change Band Name To The Chicks And Drop New Song : Live Updates: Protests For Racial Justice The country trio has changed the band's name to The Chicks in an apparent distancing from its association with racism in the South. The move was accompanied by a new song, "March March." 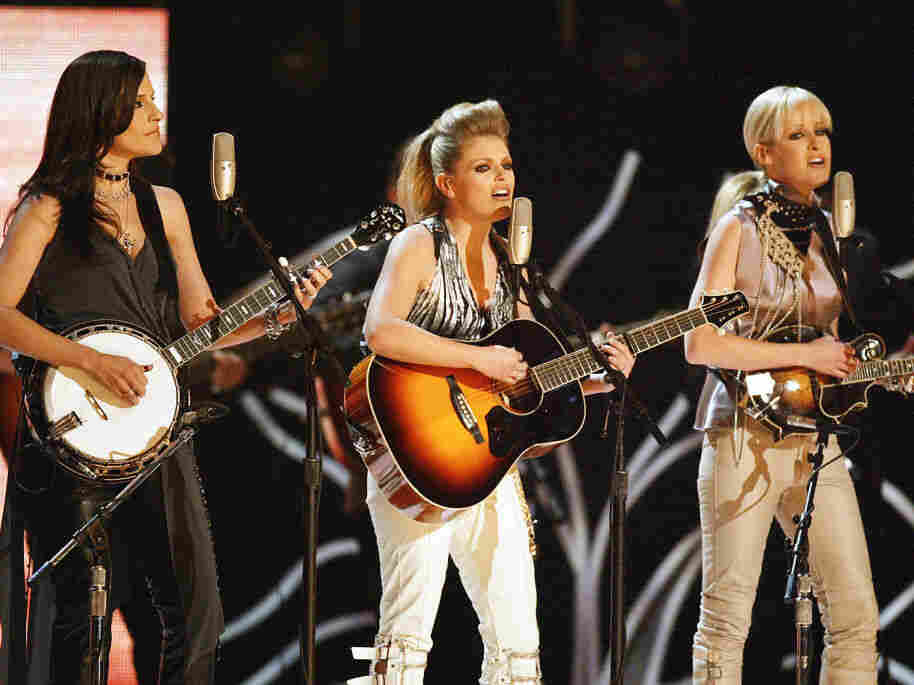 Members of the Dixie Chicks — now known simply as The Chicks — perform at the Grammy Awards in New York in 2003. Frank Micelotta/Getty Images hide caption 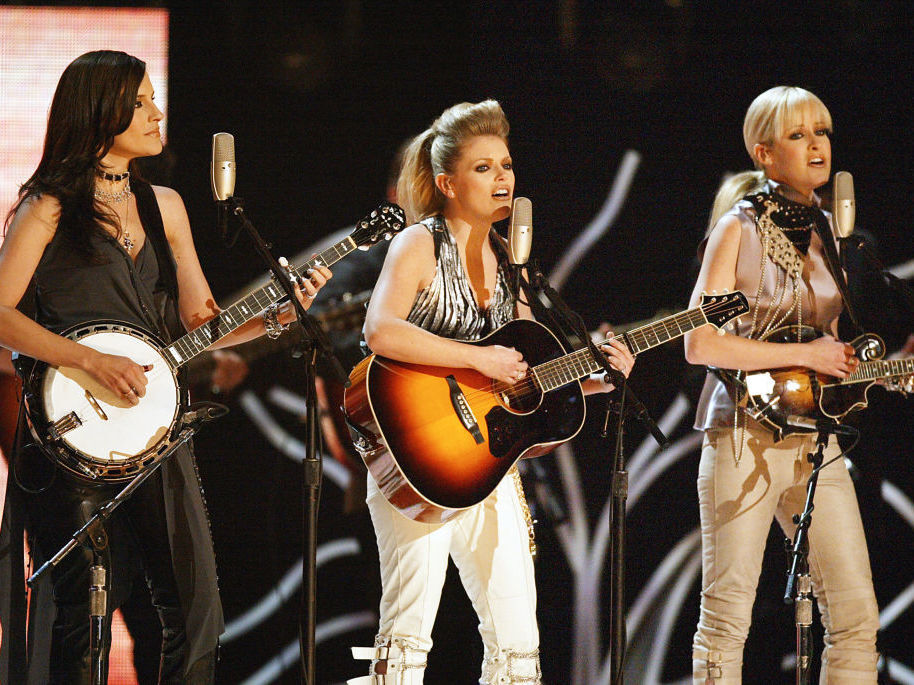 Members of the Dixie Chicks — now known simply as The Chicks — perform at the Grammy Awards in New York in 2003.

The country trio Dixie Chicks have changed the group's name to The Chicks in an apparent distancing from a name associated with the Confederate-era South.

The switch was not made with any kind of official announcement or explanation but simply with the release of a new song, "March March," on Thursday. Its lyrics and video reference current and past public protests involving racial justice, police brutality, gun violence, climate change and LGBTQ rights. The video compares current themes to historical fights in the U.S. for women's right to vote and the struggles for Black and LGBTQ civil rights.

The video also scrolls the names of dozens of Black victims of police brutality and those who died in apparently racially motivated confrontations, including George Floyd, Breonna Taylor, Ahmaud Arbery, Eric Garner and Amadou Diallo. The list of names that quickly flash by goes on for more than a full minute.

For years, the Dixie Chicks — Natalie Maines, Emily Strayer and Martie Maguire — served as a cautionary tale to country musicians in terms of avoiding politics. In 2003, shortly before the U.S. invaded Iraq, Maines told an audience in London that they did not support the military action and that she was "ashamed" that then-U.S. President George W. Bush was, like the band, from Texas.

The musicians experienced immediate career fallout. Despite having been massively popular with country audiences before those statements, the group was dropped from country radio stations. Some country fans also staged anti-Dixie Chick demonstrations, which included destroying copies of the band's CDs.

The damage was lasting. Three years later, broadcast networks including NBC and the CW refused to run ads for a documentary film about the group — called Shut Up & Sing. And the band never really recovered its relationship with the mainstream country industry.

A spokesperson for the group's label, Columbia Records (part of Sony Music Entertainment), told NPR on Thursday that The Chicks had no comment on the name change. But the switch comes two weeks after another country group, the former Lady Antebellum, changed its name to Lady A. That change was accompanied by a social media statement in which Lady A said that the country's recent attempts to reckon with racial justice issues had made the band members' eyes open wide to inequality.