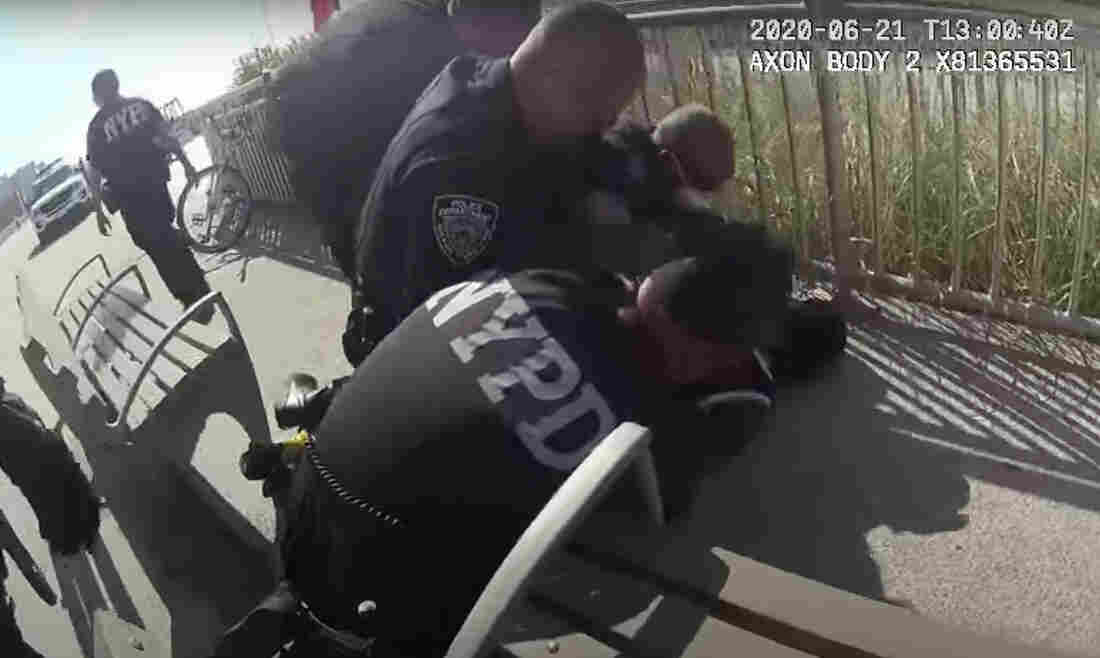 The NYPD says officer David Afanador was arrested Thursday on charges of strangulation and attempted strangulation over the incident last weekend on the Rockaway Beach boardwalk. NYPD via AP hide caption 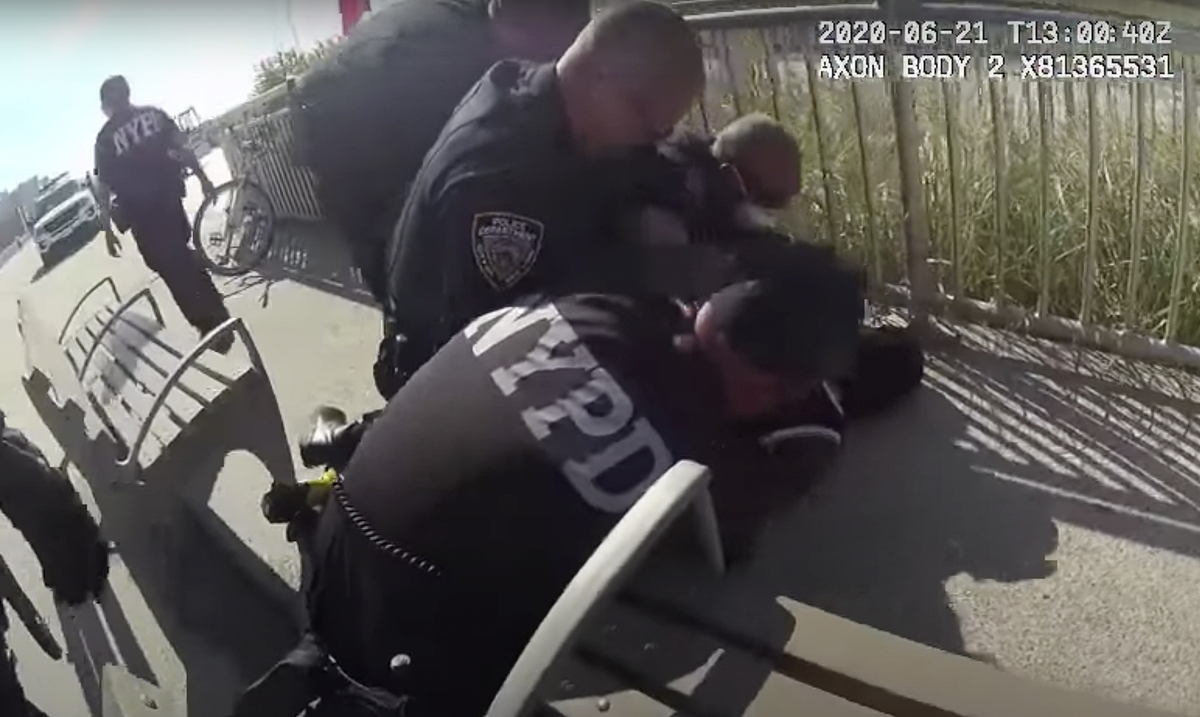 The NYPD says officer David Afanador was arrested Thursday on charges of strangulation and attempted strangulation over the incident last weekend on the Rockaway Beach boardwalk.

The New York police officer accused of using a chokehold in an incident captured on video Sunday has been charged with strangulation.

The officer, 39-year-old David Afanador, was suspended the same day the cellphone video appeared to show him choking a Black man on a Queens boardwalk. Now he's been arrested and charged with felony strangulation and attempted strangulation. Afanador pleaded not guilty and was released Thursday afternoon without bail.

"The ink from the pen Gov. Cuomo used to sign this legislation was barely dry before this officer allegedly employed the very tactic the new law was designed to prohibit," Katz said in a statement. "Police officers are entrusted to serve and protect — and the conduct alleged here cannot be tolerated."

Afanador could face up to seven years in prison if convicted.

Sunday's incident began when police responded to complaints about three men shouting at passersby in Rockaway, Queens. Police body-camera footage appears to show officers talking calmly for about 11 minutes while the men shout obscenities and slurs at them. Then one of the men, 35-year-old Ricky Bellevue, seems to retrieve a bag and ask the police, "Are you scared?"

The video shows several officers tackling Bellevue, and Afanador appears to press his arm against Bellevue's neck as he lies on the ground. Another policeman is seen tapping Afanador and a voice is heard saying, "He's out." Bellevue is later seen walking away in handcuffs with police.

Afanador was previously suspended from duty in 2014 when surveillance video appeared to show him hitting a teenager in the face with his pistol during a marijuana bust and his partner hitting the teen repeatedly once he was on the ground. Both men were later acquitted, but that incident made news at the time because it took place only weeks after the death of Eric Garner, who was put in a chokehold and died in police custody.