Accessibility links
After Ahmaud Arbery's Killing, Georgia Governor Signs Hate Crimes Legislation : Live Updates: Protests For Racial Justice The killing of Ahmaud Arbery prompted calls for the state to pass a hate crimes law. Until Friday, Georgia had been one of just four states without one on the books. 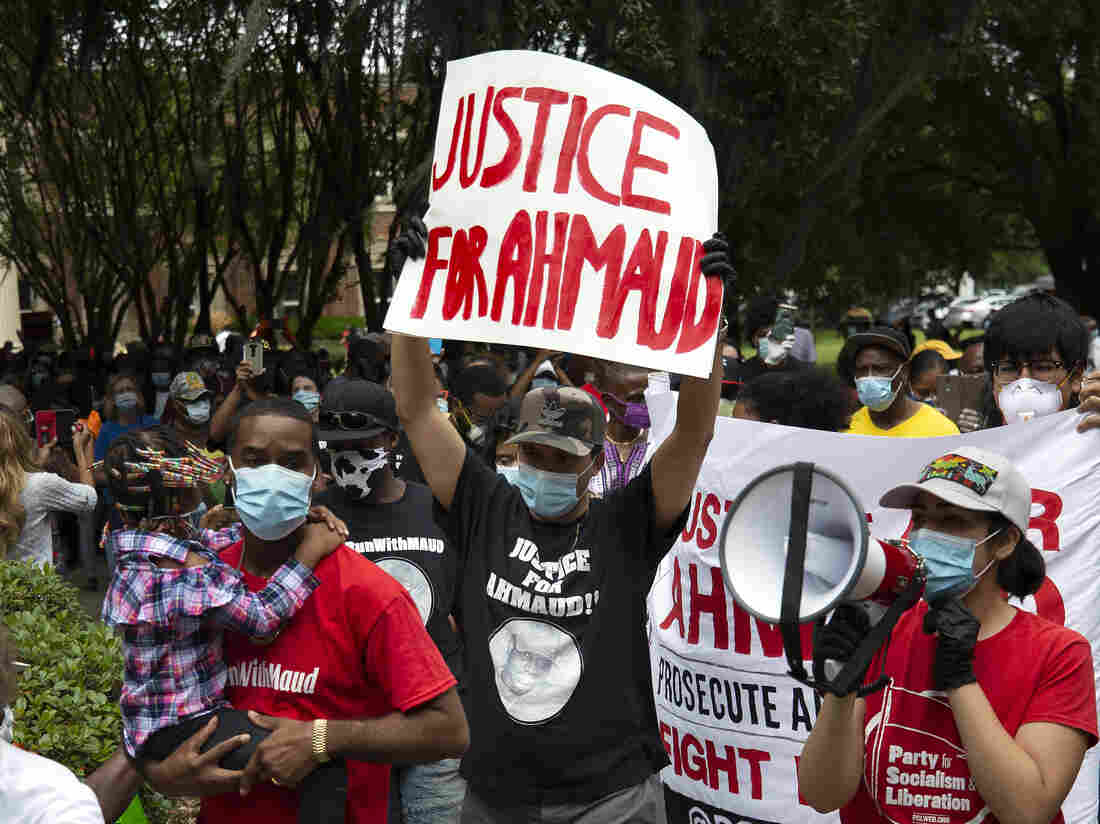 The death of Ahmaud Arbery, who was killed while jogging in February, prompted renewed calls for Georgia to pass a hate crimes law. Gov. Brian Kemp signed House Bill 426 on Friday, giving the state its first hate crime law in 16 years. Stephen B. Morton/AP hide caption 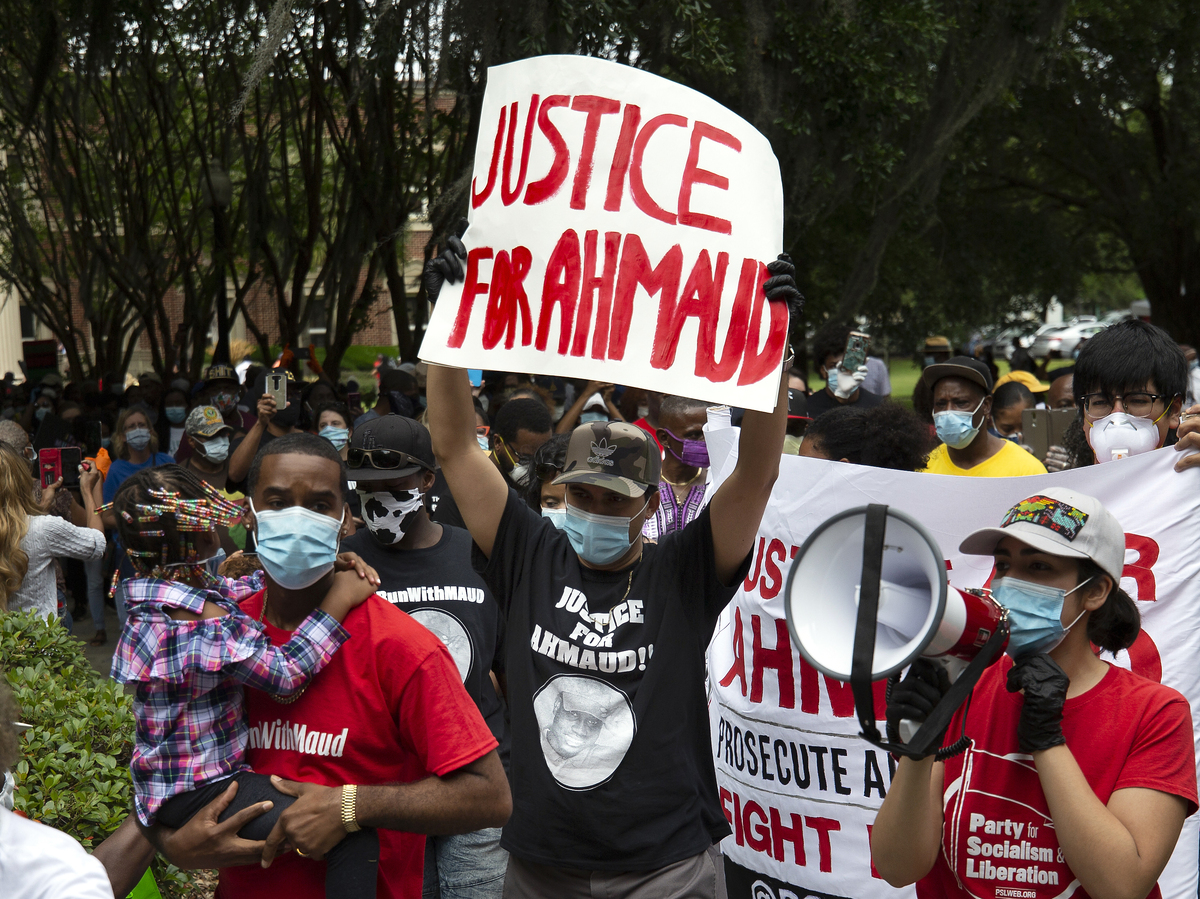 The death of Ahmaud Arbery, who was killed while jogging in February, prompted renewed calls for Georgia to pass a hate crimes law. Gov. Brian Kemp signed House Bill 426 on Friday, giving the state its first hate crime law in 16 years.

The killing of Ahmaud Arbery, a 25-year-old Black man shot dead while jogging in February, drew nationwide attention and energized efforts to pass this law.

Ahead of the signing on Friday, Kemp called House Bill 426 a "silver lining" amid difficult and stormy times.

"There are plenty of disagreements and division, but today we stand together as Republicans and Democrats, Black and white, male and female ... to affirm a simple but powerful motto, Georgia is a state too great to hate," Kemp said.

Until Friday, Georgia had been one of four states without a hate crimes law, according to the U.S. Department of Justice. This type of law criminalizes acts motivated by aspects of a victim's identity such as race, religion, sexual orientation or disability. The Georgia Supreme Court had struck down a previous law in 2004. Georgia Public Broadcasting reported the state's high court had ruled that the law was too vague.

Three white men, including a retired police officer, have been indicted in connection with Arbery's death and charged with felony murder. The Justice Department said in May it is assessing evidence to determine if hate crime charges were appropriate.

3 Men Indicted In Death Of Ahmaud Arbery, Shot While He Jogged In Georgia

A version of the bill had previously passed the state House of Representatives in March 2019 but stalled in the Senate. When lawmakers returned this month from a three-month hiatus due to COVID-19, they revived the legislation.

The final version of the law also mandates the creation of a state database tracking hate crimes.

Although the bill passed both chambers with strong bipartisan support, Georgia Public Broadcasting reported, passage of the legislation was not always guaranteed.

The NPR member station said state Lt. Gov. Geoff Duncan attempted to put forth "his own measure that would create a separate hate crime charge and tougher penalties than the House bill." That attempt failed.

Ahead of the signing of the legislation, Republican Rep. Chuck Efstration, the bill's lead sponsor, praised the final product.

"The inability to call particularly heinous crimes appropriately is a loss to all Georgians," Efstration said. "Specific offenses may now be classified properly."

The Republican governor also praised the bill as a bipartisan effort.

"This bipartisan legislation is a powerful step forward. It's a sign of progress, and it's a milestone worth applauding," Kemp said.