Accessibility links
Justice Department Charges 4 Over Attempt To Topple Andrew Jackson Statue In D.C. : Live Updates: Protests For Racial Justice The men are accused of trying to tear down the monument in Lafayette Park, near the White House. President Trump promises to prosecute such cases to the fullest extent of the law. 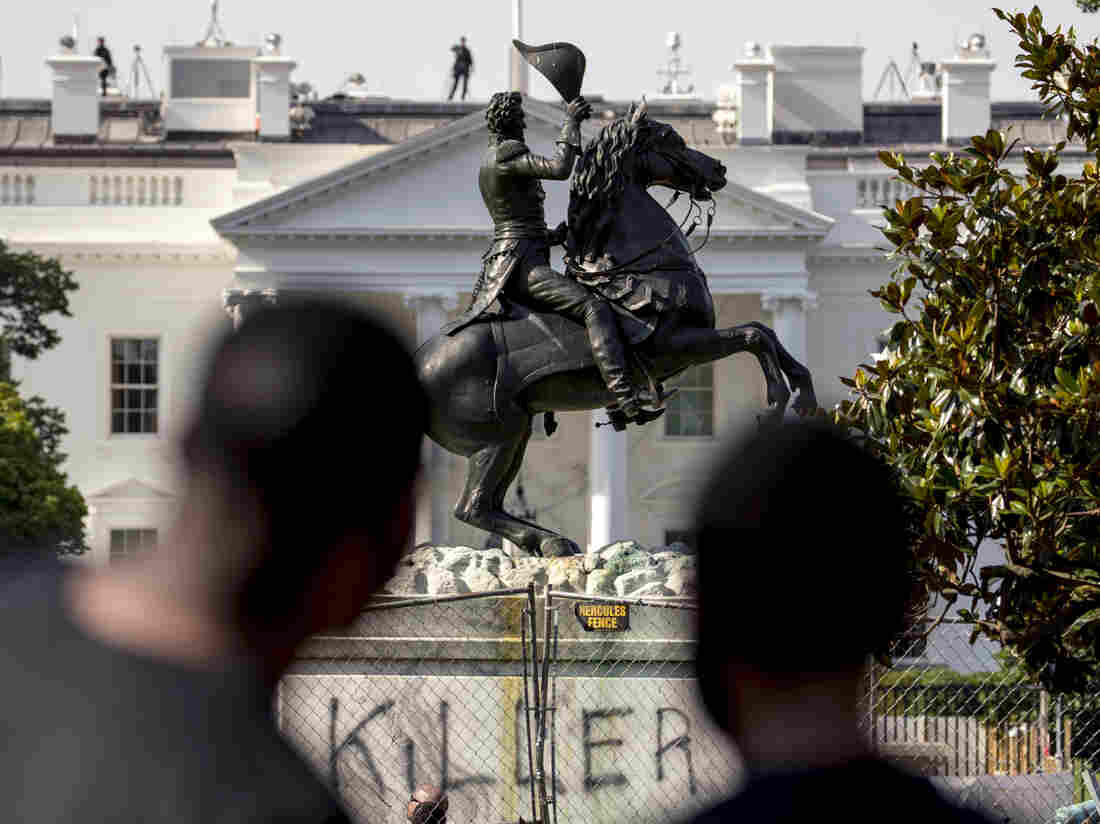 The Justice Department has charged four men in connection with the June 22 attempt to take down the statue of Andrew Jackson in Lafayette Park in Washington, D.C. Andrew Harnik/AP hide caption 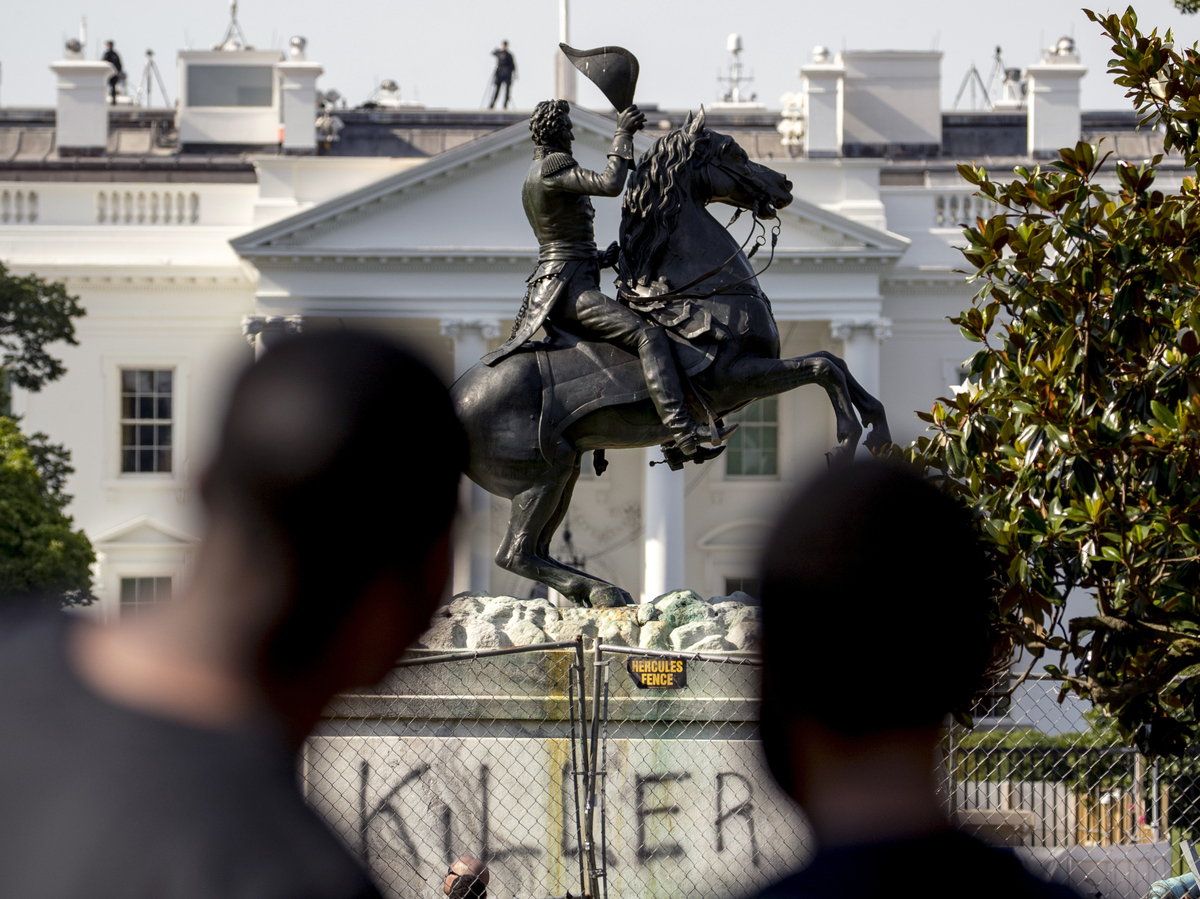 The Justice Department has charged four men in connection with the June 22 attempt to take down the statue of Andrew Jackson in Lafayette Park in Washington, D.C.

The Justice Department is charging four men with destruction of federal property over an attempt to topple a statue of Andrew Jackson in Washington, D.C.

In a criminal complaint unsealed on Saturday, the DOJ alleges that Lee Michael Cantrell, 47, Connor Matthew Judd, 20, Ryan Lane, 37, and Graham Lloyd, 37, participated in a June 22 attempt to tear down the statue in Lafayette Park, just near the White House.

The Justice Department statement says that video evidence shows all four, along with other unidentified individuals, attempting to pull down and damage the statue of Jackson, who protesters apparently targeted over his treatment of Native Americans and ownership of enslaved people.

As of Saturday, Judd was the only one of the four who had been taken into custody.

The charges were filed the same day that President Trump signed an executive order promising a crackdown on the destruction of federal monuments and threatening prosecution to the fullest extent of the law.

"I just had the privilege of signing a very strong Executive Order protecting American Monuments, Memorials, and Statues - and combatting recent Criminal Violence. Long prison terms for these lawless acts against our Great Country!" Trump tweeted after signing the order Friday.

Trump followed up his executive action by tweeting out wanted posters of people that U.S. Park Police say are responsible for damage to the park near the White House. During the course of nationwide protests, Trump has expressed furor over efforts to take down statues, previously threatening to invoke a 2003 law to give fines and jail time to those who deface or destroy federal monuments.

The attempted tear-down of Jackson's statue provoked cries of "disgraceful vandalism" from Trump, who notably holds the 7th president in high regard.