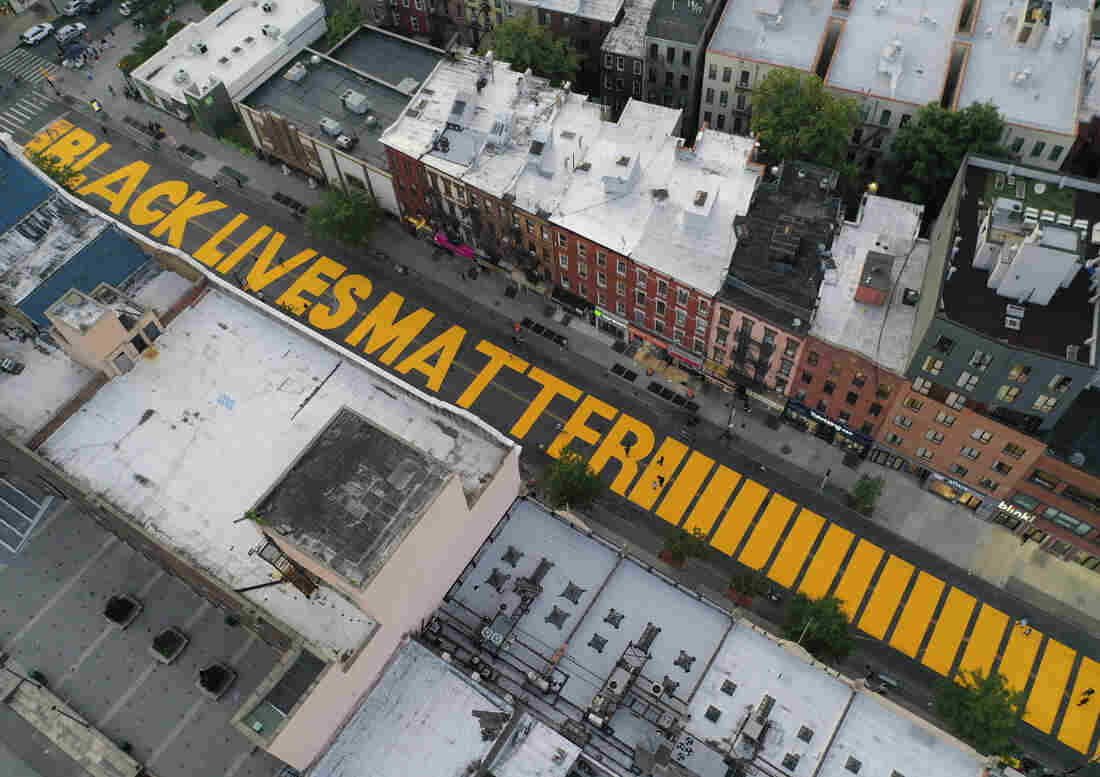 "Black Lives Matter" has already been added to Fulton Street in Brooklyn. Manhattan may be next up in New York City, but President Trump has denounced a plan to have the words painted on Fifth Avenue. John Minchillo/AP hide caption 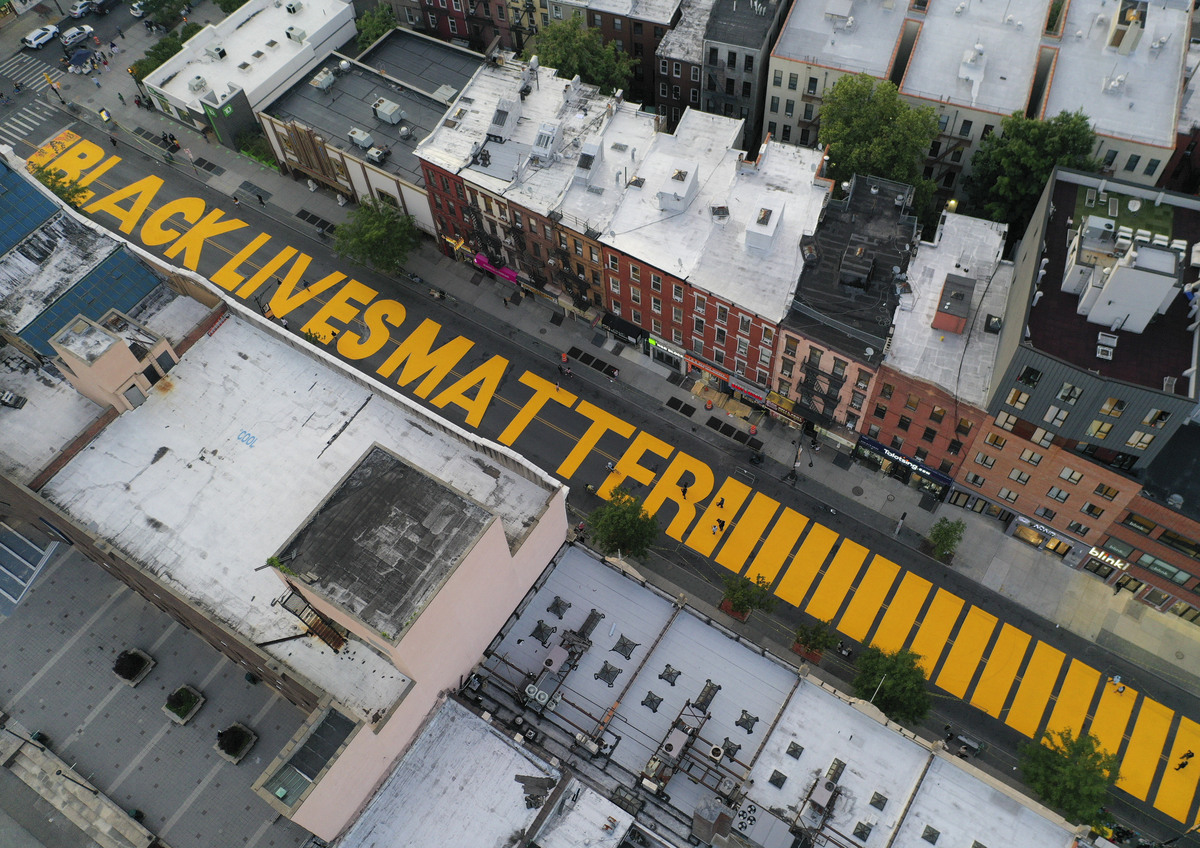 "Black Lives Matter" has already been added to Fulton Street in Brooklyn. Manhattan may be next up in New York City, but President Trump has denounced a plan to have the words painted on Fifth Avenue.

New York City Mayor Bill de Blasio spoke about the plan in an interview Wednesday with MSNBC, saying he intends to have the words painted on the street where Trump Tower sits.

Trump said doing so would amount to "denigrating this luxury Avenue" and would "further antagonize" police.

....horrible BLM chant, “Pigs In A Blanket, Fry ‘Em Like Bacon”. Maybe our GREAT Police, who have been neutralized and scorned by a mayor who hates & disrespects them, won’t let this symbol of hate be affixed to New York’s greatest street. Spend this money fighting crime instead!

"We're taking a billion dollars out of the NYPD. We're reducing the size of the NYPD, we're reducing overtime, we're moving some of the functions NYPD does now — they will be replaced by civilians handling those functions who can do them better. And we're going to take that money and put it into youth initiatives," he said.

As for painting "Black Lives Matter" on the famous street — an action that has sprung up elsewhere amid nationwide protests, including near the White House — de Blasio said he intends to send a message to Trump.

"It's an important message to the whole nation, and obviously we want the president to hear it because he's never shown respect for those three words. When he hears 'Black Lives Matter,' he presents a horrible, negative reality of something that doesn't exist, and he misses the underlying meaning that we're saying we have to honor the role of African Americans in our history and in our society," he said. "We have to make it come alive today so we're going to make it really clear to the president, it's going to be right outside his doorstep."

White House Press Secretary Kayleigh McEnany told reporters during a briefing on Wednesday that the president was referring to the organization "Black Lives Matter" when he called it a symbol of hate.

"All black lives do matter, he agrees with that sentiment, but what he doesn't agree with is an organization that chants 'pigs in a blanket, fry 'em like bacon' about our police officers, our valiant heroes that are out on the street protecting us each and every day," she said.

The bipartisan amendment was approved last month in the Senate Armed Services Committee and is part of legislation that also includes a pay raise for troops and improvements to military housing.

The annual defense bill typically passes with broad bipartisan support, and it's possible it could be approved later this month by the Senate with a veto-proof majority. The House version is expected to include a similar provision.

"I dare President Trump to veto the bill over Confederate-base naming," Schumer said at a press conference. "I think the bottom line is what's in the bill will stay in the bill."

Trump has recently defended the existence of Confederate monuments and statues as demonstrators across the country have taken to the streets to protest white supremacy and police brutality following the deaths of George Floyd, Breonna Taylor and other Black Americans at the hands of police.

On Sunday, Trump retweeted a video, apparently taken at The Villages retirement community in Florida, in which a man who appears to be a Trump supporter shouts "white power" to a group of protesters.

White House deputy press secretary Judd Deere did not condemn the racist term in the tweet but instead said, "President Trump is a big fan of The Villages. He did not hear the one statement made on the video. What he did see was tremendous enthusiasm from his many supporters."