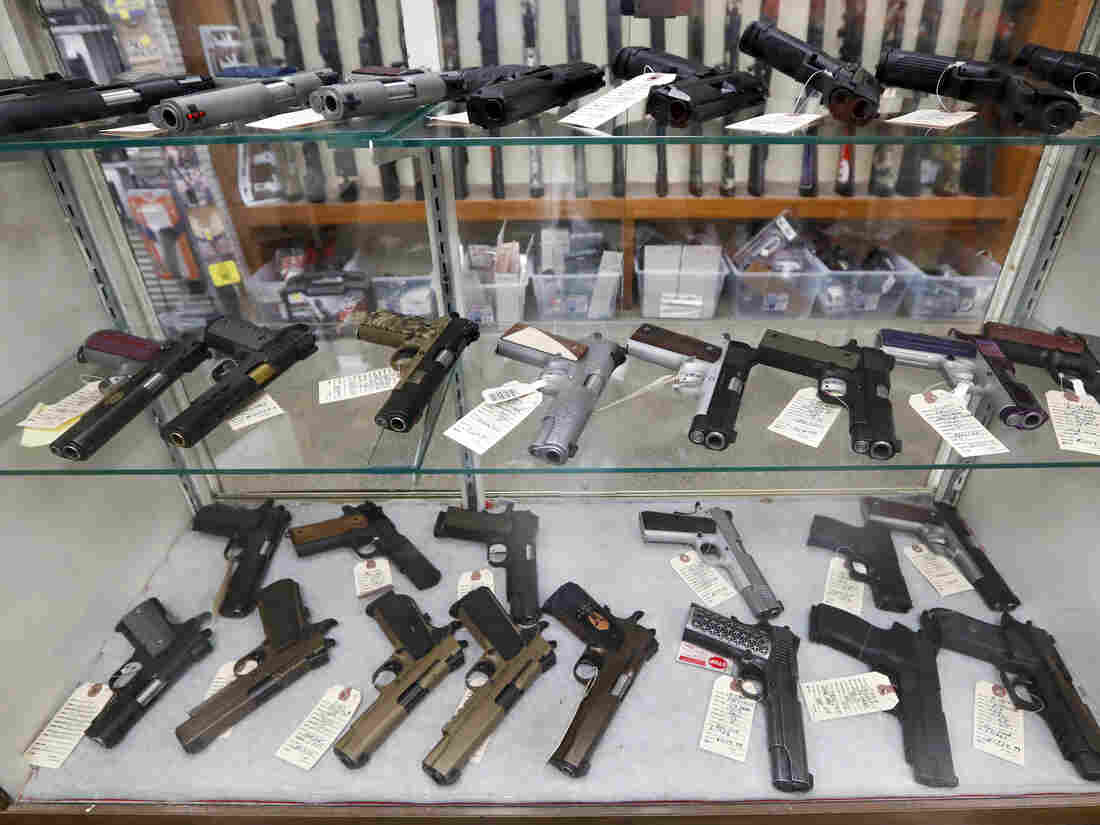 The FBI has reported a surge in background checks for gun sales. Here, firearms are for sale at a shop in New Castle, Pa. Keith Srakocic/AP hide caption 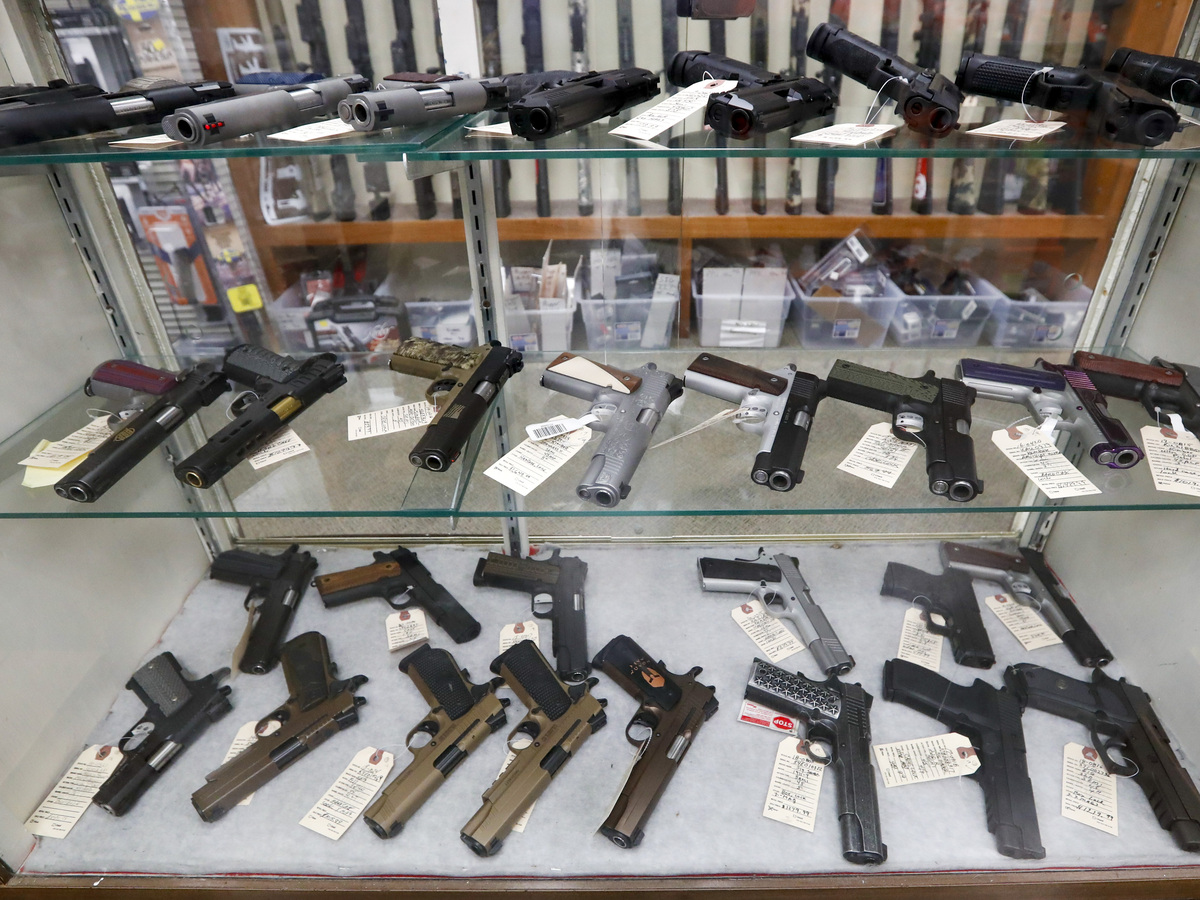 The FBI has reported a surge in background checks for gun sales. Here, firearms are for sale at a shop in New Castle, Pa.

In a year marked by coronavirus fears, a slowing economy and nationwide protests calling for an end to systemic racism, more and more Americans are looking to arm themselves, according to a key government indicator.

In fact, seven of 1o highest weeks for the National Instant Criminal Background Check System, which is run by the FBI and was launched in 1998, have come this year. This includes the first four weeks in June.

By comparison, Washington, D.C., had 897 for the month of June, while Hawaii tallied 1,660 background checks and Vermont had 4,920, according to the FBI data.

"Civil unrest, rioting, looting and calls to defund police are unquestionably motivating factors of why this trend is increasing," said Mark Oliva of the National Shooting Sports Foundation, a firearm industry trade association.

"Americans are right to be concerned for their personal safety. It's entirely reasonable that law-abiding citizens are exercising their Constitutional right to purchase a firearm to protect themselves," he said in a written statement to NPR.

NSSF's own figures, which it says are adjusted to reflect the background checks "that are coded for the sale of a firearm" show that June 2020 represented a 135.7% increase compared to June 2019.

Oliva expects that this year will see the highest number of background checks ever recorded.

"For years, the gun lobby has marketed guns using baseless, unwarranted, and exaggerated fear — fear of crime, fear of the government, even fear of a zombie apocalypse," said David Chipman, a senior policy advisor at Giffords, which promotes gun control.

"There is no doubt that this is driving the record-breaking surge in gun sales we've seen over the last few months in this country," he told NPR.

Kris Brown, the president of Brady, which is focused on ending gun violence, said pro-gun groups "have promulgated a fear of uncertainty laced with racist overtones and tropes for years."

"That this occurred during a month where we saw nationwide, peaceful demonstrations against police violence and gun violence inflicted on Black Americans and other people of color in this country cannot go overlooked," Brown said in a statement to NPR.

She added that bringing a firearm into the home does not necessarily make it more secure, and pointed out that unintended shootings claim hundreds of lives annually.

Gun sales do not precisely correspond to the number of background checks. "Multiple guns can be sold in a single check, and many checks are conducted for purposes other than sales, such as permit applications," as The Trace pointed out. The federal government does not track firearms sales, it added, so the FBI's figures provide "the best available proxy for firearms commerce."

The system also does not account for private gun sales, which do not require a background check in some states.

As NPR reported last year, the federal background check system functions much the same way it has when it was first established. When a person wants to purchase a firearm, a federally-licensed gun dealer contacts the system and typically within a few minutes federal investigators begin looking for indicators to approve or deny the purchase.

If additional research needs to be conducted, the purchase can be delayed for up to three business days. If those investigators cannot complete the additional background check within three days, the firearm transfer can go through, in what is known as a "default proceed."