Accessibility links
'Enough Is Enough': Atlanta Mayor Calls For Violence To End After Child Killed : Live Updates: Protests For Racial Justice Police are searching for those responsible in the death of 8-year-old Secoriea Turner. She was shot over the weekend near the Wendy's restaurant where Rayshard Brooks was killed last month. 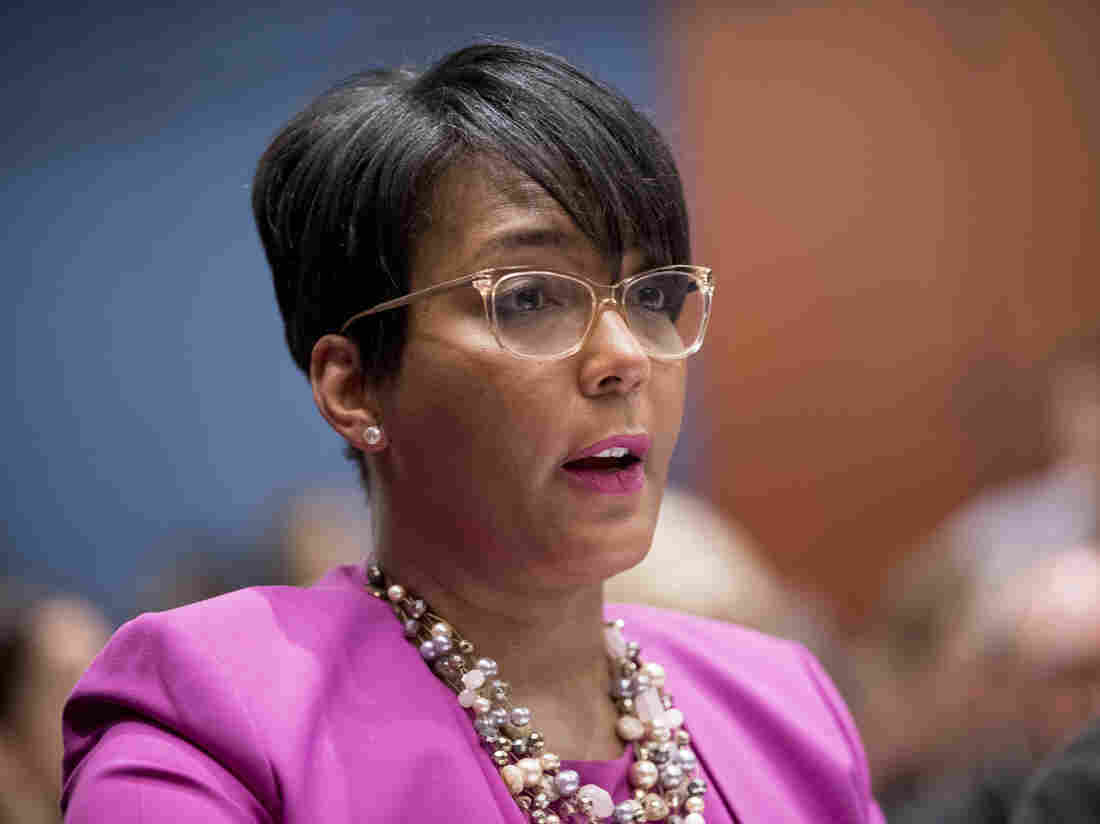 Atlanta Mayor Keisha Lance Bottoms condemned weekend violence that included the killing of an 8-year-old girl. "You can't blame this on a police officer," Bottoms said. "You can't say this is about criminal justice reform." Andrew Harnik/AP hide caption 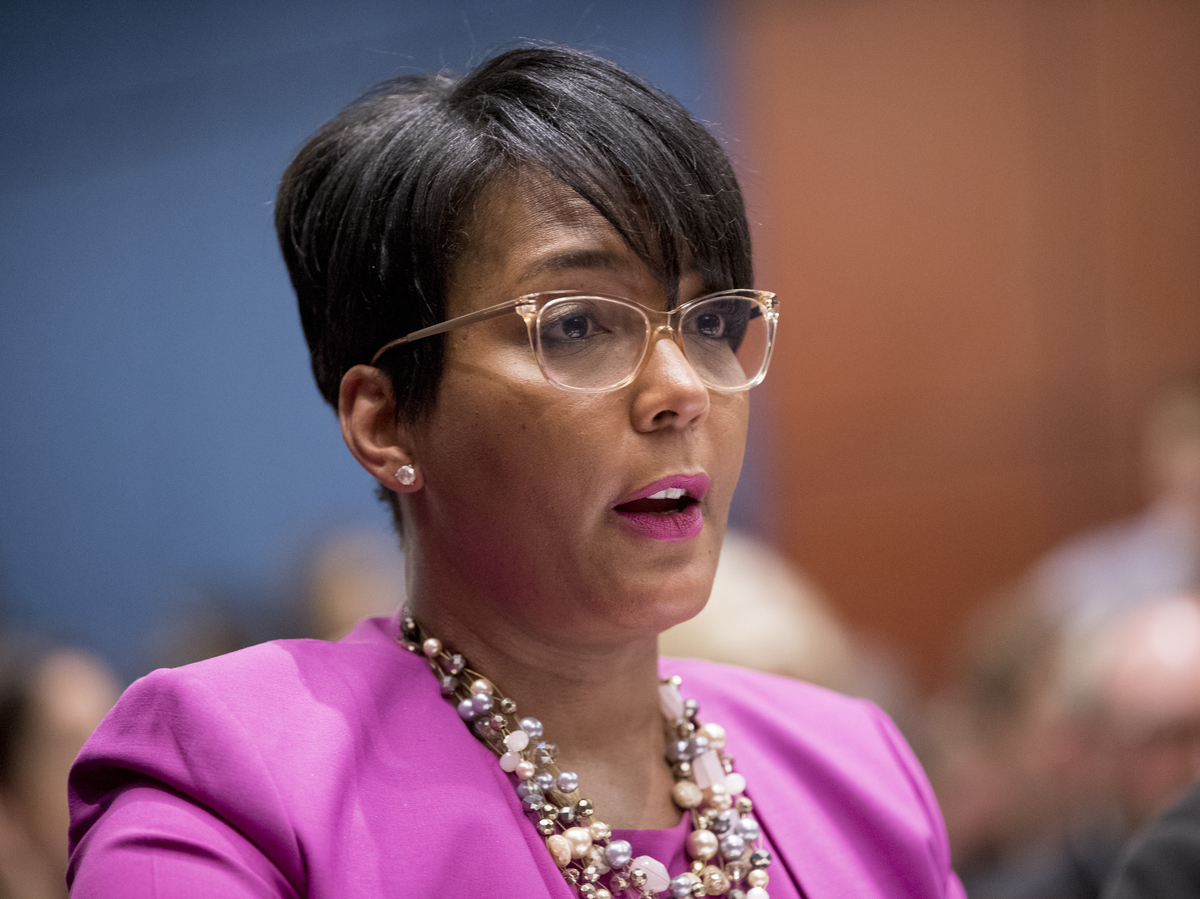 Atlanta Mayor Keisha Lance Bottoms condemned weekend violence that included the killing of an 8-year-old girl. "You can't blame this on a police officer," Bottoms said. "You can't say this is about criminal justice reform."

"Enough is enough," Atlanta Mayor Keisha Lance Bottoms said after an 8-year-old girl was killed and more than 20 other people were reported injured over a violent Fourth of July holiday weekend.

The Atlanta Police Department is offering a reward of up to $10,000 for information that leads to the arrest or indictment of those responsible in the child's killing.

Secoriea Turner was shot near the Wendy's restaurant where Rayshard Brooks was killed last month after a confrontation with police.

At an emotional Sunday evening press conference, Bottoms acknowledged the simmering tensions between Atlantans who have protested for weeks against police brutality. She said the recent spate of shootings in the city is a result of "members of the community shooting each other."

"You can't blame this on a police officer; you can't say this is about criminal justice reform. This is about some people carrying some weapons who shot up a car with an 8-year-old baby," Bottoms said. "We are doing each other more harm than any police officer on this force."

She also said the violence threatens to derail the overall message promoted by the largely peaceful protests, which gained momentum in Atlanta and in many cities across the nation following the death of George Floyd in Minneapolis in May.

"If you want people to take us seriously ... and you don't want us to lose this movement, then we can't lose each other in this," Bottoms said.

Charmaine Turner, the child's mother, pleaded with the public to help find those responsible.

"Help me, help my baby," Turner said during the media briefing. She added if Secoriea were still alive at this time, she would likely have just finished dinner and would be recording a video of herself dancing.

"We understand the frustration of Rayshard Brooks," Turner said. "We ain't got nothing to do with that. We innocent."

She added, "Somebody knows something."

According to Atlanta's interim police chief, Rodney Bryant, a man driving with Turner and her daughter attempted to pull into a parking lot on Saturday evening "when he was confronted by a group of armed individuals who had blocked the entrance."

"At some point," the chief continued, "someone in the group opened fire on the vehicle, striking it multiple times, striking the child who was inside."

In separate violence over the weekend, a 53-year-old man was also shot and killed near the same Wendy's. The area near the fast-food restaurant, which was burned in the aftermath of Brooks' killing, has been the scene of recent protests.

This recent trend of lawlessness is outrageous & unacceptable. Georgians, including those in uniform, need to be protected from crime & violence. While we stand ready to assist local leaders in restoring peace & maintaining order, we won’t hesitate to take action without them. https://t.co/NTacEm4v7o

On Monday, Atlanta police and other city officials began removing items such as flowers left in front of the restaurant to memorialize Brooks, The Atlanta Journal-Constitution reported.

Georgia Gov. Brian Kemp tweeted, "While we stand ready to assist local leaders in restoring peace & maintaining order, we won't hesitate to take action without them."

Last week, a Fulton County Superior Court judge allowed the former Atlanta police officer accused of shooting and killing Brooks to be released from jail on a $500,000 bond.