Accessibility links
Amy Cooper, Who Called Police On Black Bird-Watcher In New York, To Be Charged : Live Updates: Protests For Racial Justice The Manhattan District Attorney's Office says it is initiating a prosecution of Amy Cooper over false reporting of an incident. In a cellphone video, she claimed a Black man was threatening her. 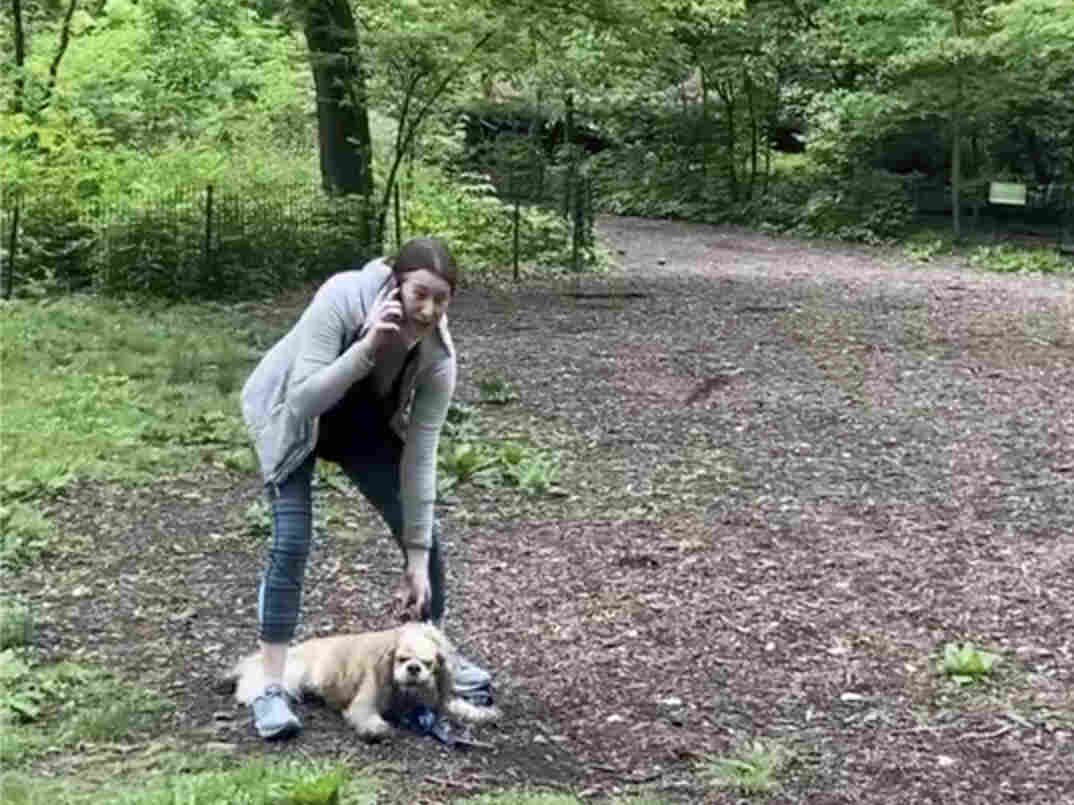 The Manhattan district attorney says he will prosecute Amy Cooper, who called police after a black man asked her to leash her dog in New York's Central Park. Christian Cooper/AP hide caption 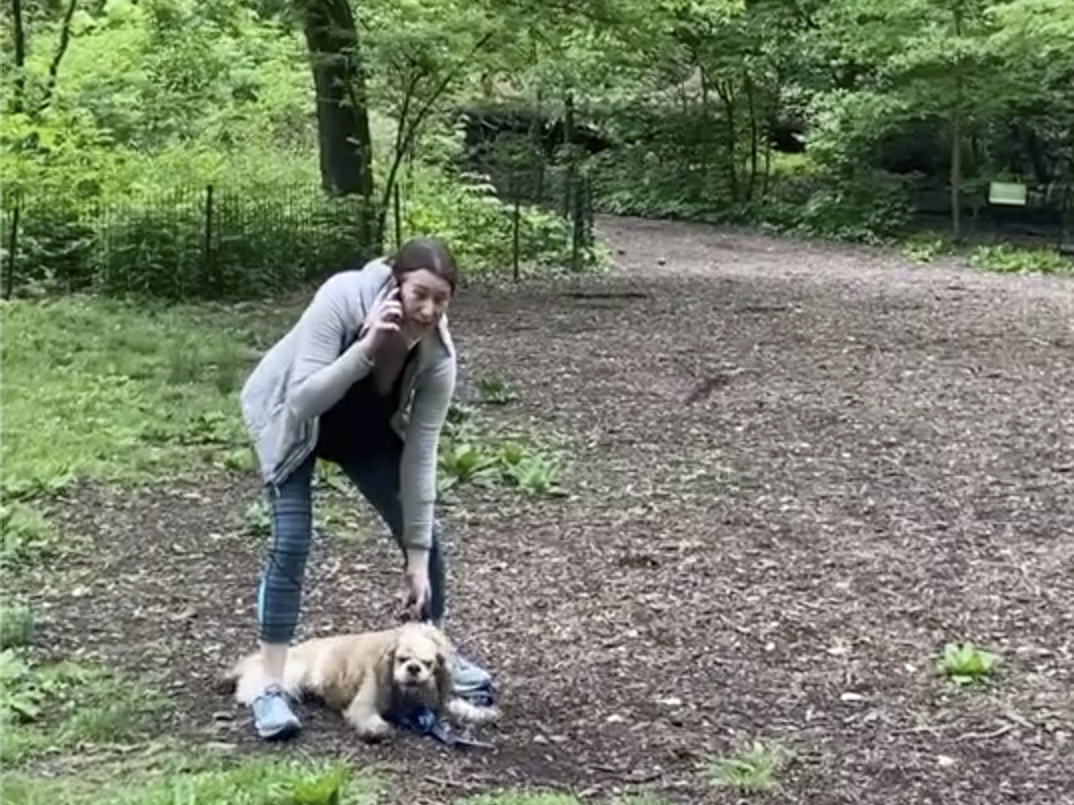 The Manhattan district attorney says he will prosecute Amy Cooper, who called police after a black man asked her to leash her dog in New York's Central Park.

A white woman who called the police and claimed a Black man was threatening her after he asked her to put her dog on a leash in New York's Central Park will be prosecuted over the incident, Manhattan's district attorney said Monday.

"Today our Office initiated a prosecution of Amy Cooper for Falsely Reporting an Incident in the Third Degree," Manhattan District Attorney Cy Vance Jr. said in a statement.

If convicted of the Class A misdemeanor, Cooper could face up to one year in jail, a fine or both.

The woman's behavior as she called the police has been widely criticized as racist at a time when the U.S. is facing a broader conversation over its legacy of racial injustice.

The incident between her and Christian Cooper, who is Black and not related, took place in a wooded area of the park that requires dogs to be leashed at all times.

Christian Cooper, an avid bird-watcher, recorded a portion of their interaction on his cellphone. It was later posted to social media and went viral.

The dispute prompted widespread discussion about incidents in which white people have called law enforcement to report people of color, and Black people in particular, for seemingly innocuous activities.

The encounter between two took place on May 25, the same day that George Floyd was killed in Minneapolis. Floyd, a Black man, died after a white officer knelt on his neck for several minutes. Floyd's death was also captured on cellphone video, and the now-former officer faces a second-degree murder charge.

The Manhattan District Attorney's Office said Amy Cooper is scheduled to be arraigned on Oct. 14. It did not immediately provide further information about the case.

"I would like to encourage anyone who has been the target of false reporting to contact our Office," Vance said. "We are strongly committed to holding perpetrators of this conduct accountable."

In Christian Cooper's video, Amy Cooper approaches him as she holds the dog's leash in one hand and pulls her dog by the collar with the other.

At one point Christian Cooper says to her, "Please don't come close to me."

She asks him to stop recording, and when he does not heed to that warning, she tells him that she'll call the police on him.

"Please call the cops," Christian Cooper says to her.

"I'm in the Ramble, and there's a man, African American, he's got a bicycle helmet. He's recording me and threatening me and my dog," she says.

Christian Cooper never appears to come closer to her. After repeating herself to the emergency dispatch operator, Amy Cooper begins yelling in the phone with more panic in her voice.

"I'm sorry. I can't hear. Are you there? I'm being threatened by a man into the Ramble. Please send the cops immediately!" she screams.

After the woman is seen putting her dog on its leash, the video ends.

Amy Cooper was fired from her job at the investment management firm Franklin Templeton after the video went viral.

She later told CNN in a statement, "I'm not a racist. I did not mean to harm that man in any way." She also said she didn't intend to hurt the African American community.

Christian Cooper told NPR in May that what she did was "pretty crappy without a doubt." But he said he wasn't sure the response to her actions had been proportionate.

"I'm not sure that her one minute of poor decision-making, bad judgment and, without question, racist response necessarily has to define her completely."