Accessibility links
Trump Calls For NASCAR Driver Bubba Wallace To Apologize Over Noose 'Hoax' : Live Updates: Protests For Racial Justice The president follows up a pair of divisive speeches over the holiday weekend by castigating the racing body for banning the Confederate flag and saying Wallace should apologize to his fellow drivers. 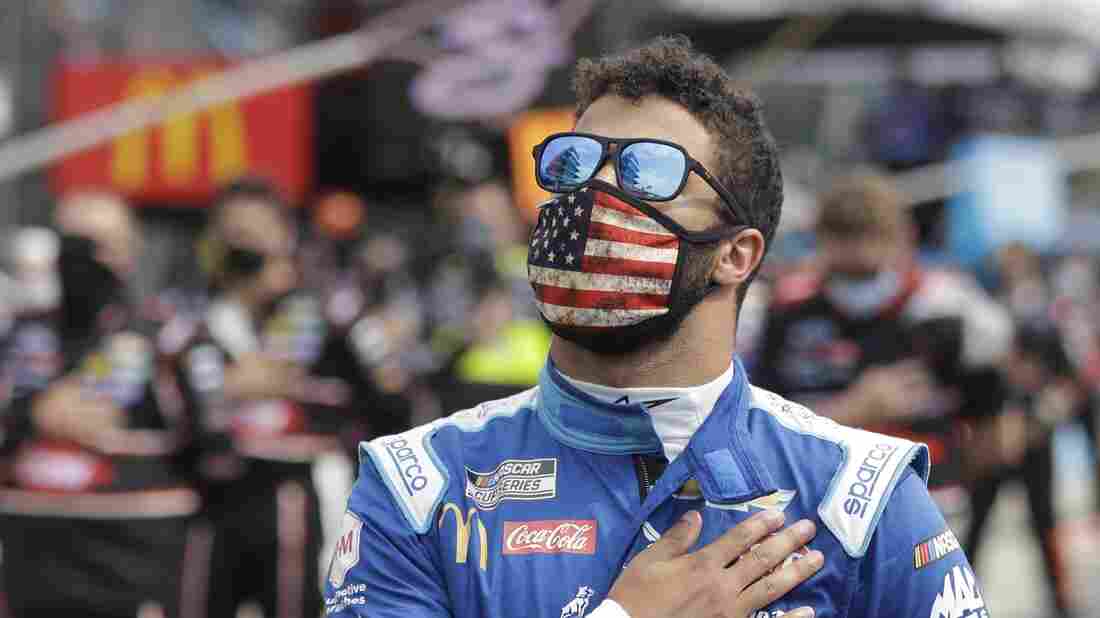 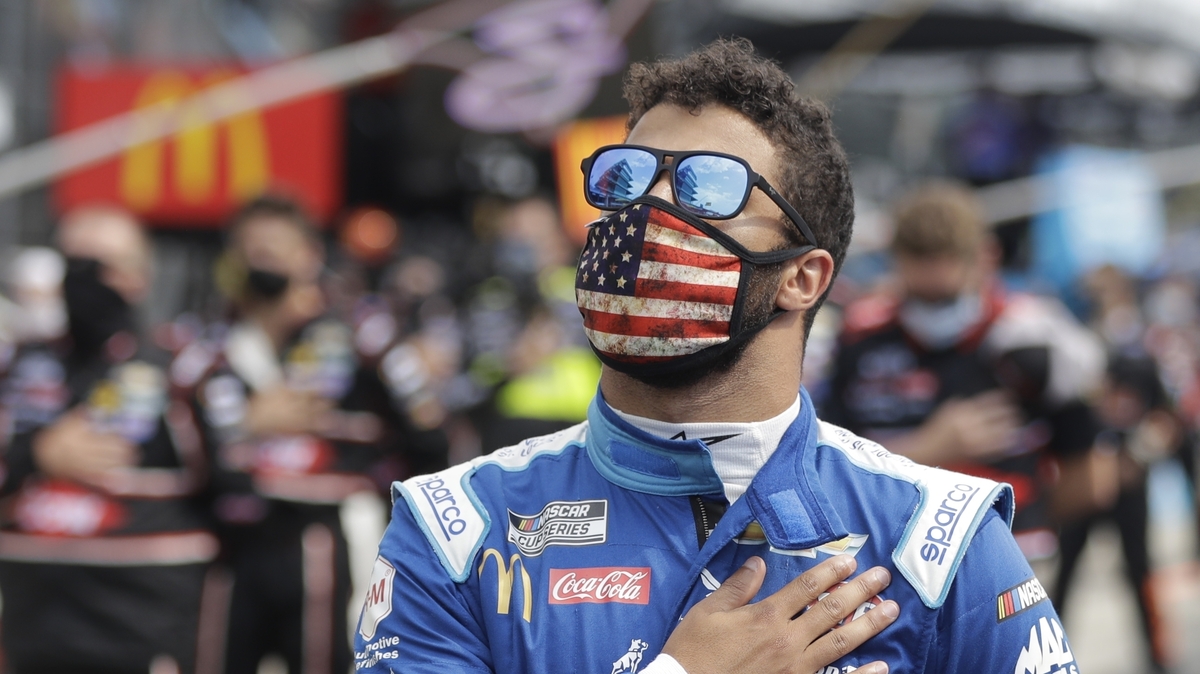 President Trump followed up a pair of divisive speeches over the holiday weekend on Monday by castigating NASCAR for banning the Confederate flag and calling on its only Black driver to apologize for "a hoax" involving a rope fashioned into a noose that the FBI later determined wasn't a hate crime.

The comments — in a tweet about NASCAR and driver Bubba Wallace — were the latest in a series of inflammatory statements Trump has made that seem aimed at stoking his base, even as his job approval numbers hovered at their lowest level amid racial tensions over George Floyd's death and the ongoing COVID-19 pandemic.

Despite Rising Coronavirus Cases, Trump's Focus Appears To Be Elsewhere

"Has @BubbaWallace apologized to all of those great NASCAR drivers & officials who came to his aid, stood by his side, & were willing to sacrifice everything for him, only to find out that the whole thing was just another HOAX? That & Flag decision has caused lowest ratings EVER!" the president tweeted Monday morning.

Later in the day, Wallace tweeted a response with the hashtag #LoveWins. He addressed it to "the next generation and little ones following my footsteps ... always deal with the hate being thrown at you with LOVE! ... Even when it's hate from the POTUS."

To the next generation and little ones following my foot steps..#LoveWins pic.twitter.com/tVaV3pkdLe

Last month, members of Wallace's team discovered the noose, which was found on the door of an infield garage stall assigned to the driver at Talladega Superspeedway in Alabama.

The following day, in a show of solidarity with Wallace, NASCAR drivers and teams pushed his No. 43 car down pit road at the speedway.

However, FBI investigators later announced that the noose had been hanging in the garage since the last big race at the speedway in October, well before it was assigned to Wallace, and that the incident did not constitute a hate crime.

Wallace, who has been a vocal supporter of the Black Lives Matter protest movement and had called for banning the Confederate flag from NASCAR events, has accepted the FBI's conclusions.

Also following Trump's tweet on Monday, NASCAR reiterated its support for Wallace, saying on Twitter: "We are proud to have Bubba Wallace in the NASCAR family and we commend his courage and leadership. NASCAR continues to stand tall with Bubba, our competitors and everyone who makes our sport welcoming and inclusive for all racing fans."

Despite Trump's tweet, White House press secretary Kayleigh McEnany said the president was not taking a position on NASCAR's removal of the Confederate flag, but she defended his call for an apology from Wallace.

"The FBI ... has concluded that this was not a hate crime, and he believes it would go a long way if Bubba came out and acknowledged this as well," she told reporters.