Accessibility links
Sen. Loeffler 'Disappointed' In WNBA Decision On Social Justice Initiative : Live Updates: Protests For Racial Justice U.S. Sen. Kelly Loeffler, a co-owner of the Atlanta Dream, wrote a letter to the WNBA saying she was "incredibly disappointed" that the league would align itself with the Black Lives Matter movement. 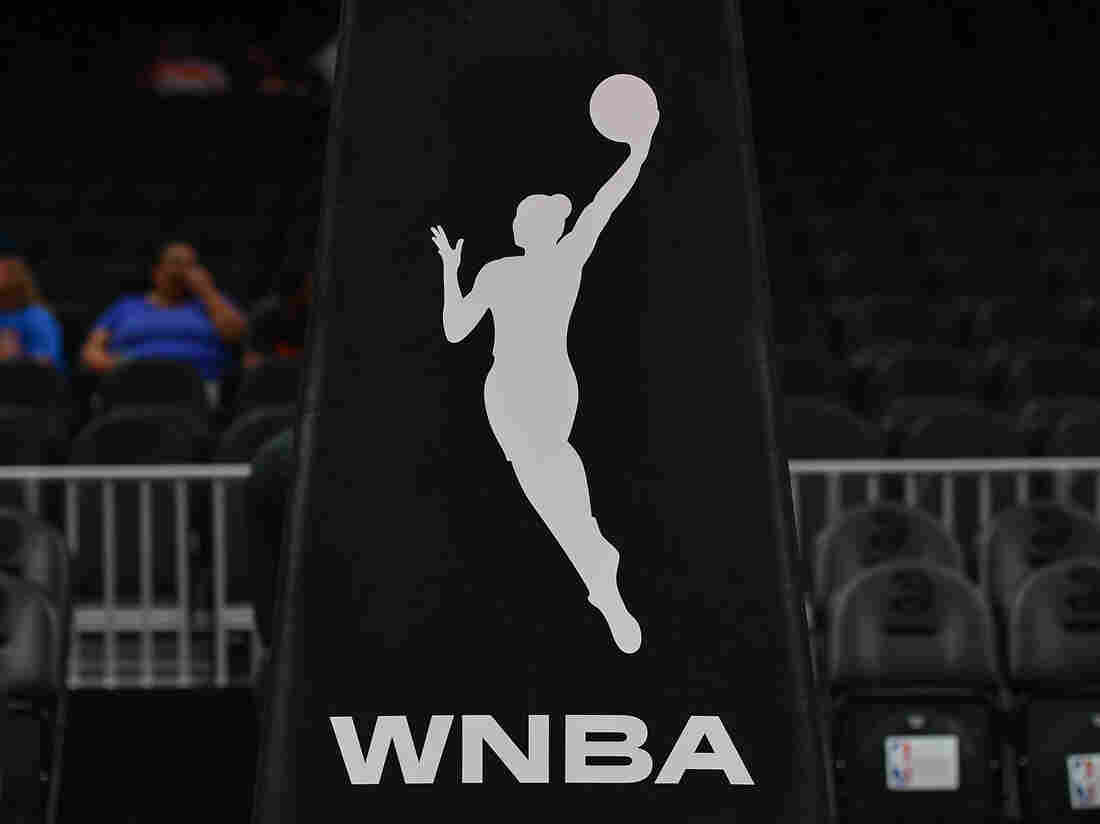 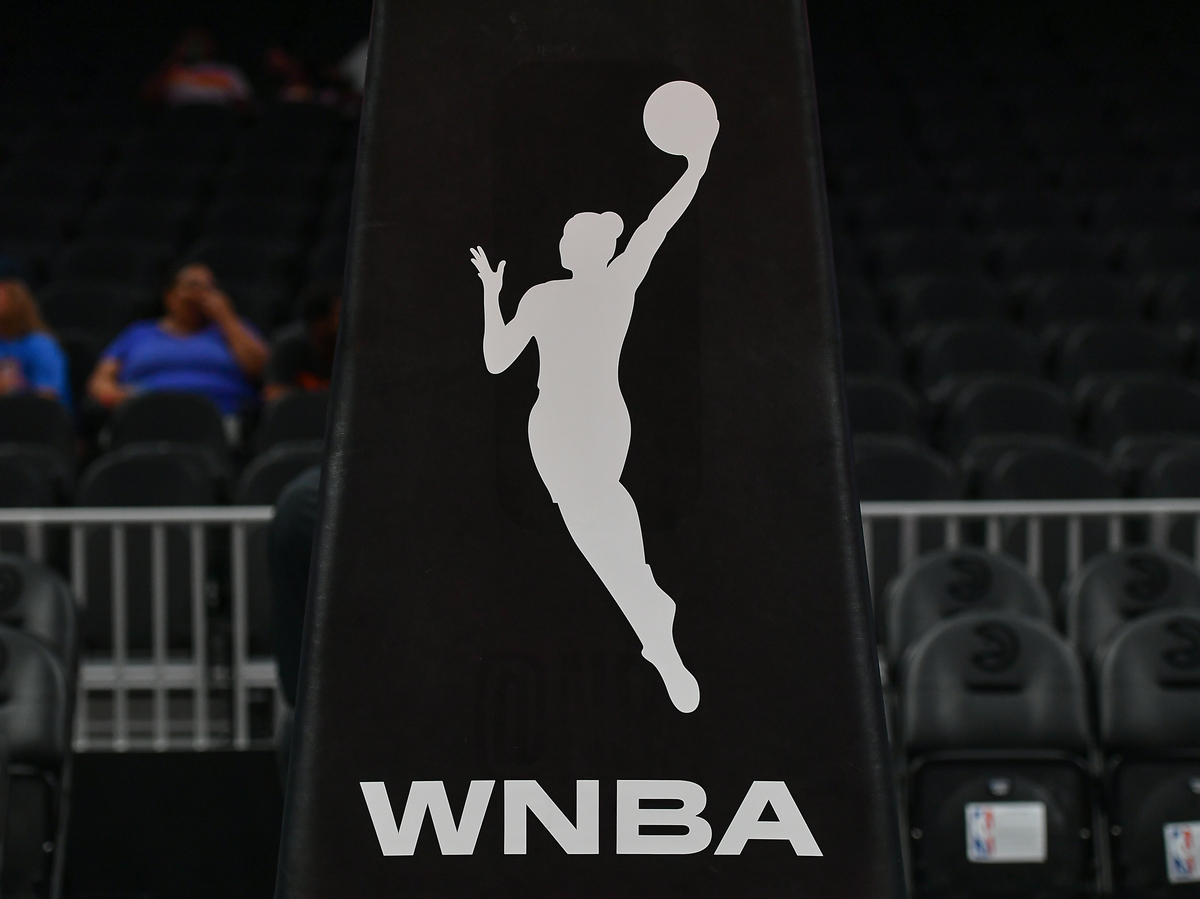 The WNBA announced it launched a Social Justice Council with a mission of raising awareness on issues concerning race, voting rights and LGBTQ+ advocacy.

The WNBA season is scheduled to tip off later this month, and players hope fans marvel at their precision passes, shooting accuracy and speed during a fast break. But the league also hopes to shine a spotlight on another type of movement: the call for social justice reform.

The league and the Women's National Basketball Players Association announced the 2020 season will be dedicated to addressing the nation's "long history of inequality, implicit bias and racism" that disproportionately impacts communities of color.

The season will highlight the Black Lives Matter movement and the Say Her Name campaign with related slogans available for players to wear on their uniforms.

On Tuesday Sen. Kelly Loeffler, R-Ga., sent a letter to WNBA Commissioner Cathy Engelbert objecting to the initiative, adding that she was "incredibly disappointed to read about efforts to insert a political platform into the league."

.@WNBA should stand for and unite around the American Flag — not divisive political movements like BLM that unapologetically seek to defund the police. https://t.co/pv0anJzUJb #gapol #gasen

Loeffler, who was appointed to fill a vacancy in the Senate, is a co-owner of the WNBA franchise the Atlanta Dream. She is a supporter of President Trump and is facing a tough challenge in a special election this November.

The senator also told the WNBA that aligning itself with the Black Lives Matter movement "undermines the potential of the sport and sends a message of exclusion."

"The truth is, we need less—not more politics in sports," Loeffler wrote.

"In a time when polarizing politics is as divisive as ever, sports has the power to be a unifying antidote. And now more than ever, we should be united in our goal to remove politics from sports."

While she said "the lives of each and every African American matter," Loeffler also offered the league a counter suggestion: to put an American flag on every jersey, including on licensed apparel for coaches, players and fans. 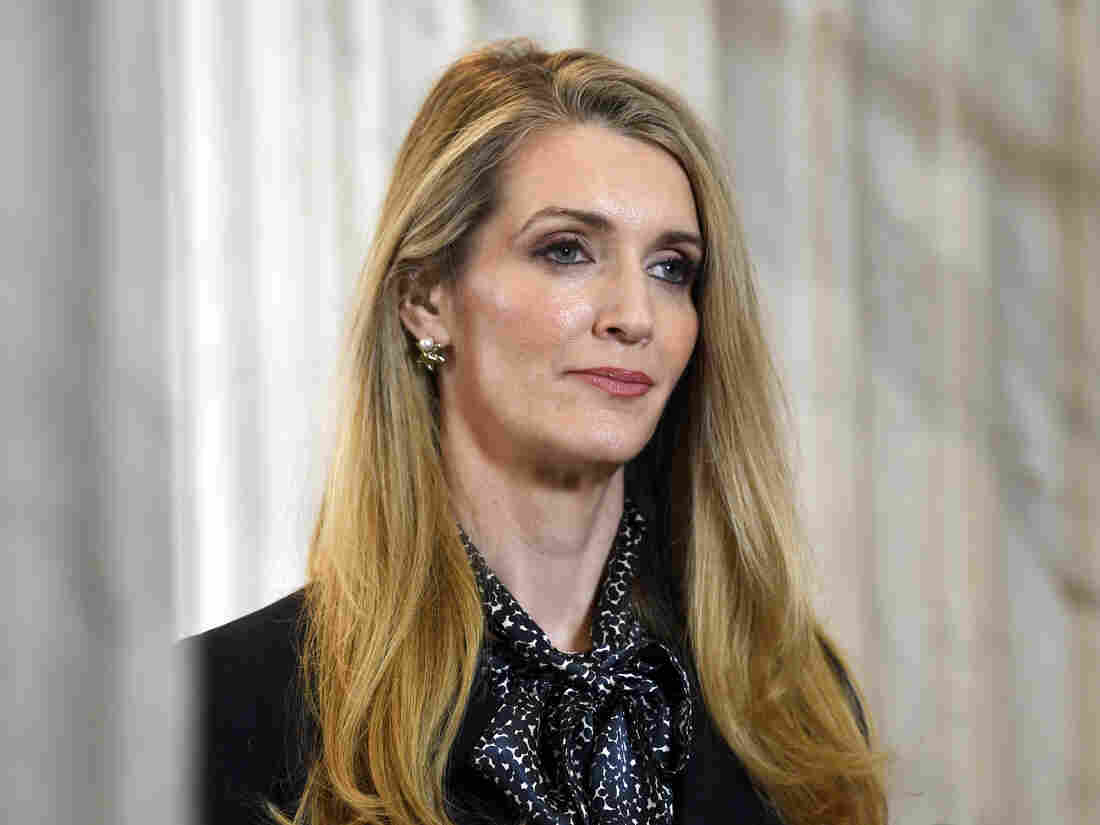 Sen. Kelly Loeffler, R-Ga., is co-owner of the WNBA franchise the Atlanta Dream. "The truth is, we need less—not more politics in sports," she wrote in a letter to WNBA Commissioner Cathy Engelbert. Susan Walsh/AP hide caption 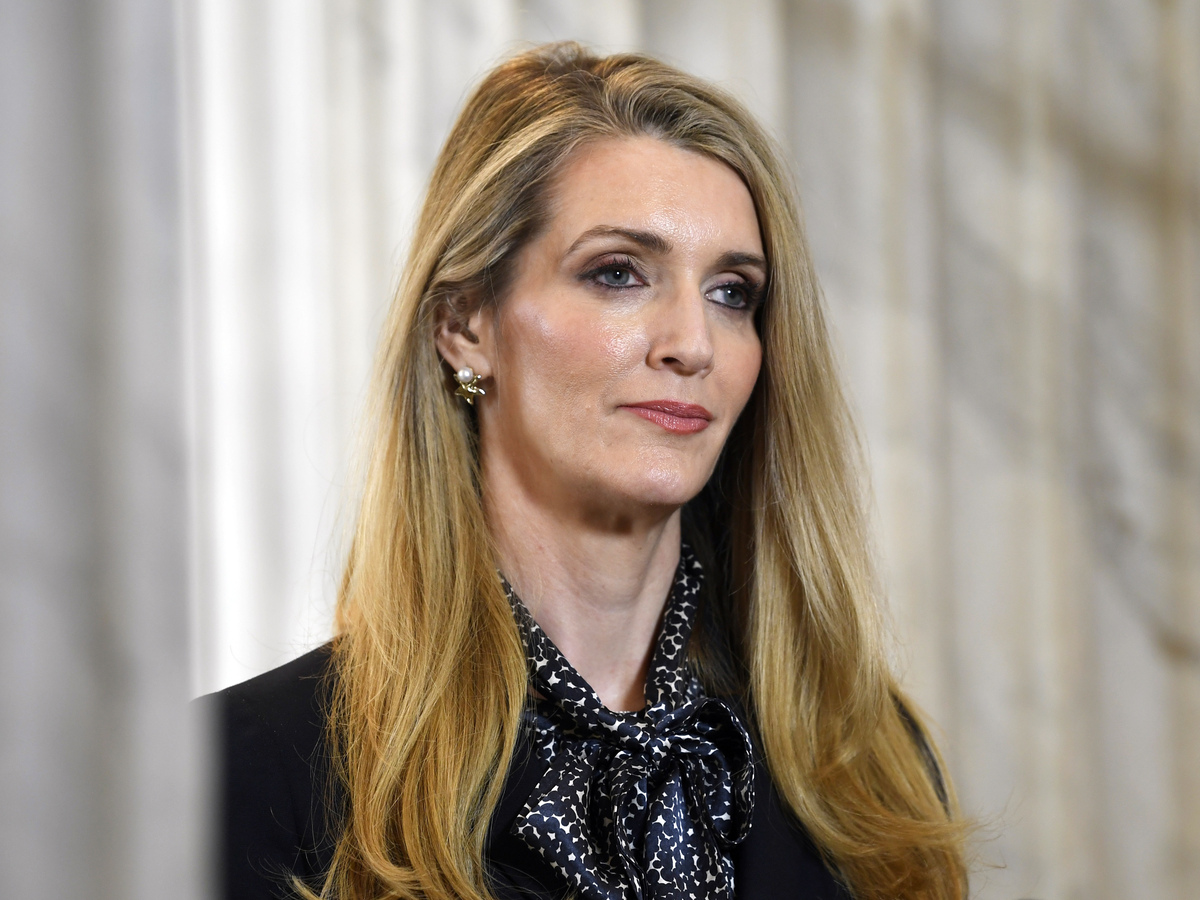 Sen. Kelly Loeffler, R-Ga., is co-owner of the WNBA franchise the Atlanta Dream. "The truth is, we need less—not more politics in sports," she wrote in a letter to WNBA Commissioner Cathy Engelbert.

Engelbert, the WNBA commissioner, issued a statement Tuesday reiterating the league would continue to "vigorously advocate" on behalf of social justice reforms.

"The WNBA is based on the principle of equal and fair treatment of all people and we, along with the teams and players, will continue to use our platforms to vigorously advocate for social justice," Englebert said.

"Sen. Kelly Loeffler has not served as a Governor of the Atlanta Dream since October 2019 and is no longer involved in the day-to-day business of the team."

The following was released by the WNBA: pic.twitter.com/wH6ZmyDDcx

The Atlanta-Journal Constitution, which first reported on Loeffler's letter to the WNBA, points out that several high-profile players including Sue Bird, Skylar Diggins-Smith and Natasha Cloud recently lobbied the commissioner to sanction Loeffler.

The senator has referred to armed Black protesters near the site where Rayshard Brooks was killed by a white Atlanta police officer last month as "mob rule."

Georgia is an open carry state.

For the first weekend of the season, slated to begin later this month, players may wear special uniforms honoring Breonna Taylor, a Black woman who was shot and killed by Louisville police executing a no-knock search warrant in March.

League officials say that players can choose to wear Taylor's name on their uniforms throughout the season.

The league and the players association are also in talks about how to honor other women and girls of color who are "the forgotten victims of police brutality and violence." A WNBA statement also names Sandra Bland and Vanessa Guillen, in addition to Taylor.

WNBA announces a 2020 season dedicated to social justice with games honoring the Black Lives Matter movement and the #SAYHERNAME campaign.

Guillen, an Army specialist, was last seen in April at Fort Hood in Texas. Last week, her remains were found near where she went missing. Bland died in 2015 police custody in Texas.

"We are incredibly proud of WNBA players who continue to lead with their inspiring voices and effective actions in the league's dedicated fight against systemic racism and violence," WNBA Commissioner Cathy Engelbert said in a statement.

Nneka Ogwumike, the president of the league's players' association and a forward for the Los Angeles Sparks, called the effort "a pivotal moment" in modern sports history.

"With 140-plus voices all together for the first time ever, we can be a powerful force connecting to our sisters across the country and in other parts of the world," Ogwumike said.

The WNBA also announced the formation of the WNBA/WNBPA Social Justice Council, which plans to hold a series of conversations centered around race, LGBTQ+ advocacy, gun control and voting rights.

Las Vegas Aces forward Angel McCoughtry tweeted, "We have yet to scratch the surface into making a better America !"

God is so Amazing🙏🏾!! We have yet to scratch the surface into making a better America !

People have asked , what is putting the names on a jersey gonna do ? Well we plant seed for a better tomorrow. Yes , it takes time to grow but in due time amazing things will bloom.

"People have asked , what is putting the names on a jersey gonna do ? Well we plant seed for a better tomorrow. Yes , it takes time to grow but in due time amazing things will bloom," McCoughtry said.

Because of the ongoing concerns with the coronavirus, the WNBA season will be shortened and played at a "bubble" location in Florida. The NBA has similar plans.

The IMG Academy in Bradenton, about 45 miles south of Tampa, will host all 12 WNBA franchises for a 22-game regular season, followed by a traditional playoff format.

On Monday, the league announced seven out of 137 WNBA players tested positive for the coronavirus. The league said the tests were conducted between June 28 and July 5.

As NPR reported last week, the NBA has confirmed at least 25 of its players have tested positive for the virus. They are scheduled to resume their season in the Orlando area later this month.

All but one of the WNBA teams were scheduled to arrive early this week at the IMG Academy facilities.

The league said the Indiana Fever delayed their travel "at least five days in an abundance of caution," citing the Centers for Disease Control and Prevention's self-quarantine guidelines.