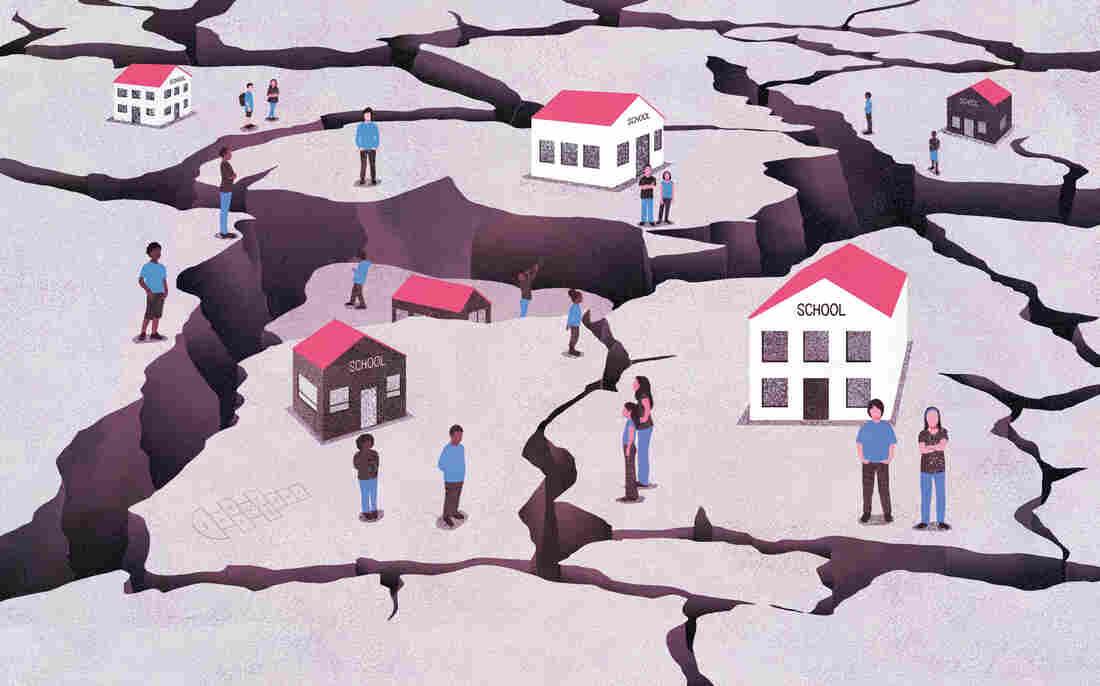 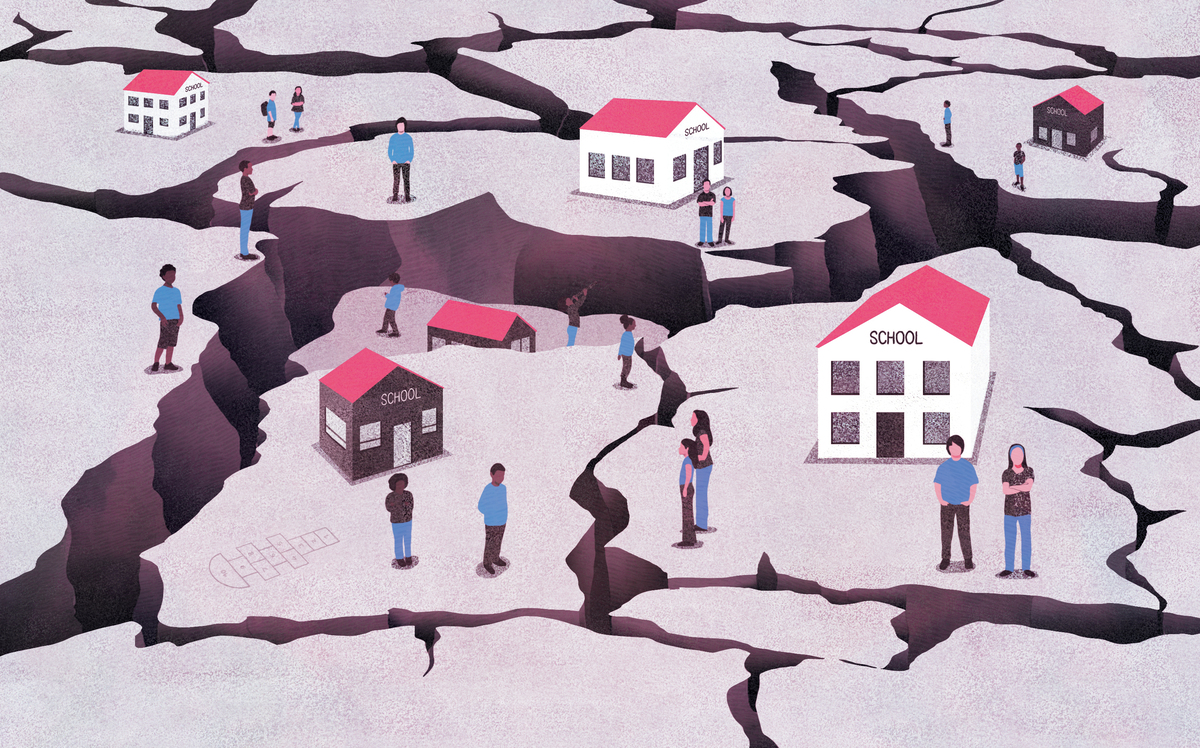 In 1954, the Supreme Court ruled in Brown v. Board of Education that racial segregation in schools was unconstitutional. The decision is often framed as a landmark decision that transformed education for Black students, allowing them equal access to integrated classrooms.

But more than six decades later, segregation in American schools is still very much a reality, says Rebecca Sibilia, founder of EdBuild, a nonprofit that investigated school funding inequities in America.

That's because of another important, but less-studied Supreme Court case: Milliken v. Bradley in 1974.

In Milliken, the Supreme Court ruled that if a school district line is drawn anywhere for almost any reason, Sibilia says, desegregation doesn't have to cross that border.

"It ultimately had the effect of, in essence, reversing a lot of the impact of Brown," Sibilia says, and "entrenched the power of the school district border in desegregation efforts."

This created a system of fractured communities — and a fractured system of education funding — that means even today, only about half of America's 50 million public school students attend integrated schools, Sibilia says.

"The other half are enrolled in predominantly white or predominantly nonwhite school districts," she says. "And when you get to 75, 85% white or nonwhite, really, desegregation can't be meaningfully achieved."

Here are excerpts from her interview on All Things Considered.

Let's talk about the mechanics of how resources also don't get distributed equally among school districts. Can you explain the basics of how we fund our public schools?

Property taxes and locally raised taxes make up about half of all education funding. And the state then tries to make up the difference between what local communities can raise. ... What we find is that even though the states make valiant efforts to do so, they consistently fall short.

What alternative funding models would be more equitable than funneling local taxes into school districts?

Funding education through property taxes is not a bad thing. It's actually a very good thing. Property taxes tend to be the most stable of all of our revenue sources, and that's certainly going to show itself over the next few years where state economies are going to be really hurt by this pandemic.

So fixing the problem means allowing property taxes to escape the border, in essence. So these borders that have become unmalleable because of that Milliken v. Bradley decision don't necessarily need to define where property taxes stay.

We've conflated this idea of local funding and local control of schools. But what we need to do is start to separate those concepts. Just because you're running your own schools and governing your own schools doesn't necessarily mean that you get to keep all of your money.

What we've put forward in one of our final EdBuild [reports] is the idea that maybe we can actually be busing dollars across a school district border even if we can't bus kids across it. ... It would serve to smooth out these wealth discrepancies that we see coming from very fractured property tax bases and allow for a much more even start to our school funding system.