Accessibility links
Virginia Governor Calls For Renaming Schools That Honor Confederate Leaders : Live Updates: Protests For Racial Justice Gov. Ralph Northam wrote a letter to school boards across the state saying he wants to change the names that have a "traumatizing impact on students, families, teachers and staff of all backgrounds." 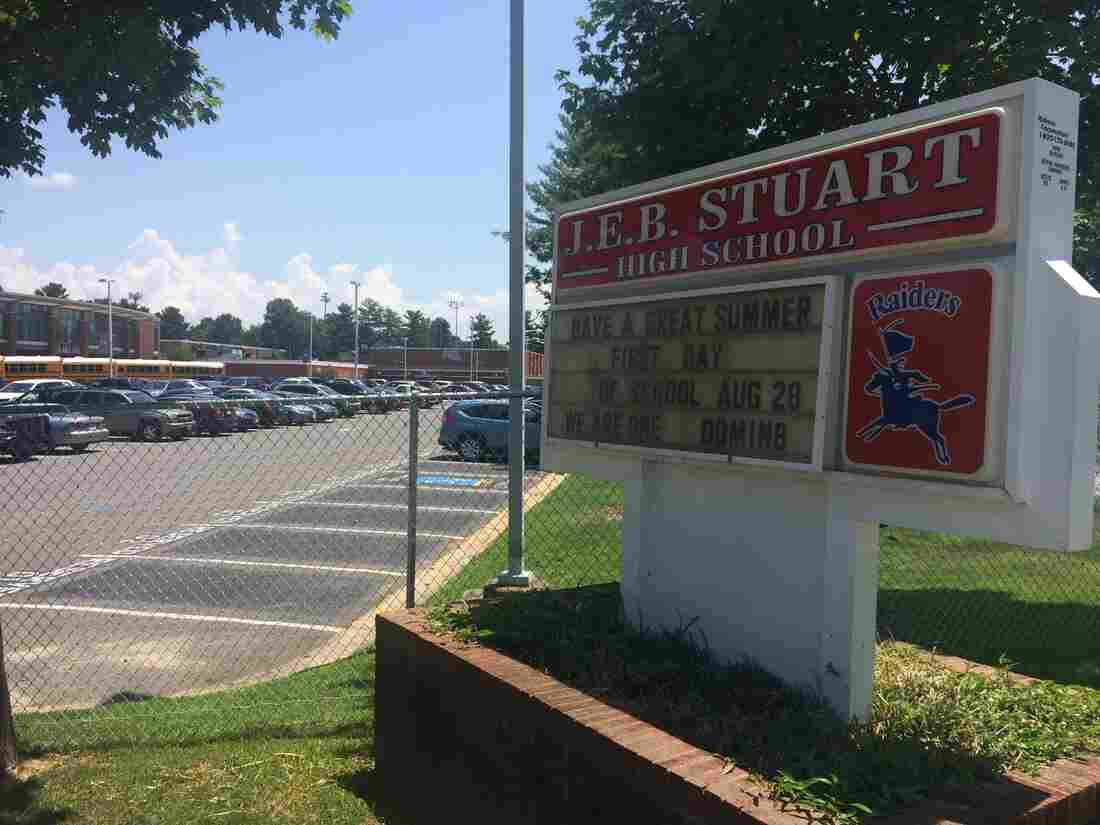 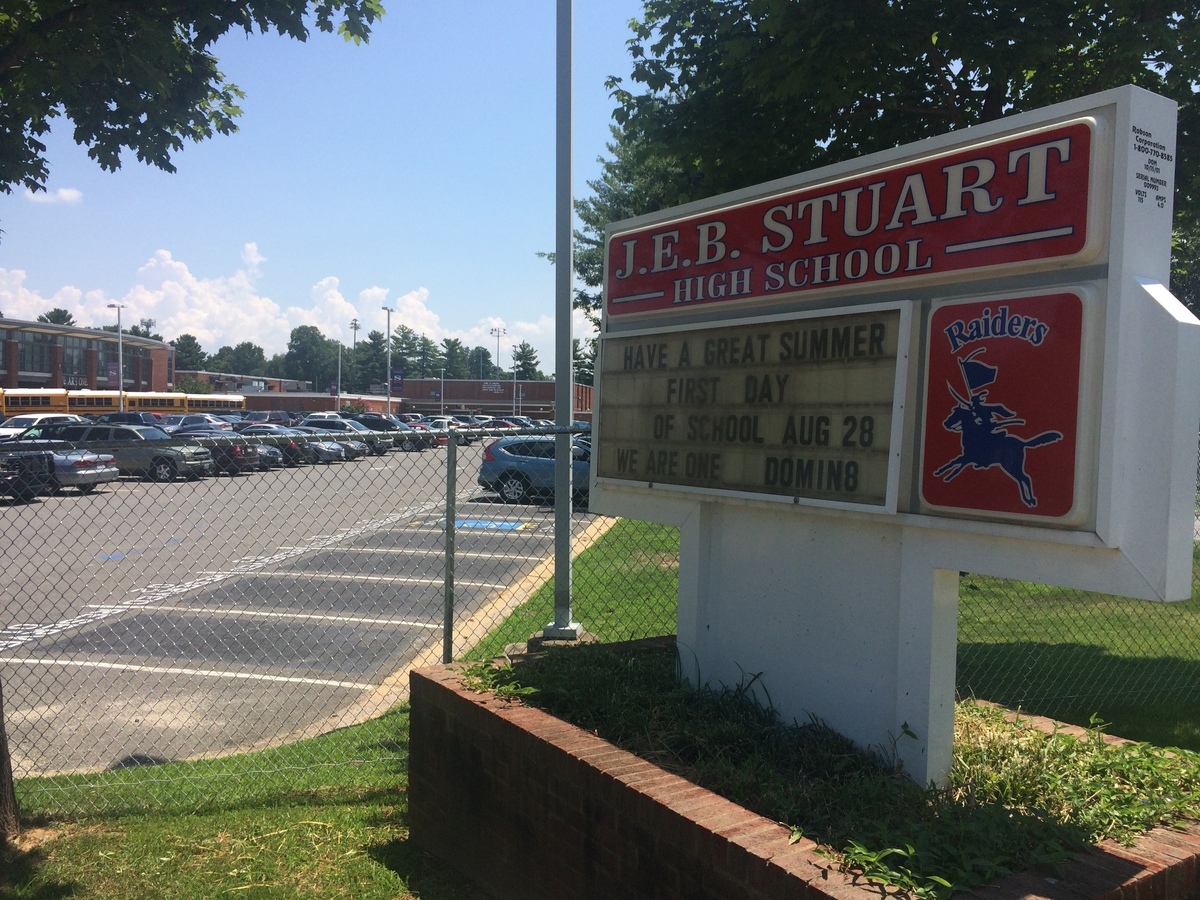 The sign for J.E.B. Stuart High School in Falls Church, Va., named after the slaveholding Confederate general, photographed in 2017. The name was changed to Justice High School two years ago.

Virginia Gov. Ralph Northam has written a letter to school boards across the state saying he wants to change the names of schools and mascots honoring Confederate leaders.

"When our public schools are named after individuals who advanced slavery and systemic racism, and we allow those names to remain on school property, we tacitly endorse their values as our own," Northam, a Democrat, wrote in the letter dated Monday.

"This is no longer acceptable," he said, warning of the "traumatizing impact on students, families, teachers and staff of all backgrounds."

"Now is the time to change" the names "to reflect the inclusive, diverse, and welcoming school community every child deserves, and that we, as leaders of the Commonwealth, have a civic duty to foster," he said.

Even before Northam's letter, the Fairfax County School Board voted last month to rename Robert E. Lee High School, with the student body charged with deciding on a new name before the start of the fall semester.

In the city of Norfolk, said to have the most schools honoring Confederate figures, the school board is expected to meet this month to discuss moving forward on name changes, according to 13 News.

Public buildings — particularly public schools — named after Confederate leaders have come in for renewed scrutiny in recent months amid the Black Lives Matter protests. Statues and monuments to some of those historic figures have also been forcefully pulled down by demonstrators. A week ago, a statue of Confederate Gen. Stonewall Jackson was removed in the state capital, Richmond, on an order from the mayor. On Tuesday, work crews in Richmond removed a statue of Confederate Gen. J.E.B. Stuart as a crowd looked on and cheered.

Many of the Confederate statues were erected decades after the Civil War, as white leaders sought to glorify the "lost cause" of the South and reinforce Jim Crow laws meant to segregate Black people and disenfranchise them at the voting booth.

Last month, President Trump issued an executive order dispatching Department of Homeland Security personnel to protect the monuments from what he called "anarchists and left-wing extremists."