Accessibility links
University Of California System Names First Black President In Its History : Live Updates: Protests For Racial Justice Michael Drake, a physician, previously served as the president of The Ohio State University. He was unanimously approved by the University of California Board of Regents on Tuesday.

Michael Drake Will Be The 1st Black President In U.C. System's 152-Year History

Michael Drake Will Be The 1st Black President In U.C. System's 152-Year History 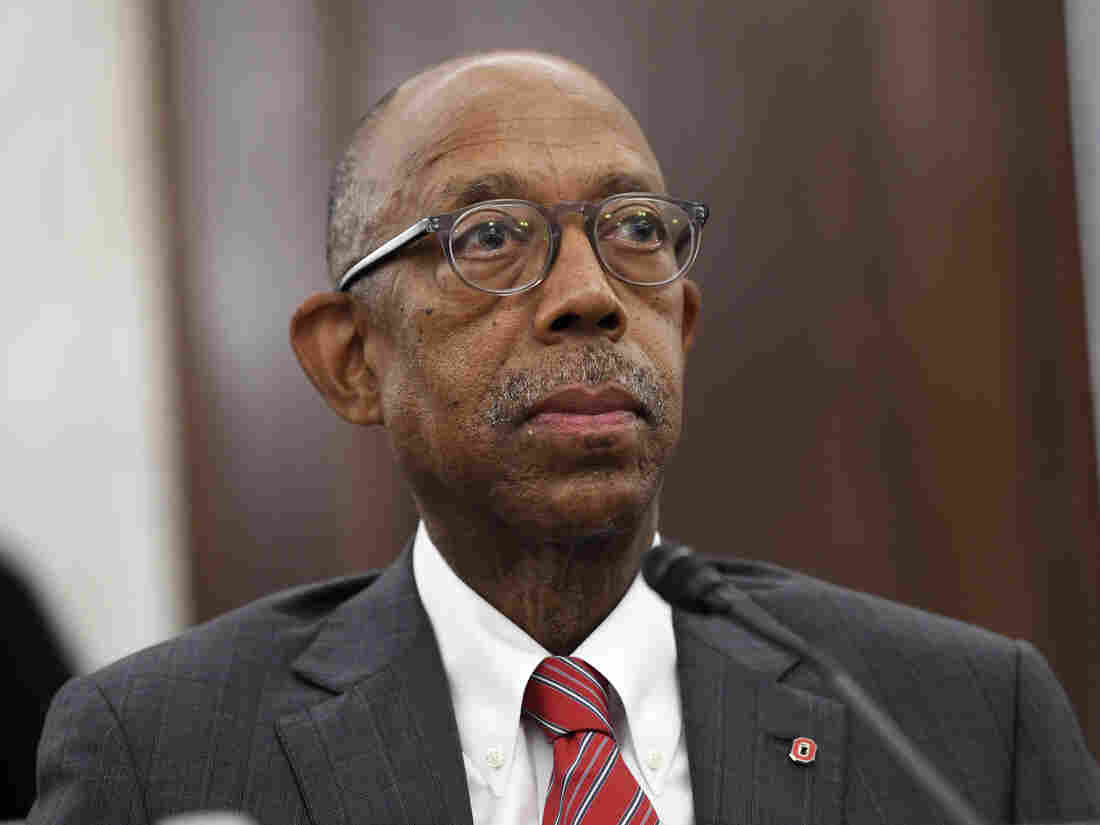 Dr. Michael Drake was named the President of the University of California system on Tuesday. He takes over a sprawling system that includes 10 campuses and more than 280,000 students. Susan Walsh/AP hide caption 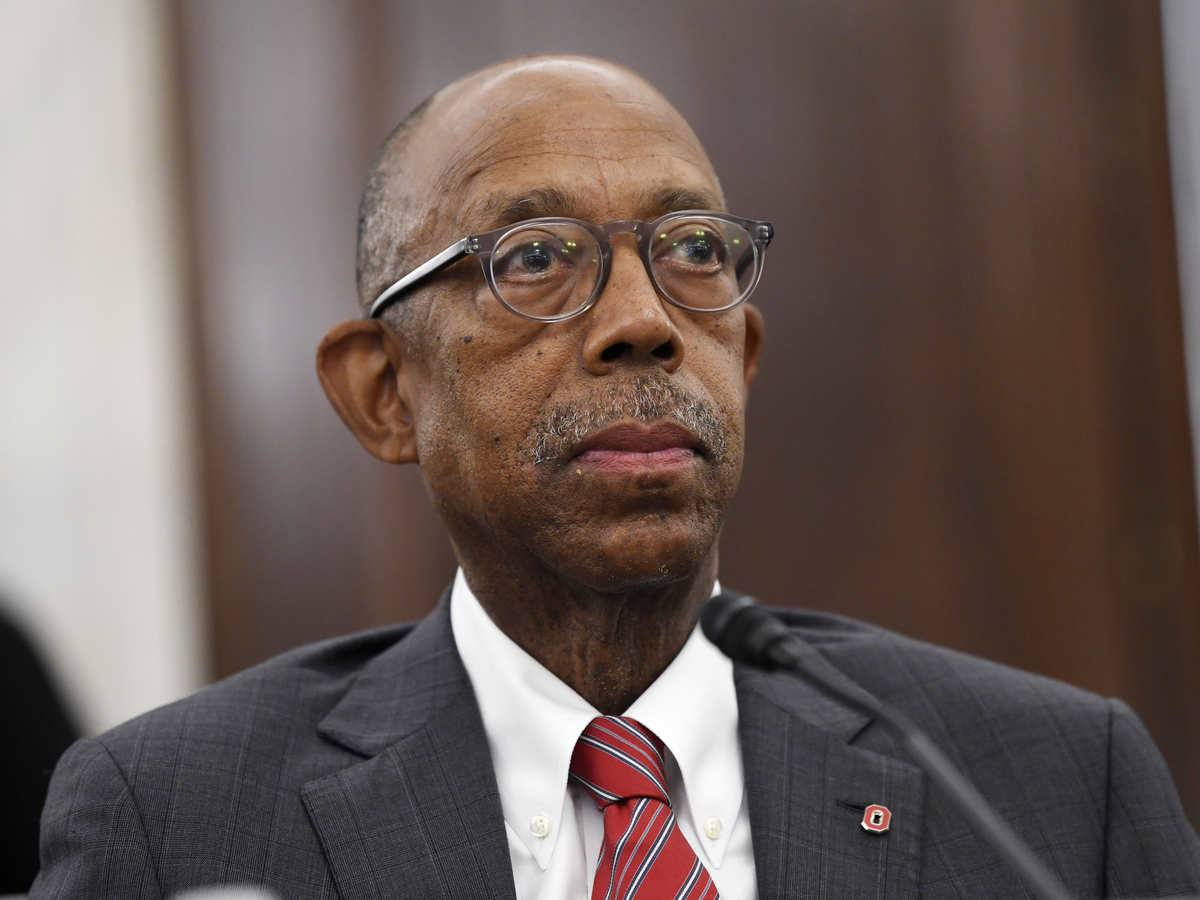 Dr. Michael Drake was named the President of the University of California system on Tuesday. He takes over a sprawling system that includes 10 campuses and more than 280,000 students.

The University of California Board of Regents has made by history naming Dr. Michael Drake as the 21st president of the UC system. He was unanimously approved by the board and will be the first person of color to hold the position in the system's 152-year history.

He recently stepped down as president of The Ohio State University, a position he's held since 2014.

Drake will replace outgoing UC President Janet Napolitano. Drake, a physician, received a bachelor's degree from Stanford University and a medical degree in ophthalmology from UC San Francisco before his career in academia.

"Stepping down as president of the University of California is bittersweet, especially after seven wonderful, dynamic years, but I depart knowing Dr. Michael Drake will lead with experience and integrity, with the critical support and guidance of the UC Board of Regents," Napolitano said in a statement.

Drake also served as chancellor of the University of California, Irvine from 2005 to 2014. Before that, he was the UC system's vice president for health affairs for five years.

He returns to California to run a sprawling university system that has 10 campuses, five medical centers, more than 280,000 students and nearly as many faculty and staff.

"Much has changed in the 15 years since I was given the privilege of becoming chancellor at UC Irvine, but not my absolute belief in this great University and its time-honored mission," Drake said in a statement.

"I look forward to working with the regents, chancellors, students, faculty, staff, alumni, and our broader community as we, together, guide the University through the challenging times ahead."

As the Los Angeles Times pointed out, Drake comes to the job with decades more experience in higher education compared to his predecessor.

"Unlike Napolitano, a former Homeland Security secretary and Arizona governor who came to the job with no UC or academic leadership experience, Drake has spent nearly four decades in the California university system," the Times reported.

The impact of the coronavirus is putting financial strain on the system, the newspaper also noted, including "$1.2 billion in increased costs and lost revenues from March to the end of April." The system also faces the possibility of state budget cuts.

"I'm excited and ready to go," Drake told the board, according to The Associated Press. He acknowledged the challenges of the pandemic, the threat of climate change, and "the yawning wounds of social injustice that we see in so many ways that really tears at the fabric of our lives."

Drake has said that he sees his appointment as an opportunity to bring about change. "It's an awful time," he said in an interview with The New York Times.

"The awfulness is also compelling," he added. "I just believe it's a time to be engaged, and if there's a way to help, to lean in and try to help."

The board said in its announcement that Drake will receive an annual salary of $890,000 and will be appointed to a tenured professor position at UCSF.

That salary is significantly larger than Napolitano's reported salary of $570,000. It is less than the $1.2 million he was reportedly making at OSU.