Accessibility links
Family Autopsy Finds Andres Guardado Was Shot 5 Times In The Back : Live Updates: Protests For Racial Justice The Los Angeles County Sheriff's Department has put a hold on the medical examiner's official autopsy report while it investigates the deputy-involved shooting. The family wants that report released. 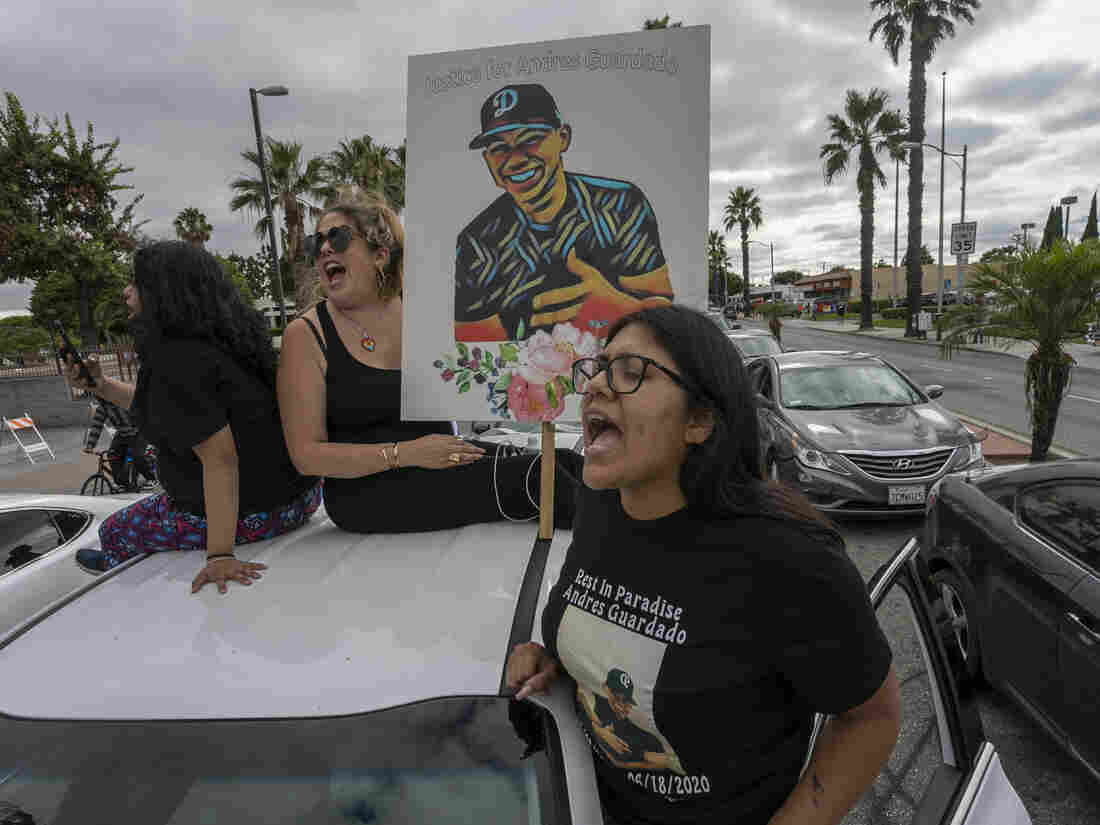 Activists and relatives of Andres Guardado, who was shot and killed by an LA County sheriff's deputy in Gardena, called for justice last month. An independent autopsy has found Guardado was shot five times in the back. David McNew/AFP via Getty Images hide caption 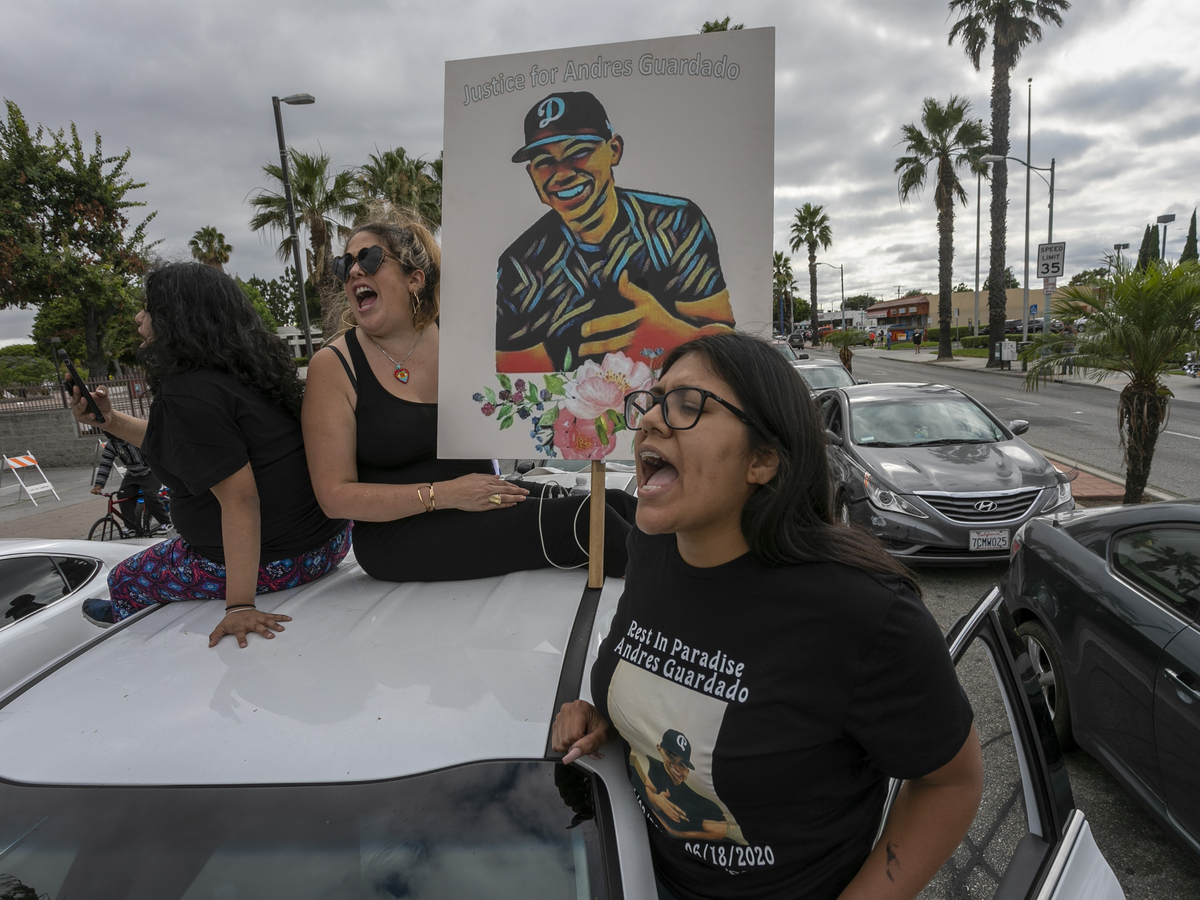 Activists and relatives of Andres Guardado, who was shot and killed by an LA County sheriff's deputy in Gardena, called for justice last month. An independent autopsy has found Guardado was shot five times in the back.

Andres Guardado was killed on June 18 after multiple shots were fired by a Los Angeles County sheriff's deputy. An independent autopsy, performed at the request of his family, has found that the 18-year-old Guardado was shot five times in the back, and died as a result of these gunshot wounds.

Andres' parents, Cristobal and Elisa Guardado, said the autopsy confirms "what we have known all along, which is that Andres was unjustifiably killed by a Los Angeles County Sheriff's deputy."

The preliminary forensic toxicology results also found that Guardado had no drugs or alcohol in his system at the time of the incident.

The Los Angeles County Sheriff's Department has put a hold on the official autopsy report from the LA County medical examiner while the department's homicide division investigates.

"Andres was a good boy, he was our son and he had so much life ahead of him," his parents said in a statement. "Our son did not deserve to die this way. We understand that there is still a long way to go, but we are going to continue to keep fighting for justice for Andres. We want to ensure that other families do not have to suffer as we have. We ask that the Los Angeles County Sheriff's Department release their security hold on the autopsy report and all other evidence they have. We want answers."

Commander Chris Marks of the LA County Sheriff's Department said Wednesday that the hold on the official autopsy was necessary while investigators conduct witness interviews, so that the investigation is not tainted.

"What's been reported to us preliminarily is that the deputies observed Guardado with a firearm. And the firearm was recovered at the scene," he said, adding that there is no indication that Guardado fired any shots. The officers were in a marked patrol car and wore full uniforms, he said.

The sheriff's department says it may release the official autopsy report once it completes the interviews for its investigation.

But the Guardado family doesn't want to wait any longer.

"It has been 20 days since Andres was tragically gunned down by a Los Angeles County Sheriff's deputy," attorney Nicholas Yoka said in a statement. "We are once again imploring the Sheriff's Department to step forward, release the Medical Examiner's autopsy report and do the right thing by this family."