Accessibility links
Death Of Robert Fuller, Who Was Found Hanging From Tree, Ruled Suicide : Live Updates: Protests For Racial Justice Fuller's death on June 10 was initially ruled a suicide, but that conclusion outraged his family, who insisted that he would not take his own life. 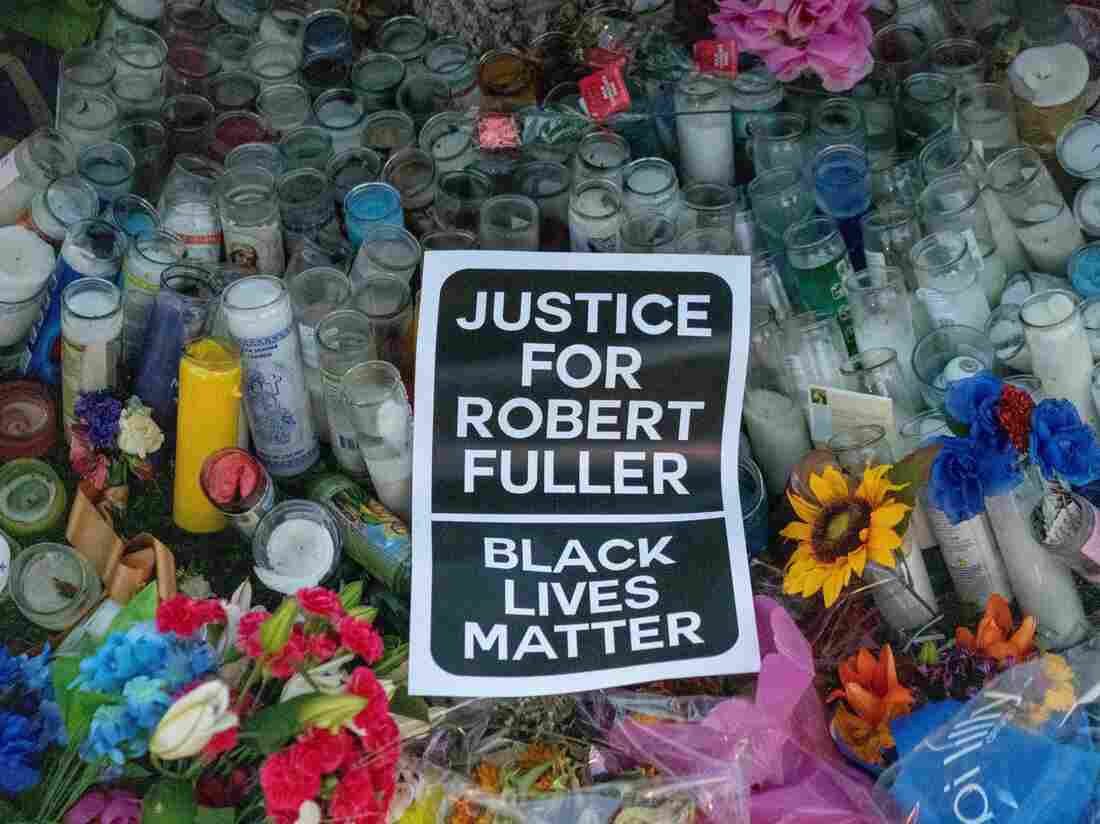 A makeshift memorial is pictured after a Juneteenth demonstration in Palmdale, Calif., at the tree where Robert Fuller was found dead. Kyle Grillot/AFP via Getty Images hide caption 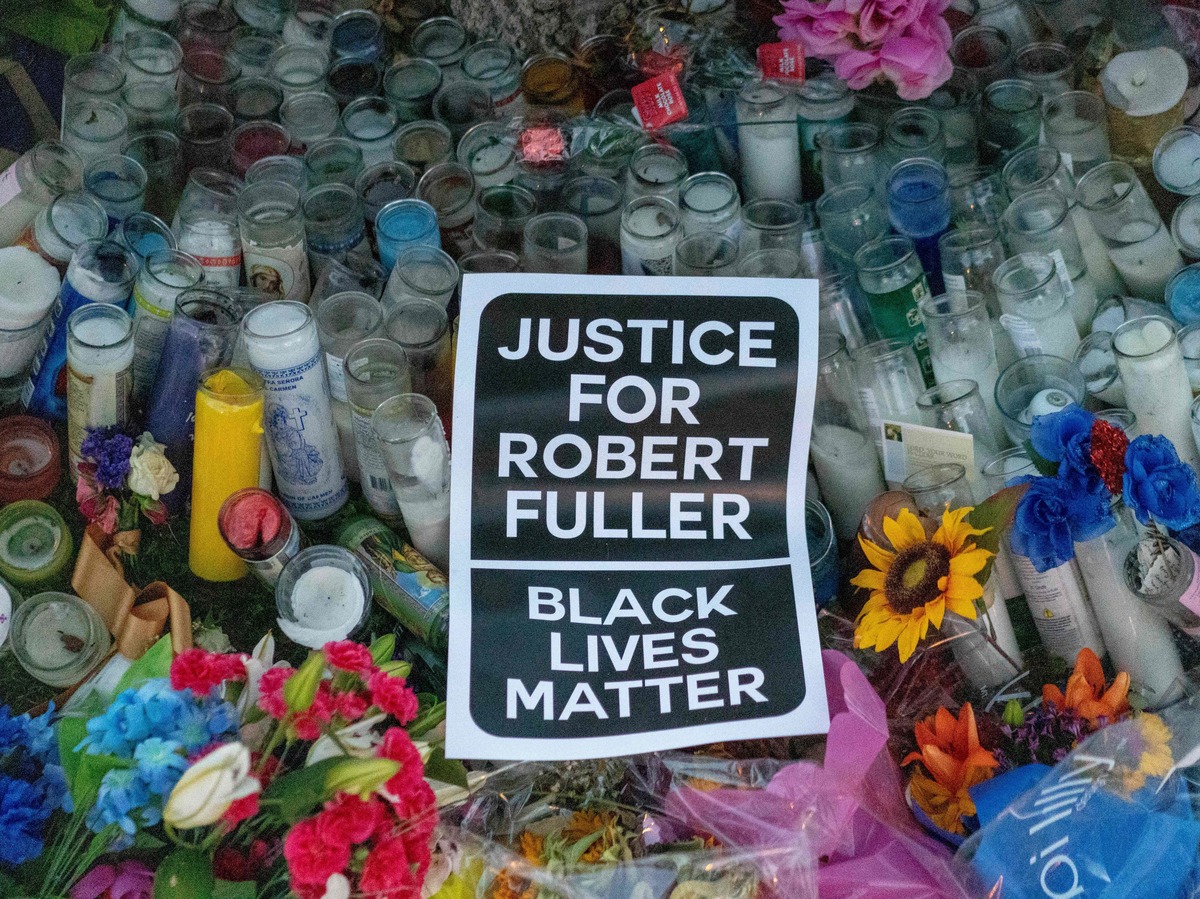 A makeshift memorial is pictured after a Juneteenth demonstration in Palmdale, Calif., at the tree where Robert Fuller was found dead.

A 24-year-old Black man who was found hanging from a tree in a park in Southern California last month died by suicide, the Los Angeles County Sheriff's office said Thursday.

Robert Fuller's death was initially ruled a suicide, but that conclusion outraged his family, who insisted that he would not take his own life. Locals, too, were skeptical, citing the area's troubled racial history. Thousands of people turned out in Palmdale in the days after Fuller's death to demand an independent investigation by California's attorney general into what many believed was a lynching.

An attorney for the family said he would make a statement or hold a news conference later, according to The Associated Press.

Fuller's death occurred against the backdrop of the police killing of George Floyd and as Black Lives Matter protests ramped up. The situation was further inflamed days after Fuller's death when his half brother, Terron Jammal Boone, was killed during an interaction with LA County sheriff's deputies.

On Thursday, authorities said they had pored over the evidence and determined that Fuller's death was consistent with suicide and that a number of factors had led them to rule out other possibilities.

Fuller had a history of mental illness, and there were prior reports of suicidal ideation and that he had disclosed "a plan to kill himself" prior to his death, sheriff's Commander Chris Marks said at a news conference.

He said investigators had also concluded that Fuller appeared to have purchased the rope he was found hanging from. "Detectives identified a purchase from a local Dollar Tree store made on May 14, 2020, in which a red rope, consistent with the one used in the hanging was purchased with the card registered to Mr. Fuller," Marks said.

Fuller's body was found at Poncitlán Square in Palmdale, Calif., by a passerby on June 10 at around 3:30 a.m. LA County Fire Chief Daryl Osby said two paramedics were called to the scene and that Fuller was soon after declared dead.

The rope and fabric around his neck "was tied directly to the tree branches in more than one spot, accessible from only up in the tree, indicating that the victim was not hoisted into that position," Marks said.

He said there was no evidence of a ladder or chair and that the tree "was easily climbable by someone of Mr. Fuller's age and physical stature."

"Investigators observed several prominent linear scars on Mr. Fuller's left wrist consistent with suicidal intent," he said, adding that Fuller was found hanging "within reach of the trunk and the crook of the tree."

Despite the conclusion, Sheriff Alex Villanueva acknowledged the "rather odd way in which this death occurred."

Fuller's death came just weeks after the body of Malcolm Harsch, 38, was found hanging from a tree in the city of Victorville, Calif., about 50 miles from Palmdale. His death was also ruled a suicide.

In the case of Harsch, authorities obtained surveillance video from a vacant building near where his body was found and confirmed the absence of foul play, according to the San Bernardino County Sheriff's Department.