Across the country, students of color have been demanding change from their schools. At one Denver school, the push for a more inclusive and diverse curriculum came last year, from a group of African American high school students at Dr. Martin Luther King Jr. Early College. 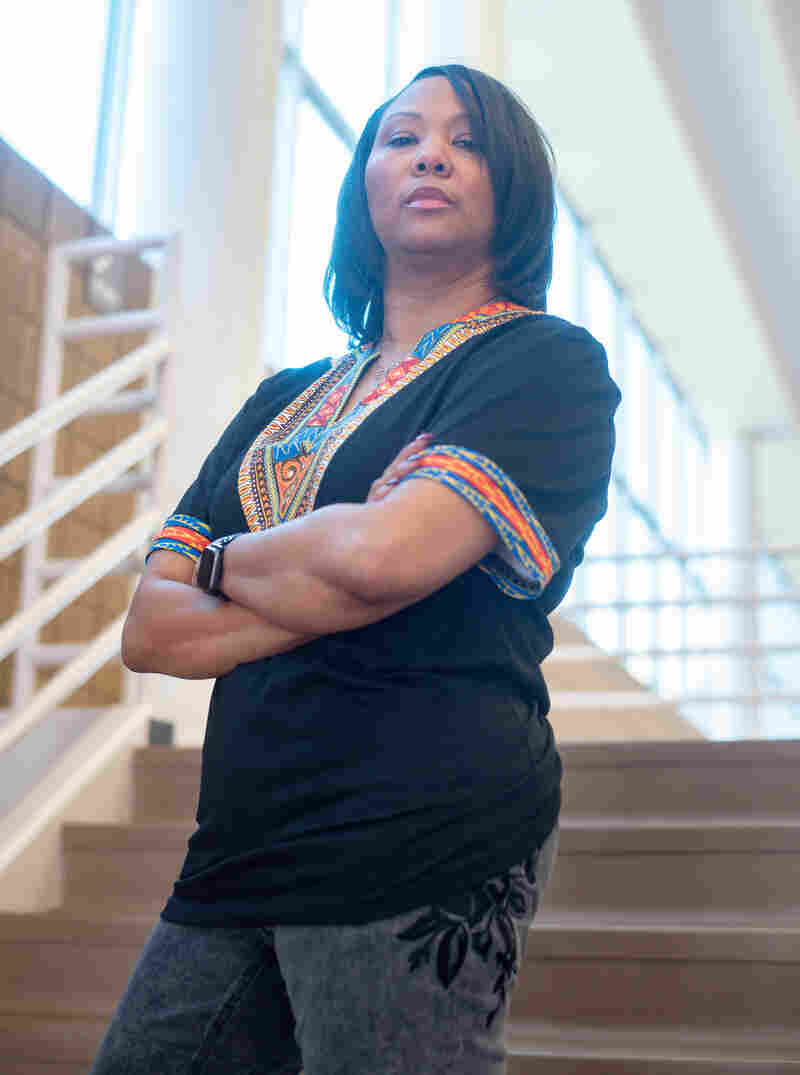 A field trip to the National Museum of African American History and Culture in Washington, D.C., led by Kimberly Grayson, the principal of Dr. Martin Luther King Jr. Early College in Denver, inspired some of her students to demand a more inclusive school curriculum. Chemetra Keys hide caption 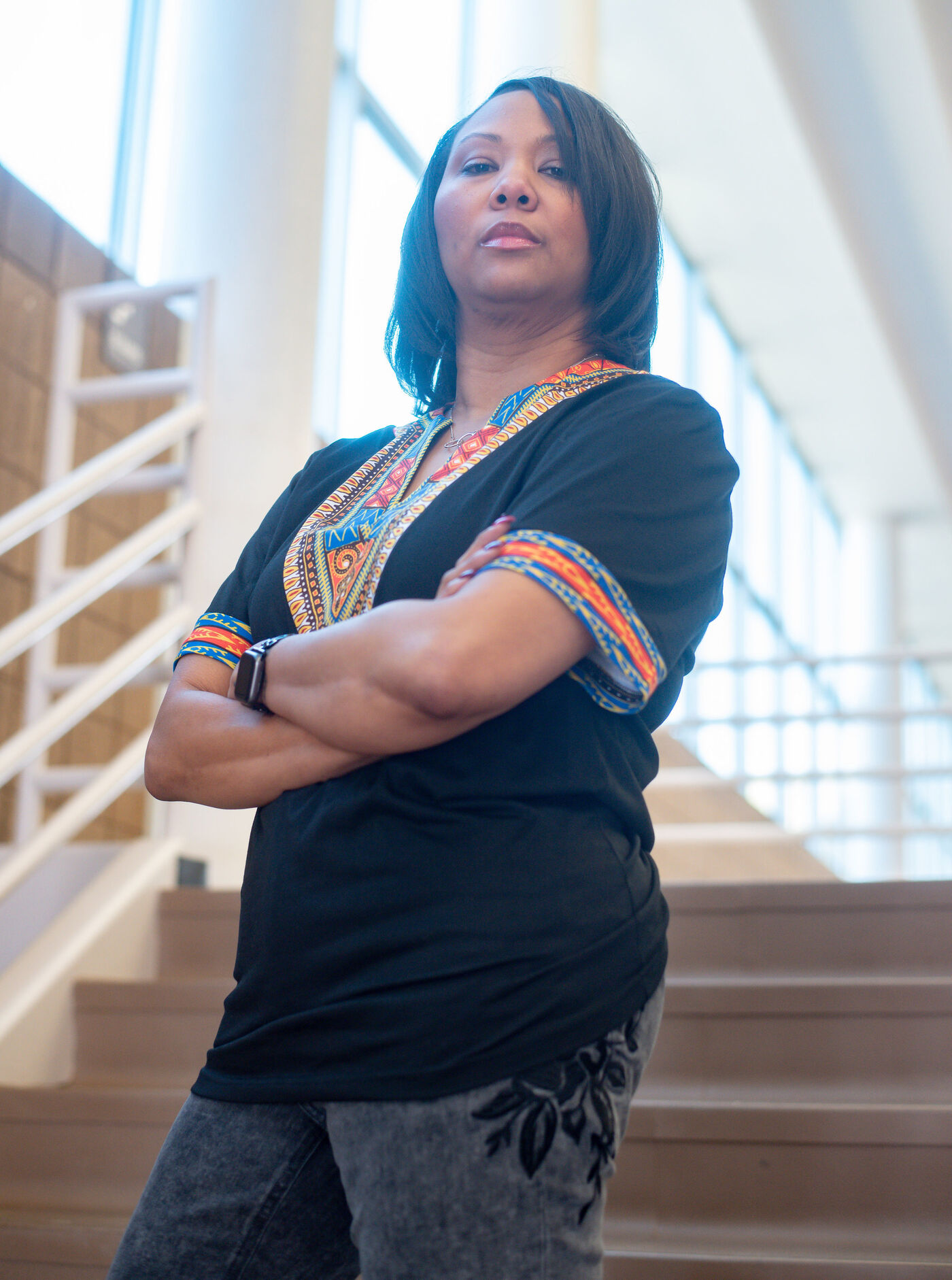 A field trip to the National Museum of African American History and Culture in Washington, D.C., led by Kimberly Grayson, the principal of Dr. Martin Luther King Jr. Early College in Denver, inspired some of her students to demand a more inclusive school curriculum.

Black students at the joint middle school and high school say they didn't see their history and culture reflected in the curriculum at a school that's named after the civil rights leader.

The school's principal, Kimberly Grayson, says that it was a trip to the National Museum of African American History and Culture in Washington, D.C., in October, that prompted a some of her high school students to demand revisions to their history curriculum.

Grayson, who is Black, tells All Things Considered that the museum trip she led gave her students a clearer picture about the teachings that they thought were missing in their classroom.

"It was more than I had ever planned for," she says.

"We saw and experienced and read about our history and our culture together — things that broke us," she says. "And then we were able to be vulnerable and think about ways that we needed to bring our history and our culture back to our school — not only to MLK but to our school district — to ensure that Black history was a part of history in all history classes K-12."

Additions to the school's curriculum include units for sixth-graders on the African American slave trade in the Western Hemisphere and its ties to Western geography and economics. Grayson says the teachers have implemented some of the changes designed for grades 6 through 12, but when school returns in the fall, teachers are on track to complete all planned revisions.

Here are excerpts from Grayson's interview.

What specific parts of Black history did you all identify as missing from the current curriculum?

All of it. So, when you go through the museum, the first bit of being in a very dark, cramped elevator, and once we got out of that elevator, that first floor was very narrow. It felt like we were walking on top of each other.

Then we realized it was symbolic to a slave ship. It was supposed to feel dark and cramped because that's how slaves felt. That broke us. We cried together, having that feeling on that first floor and reading how we were shackled, how we were stuffed, cramped on the slave ship.

And as you progress floor by floor in the museum, the floors add more space, and the painting of the walls is more bright because it begins to show the progression of our lives.

Some of your students asked to fly out their history teachers to D.C. to this museum. Has that happened?

When we returned from Washington, D.C., my students and I met, and they said, "Grayson — all of our history teachers are white. But we need them to experience the African American museum. Can you find the money in our school budget to send them?" And I said, "Absolutely. But they need to hear that from you."

And so I invited the history teachers to meet with my students over their lunch period. And the students presented their "why," and every history teacher said, "Yes, we will go."

Two weeks later, they went on a Friday to the African American museum. They got off of the airplane, went straight to the museum, spent the entire Friday there. That Friday evening, they went back to their hotel and they started to change their curriculum.

So you've already seen substantive changes to the history curriculum at your school?

Yes. They returned to Denver on Sunday, and they pulled my students in, and they presented their changes to the students: "This is what we're going to change in the curriculum."

And not only that, it brought us to tears to see and hear the history teachers talk about how they felt walking through the museum.

What does success ultimately look like? How do you know when anti-racist education has achieved what it was meant to achieve?

As a school leader, my teachers should be able to view the success of Black students as their central success of their teaching. Are my Black students thriving? And are my students seen as partners in their learning? That is success.

Jonaki Mehta, Elena Burnett and Justine Kenin produced and edited the audio version of this story. Emma Bowman adapted it for the Web.