Accessibility links
Thomas Jefferson Descendant Reflects On His Ancestor's Memorial And Legacy : Live Updates: Protests For Racial Justice Shannon LaNier is the sixth great-grandson of Thomas Jefferson and Sally Hemings. He talks to NPR about the founding father's complicated history, and how that should be reflected in his memorial. 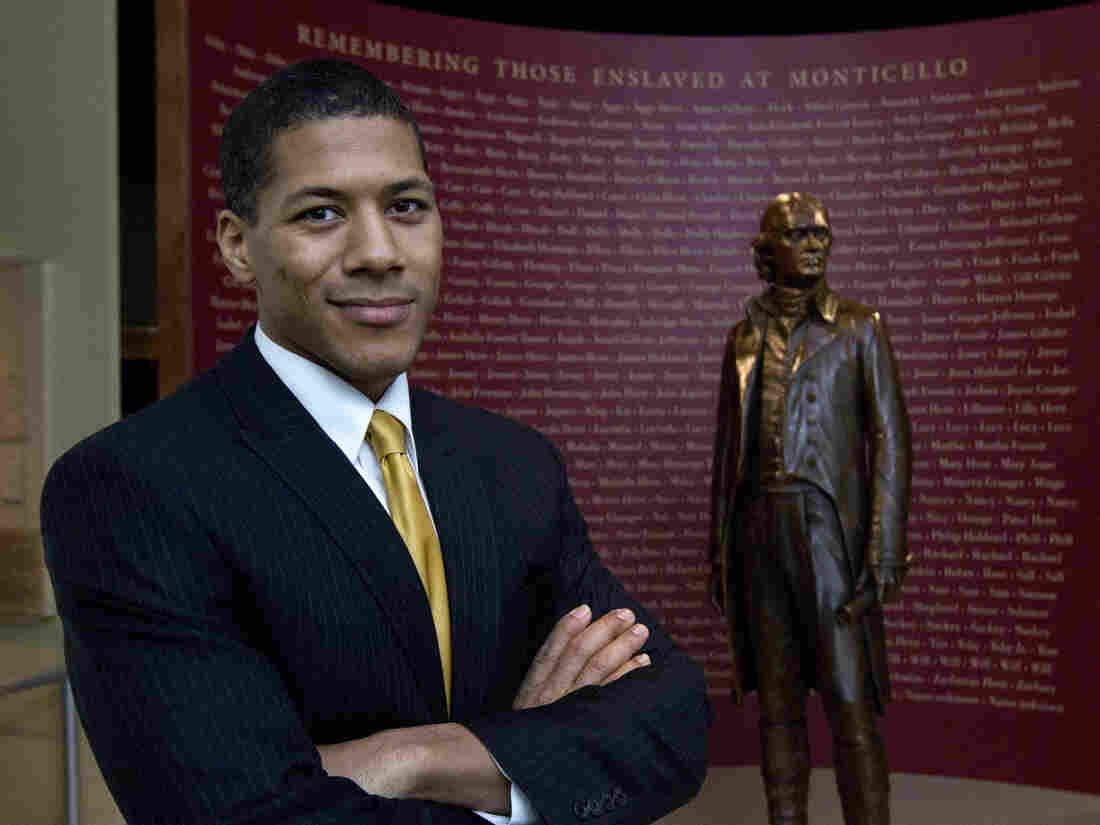 Shannon LaNier poses at the Smithsonian's National Museum of American History in Washington, D.C. in 2012. LaNier is a descendant of Thomas Jefferson and Sally Hemings. Manuel Balce Ceneta/AP hide caption 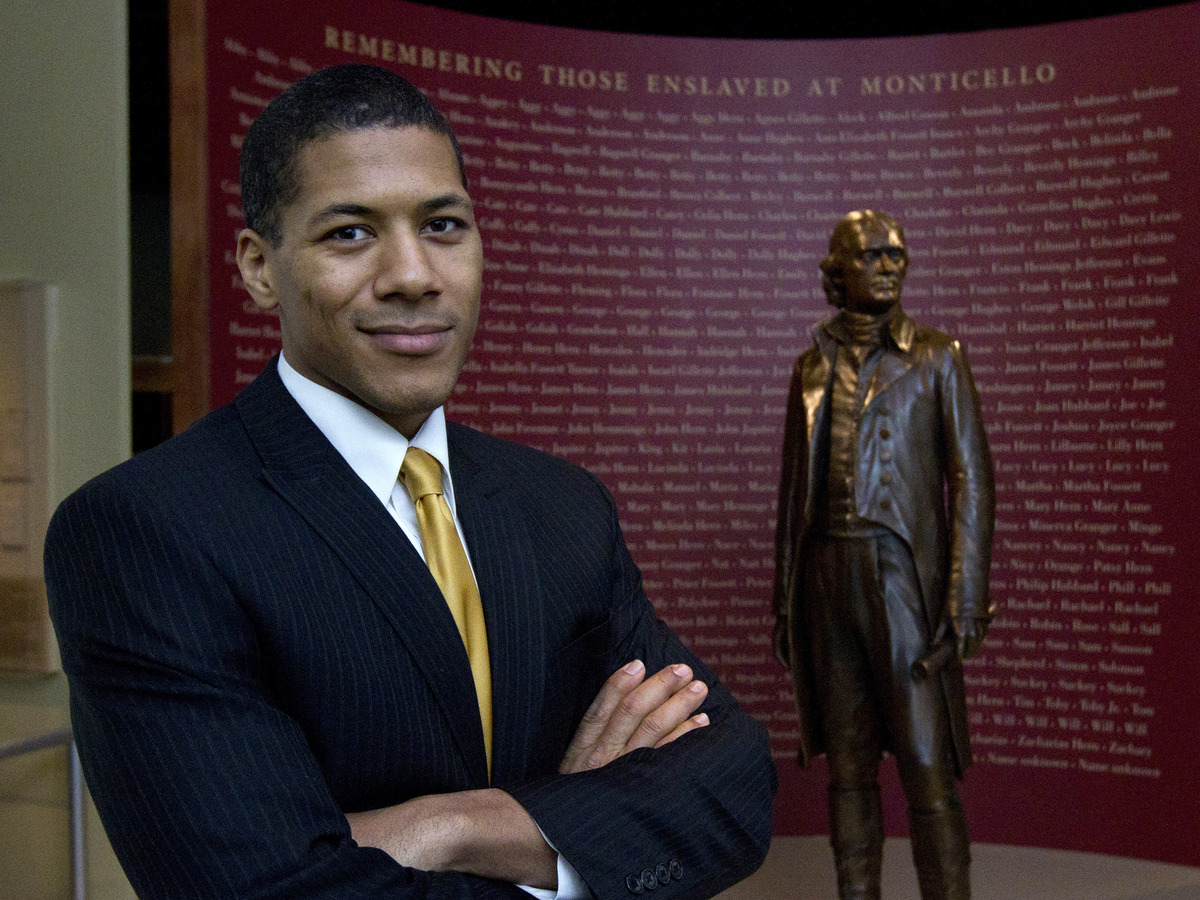 Shannon LaNier poses at the Smithsonian's National Museum of American History in Washington, D.C. in 2012. LaNier is a descendant of Thomas Jefferson and Sally Hemings.

A 19-foot-tall statue of Thomas Jefferson stands beneath a dome in Washington, D.C., with his words carved on the walls around him. But the man known for writing much of the Declaration of Independence also infamously kept some-600 people enslaved in his mansion, Monticello. One of his many descendants has a few ideas for how his memorial might be altered to reflect his complex history.

"Why not make it a true freedom center since they want to give credit to Jefferson for writing those words," Shannon LaNier, the sixth great-grandson of Jefferson and Sally Hemings, told NPR's Morning Edition. "Leave the words on the wall, maybe remove the statue. Maybe surround his statue with other people that are symbols of freedom."

LaNier's suggestions come at time in which statues and monuments of historic figures with ties to slavery, colonialism and racism are being torn down, toppled and vandalized amid nationwide protests for racial justice.

"I think you have to have an opportunity to educate people," LaNier said. "We can't just look at history as a one-sided narrative. We have to tell the full story even if it's painful. Even if it's hurtful. We can't get to a place of healing and reconciliation until we address it."

Some of the words carved into the wall behind the third president's statue include a statement from the Declaration of Independence that became a lever later generations used to free slaves: "We hold these truths to be self-evident that all men are created equal."

"He's getting all the credit for writing those words that he didn't practice that he did not believe in at that time, but yet he's getting the credit for it now," LaNier said. "So I think the foundation of people's belief systems and their ethics is what they believe and he just didn't believe the right things or at least he believed them but didn't want to be the one who practiced them."

The carved words also include criticism of slavery: "Nothing is more certainly written in the book of fate than that these people are to be free." Yet LeNier bears in mind the knowledge, which he carried in his DNA, that Jefferson never freed the people who built his own Virginia home and worked his farm.

Hear the full conversation in the audio player above.

Avery Keatley and Ashley Westerman produced and edited the audio version of this story. Christianna Silva adapted it for the Web.