Accessibility links
Two White Men Charged In Attack On Black Man At Indiana Park : Updates: The Fight Against Racial Injustice Prosecutors charged Sean Purdy and Jerry Cox with criminal confinement, battery and intimidation for their alleged role in the incident at a state park earlier this month. 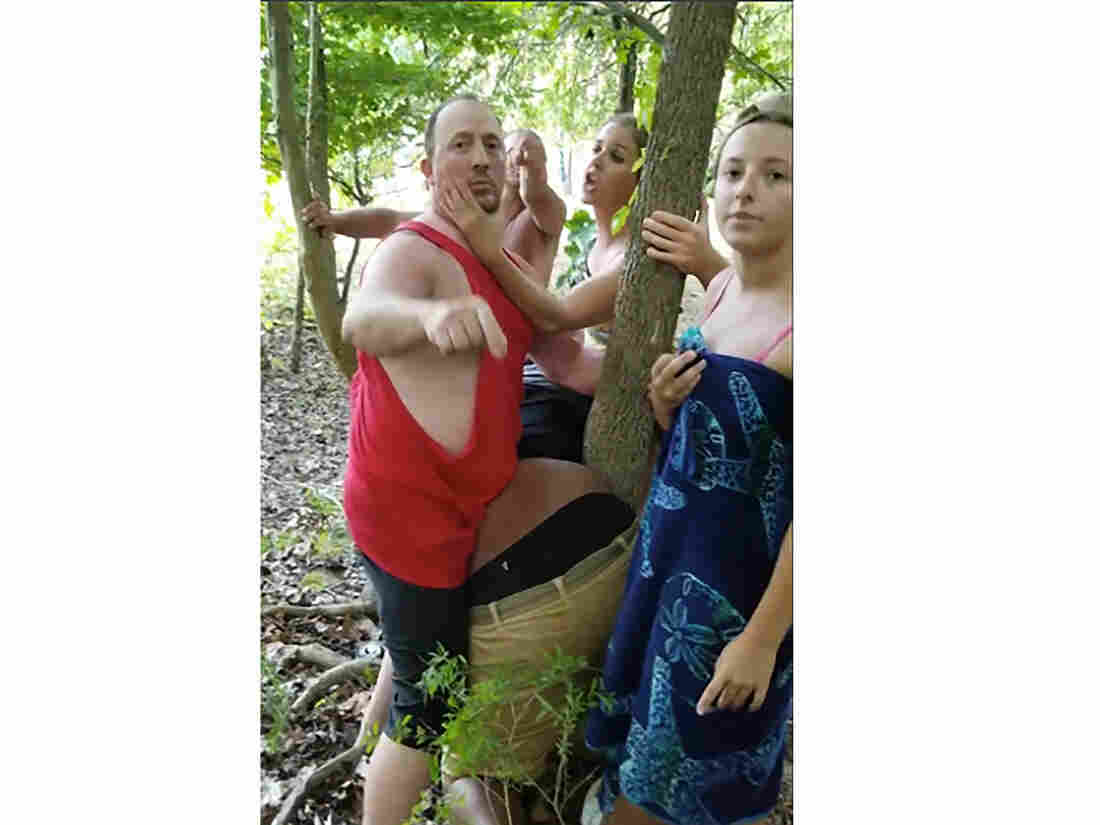 A group of white people surround Vauhxx Booker, center, as he is bent over leaning against a tree, at Monroe Lake near Bloomington, Ind., on July 4. Brennan Golightly/AP hide caption 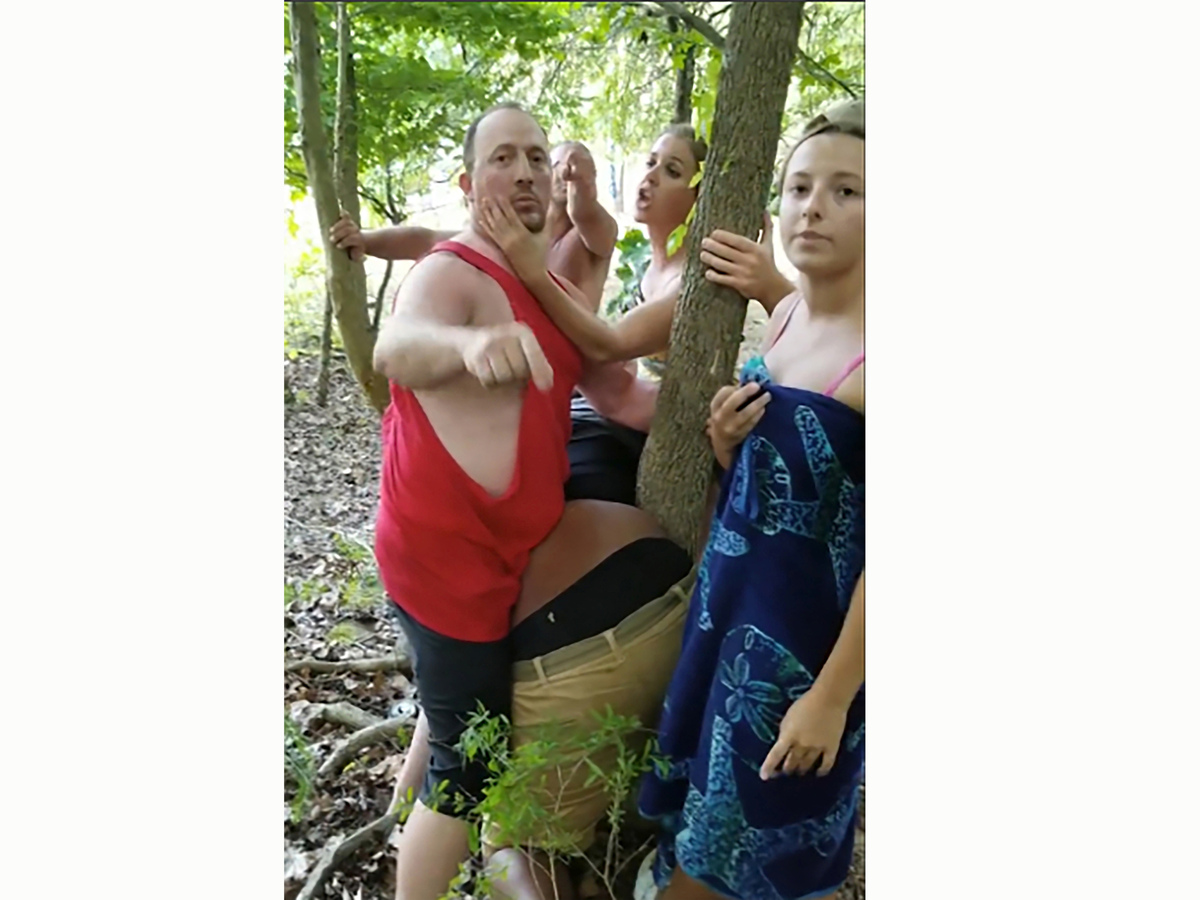 A group of white people surround Vauhxx Booker, center, as he is bent over leaning against a tree, at Monroe Lake near Bloomington, Ind., on July 4.

Two white men who were filmed in an attack on a Black man on Independence Day at a state park have been charged by Indiana officials.

The Monroe County Prosecutor's office announced the charges Friday, after a two-day review of an investigation report by the state's Department of Natural Resources as well as other digital evidence provided by witnesses.

Sean Purdy and Jerry Cox are accused of criminal confinement, battery and intimidation for their alleged roles in an attack on Vauhxx Booker near Lake Monroe.

"This is not a happy moment. It's a necessary moment," Booker said in a Zoom news conference Friday afternoon.

"We have a legal system and what I want now is our neighbors to decide the fate of these individuals," he added.

Booker, 36, is an activist and member of the Monroe County Human Rights Commission. In an interview with NPR he said the men beat him, spit at him, pinned him to a tree, shouted racial slurs at him, then called for someone to "get a noose."

His attorney, Katharine Liell, explained Booker can not hold any in-person media events because he's been diagnosed with COVID-19, which she suggested he may have contracted from Purdy and Cox who were not wearing face coverings at the time of the assault.

"We are pleased that these are felony charges ... because this is such serious misconduct," Liell said.

The Fourth of July altercation began as Booker and his friends tried to make their way to a spot within the state park to watch the lunar eclipse. Along the way, Booker said, they were stopped by a white man who claimed the group was trespassing on private land. According to Booker, his group apologized and moved on.

Later, Booker says, he learned that the man did not actually own the nearby property Booker's group had used to access the park. The discovery was followed by a second, much scarier encounter, he recalled.

Only part of that confrontation was captured on video, but in most versions available on social media Booker can be seen on his knees as a white man later identified as Sean Purdy holds his head down, pinning him to a tree. Several people can be heard urging Purdy to release Booker, while Purdy refuses.

Meanwhile, Cox appears to threaten the bystanders who are filming the violence.

Purdy's attorney did not respond to NPR's request for comment. However, he has previously stated that his client did not initiate the violence, but rather, Booker "was the instigator and the agitator."

He called Booker's version of events a "false narrative."

A previous version of this story said two white men were charged in an attempted lynching. Vauhxx Booker's attorney described the attack as such, but prosecutors have not used that word in the charges.