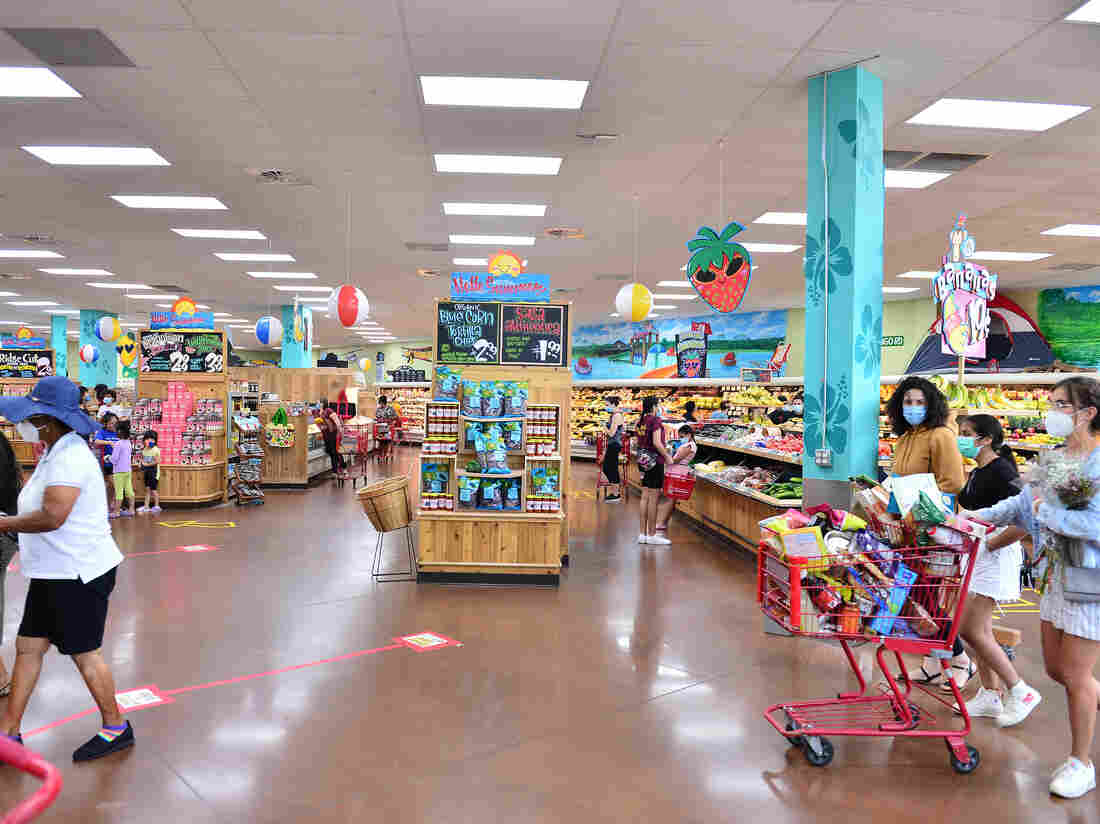 Trader Joe's says it is in the process of discontinuing some of its product branding. Here, shoppers buy groceries at a store last week in Pembroke Pines, Fla. Johnny Louis/Getty Images hide caption 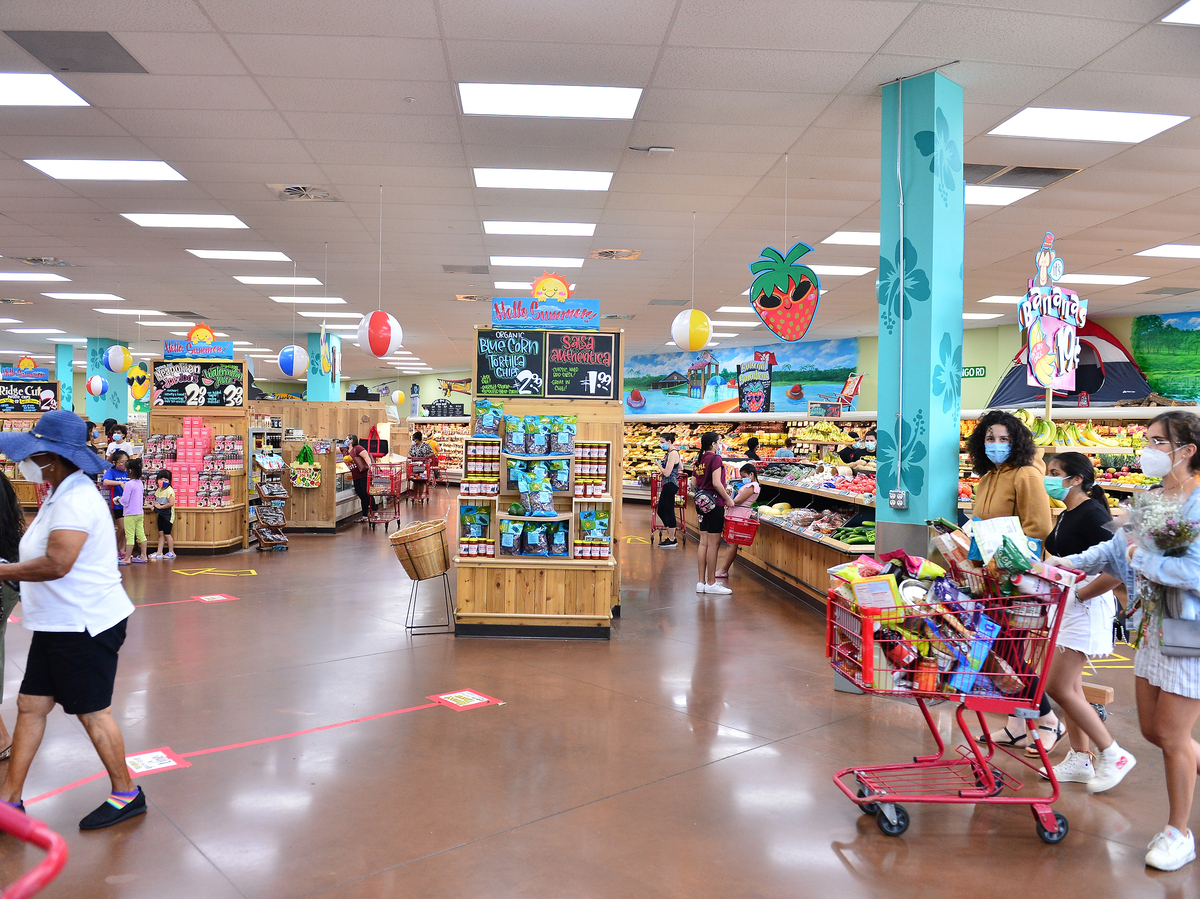 Trader Joe's says it is in the process of discontinuing some of its product branding. Here, shoppers buy groceries at a store last week in Pembroke Pines, Fla.

Trader Joe's is getting rid of product names such as Trader José's, Arabian Joe's and Trader Ming's that critics say are racist and "perpetuates harmful stereotypes."

"We made the decision several years ago to use only the Trader Joe's name on our products moving forward," spokesperson Kenya Friend-Daniel told NPR by email. She added that the company "had hoped that the work would be complete by now but there are still a small number of products going through the packaging change and we expect to be done very soon."

The branding has come under new scrutiny after a Change.org petition demanded that the company "remove racist branding and packaging from its stores."

The petition, which has gathered more than 2,800 signatures, said the labeling "belies a narrative of exoticism that perpetuates harmful stereotypes."

The petition adds: "The Trader Joe's branding is racist because it exoticizes other cultures — it presents 'Joe' as the default 'normal' and the other characters falling outside of it — they are 'Arabian Joe,' 'Trader José,' and 'Trader Joe San.'"

It wasn't immediately clear which of these product lines had already been changed to "Trader Joe's," and which were slated to change in the near future. Friend-Daniel, the spokesperson, stressed that the change was not in response to the petition but was already in progress.

She said the controversial approach to naming "may have been rooted in a lighthearted attempt at inclusiveness." However, Friend-Daniel said, "we recognize that it may now have the opposite effect — one that is contrary to the welcoming, rewarding customer experience we strive to create every day."

Other major companies and organizations have also announced recent changes to their branding amid mass protests pushing for racial justice in the United States.

For example, Aunt Jemima, the pancake and syrup brand, said last month that it will change its name and logo. Last week, Washington D.C.'s NFL team announced that it is retiring the Redskins name and logo.