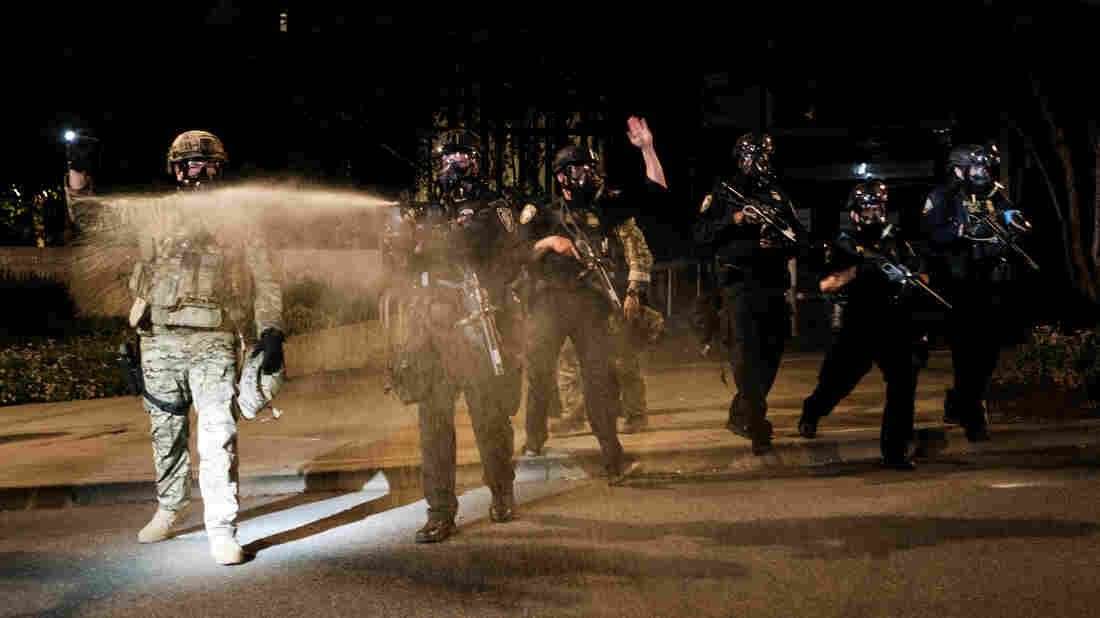 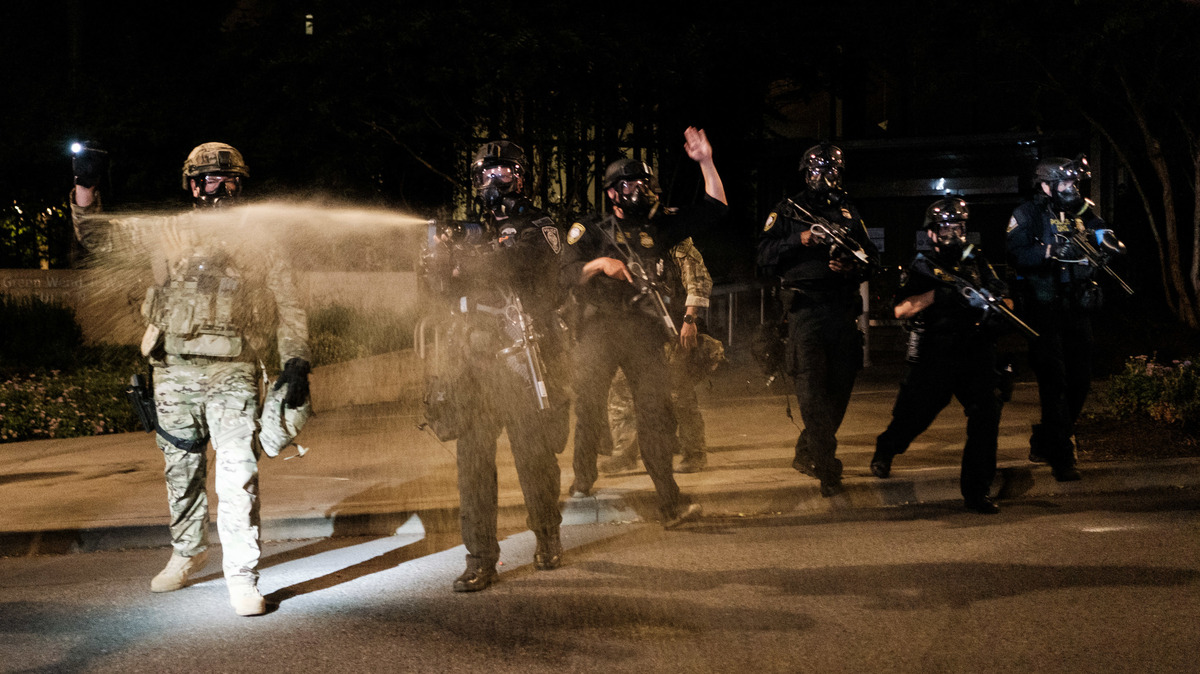 Federal officers use tear gas and other crowd dispersal munitions on protesters Friday outside the Multnomah County Justice Center in Portland, Ore.

Federal agents from the Department of Homeland Security, U.S. Marshals Service and elsewhere have been in the streets of Portland, Ore., for at least a few weeks, where they've been clashing with protesters demonstrating over racial injustice and police brutality.

Portland Mayor Ted Wheeler and local officials have downplayed any coordination between those federal forces and the Portland Police Bureau.

Portland Police Association President Daryl Turner said there was some coordination between the local police and federal agents "at the beginning" of the federal officers' stay in the city, but not in "the last week or two."

"The federal police have their marching orders on how they're going to do things," Turner told NPR's Ailsa Chang. "And that coordination was not made with Portland police."

For the tumult in Portland, Turner faults federal law enforcement for a lack of communication with local police, and he said local officials are also to blame for condoning "destruction and chaos" that's happened over more than 50 days of protests.

He talked with NPR about the situation in Portland and his experience as a Black man in America. Here are selected excerpts of the interview:

I understand that you met with Acting Secretary of Homeland Security Chad Wolf last week. What did you talk about with him?

There were several people that were invited to meet with him. ... The bulk of my conversation was hoping that the federal agencies would communicate with local police and adopt our strategies and our rules of engagement. ...

There needs to be communication and coordination to be able to make sure that we keep protesters safe, for them [to be] able to exercise their First Amendment rights of speech and protest as well. And still keeping them safe from the people who want to act out and commit violent acts and rioting. ...

You have said that protesters who are damaging property do not want meaningful change and that they define the meaning of white privilege. What did you mean by that?

What I mean is we talk about white privilege in America and how it's different from people of color, how they believe that they can damage property and get away with it and not be held accountable; there are no consequences for that. That's what I meant, because most of the people who are rioting also that we see out here are white. ...

This is a message that needs to be heard. The message that relates to not just George Floyd, but many people who have been in the same situation, many people who have been treated differently because of their race. ... I've been treated that way and other people have been treated that way over hundreds of years. This message is important. This is a time when that message can transcend the history of this country. That message does not need to be squashed, or overridden or hijacked by people who are committing violent acts, who are burning, looting and causing destruction and chaos.

NPR's Jonaki Mehta and Patrick Jarenwattananon produced and edited the audio version of this interview.