Accessibility links
Federal Agents Will Be 'Clearly Identified' In Kansas City, Mo., U.S. Attorney Says : Live Updates: Protests For Racial Justice "These agents won't be patrolling the streets," U.S. Attorney Timothy Garrison said in a statement to NPR, responding to concerns over the controversial use of federal agents in U.S. cities. 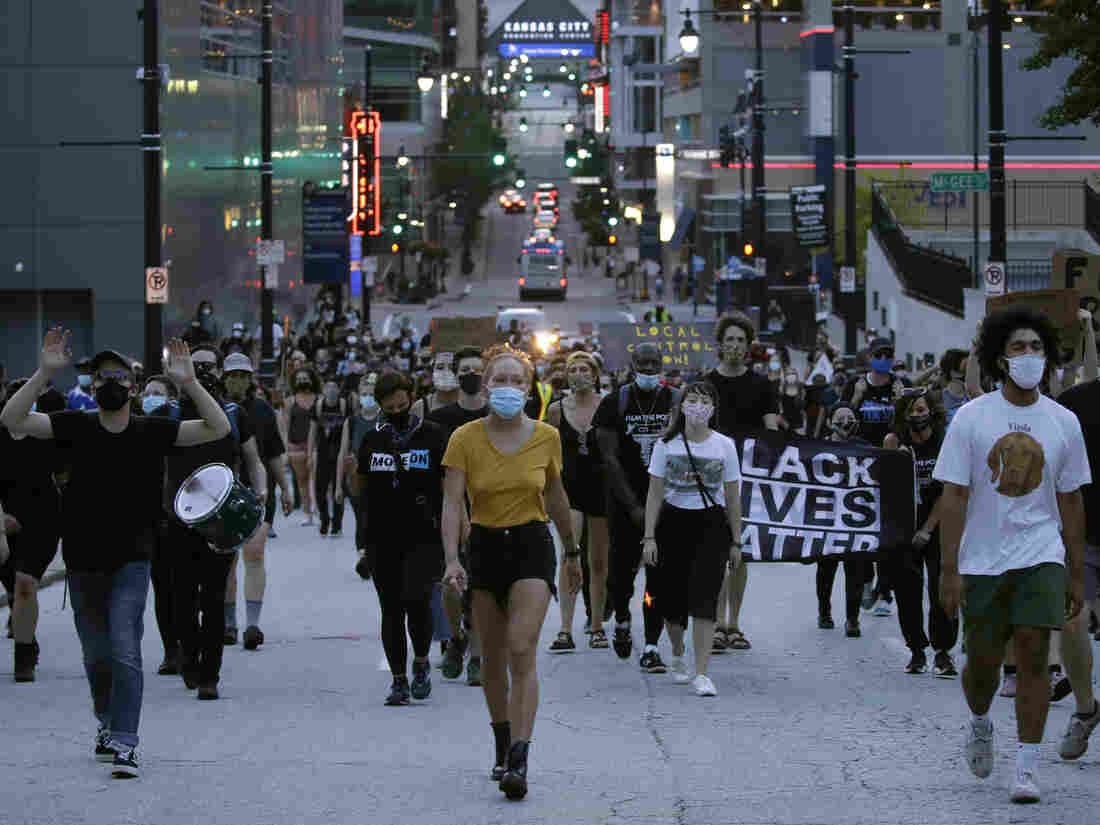 Protesters walk down a street Friday in Kansas City, Mo. They were demanding police reforms and an end to Operation LeGend, which is deploying 200-plus federal law enforcement agents in the city. Charlie Riedel/AP hide caption 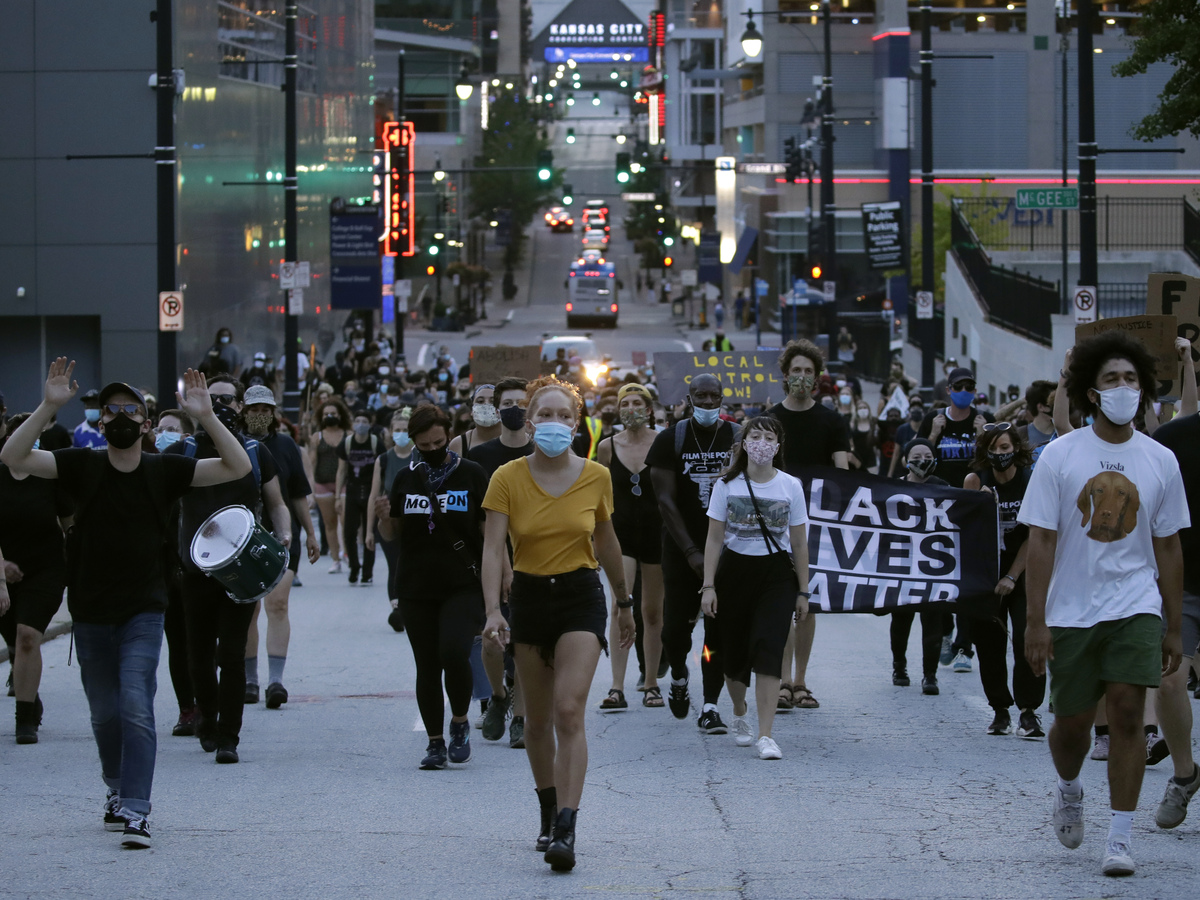 Protesters walk down a street Friday in Kansas City, Mo. They were demanding police reforms and an end to Operation LeGend, which is deploying 200-plus federal law enforcement agents in the city.

Federal agents operating in Kansas City, Mo., as part of a new push against violent crime will be identifiable and won't be roving the streets to make arrests, the local U.S. attorney said, responding to questions sparked by the controversial use of federal agents in U.S. cities.

"These agents won't be patrolling the streets," U.S. Attorney Timothy Garrison said in a statement to NPR. "When they are making arrests or executing warrants, these federal agents will be clearly identified by their agency's visible badges or insignia."

The presence of federal law enforcement agents has become a new flashpoint in national protests over racial injustice and police brutality. The dynamic is most prevalent in Portland, Ore., where local and state officials said federal forces are essentially occupying the city – and worsening, rather than de-escalating, clashes with protesters.

In Kansas City, Garrison said, "The only people federal agents will be removing from the street are those they arrest in the course of their investigations of violent crimes."

The federal prosecutor's remarks echo what he said last week when he said the enhanced federal presence "is not about suppressing protests."

As the U.S. attorney answered questions about the federal operation in Missouri, Kansas City Mayor Quinton Lucas on Monday joined the mayors of 14 other U.S. cities, including Seattle, Portland, Atlanta, Chicago and Washington, D.C., in calling on Attorney General William Barr to withdraw federal forces immediately and "agree to no further unilateral deployments in our cities."

"Unilaterally deploying these paramilitary-type forces into our cities is wholly inconsistent with our system of democracy and our most basic values," the mayors wrote in a letter to Barr and Chad Wolf, the acting secretary of Department of Homeland Security.

Proud to stand today with the mayors of Atlanta, Chicago, Portland, Seattle, and Washington, DC against federal intervention in local protests, particularly the involvement of unidentified Homeland Security forces. https://t.co/e86SBN09ws

In a tweet about the letter, Lucas added that he was particularly concerned by "the involvement of unidentified Homeland Security forces." His comments echo many of the concerns and criticisms of federal operations in Portland, where agents have refused to identify themselves as they move against protesters in the streets.

The Justice Department has said it will send more than 200 agents to Kansas City, forming what Barr has called a "surge" in force to fight a "surge in violent crime." The officers are coming from the FBI, U.S. Marshals Service and other agencies.

But the operation has sparked anger in Kansas City, where protesters gathered outside police headquarters to express their frustration over the weekend.

"We are dying because police keep killing us," one protester said in a speech Friday night, according to NPR member station KCUR. She added, "Stop blaming us for our own oppression. Stop promoting a false notion that policing is the answer to oppression."

At a joint news conference last week, both Lucas and Garrison had sought to downplay potential problems regarding the deployment of federal forces in Kansas City.

On Monday, the Justice Department reported its first arrest from the operation in Kansas City, that of a man who faces charges of illegally possessing firearms. He was arrested after being spotted driving a vehicle that had been reported stolen.