Accessibility links
'We Will Not Retreat': Homeland Security Vows Continued Federal Response To Protests : Updates: The Fight Against Racial Injustice Acting DHS Secretary Chad Wolf insists that federal officers would defend the rights of peaceful protesters in Portland, Ore., but promises no letup against criminal activity. 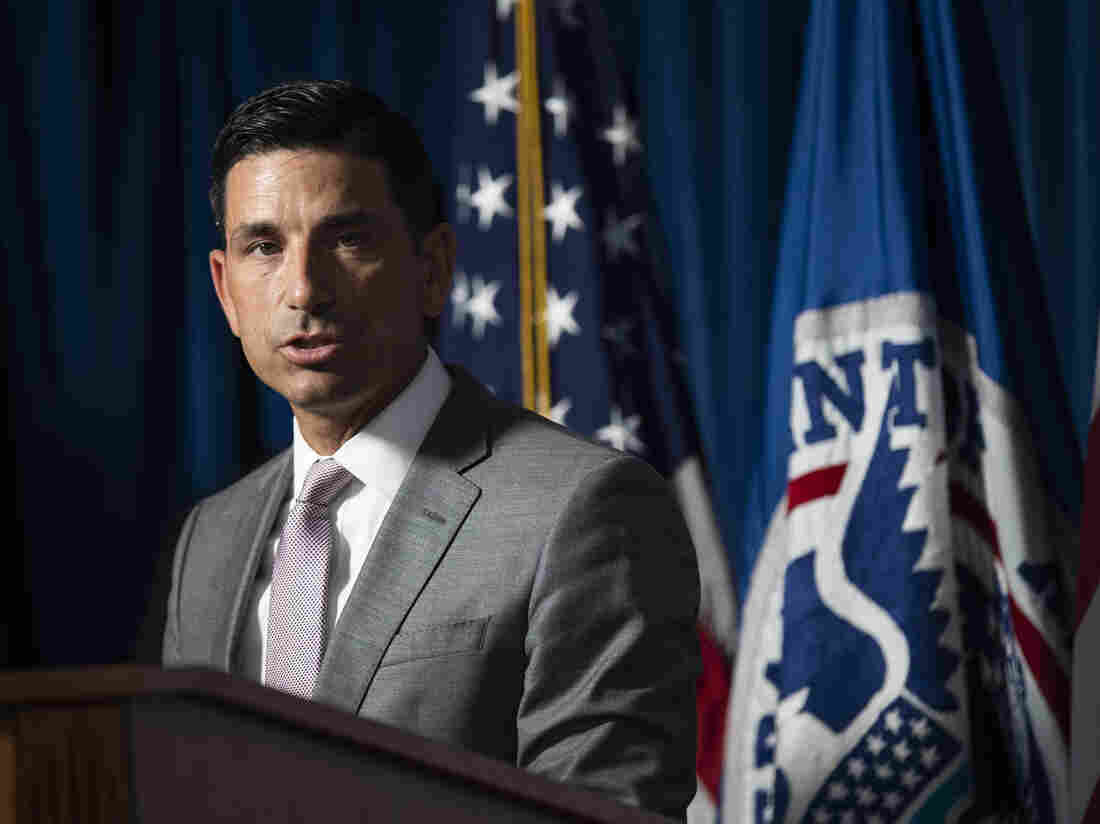 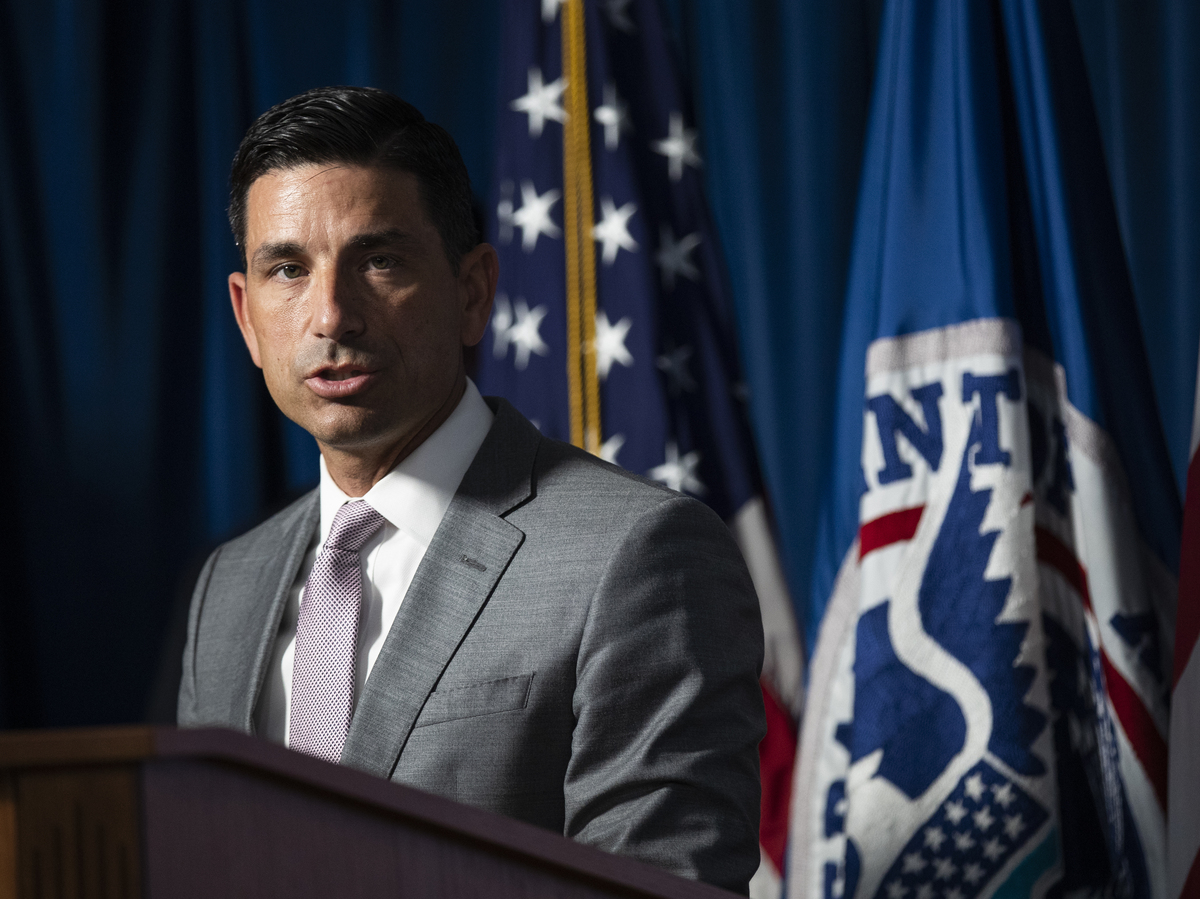 Chad Wolf, acting secretary of the Department of Homeland Security, addresses a news conference Tuesday in Washington, D.C., on the situation in Portland, Ore.

The acting head of Department of Homeland Security defended the controversial deployment of federal agents to Portland, Ore., saying the Trump administration would "not retreat" from its duty to protect federal property.

At a news conference Tuesday, Chad Wolf insisted that the department "will support and protect those who want to peacefully protest."

However, he said, "what is occurring in Portland in the early hours of every morning is not peaceful protesting," adding that individual protesters "are organized and they have one mission in mind: to burn down or to cause extreme damage to the federal courthouse and to law enforcement officers."

He said the agents were there to protect federal property, particularly the Mark O. Hatfield U.S. Courthouse, which has been the focus of some of the protests.

"We will not retreat," Wolf said.

Federal officers have arrested 43 people in Portland since July Fourth, according to DHS.

The protests in Portland and dozens of other cities were sparked by the May 25 death of George Floyd at the hands of Minneapolis police.

A decision by President Trump to send federal agents into the streets of Portland has been met with stiff criticism – especially in light of allegations that federal officers in unmarked vehicles have arrested protesters. Last week, acting Homeland Security Deputy Secretary Ken Cuccinelli acknowledged to NPR that federal agents had used unmarked vehicles to pick up people in Portland.

He said that U.S. Customs and Border Protection officers deployed in Portland are "highly trained officers ... in multi-camouflage wear because they work on the southwest border, and they work in an environment that demands that," he said.

"That is their everyday uniform, and it is completely appropriate," he said. "They have insignia on their uniforms that read 'police,' and they have patches ... that indicate which agency they are from."

"These police officers are not storm troopers. They are not Gestapo," he said.

In the wake of the arrests by federal agents, several lawsuits questioning the administration's authority to use broad policing have been filed, challenging the move on constitutional grounds.

Wheeler told NPR over the weekend that Wolf had rejected his appeal.

"[He's] basically told us to stuff it," the mayor said, adding that the incidents of protesters engaging in criminal activity had started to dissipate until federal agents arrived.

After initially threatening to sue the administration if it tried to deploy agents to Chicago, Mayor Lori Lightfoot said Tuesday that the city would be working with the federal government, according to the Chicago Tribune.

She said that city and federal law enforcement would be working "collaboratively" but warned she would respond to any abuses.