Accessibility links
Trump Expands Deployment Of Federal Agents To End 'Explosion Of Shootings' : Live Updates: Protests For Racial Justice Trump says agents will go "into communities plagued by violent crime." He adds the administration has "no choice but to get involved." 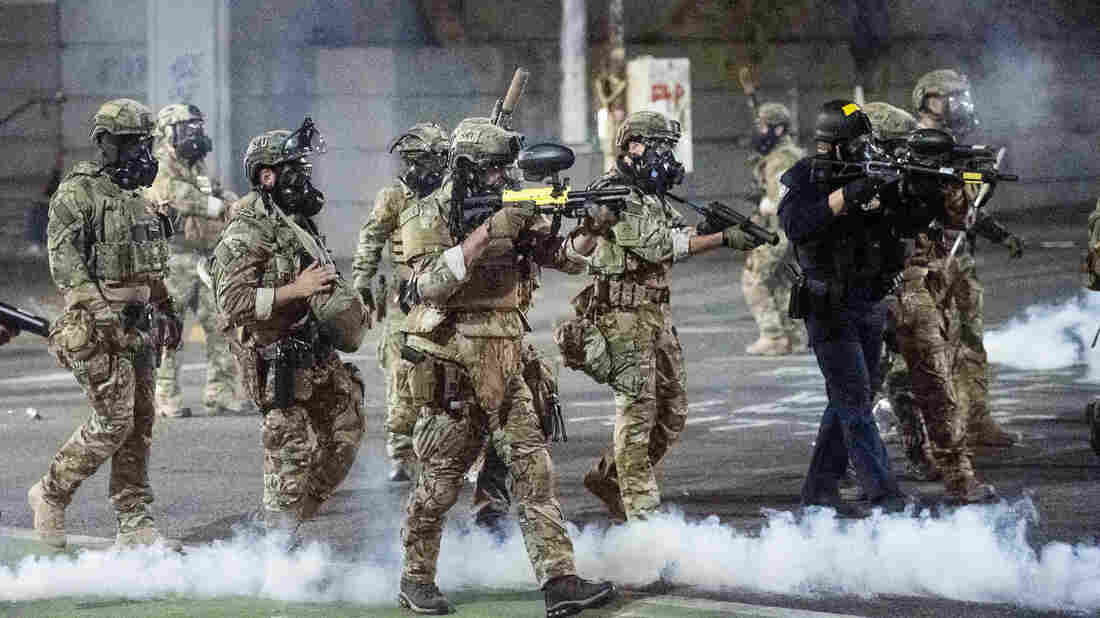 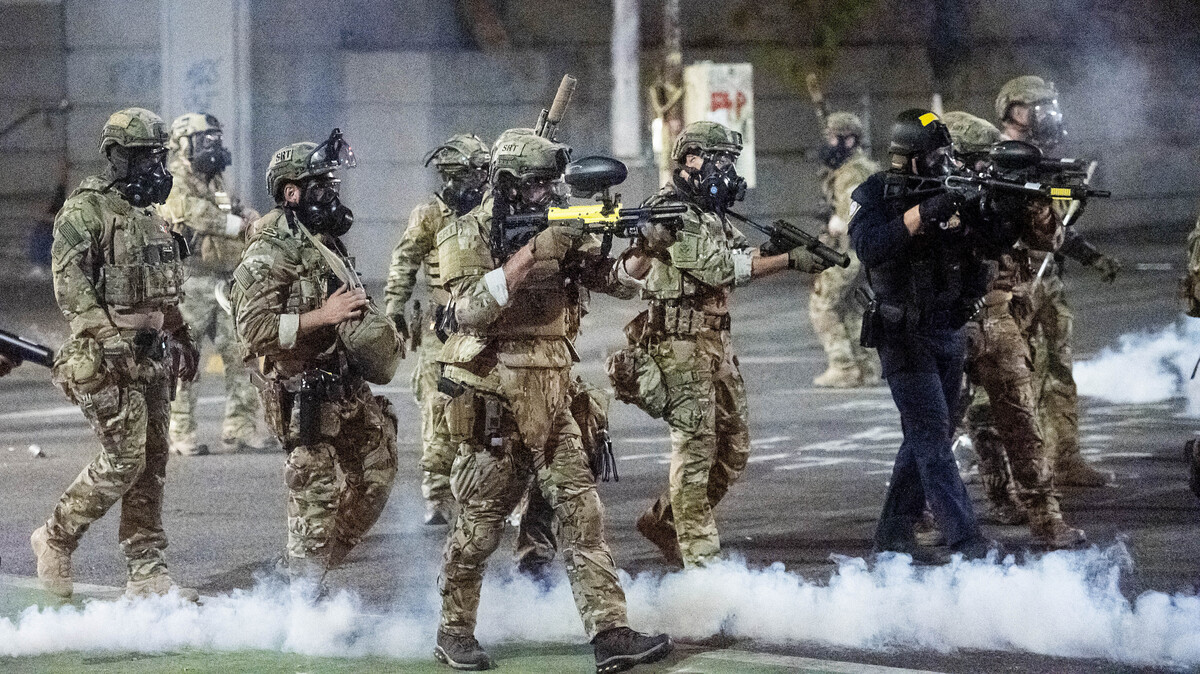 Trump accused local politicians in the cities of not doing enough to address what he says are waves of crime as the public and some politicians call for the reduction of police department budgets.

"In recent weeks there's been a radical movement to defund, dismantle and dissolve our police departments," Trump said, claiming "extreme politicians have joined this anti-police crusade and relentlessly vilified our law enforcement heroes."

"To look at it from any standpoint their efforts to shut down policing in their own communities has led to a shocking explosion of shootings, killings, murders and heinous crimes of violence. This bloodshed must end. This bloodshed will end," the president added.

Citing a long series of crime statistics – including for New York City, Philadelphia and Minneapolis – Trump urged other cities to ask for federal help.

During an event at the White House, Trump said the controversial deployment of federal agents would be "into communities plagued by violent crime." He added the administration has "no choice but to get involved."

"These are 'street' agents and investigators who will be working to solve murders and take down violent gangs," Barr said in prepared remarks, noting the personnel would come from the FBI, Drug Enforcement Administration, U.S. Marshals Service, Department of Homeland Security and the Bureau of Alcohol, Tobacco, Firearms and Explosives.

"This is different than the operations and tactical teams we use to defend against riots and mob violence," Barr said.

The announcement follows similar remarks by Chad Wolf, acting secretary of the Department of Homeland Security, who insisted Tuesday that the administration would "not retreat" from protesters who have taken to the streets in anti-racism and police brutality demonstrations.

The presence of federal troops in camouflage uniforms with no insignia has been met with stiff criticism over the last week in Oregon, where agents have been accused of snatching peaceful protesters off the street, throwing them into unmarked vehicles and placing them under arrest.

Barr said 200 federal agents have been sent to Kansas City, Mo., along with $3.6 million in grants to help hire more police officers. A similar number of agents and grants will go to Chicago, he said. More than 35 agents will be go to Albuquerque, along with more than $1.5 million in grants, he said.

Crime victims were at the White House for the announcement, including family members of LeGend Taliferro, a 4-year-old boy killed last month in Kansas City.