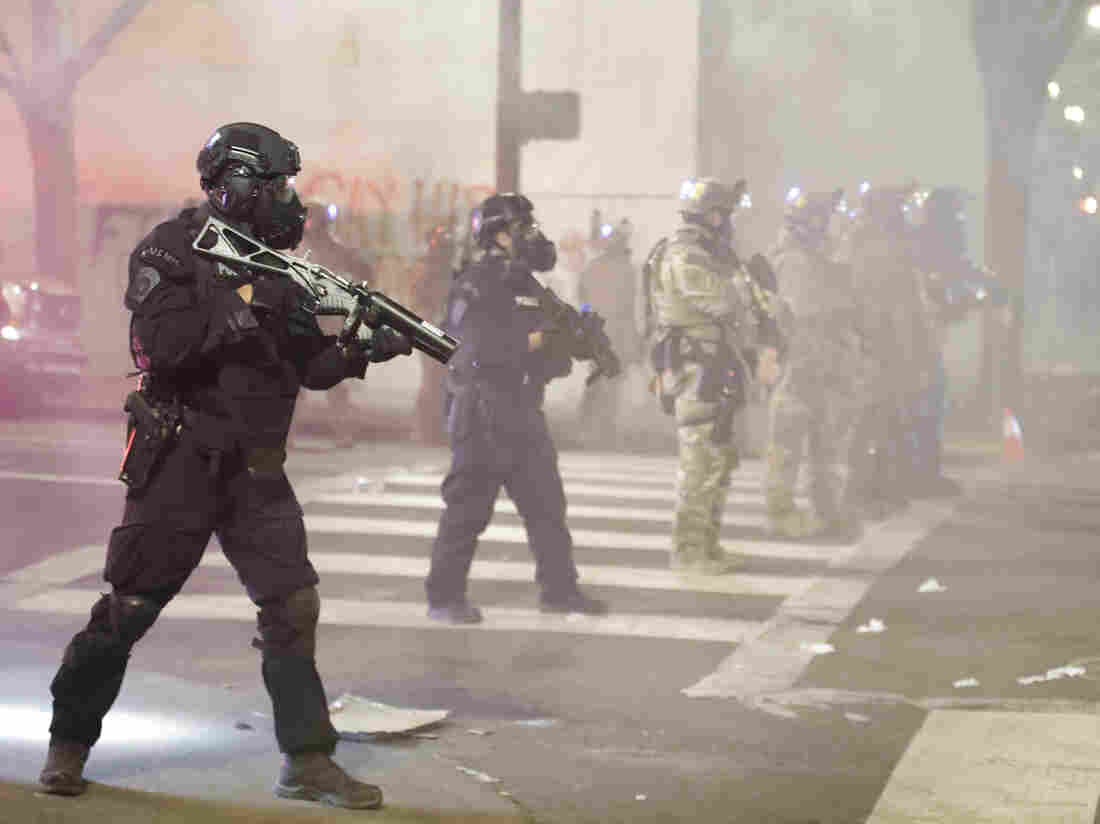 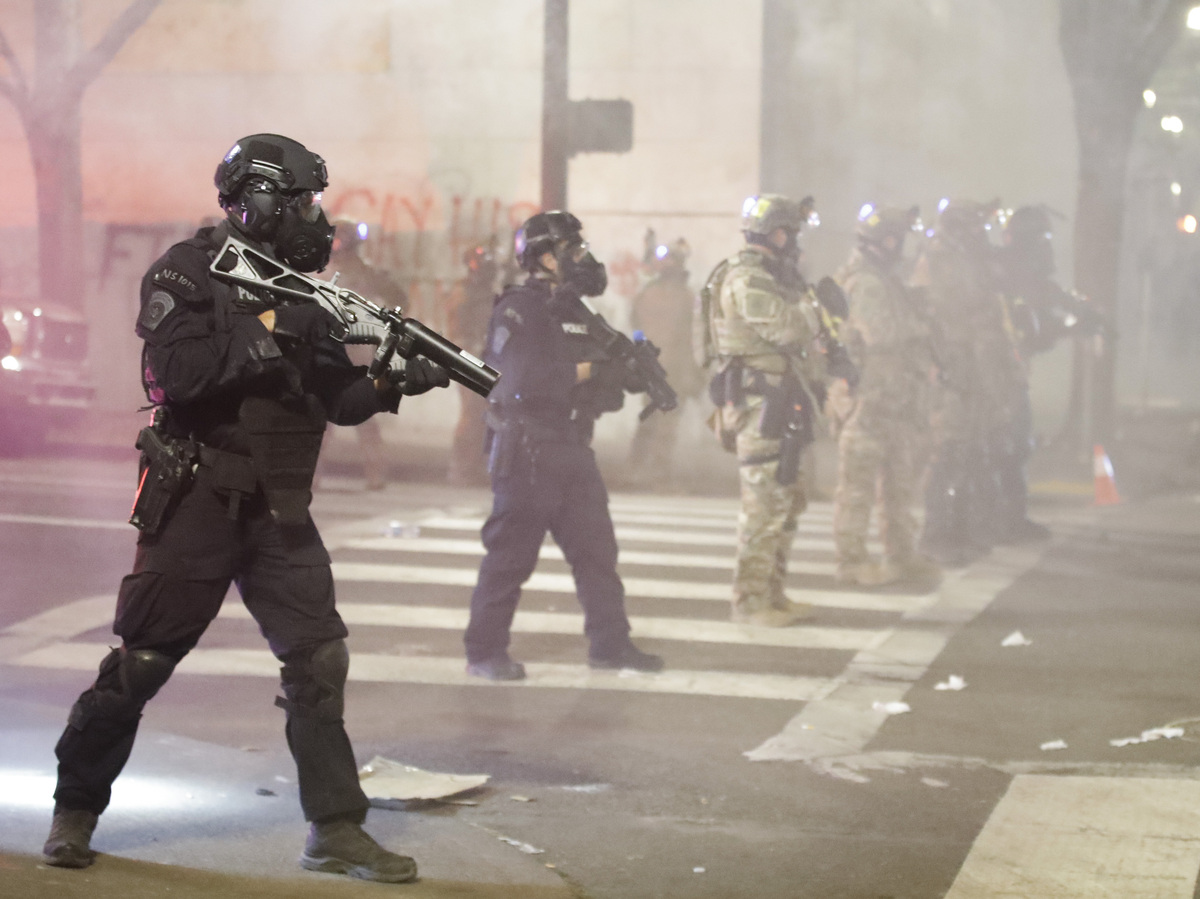 Oregon Gov. Kate Brown announced Wednesday that U.S. agents who were sent to protect a federal courthouse in Portland from demonstrators will begin departing on Thursday.

"After my discussions with VP Pence and others, the federal government has agreed to withdraw federal officers from Portland," the Democratic governor said on Twitter. "They have acted as an occupying force & brought violence. Starting tomorrow, all Customs and Border Protection & ICE officers will leave downtown Portland."

After my discussions with VP Pence and others, the federal government has agreed to withdraw federal officers from Portland. They have acted as an occupying force & brought violence. Starting tomorrow, all Customs and Border Protection & ICE officers will leave downtown Portland.

Acting Homeland Security Secretary Chad Wolf said he and Brown have been in regular communication over the last 24 hours but added there would still be a "robust presence" of Oregon State Police in the area until it is clear federal properties in the city are safe.

"The Department will continue to maintain our current, augmented federal law enforcement personnel in Portland until we are assured that the Hatfield Federal Courthouse and other federal properties will no longer be attacked and that the seat of justice in Portland will remain secure," Wolf said in a statement.

He added that Oregon State Police will work with Federal Protective Service officials to ensure federal properties are safeguarded.

On All Things Considered on Wednesday afternoon, NPR's Ari Shapiro asked Brown how strong of a commitment she had from the federal government.

"Look, the plan is very, very clear,"" she said. "It's certainly a phased withdrawal, and [President] Trump's troops are leaving the city."

Without providing details, Brown added that she has directed state officers to use "each and every strategy to de-escalate and avoid confrontation with protesters." However, she acknowledged that state police will intervene if protesters seek to damage federal property.

Trump, who has used a law-and-order mantra in his reelection campaign, told reporters at the White House earlier Wednesday that federal agents would not leave Portland until state and local officials had "secured their city."

Oregon Public Broadcasting reported earlier that state and Portland officials were in "very serious conversations" with the Trump administration to recall the federal agents.

If the Federal Government and its brilliant Law Enforcement (Homeland) didn’t go into Portland one week ago, there would be no Portland -- It would be burned and beaten to the ground. If the Mayor and Governor...

In recent days demonstrations in Oregon's most populous city have turned violent, with reports of some in the crowd throwing bottles, firing mortar-style fireworks over a metal barricade and clashing with federal agents sent to protect the federal courthouse and other properties.

Federal agents have used tactics, including flash grenades, pepper spray and pepper balls as well as batons, to disperse crowds.

U.S. agents were also deployed to Seattle to safeguard federal property there but have since been withdrawn, according to city and state officials.

Officials in both Oregon and Washington state denounced the deployments and said their presence ratcheted up tensions with protesters.

"This demobilization means Washingtonians no longer have to worry about the White House's aim to provoke confrontation and undermine peaceful protests," Inslee said.

"Those peacefully protesting have raised the public's consciousness of the urgent need for racial justice, and I have no doubt they will continue to use their voices to call for action."

Durkan added that policing decisions in her city should be left up to Seattle Police Chief Carmen Best. 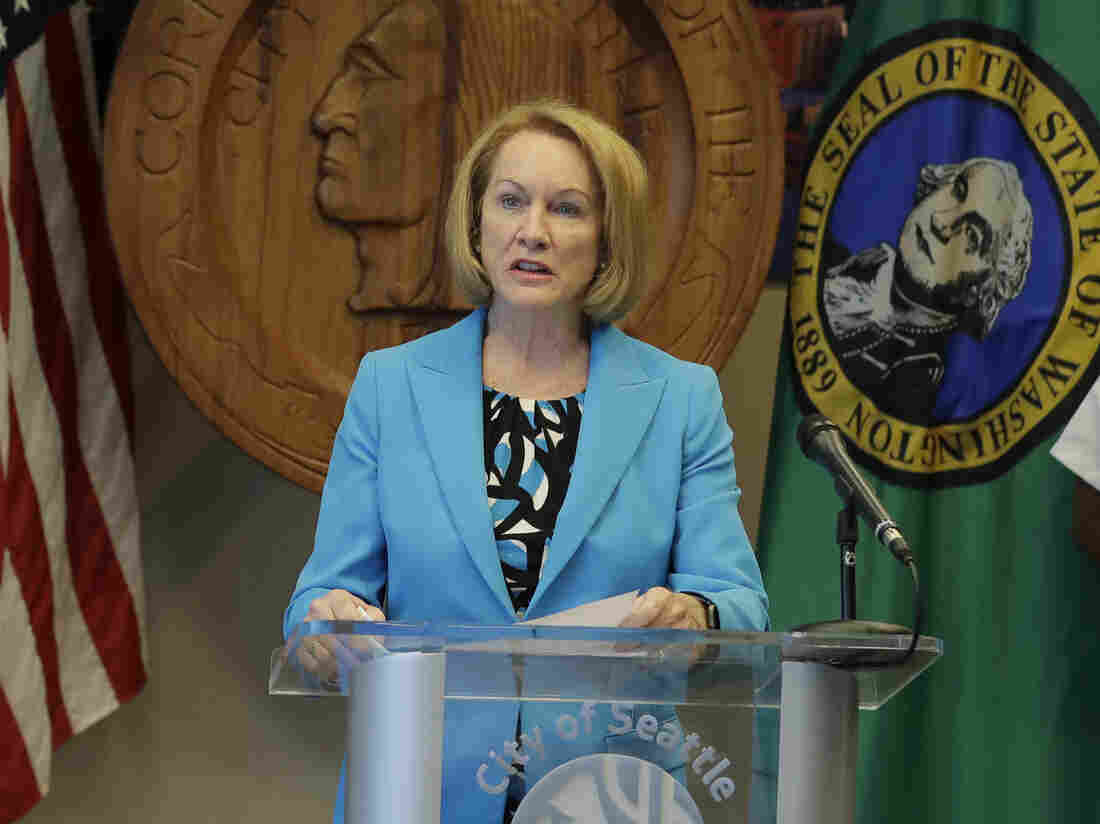 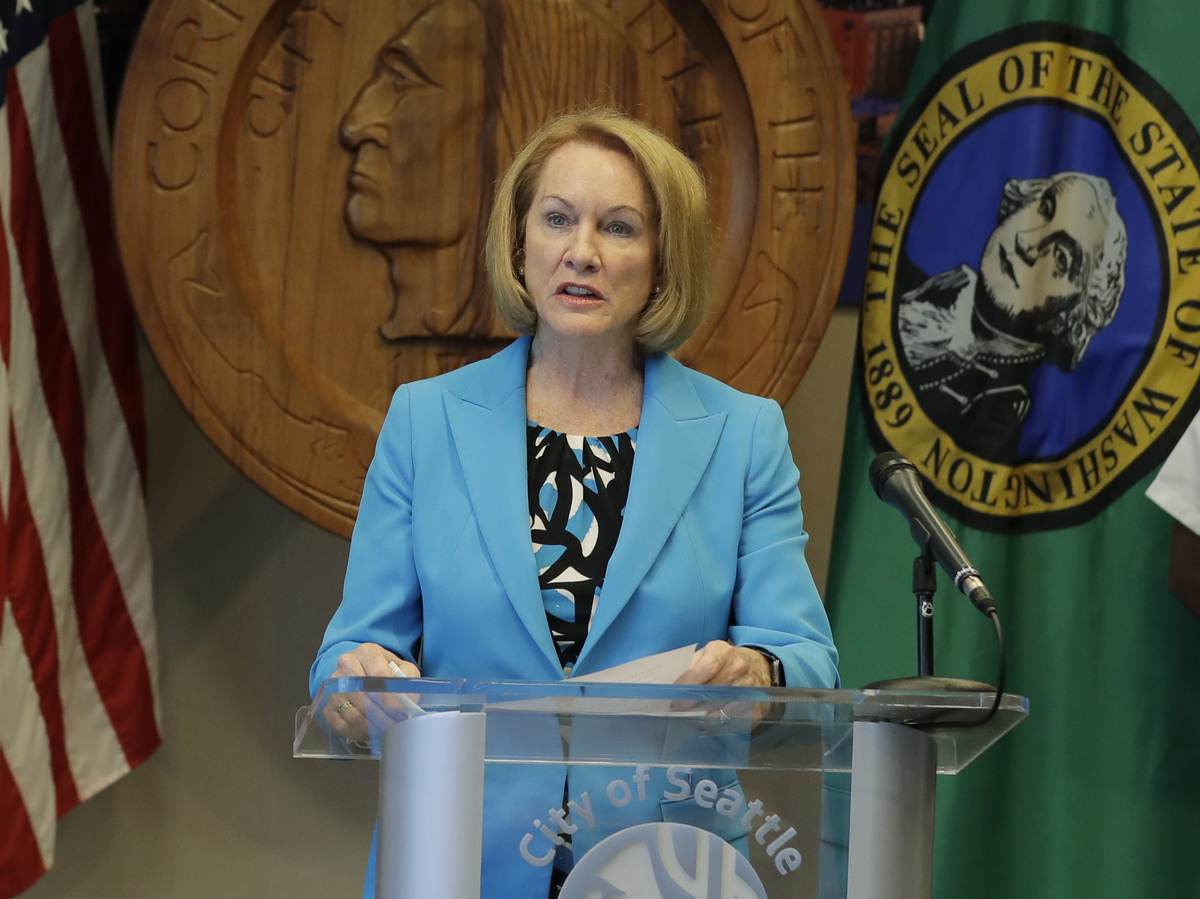 Seattle Mayor Jenny Durkan speaks earlier this month at a news conference. Durkan and the governor of Washington state said U.S. officers sent to protect federal buildings in the city have since left.

"The president's actions to target and 'dominate' Democratic cities through the use of federal forces is chilling. It has increased violence in Portland, Seattle and other cities across the country, which was what the president intended," she said.

The recalling of federal troops in Seattle followed a contentious hearing before the House Judiciary Committee on Tuesday, where Attorney General William Barr railed against protesters and said that "federal courts are under attack."

.@DHSgov notified me that federal forces deployed to Seattle have demobilized & left. The President’s actions to target Democratic cities with federal forces is chilling and increased violence in Portland, Seattle & other cities - exactly what the President intended.

Rep. Jerry Nadler, D-N.Y., the committee chairman, pushed back on Barr's characterization of the protests.

"The protesters aren't mobs — they're mothers and veterans and mayors," Nadler said. The chairman added that real leadership should involve de-escalation. "Instead you use pepper spray and truncheons on American citizens," he said.

The attorney general rejected that and cited the numbers of police and federal officers injured while carrying out their duties.