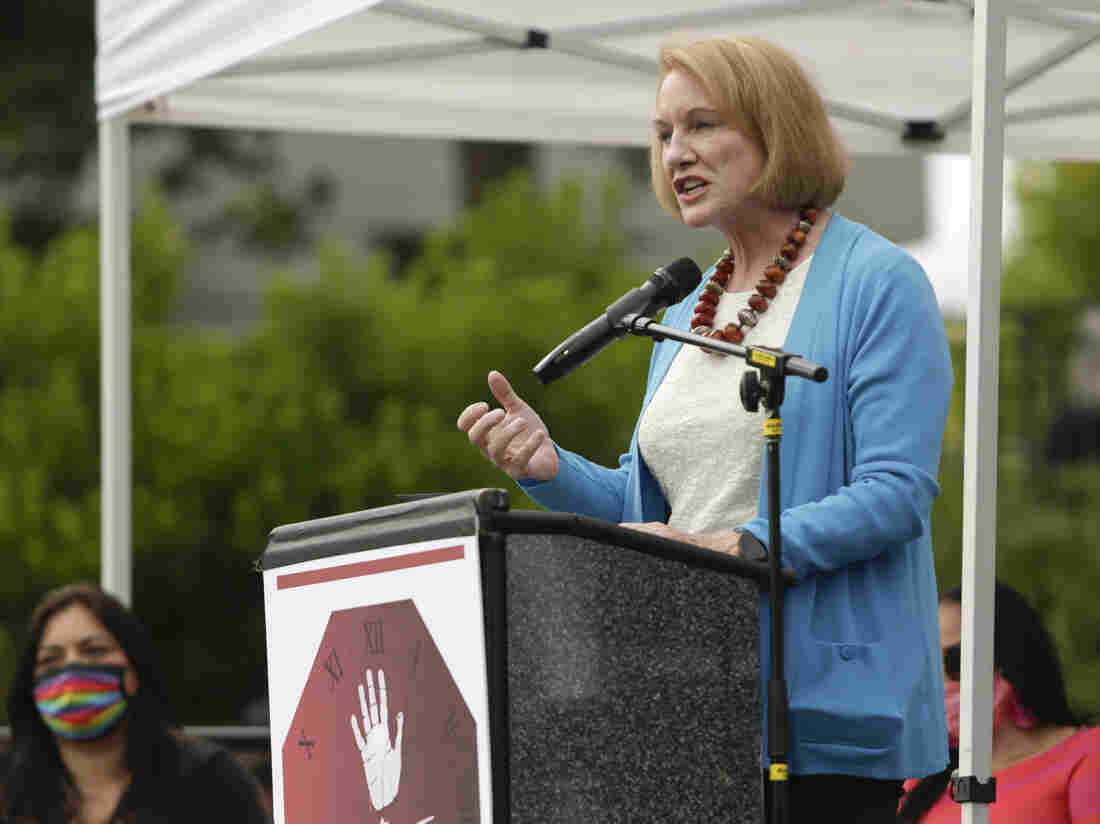 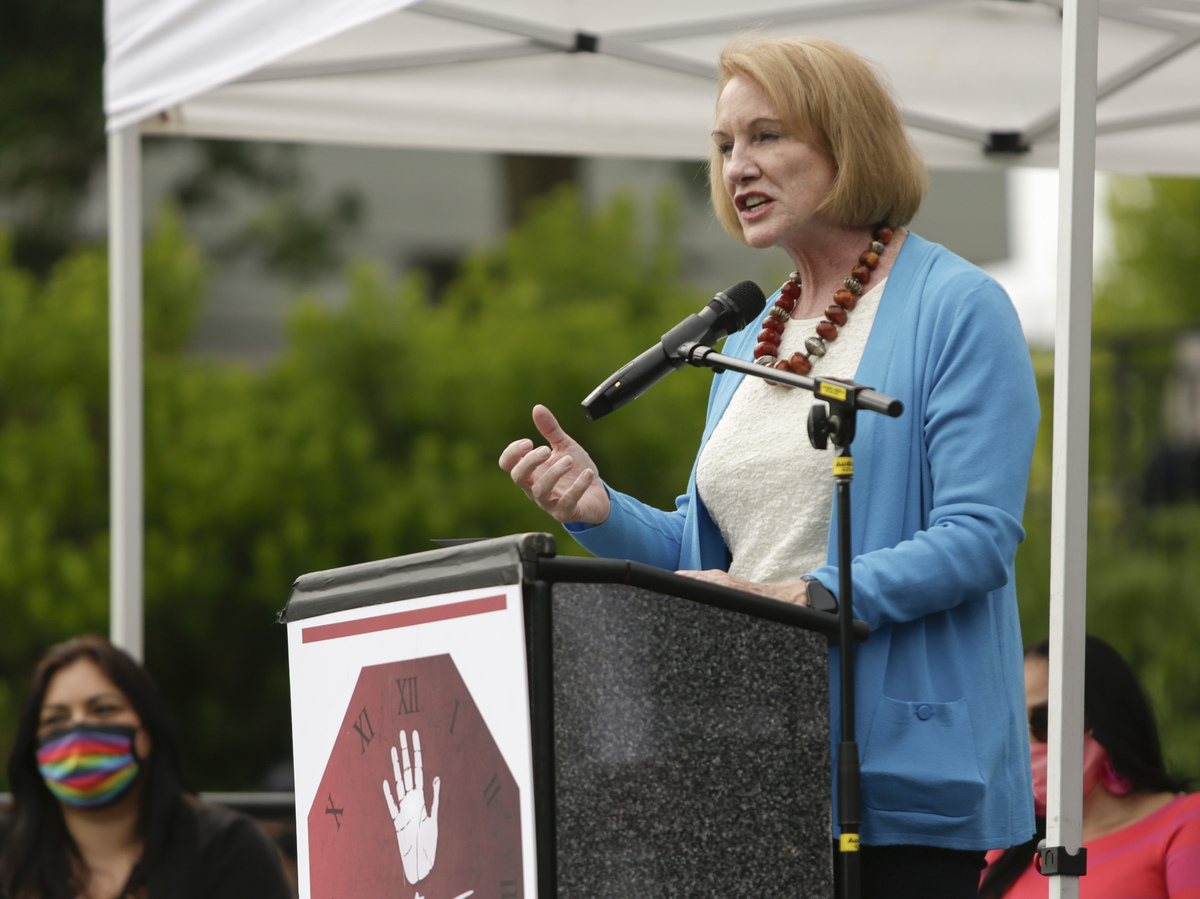 Seattle Mayor Jenny Durkan says the deployment of federal agents into U.S. cities risks disenfranchising voters. Above, Durkan speaks during the "The Next Steps" rally on June 19, 2020.

As federal law enforcement agents descend onto cities in what the Trump administration describes as an effort to quell gun violence, Seattle's Democratic Mayor, Jenny Durkan, says it "looks like a dry run for martial law" that has the potential to suppress voting rights in the country.

"It is unprecedented for federal authorities to take this level of approach for local jurisdictions and cities and surge federal resources in them to take over public safety duties like arresting people and policing protesters," Durkan said in an interview on Wednesday.

The deployments are part of Operation Legend, a program named after LeGend Taliferro, a 4-year-old boy killed last month in Kansas City. It is intended to quell gun violence and help solve murders in cities across the country. Federal agents have been deployed to multiple cities under the program, including Chicago, Albuquerque, Kansas City, Milwaukee, Detroit, Cleveland and Seattle.

Durkan said that if agents were placed in cities where there are already heightened threats to voting rights, then she is "very concerned about what it could do to suppress the vote in America."

"The places that they are sending these federal agents are primarily in places where there are significant protests against police violence and for racial equity," Durkan said. "And it doesn't take much of a leap to also use those agents to say you're protecting the polls, but have federal agents in and around polling places to fight against fraud when really it's suppression."

Durkan said she told the Department of Homeland Security she did not want federal agents sent into her city, but despite that, forces were deployed and put on standby. She said they've since left, but she and other mayors feel the federal deployments could be part of a darker political goal.

"We have seen, and I've talked to mayors across the country, the same thing when the president actually tweets, and it's not my words saying he's targeting cities run by Democrats, he's openly admitted it and tweeted about it," Durkan said. "And I think that that is really a chilling prospect that a president of the United States would use federal resources for political purposes."

Some mayors have indicated some support for the move: Detroit Mayor Mike Duggan said the deployment of federal agents is "a welcome contribution," as long as agents don't meddle with the largely-peaceful protests in his city.

But many mayors, including Durkan, have come out forcefully against the operation. Chicago Mayor Lori Lightfoot called the operation "tyranny" and insisted "we are not having it in Chicago." Milwaukee Mayor Tom Barrett said he is "extremely concerned that President Trump is looking for opportunities to create more political division in cities across the nation," adding that "federal agents are not welcome here for that purpose."

Danny Hajek and Arezou Rezvani produced and edited the audio version of this story.