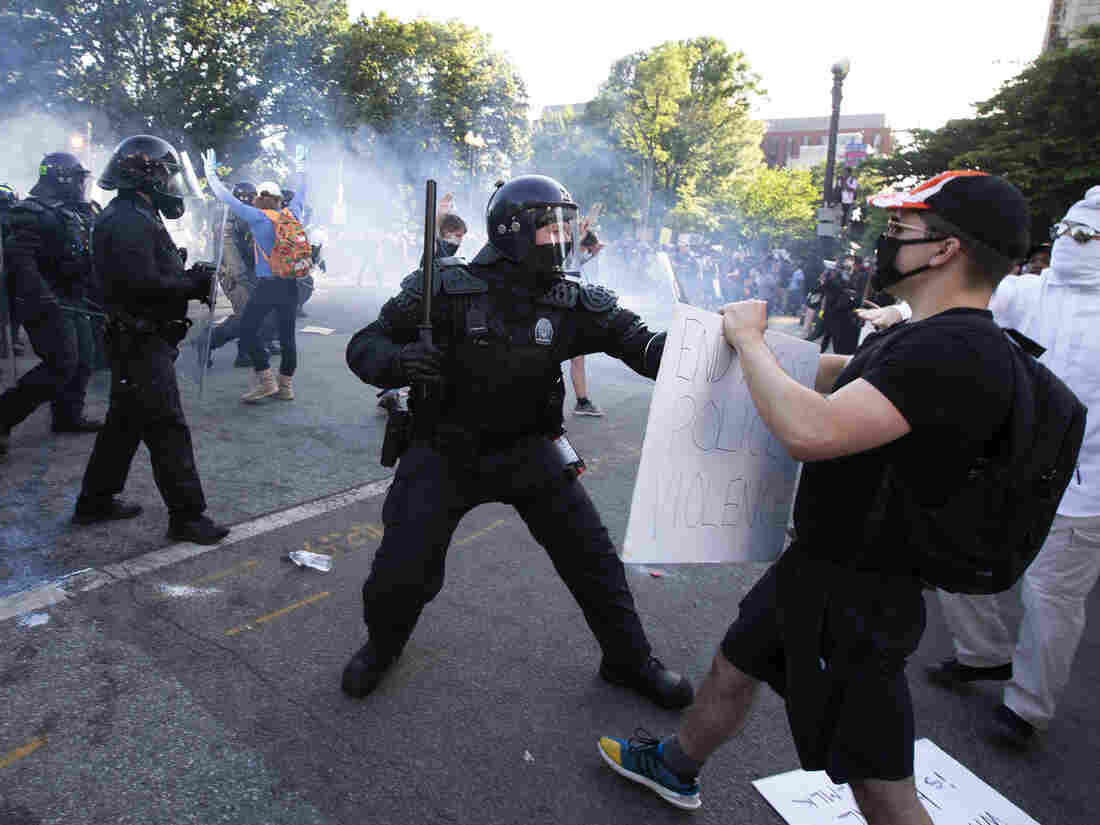 A law enforcement officer raises a baton and tear gas is fired during protests near the White House on June 1. Jose Luis Magana/AFP via Getty Images hide caption 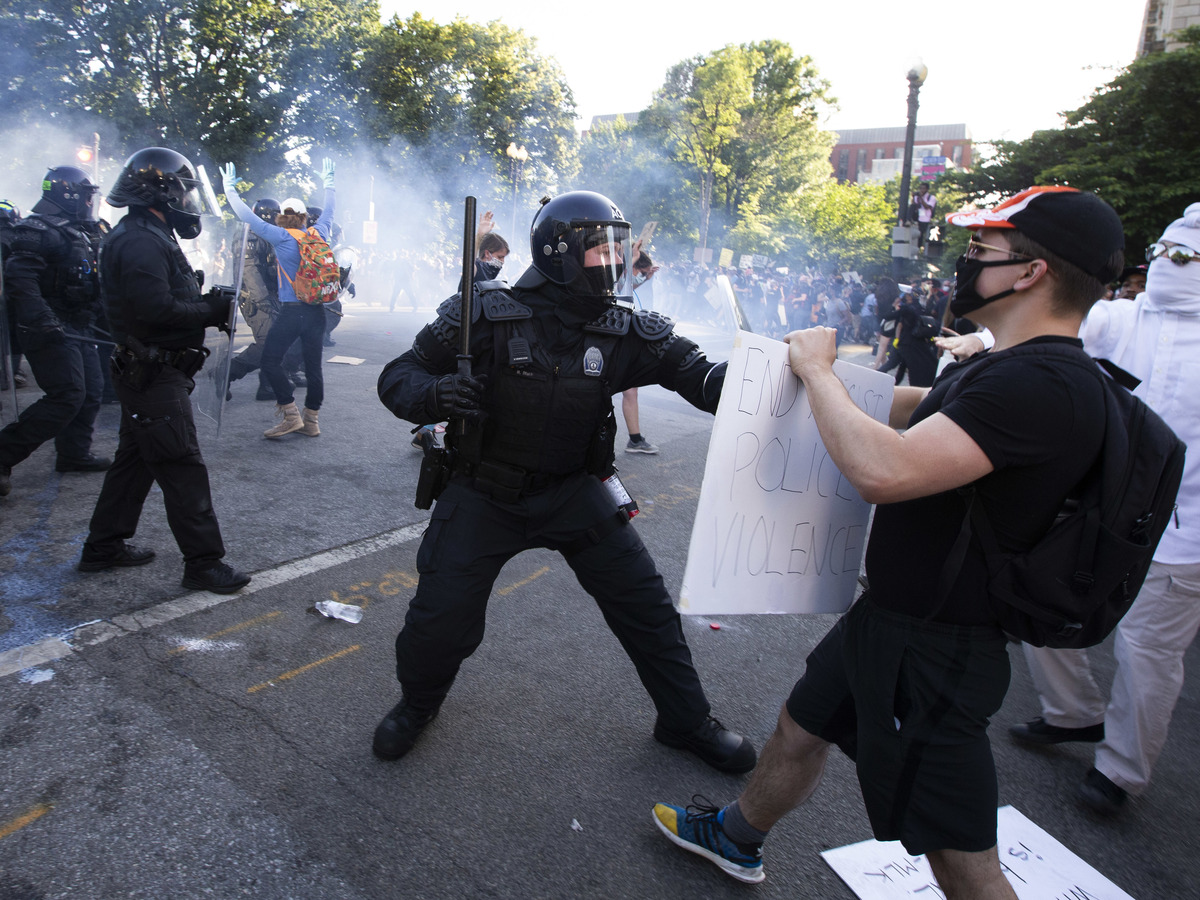 A law enforcement officer raises a baton and tear gas is fired during protests near the White House on June 1.

Amnesty International says it has documented 125 separate instances of violence against protesters for racial justice in the U.S. over an 11-day period earlier this summer.

In a report published Tuesday, the human rights organization says that in the five years since 18-year-old Michael Brown was killed in Ferguson, Mo., "there has been a disturbing lack of progress ... in ensuring that police officers use lethal force only when there is an imminent risk of death or serious injury to themselves or others."

The instances took place between May 26 and June 5. They spanned 40 states and the District of Columbia, and allege excessive force by state and local police departments, as well as National Guard troops and federal agents. Among the incidents are beatings, the use of tear gas and pepper spray, and the firing of "less lethal" munitions. The study also documented the targeting of medics, legal observers, and journalists by law enforcement officers.

One of the episodes documented in the report is the account of Lizzie Horne, a Rabbinical student and protester in Philadelphia.

"Out of the blue, they started breezing pepper spray into the crowd. ... Then they started with the tear gas. Someone who was right in front — had a tear gas canister hit his head and started running back. We were trying to help him, flushing his eyes and then he just fainted and started having a seizure," Horne recounts in the report. "People started putting their hands up but the cops wouldn't let up."

The report calls for action to limit the use of deadly force by law enforcement. The Washington Post's Fatal Force database found that nearly 1,000 people were shot and killed by police in 2019.

Few of these instances ever find their way to court, where convictions of officers are rare. Philip Stinson at Bowling Green State University found that from 2005-2018, there were 97 state or local law enforcement officers who were arrested for murder or manslaughter resulting from an on-duty shooting where the officer shot and killed someone in the U.S. Of those, just 35 were convicted of a crime resulting from the shooting. Twenty of the cases were still pending when the research was published in March 2019.

"The unnecessary and sometimes excessive use of force by police against protesters exhibits the very systemic racism and impunity they had taken to the streets to protest," said Ernest Coverson, Amnesty International USA's End Gun Violence Campaign Manager. "The research shows that people who were simply exercising their human right to peacefully protest were met with such violence that they lost eyesight, survived brutal beatings, and suffered seizures and severe wounds."

NPR has requested comment on the report from the U.S. Department of Justice and the Fraternal Order of Police, but did not receive a response from either.

Amnesty International called on the Justice Department, state attorneys general and local authorities to investigate these incidents and bring those responsible to account. It also urged state legislatures to enact statutes that limit the use of lethal force by law enforcement to only those instances where it's necessary to protect against an imminent threat of death or serious injury.

And when it comes to the rights of protesting for racial equality and against excessive force by police?

The organization says authorities at all levels in the U.S. "must ensure that everyone under their jurisdiction can enjoy their human rights to peaceful assembly and freedom of expression."