Accessibility links
Former Atlanta Police Officer Who Shot Rayshard Brooks Sues City Over Firing : Live Updates: Protests For Racial Justice In the lawsuit, former police Officer Garrett Rolfe alleges that his firing turned him into a "public spectacle." He is charged in Brooks' killing in a Wendy's parking lot. 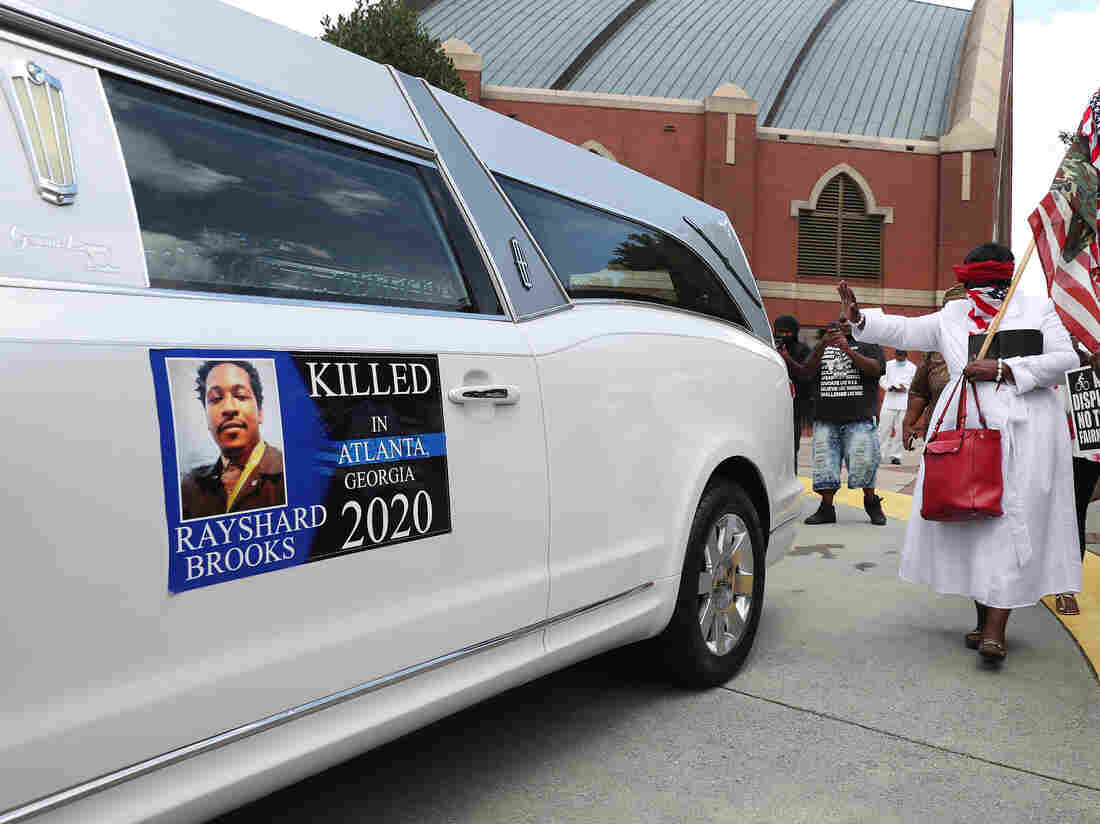 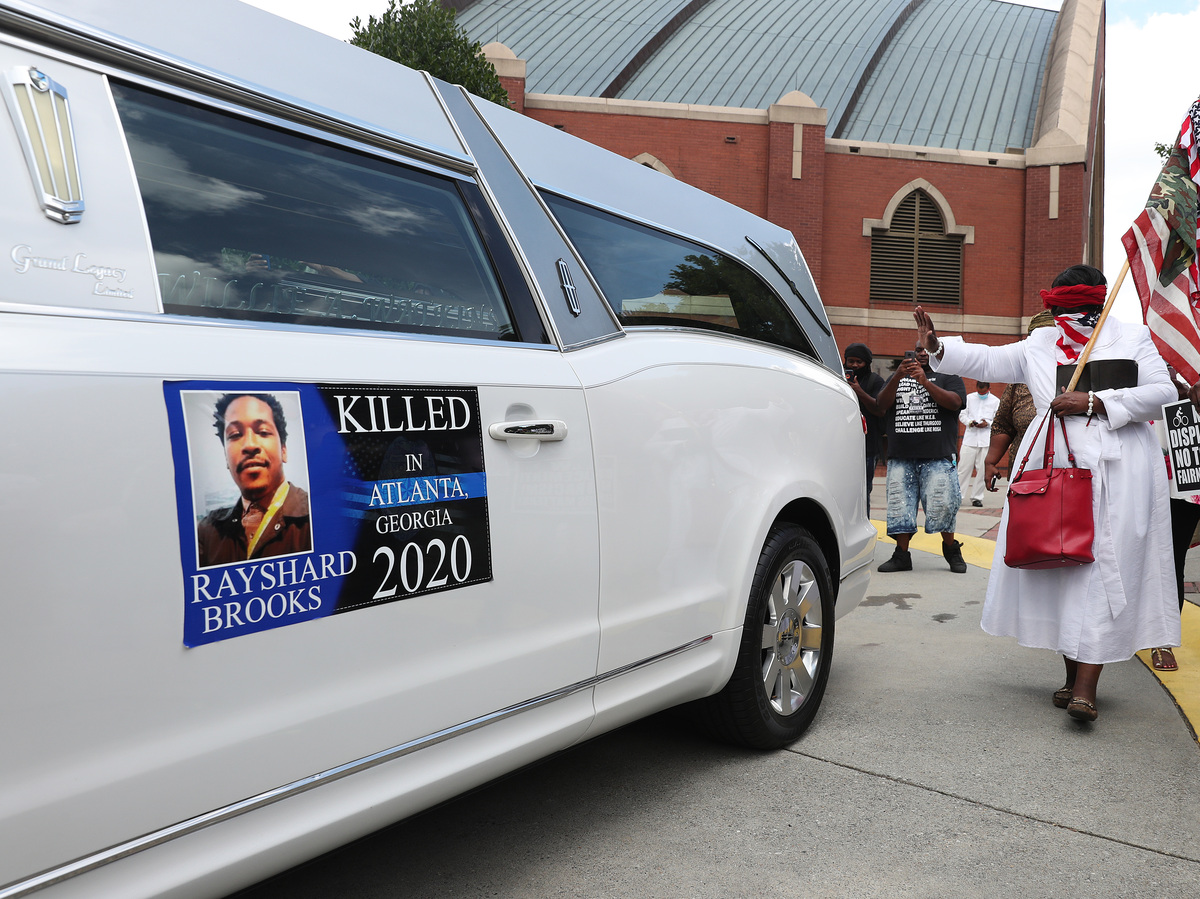 People gather near a hearse carrying Rayshard Brooks' body after his June 23 funeral at Ebenezer Baptist Church in Atlanta.

A former Atlanta police officer, charged in the fatal shooting of a Black man in a Wendy's parking lot in June, has sued the city's mayor and interim police chief over his firing.

In the suit filed Tuesday against Mayor Keisha Lance Bottoms and interim police Chief Rodney Bryant, former Officer Garrett Rolfe's attorneys claim that his use of deadly force against Rayshard Brooks had been justifiable.

"The Petitioner has suffered irreparable injury to his personal and
professional reputation as a result of his unlawful dismissal," the suit says. "As a result of the unlawful action of the Respondent, the Petitioner has become a public spectacle and object of ridicule. His unlawful termination was unnecessarily public and has attracted national media attention."

Rolfe, who is white, was fired from the Atlanta police force on June 13, a day after Brooks' death, in a killing that further escalated racial tensions and discussions on police treatment of Black Americans.

The same day Rolfe's lawsuit was filed, prosecutors asked the court to revoke the former officer's $500,000 bond, alleging he had traveled to Florida without permission, according to The Associated Press.

Late on the night of June 12, Rolfe and another officer, Devin Brosnan, responded to a call that 27-year-old Brooks had fallen asleep in the Wendy's drive-through lane. After interacting for more than 40 minutes, Rolfe and Brosnan attempted to handcuff Brooks, who struggled and broke free from their restraint.

When Rolfe and Brosnan attempted to put handcuffs on Brooks, he was able to break away and take one of their stun guns. As Brooks ran, he fired it back at police. After a brief chase, Rolfe fired his service weapon at Brooks, shooting him twice in the back.

Brosnan, the other officer involved in the attempted arrest, is facing lesser charges and remains with the Atlanta Police Department.