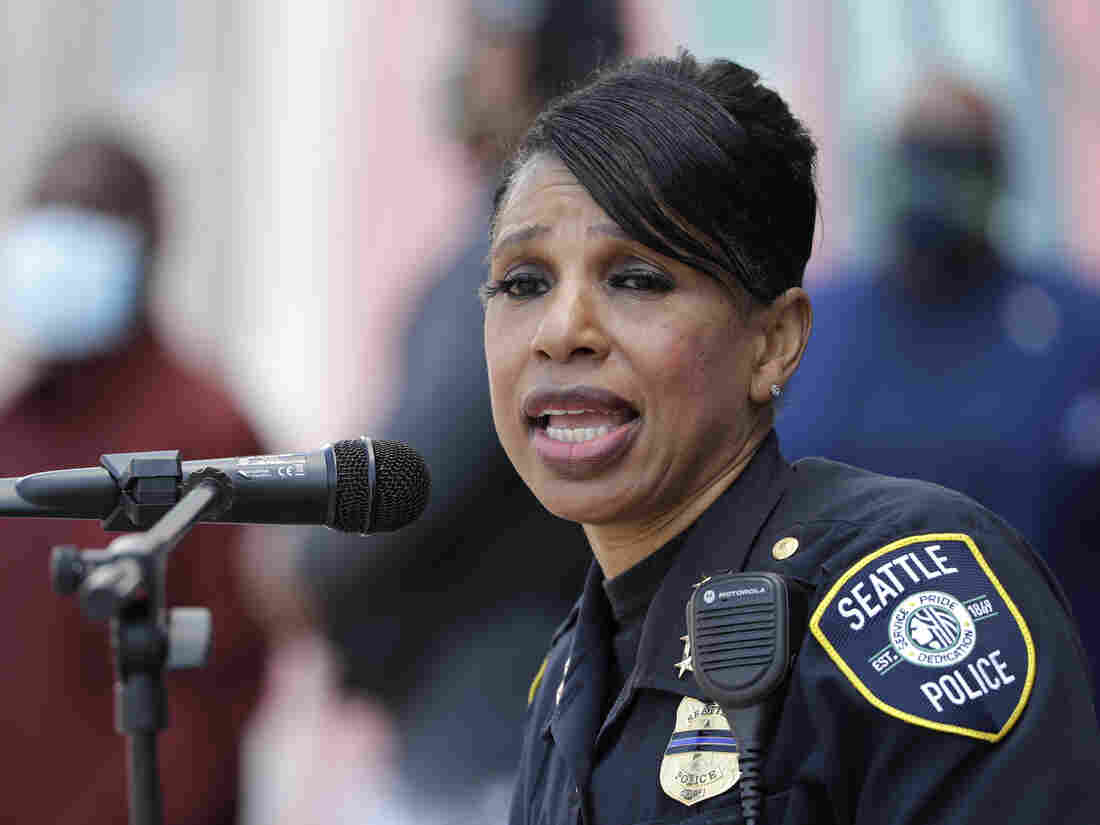 Seattle Police Chief Carmen Best said in a letter to the department: "This was a difficult decision for me, but when it's time, it's time." Elaine Thompson/AP hide caption 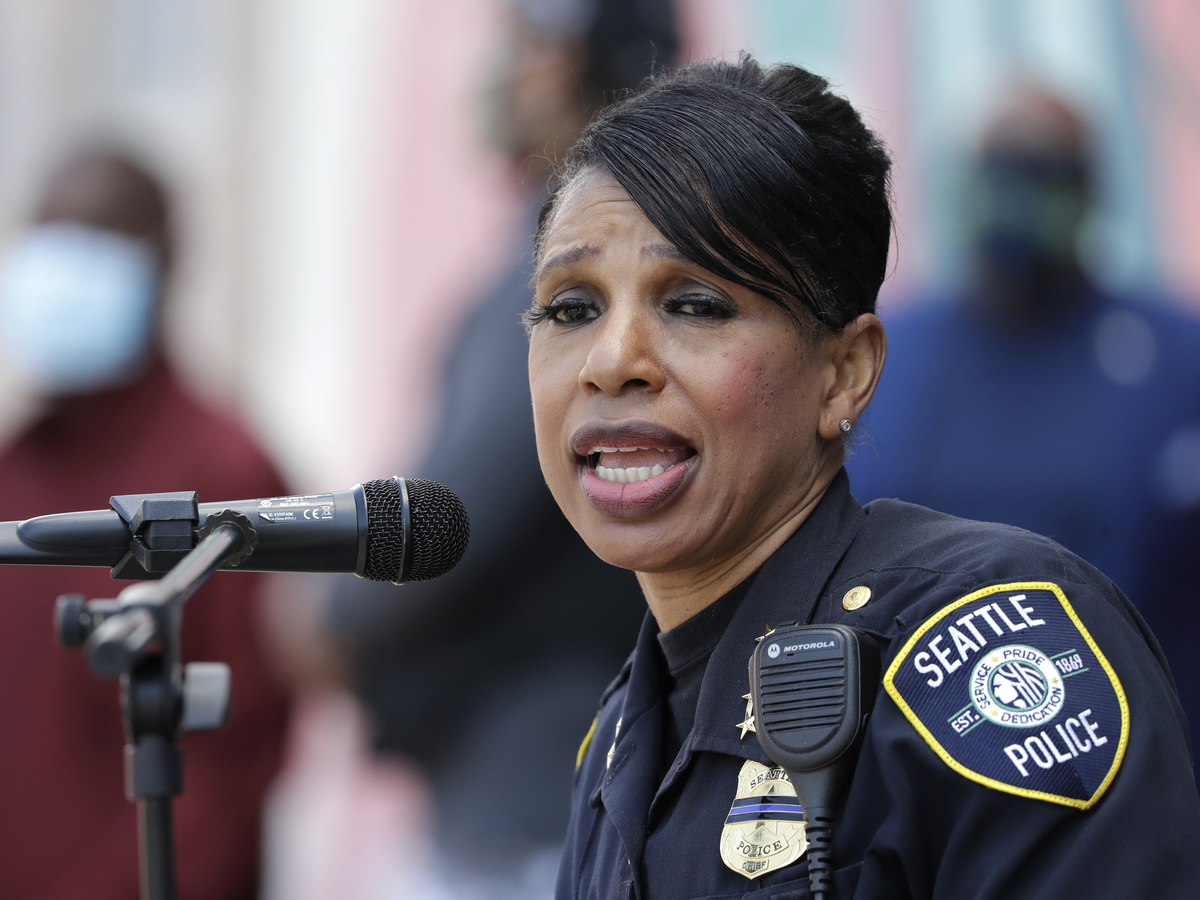 Seattle Police Chief Carmen Best said in a letter to the department: "This was a difficult decision for me, but when it's time, it's time."

Seattle Police Chief Carmen Best is resigning, abruptly announcing her departure late Monday just hours after the city council voted to strip the police department of some resources, including cutting around 100 jobs.

Best, the city's first Black police chief, will depart after a tumultuous few months in Seattle, where intense protests against racial injustice and heavy-handed police practices drew national attention after the killing of George Floyd by Minneapolis police on Memorial Day.

"This was a difficult decision for me, but when it's time, it's time," Best said in a letter to the Seattle Police Department, according to member station KUOW in Seattle.

Best has served in the department for nearly 30 years. She will retire effective Sept. 2.

"I look forward to seeing how this department moves forward through the process of re-envisioning public safety. I relish the work that will be done by all of you," Best said.

Mayor Jenny Durkan said she accepted Best's decision "with a very heavy heart," in a statement republished by The Seattle Times. She also praised Best for meeting regularly with community leaders and leading the department through a decreased major crime rate in 2019.

"I regret deeply that she concluded that the best way to serve the city and help the department was a change in leadership," Durkan said.

The mayor added that Deputy Chief Adrian Diaz will assume the role of interim chief next month.

Best has been dogged by mounting criticism over what protesters and observers viewed as her department's overly aggressive tactics to control crowds, including the police use of tear gas and flash-bang grenades during early demonstrations that had been mostly peaceful.

Since June, Best has also faced a backlash over her approach to demonstrators taking over the area around the department's East Precinct building — and to the violence that unfolded in what became known as the Capitol Hill Organized Protest, or CHOP Zone (it has also been referred to as the Capitol Hill Autonomous Zone or CHAZ).

In an interview with KUOW on Monday, Best expressed concern that she had not seen the city council's proposal before the vote to redirect funding for her department.

"What really concerns me is I just have not seen the plan," Best said.

"We have 800,000 calls for service every year. If you just lop off, even 100 officers, that's going to be highly detrimental to a department that wasn't staffed enough to deal with the calls we did have. And who is going to answer? I'm going to tell ya, at 3 a.m., when somebody is standing in the street in some kind of crisis mode, armed or unarmed, somebody is going to need to respond to address it."

Just last week NPR reported that unlike police chiefs in cities like in Portland, Ore., Atlanta, and Louisville, Ky., who were fired or resigned during the national protests calling for social justice reform, Best looked to be surviving.

But after the city council's vote, she decided it was time for her to go.