Accessibility links
Breonna Taylor's Mother: 'Every Day Is Still March The 13th' Awaiting Charges : Live Updates: Protests For Racial Justice "I absolutely expect there to be charges based on the evidence," attorney Benjamin Crump says after Taylor's family meets with Louisville's mayor and the Kentucky attorney general. 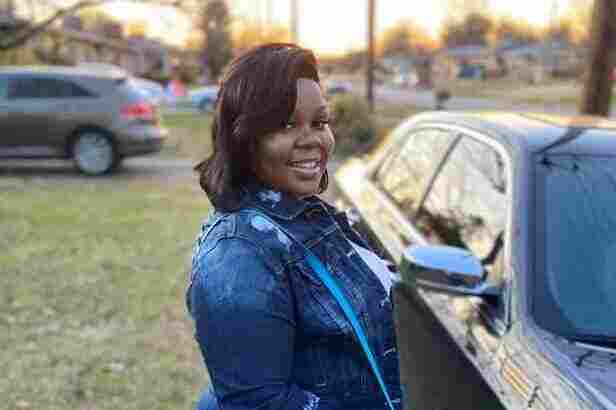 Emergency medical technician Breonna Taylor, 26, was shot and killed by police in her home in March. Her name and those of others have become rallying cries in protests against police brutality and social injustice. Taylor Family hide caption 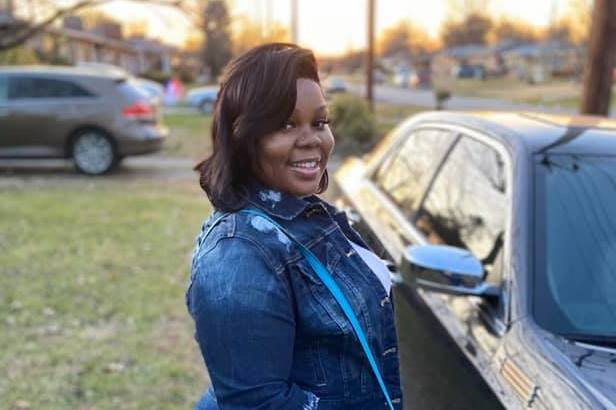 Emergency medical technician Breonna Taylor, 26, was shot and killed by police in her home in March. Her name and those of others have become rallying cries in protests against police brutality and social injustice.

Breonna Taylor's mother says she hopes investigators will "come out with the right answer" about her daughter's death as Taylor's family renews their call for criminal charges against the Louisville police officers who shot and killed Taylor five months ago.

"Every day is still March the 13th," she added, a reference to when Taylor, a 26-year-old Black emergency medical technician, was killed by officers who were performing a narcotics search warrant. Officers entered Taylor's home in the early morning as she and her boyfriend were sleeping.

In the months since Taylor's killing, her name, along with George Floyd, Rayshard Brooks and others, have become rallying cries during national protests, cited as examples of social injustice and police brutality.

Palmer was asked what she learned from Cameron about the probe.

"Just that he wants to have the right answer at the end of this," Palmer said. "He doesn't want to rush through it. So for me, I'm trying to accept that and be patient with that. Because I definitely want him to come out with the right answer."

It was the attorney general's first face-to-face meeting with the family, Baker said.

"During the meeting he indicated he did not reach out previously as he was fearful it could compromise his investigation," Baker said, adding that Cameron also told the family that he was awaiting ballistics evidence from the FBI.

"It really speaks to why we should not have the police policing themselves," Crump said, "because we lost two months while we were letting them try to figure out how to justify the unjustifiable. And so now we're waiting on ballistics tests over 150 days later?"

He added, "I absolutely expect there to be charges based on the evidence."

The state attorney general's office released few details about Wednesday's meeting, but it reiterated that the investigation into Taylor's death is still active.

"The meeting provided an opportunity for Attorney General Cameron to personally express his condolences to the family. The investigation remains ongoing, and our Office of Special Prosecutions continues to review all the facts in the case to determine the truth," according to a statement.

Attorney General Cameron was grateful today to meet with the family of Ms. Breonna Taylor, including Ms. Tamika Palmer, Ms. Juniyah Palmer, Ms. Bianca Austin, and the family's attorneys, as well as Christopher 2X from the Game Changers organization.

So far, none of the three officers involved in Taylor's shooting has been charged. However, the Louisville Metro Police Department fired one officer, Brett Hankison, in June.

Cameron, Kentucky's first black attorney general, was asked to take over as special prosecutor in the case in May, because at the time the Jefferson County commonwealth's attorney was prosecuting Kenneth Walker, Taylor's boyfriend.

Walker, a licensed gun owner, said he thought officers were intruders trying to rob them. So he fired a shot that struck one of the officers in the leg.

All three of the officers returned fire, killing Taylor.

Charges against Walker have since been dropped.

In June, the Louisville Metro Council unanimously voted to ban no-knock warrants, such as the one used by officers entering Taylor's home. The legislation is known as Breonna's Law.