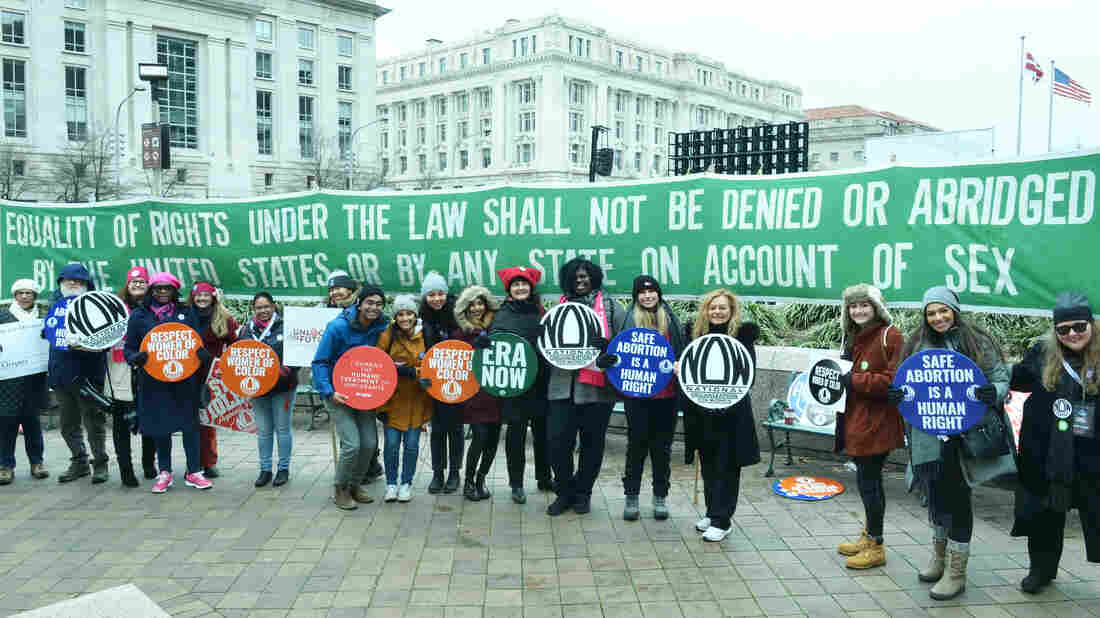 Members of the National Organization for Women participate in the Women's March in January in Washington, D.C. Shannon Finney/Getty Images hide caption 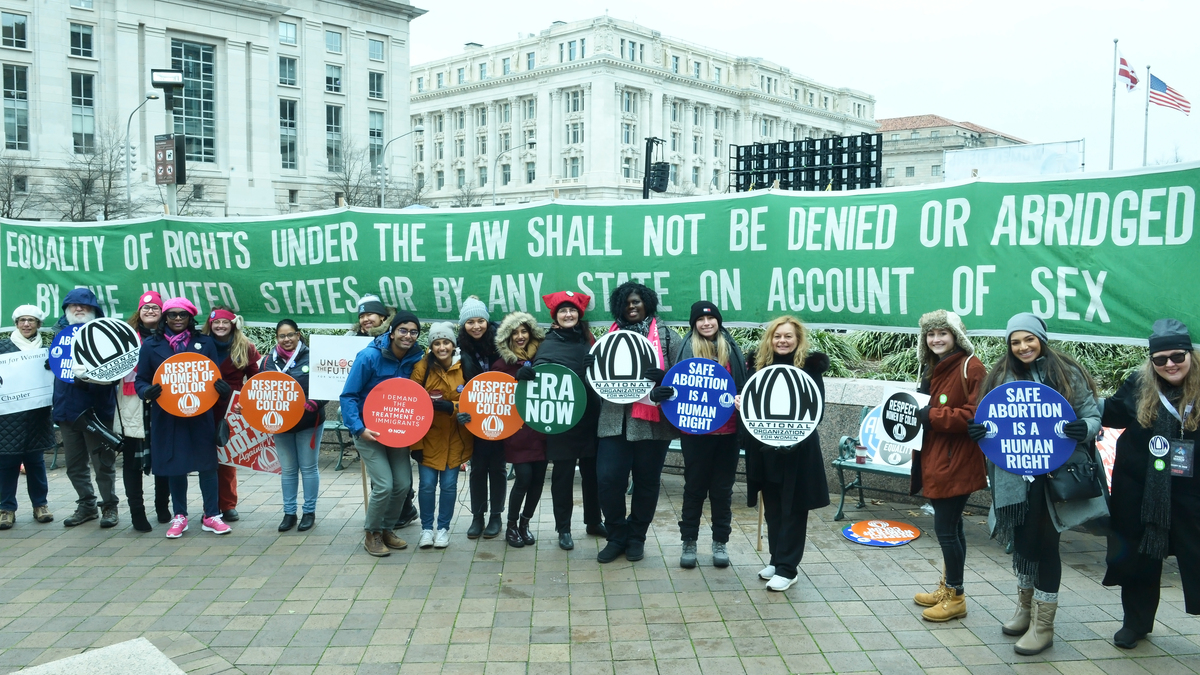 Members of the National Organization for Women participate in the Women's March in January in Washington, D.C.

The head of the National Organization for Women will step down following allegations of racist behavior and a toxic work environment at the country's largest feminist organization.

Toni Van Pelt, who has been NOW's president for three years, cited health concerns in an email to staff late Sunday for why she will leave the post on Aug. 28.

Van Pelt's email, a copy of which was seen by NPR, said that she had been dealing with a "very painful health issue" for a year and that her doctor "implored me for months to stop working."

"I have been ignoring my doctor's advice and my health for too long, so I have made the very hard decision to retire and step down as president of NOW," she said.

Vice President Christian Nunes is to take over as president, and the organization's board will search for a new person to fill the No. 2 slot, she added.

The resignation was first reported by The Daily Beast, the website that described the racism allegations in a June story. 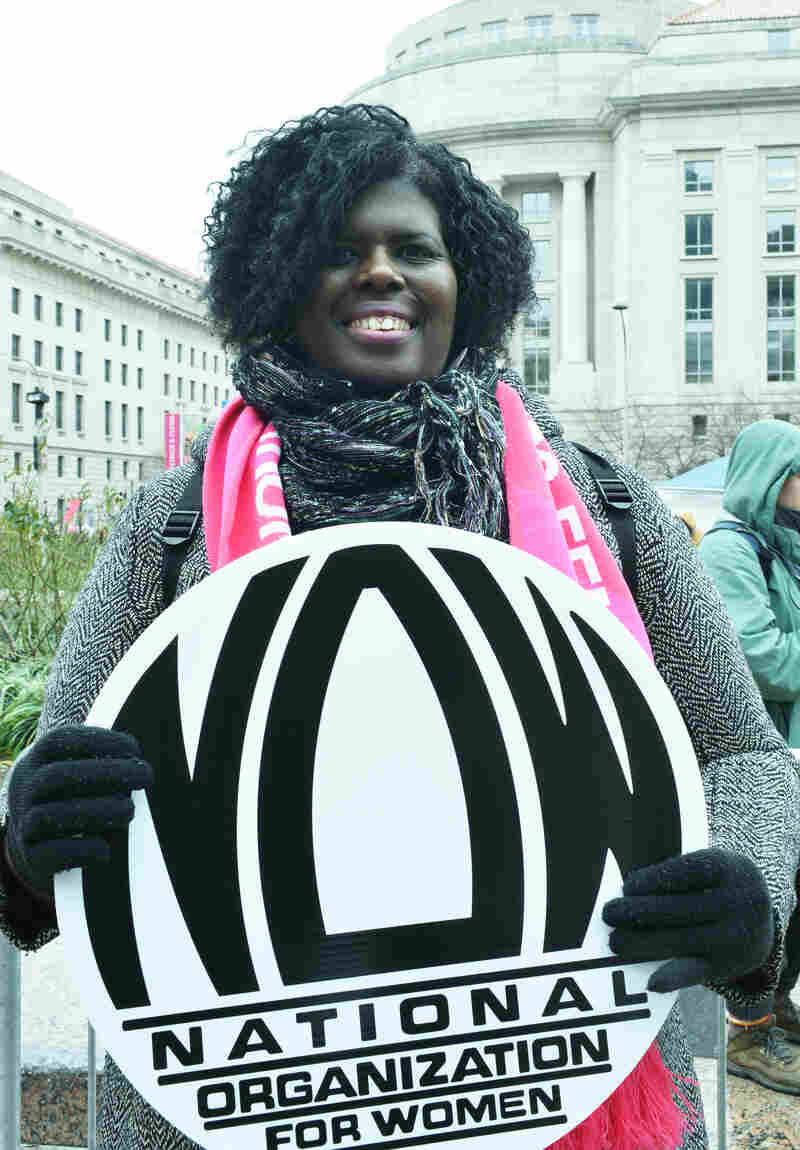 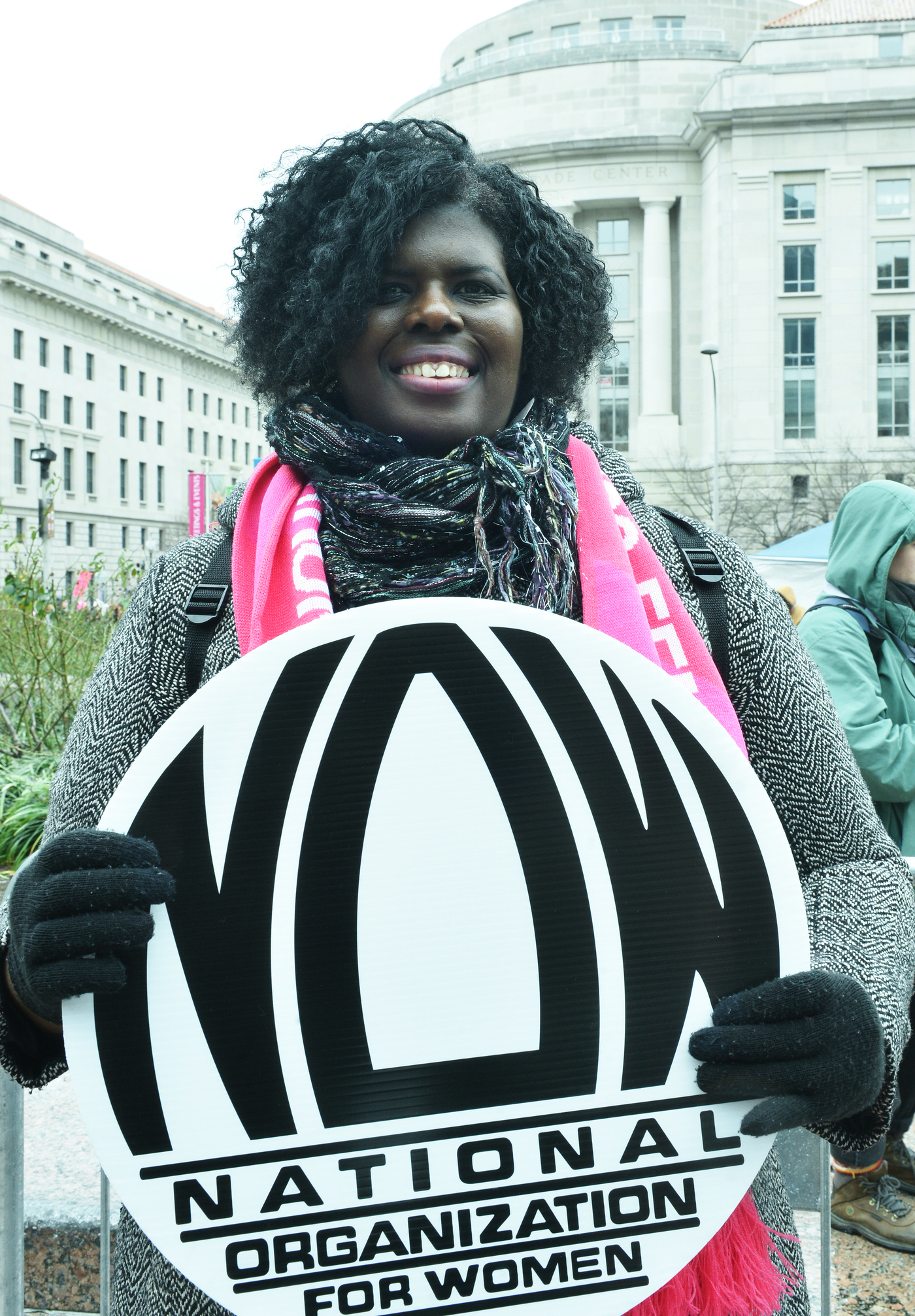 Christian Nunes, vice president of NOW, seen at the Women's March in January, is expected to become the organization's new president following the resignation of Toni Van Pelt.

The president of Florida NOW, Kim Porteous, said that minutes after Van Pelt's email landed in her inbox Sunday evening, she received another email from NOW's national leadership announcing the results of an internal investigation concluding "governance issues and evidence of a toxic work environment." However, it said that allegations of "racial discrimination and retribution were not substantiated."

NOW, founded in 1966, says it is the largest organization of feminist grassroots activists in the U.S., with chapters in all 50 states and Washington, D.C.

NPR reached out for comment from the national organization, where Van Pelt remains president until her resignation takes effect next week, but received no reply.

A biographical page on NOW's website describes Van Pelt as an abortion-rights advocate devoted to "grassroots activism." She was elected NOW president in 2017 with Gilda Yazzie, a member of the Navajo Nation, as her vice president.

It was not long, apparently, before the two women were at odds.

Less than a year after they were elected, more than a dozen staff members wrote a letter to NOW's board complaining about Van Pelt, saying that among other things, she had told at least two employees that Yazzie was chosen as her running mate only because she needed a woman of color on her ticket, according to The Daily Beast.

The letter further accused Van Pelt of "erratic and sometimes violent treatment" of Yazzie, who left her post and later reportedly filed a racial discrimination lawsuit against NOW.

The staffers pointed to other episodes in Van Pelt's tenure that they said amounted to "illegal, morally reprehensible, dishonest, destructive, and frankly toxic behavior."

Following The Daily Beast's exposé, at least two dozen state leaders and state councils, along with a majority of members of NOW's National Board of Directors, called for Van Pelt to step down.

Porteous, the Florida chapter's president, said she was disappointed that the investigation did not acknowledge racial discrimination, which she said was problematic during Van Pelt's tenure.

"This isn't really the end," said Porteous, who was among those who pushed for Van Pelt's resignation.

"This is a big victory," Porteous wrote in an email to NPR, "while getting sucker punched at the finish line."