Accessibility links
McCloskey Couple, Who Waved Guns At St. Louis Protesters, To Speak At RNC : Live Updates: Protests For Racial Justice Attorneys for Mark and Patricia McCloskey say they'll speak at next week's nominating convention for President Trump. They both face a felony charge for waving guns at protesters in June. 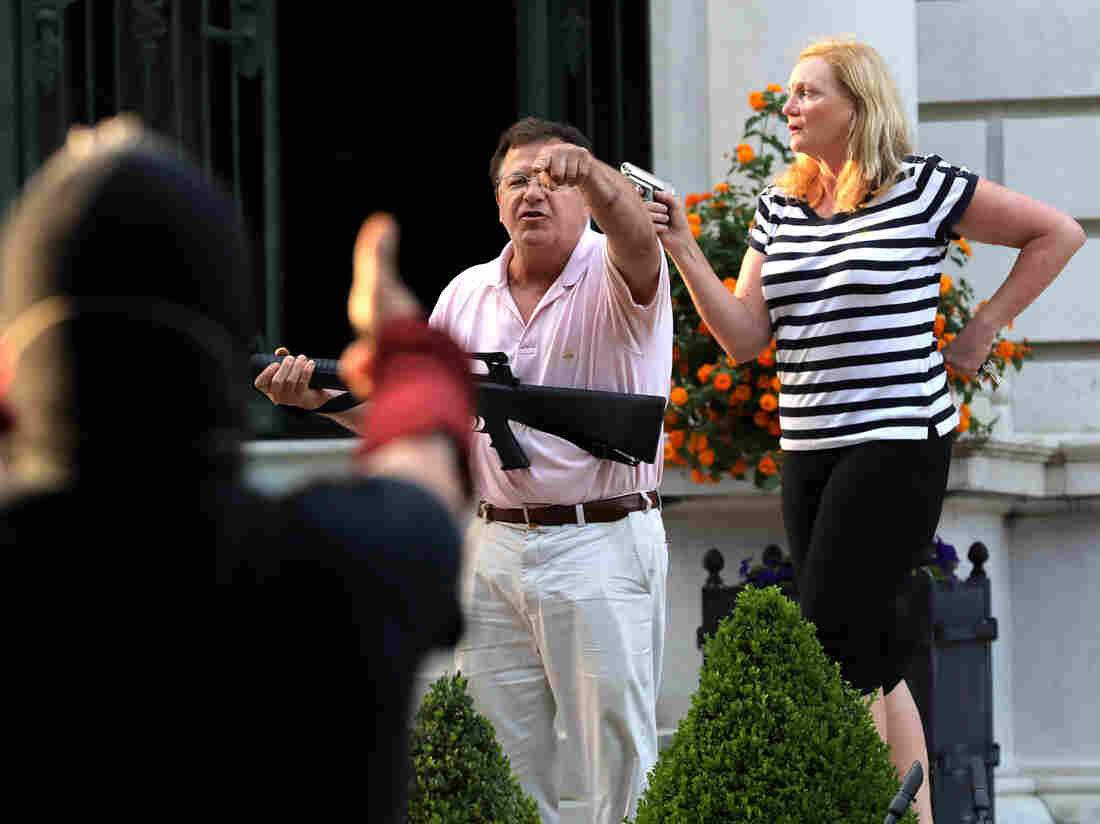 Mark and Patricia McCloskey of St. Louis, who brandished firearms outside their home in June as protesters walked by, have been invited to speak at the Republican National Convention, their lawyers confirm. Laurie Skrivan/St. Louis Post-Dispatch/TNS via Getty Images hide caption 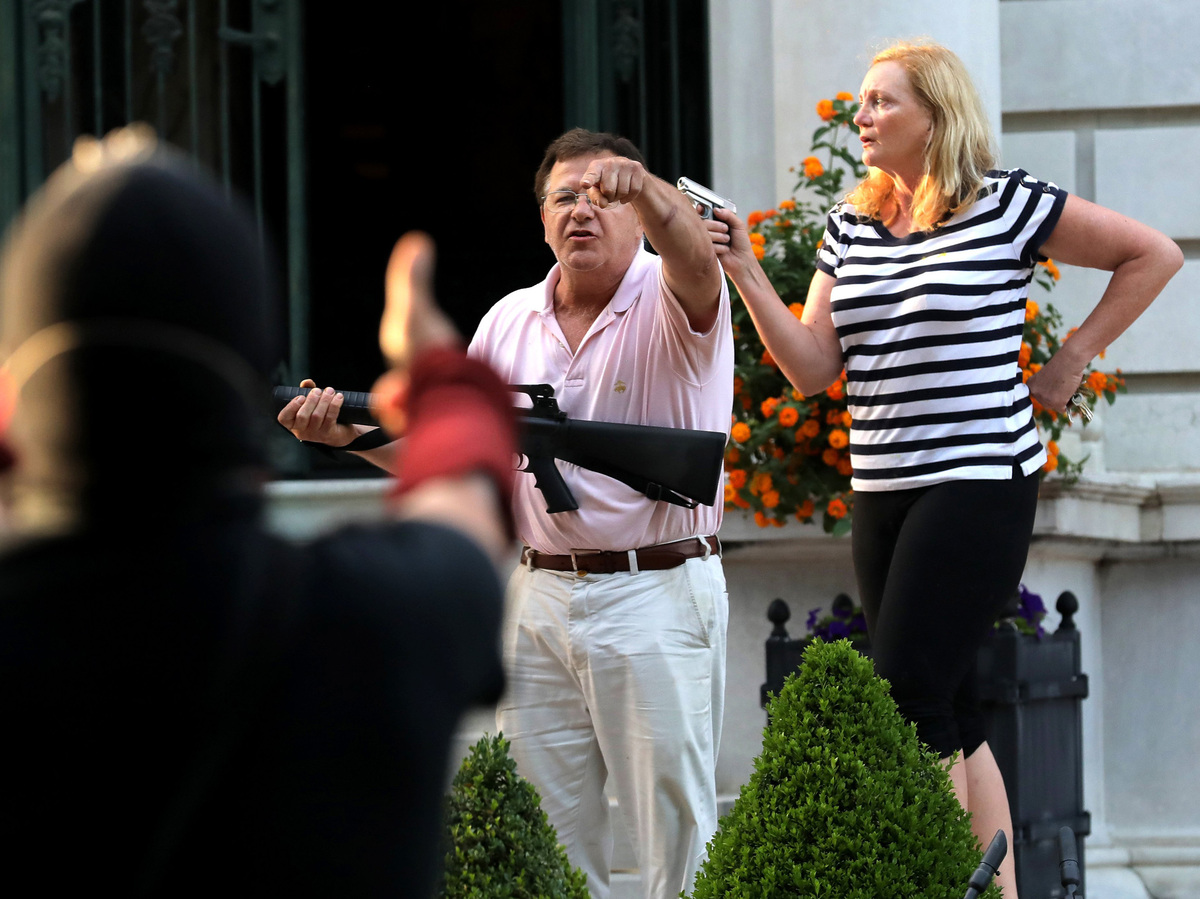 Mark and Patricia McCloskey of St. Louis, who brandished firearms outside their home in June as protesters walked by, have been invited to speak at the Republican National Convention, their lawyers confirm.

The white St. Louis couple who attracted national attention for brandishing guns at Black Lives Matter protesters in June will be back in the spotlight next week, this time as speakers at the Republican National Convention.

Joel Schwartz, one of the lawyers for Mark and Patricia McCloskey, confirmed to NPR Tuesday the couple has been invited to take part, but it remains unclear on what day, as final details are still being worked out.

Another attorney, Albert Watkins, tells NPR there has been "ongoing contact with the White House" since the June 28 incident and President Trump's chief of staff Mark Meadows reached out to the couple.

The couple will be joining the RNC remotely via video link, Watkins says.

Officials with the RNC did not immediately return NPR's request for comment.

The McCloskeys face felony charges for waving firearms "in a threatening manner" at demonstrators as they marched through the couple's neighborhood en route to the home of St. Louis Mayor Lyda Krewson, who lives nearby.

The couple, both attorneys, said they armed themselves because they felt threatened by the protesters. Images of the incident went viral on social media.

President Trump also retweeted an ABC News video on June 29, without comment, showing Mark McCloskey holding a black semi-automatic rifle and his wife holding a silver pistol. The couple were shouting at protesters as they walked by their home.

In the clip, several protesters can be seen recording the couple with their cellphones as drumming and chants of "Let's go" can be heard.

A couple pointed guns at protesters in St. Louis as a group marched toward the mayor's home to demand her resignation. https://t.co/5EqDd43QCd pic.twitter.com/KWNaif77ch

A circuit attorney for the city of St. Louis, Kimberly Gardner, announced last month that both of the McCloskeys face one charge of unlawful use of a weapon, which is a class E felony.

"It is illegal to wave weapons in a threatening manner at those participating in nonviolent protest, and while we are fortunate this situation did not escalate into deadly force, this type of conduct is unacceptable in St. Louis," Gardner said in a statement.

The incident has drawn both ire from Black Lives Matter supporters and praise from Second Amendment activists.

It has also attracted the attention of several Republicans who railed against charges brought by the city of St. Louis. U.S. Sen. Josh Hawley, R-Mo., tweeted after the charges were announced, "This is an outrageous abuse of power."

This is an outrageous abuse of power https://t.co/WWftfcqXdZ

Hawley also said the case should be dismissed, while also calling for an investigation into the office that brought charges.

"Dozens of violent criminals go free but homeowners facing trespassers on their own property are prosecuted. All the more reason for a SEARCHING Justice Dept investigation of the Circuit Attorney's Office," Hawley tweeted.

Missouri Gov. Mike Parson, a Republican, has floated the idea of pardoning the McCloskeys should they be convicted, according to the St. Louis Post-Dispatch.