Accessibility links
Members Of Louisville City Council Draft A Measure Calling On Mayor To Resign : Updates: The Fight Against Racial Injustice The council's Republican Caucus is calling for Democratic Mayor Greg Fischer to step down. The caucus cites Fischer's handling of probes into the Breonna Taylor and David McAtee deaths as reasons. 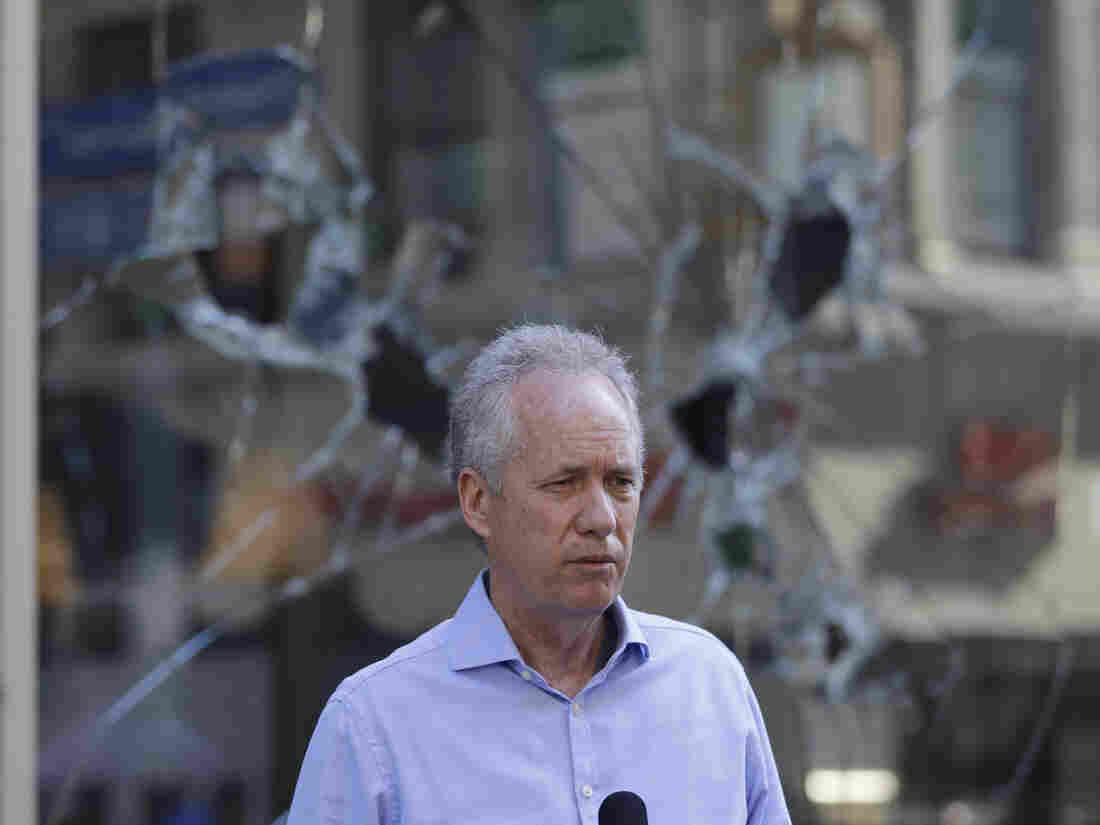 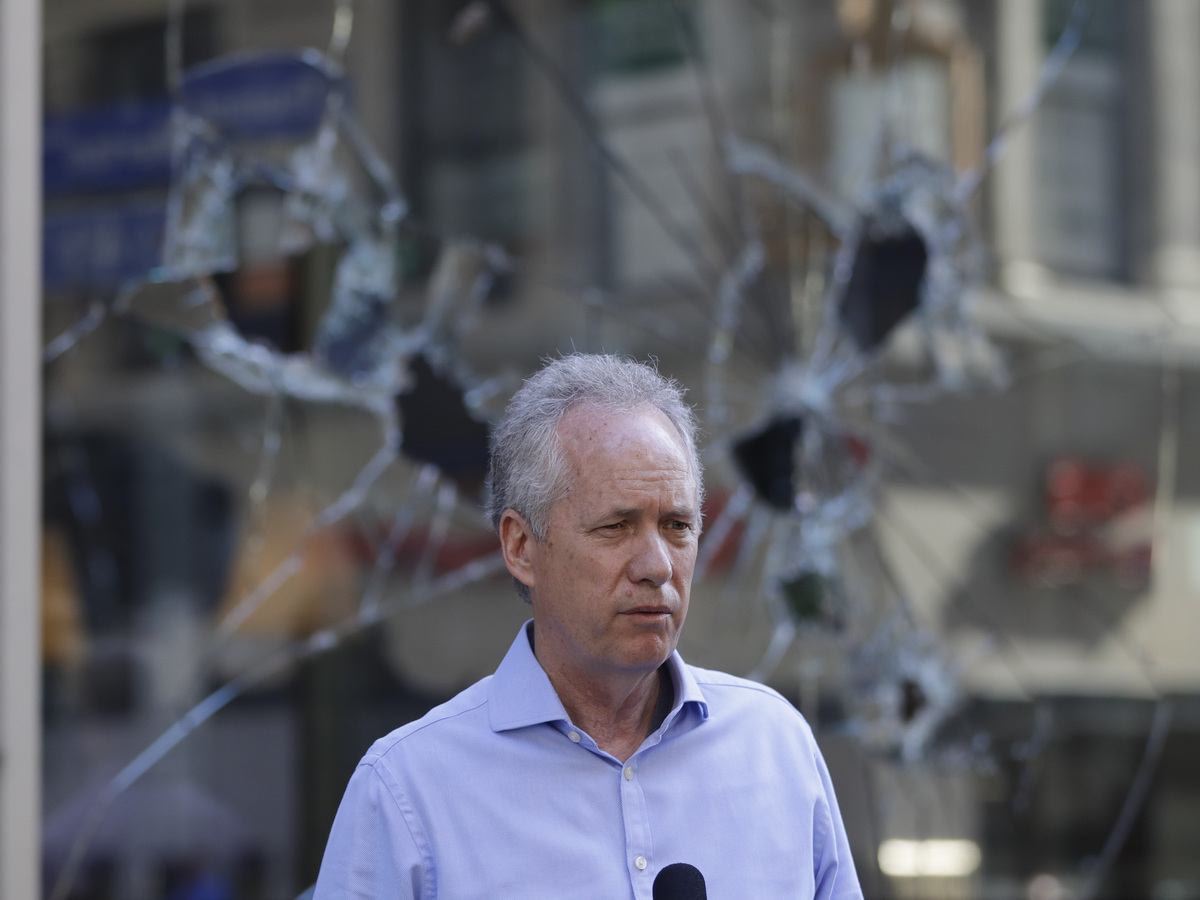 A group of Republicans on the Louisville, Ky., city council are calling for a vote of no-confidence in the city's Democratic Mayor Greg Fischer, citing his "actions and inactions" as it relates to the city's homicide rate and his handling of the Breonna Taylor case.

The Louisville Metro Council's Republican Caucus unveiled a resolution on Monday, that if passed, would seek the mayor's resignation.

It seems unlikely the legislation would pass given Democrats hold 19 of the council's 26 seats, according to member station WFPL in Louisville. The station notes not a single Democrat has signed on to the measure.

The no-confidence measure calls for systemic changes within the Louisville Metro Police Department and says the mayor has not been transparent in the shooting deaths of two Black residents, Taylor and David McAtee.

McAtee, 53, was killed in June when Louisville police officers and National Guard troops converged on a crowd and began shooting. Investigators have determined the lethal shot came from a national guardsman.

Taylor, a 26-year-old EMT, was killed in March by Louisville police officers executing a warrant at her home. In the months since her death, her name, as well as George Floyd, Rayshard Brooks and others, have been chanted at national protests calling for an end to systemic racism and police brutality.

"Mayor Greg Fischer has opposed the release of information related to the death of Ms. Breonna Taylor and Mr. David McAtee until forced to release the information by actions of the Metro Council through resolutions and ordinances passed in bi-partisan efforts;" the resolution states.

The Republicans' resolution says, "The membership of the Louisville Metro Council believe new leadership in the Mayor's Office is essential to bringing the change that is needed at [Louisville Metro Police Department]."

The three-page resolution also projects that the city will exceed the "dubious record number of homicides set in 2016," which totaled 118.

For his part, Fischer said in a tweet it was "sad and shameful" the members of council were engaging in "partisan and divisive political games."

These are the kind of partisan and divisive political games that have paralyzed Washington, D.C., and it’s sad and shameful for Republican council members to bring them here to Louisville. 1/3

WFPL reports that officials in the mayor's office have, so for, declined to testify in the council's investigations into the handling of those shootings.

For example, Robert Schroeder, the interim chief for the Louisville Metro Police department and the city's chief of public safety Amy Hess were scheduled to testify earlier this month.

But after the hearing got underway, both reportedly walked out, on advice from their lawyers. Their attorneys cited a federal lawsuit filed by the ACLU in July against several Louisville officials, including Schroder and Fischer, according to WDRB, a Fox-affiliate in Louisville.

Separately, Breonna Taylor's mother last week held a news conference along with family attorneys Benjamin Crump and Lonita Baker renewing calls for charges to be brought against the three officers involved in her daughter's shooting.

It was held a day after separate private meetings with both the mayor and Kentucky Attorney General Daniel Cameron about the investigation into Taylor's death.

"One hundred and fifty days," Tamika Palmer, Taylor's mother, said during the media briefing in front of Louisville City Hall.

"Every day is still March the 13th," she said, referring to the day Taylor was killed.

To date, none of the three officers involved in Taylor's shooting has been charged.

Officer Brett Hankison was fired from the Louisville Metro Police Department in June. Two other officers — Jonathan Mattingly and Myles Cosgrove — are on administrative leave.