Accessibility links
Dozens Arrested In Louisville Protest Demanding Justice For Breonna Taylor : Updates: The Fight Against Racial Injustice The protest marks the final day of an event known as "BreonnaCon," which called for justice for Breonna Taylor. Most protesters were charged with obstruction and disorderly conduct. 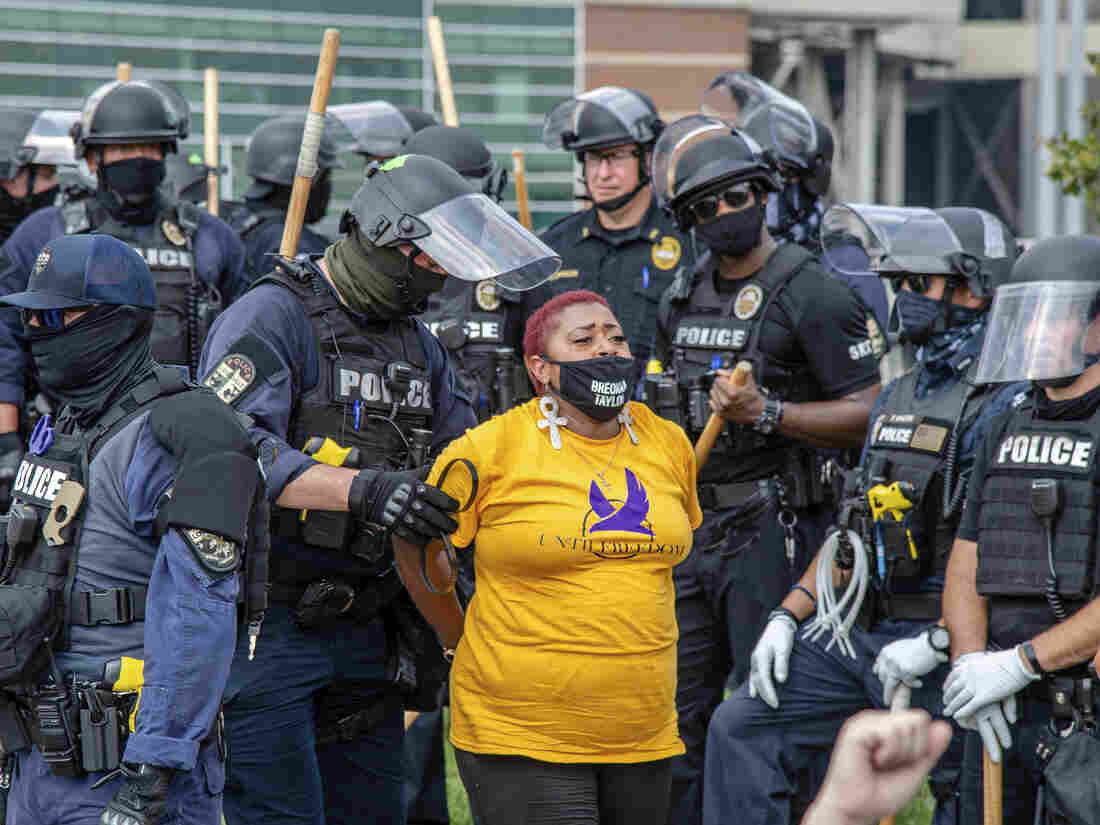 A protester is arrested Tuesday during a march demanding justice for Breonna Taylor in Louisville, Ky. Amy Harris/Invision/AP hide caption 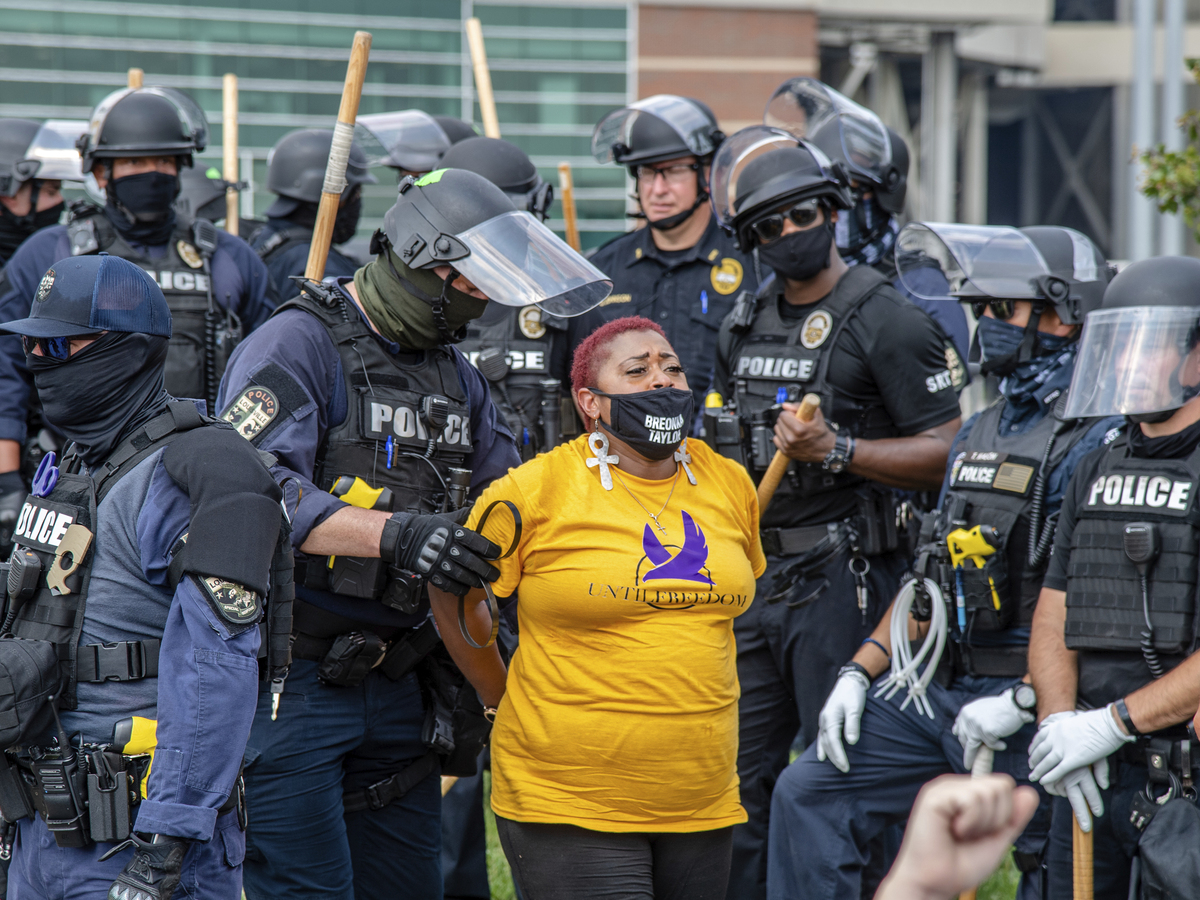 A protester is arrested Tuesday during a march demanding justice for Breonna Taylor in Louisville, Ky.

Louisville, Ky., police have arrested dozens of protesters who staged a sit-in on an overpass.

Tuesday afternoon's protest marked the final day of an event known as "BreonnaCon," which called for justice for Breonna Taylor, a Black woman whom police shot and killed while executing a "no-knock" warrant in her home in March.

Sixty-four protesters were arrested on the overpass on Tuesday, Louisville Metro Police Department spokesperson Dwight Mitchell told NPR. The majority were charged with obstructing a highway and disorderly conduct.

Chanting now that they have nothing to lose but their chains. pic.twitter.com/pREbxhSC4f

In a briefing before the demonstration Tuesday, Louisville Mayor Greg Fischer urged a peaceful protest.

"Violence or property destruction is unacceptable and will be addressed immediately," Fischer said, according to Reuters. "Our hope and our expectation is that protests will be peaceful."

The four-day BreonnaCon event was organized by Until Freedom, a national social justice organization that counts among its leaders Tamika Mallory and Linda Sarsour, former co-chairs of the Women's March on Washington.

Some local activists criticized BreonnaCon as inappropriate and exploitative, as WFPL's Eleanor Klibanoff reported. Several events on the schedule used Taylor's name, including a "Bre-B-Q" and a "TaylorMade" women's empowerment session about "Beauty, Money and Justice."

"The people in the streets are the folks that got this moving," Helm told WFPL. "It isn't the people who have access to the boards, or the multimillion-dollar nonprofits. It isn't even the grassroots organizers. It's the people who are seeking justice, not only for Breonna, but for themselves ... and that's who we should be moving with and assisting."