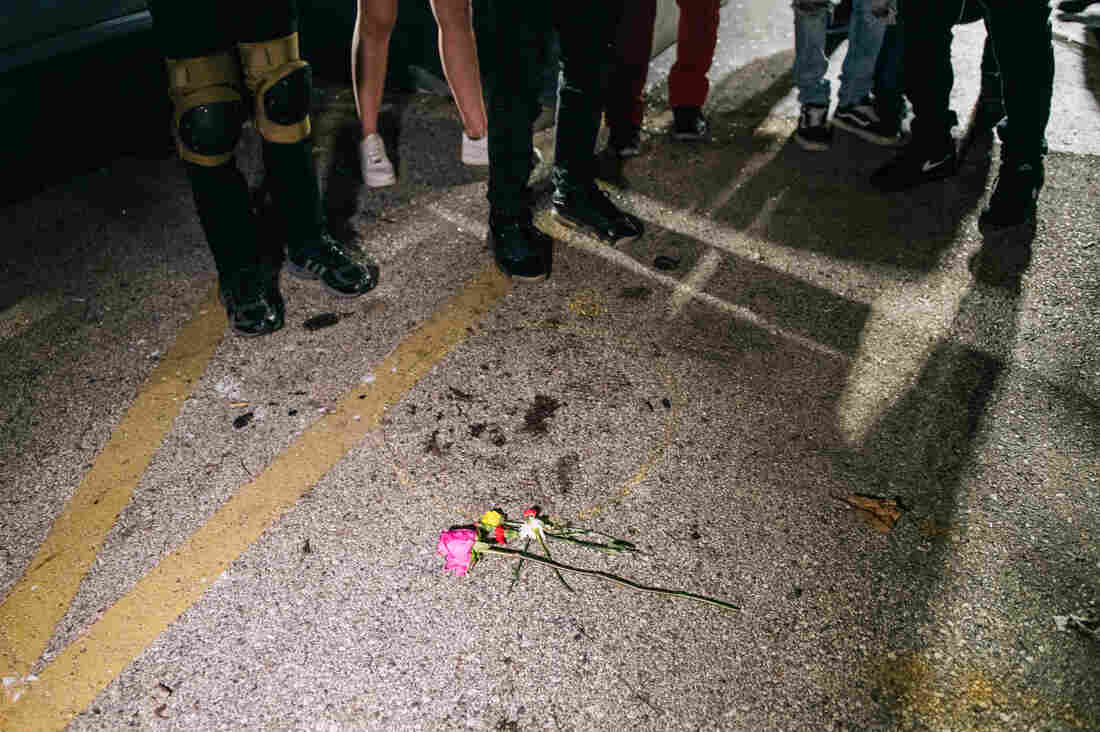 Demonstrators revisit the site where a protester was killed in Kenosha, Wis. Earlier in the week, Kyle Rittenhouse shot and killed two protesters. He was charged on Thursday with six criminal counts, including first-degree intentional homicide. Brandon Bell/Getty Images hide caption 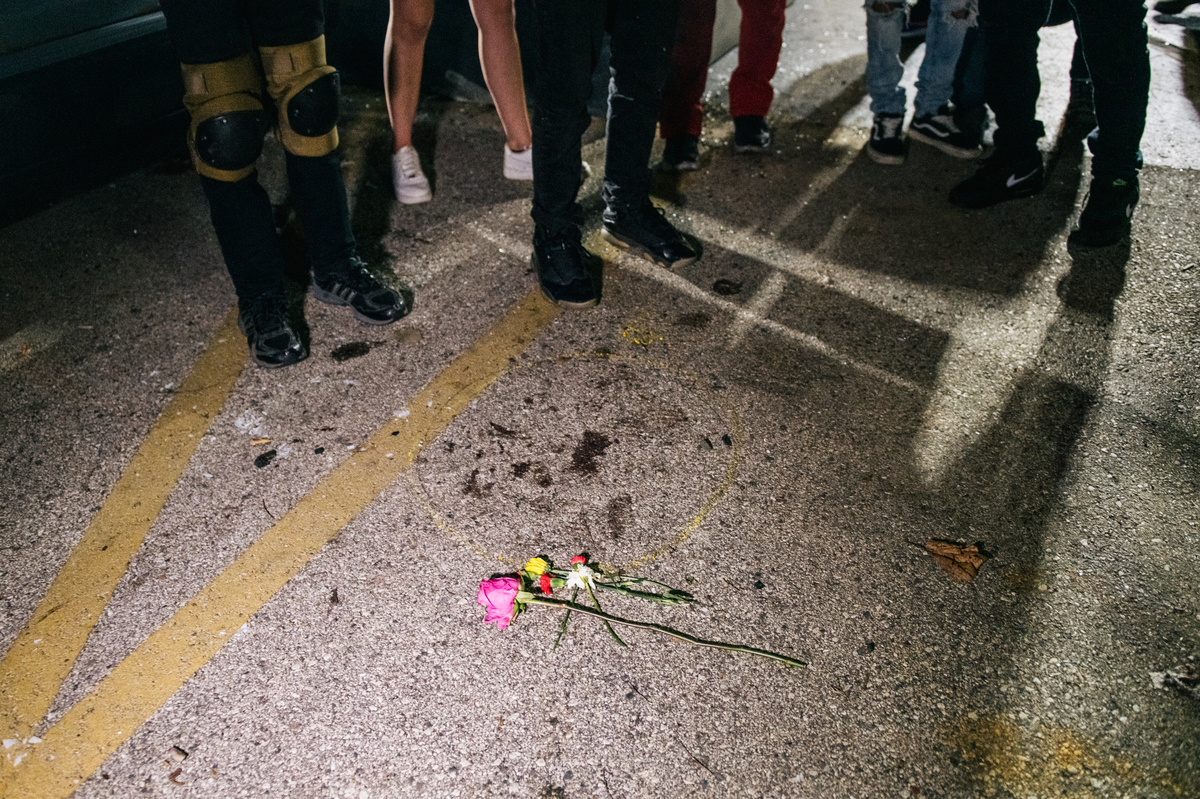 Demonstrators revisit the site where a protester was killed in Kenosha, Wis. Earlier in the week, Kyle Rittenhouse shot and killed two protesters. He was charged on Thursday with six criminal counts, including first-degree intentional homicide.

Kenosha County District Attorney Michael Graveley filed the charges against Rittenhouse on Thursday, according to court documents. Rittenhouse is also being charged with two counts of recklessly endangering safety and possession of a dangerous weapon while under 18, which is a misdemeanor.

The most serious charge, first-degree intentional homicide, is punishable by life imprisonment.

Seventeen-year-old Rittenhouse was arrested on Wednesday in connection with the previous night's shooting, which left two protesters dead and another injured. The incident happened during the third consecutive night of protests in Kenosha after a police officer shot Jacob Blake, who is Black, seven times at close range.

Blake's attorney said earlier this week that he is paralyzed from the waist down.

In a video recorded before the shootings, a person who appears to be Rittenhouse describes himself as part of a local militia whose job was to protect businesses in Kenosha.

WBEZ's Dan Mihalopoulos has reported that Rittenhouse, a former youth police cadet, is a supporter of law enforcement and the "Blue Lives Matter" movement.

The following day, Rittenhouse was charged with first-degree intentional homicide and taken into custody by police in Antioch, Ill., about 15 miles southwest of Kenosha.

Antioch police said in a statement on Wednesday that Rittenhouse was in custody of the Lake County Judicial System and pending an extradition hearing to transfer to Wisconsin.

A criminal complaint filed Thursday identifies the shooting victims as Joseph Rosenbaum and Anthony Huber. A third man, Gaige Grosskreutz, was transferred to the hospital with what Kenosha police described as "serious but non-life threatening injuries."

A friend of Huber's told the Chicago-Sun Times that the 26-year-old was a fearless skateboarder and great father to his girlfriend's daughter. Rosenbaum, who was 36, is remembered by his sister as a jokester and compassionate father who leaves behind a 2-year-old daughter.