Accessibility links
Kenosha Shootings Expose Racial And Economic Divide : Updates: The Fight Against Racial Injustice Kenosha residents are experiencing pain and fear, according to the Urban League president, in a city with a history of Black oppression. 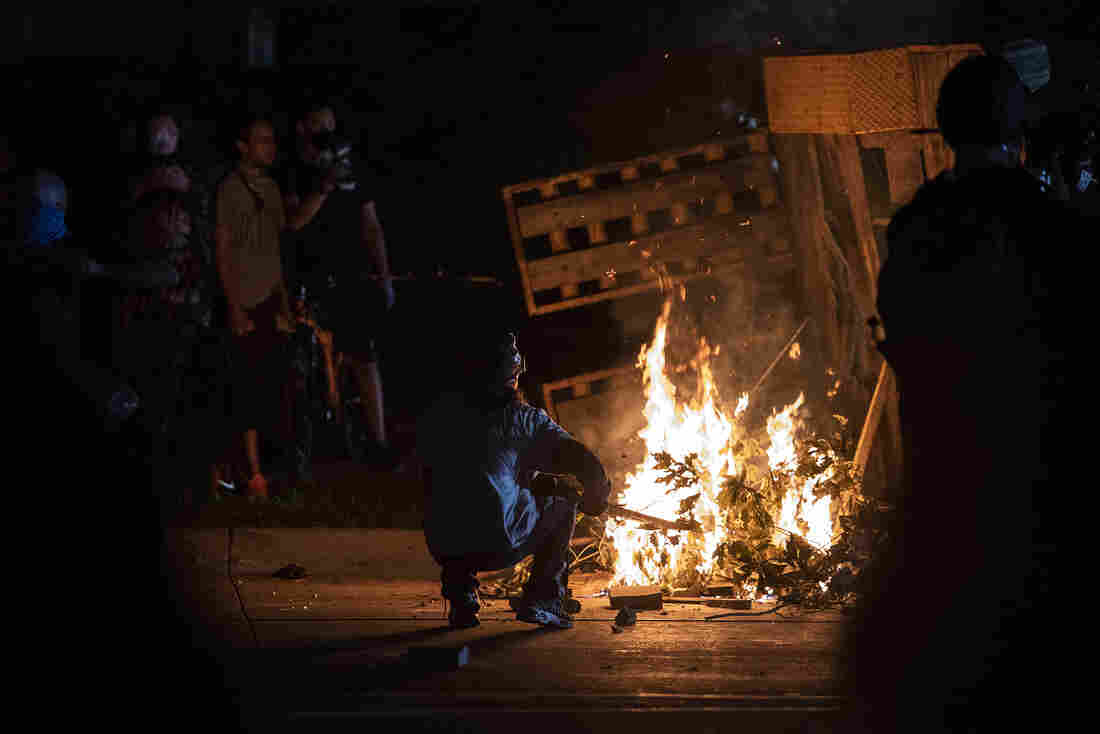 A protester in Kenosha lights some debris on fire on Aug. 26, 2020. Angela Major/Angela Major/WPR hide caption 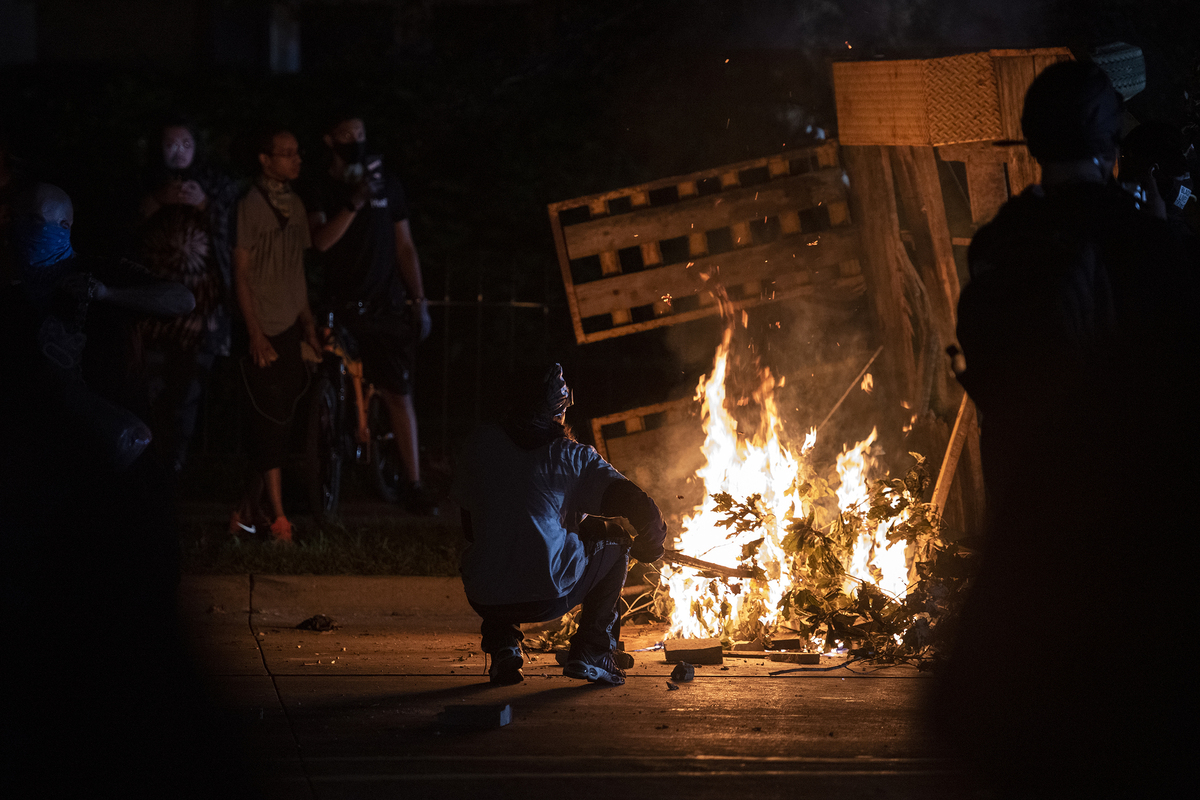 Sunday's shooting in Kenosha, Wisconsin, inflamed racial tensions within the city and provoked deadly protests. It has also brought to the forefront the racial and economic divide in this growing bedroom community that sits along Lake Michigan between Chicago and Milwaukee.

James Hall, interim president and CEO of the Urban League of Racine and Kenosha, said years of Black oppression led to this moment in his city.

"What you see is a lot of pain, a lot of fear and a lot of trauma," Hall said. "Both sides are scared of both sides because no one communicates with each other. We go to our subdivisions and we don't even engage any more with each other."

Kenosha is located in Wisconsin's southeastern corner, about an hour north of Chicago. Over the last 30 years, its population has grown by 25 percent, to 100,000.

For decades it was home to a large American Motors car factory. When the factory shut down in 1988, its lakefront property was redeveloped into condos and apartments where many Illinois transplants live.

Wisconsin historian John Gurda said this much growth is rare for Wisconsin and can overwhelm public agencies.

"There has been a great deal of movement from the Chicago area, African American families especially," seeking quieter, safer neighborhoods, Gurda said.

Police conduct has been an issue in Kenosha before.

In 2018, Kenosha County Sheriff David Beth lashed out at what he called "garbage people," after five people of color were arrested for allegedly stealing about $5,000 worth of merchandise.

"We need to build warehouses to put these people into it and lock them away for the rest of their lives," Beth said. "Let's stop them from truly, at least some of these males, from going out and getting 10 other women pregnant and having small children."

Beth was re-elected months after he made that statement.

Michael Bell, Sr., is a white man who has been an advocate for change in policing since 2004, when his son was shot in the head by an officer.

Police said the shooting was justified. Bell hired his own investigators and the family later received a $1.75 million dollar wrongful death settlement.

Bell said Kenosha's white professionals have no idea what the police are really like.

"They wouldn't even believe the atrocities that are occurring until cell cameras and social media came about," Bell said. "I also believe the Kenosha police are maturing. A lot of the things they thought they could get away with before, they can't."

When 17-year-old Kyle Rittenhouse allegedly killed two protesters and injured a third during a protest this week, it brought new attention to Kenosha's history of policing.

Sheriff's deputies were shown on video talking with Rittenhouse. In a news conference the next day, Kenosha Police Chief Daniel Miskinis seemed to blame protesters for the shooting.

"Persons who were out after the curfew became engaged in some type of disturbance and persons were shot," Miskinis said. "The curfew is in place to protect. Had persons not been in violation of that, perhaps the situation might not have happened."

At a press conference today, Miskinis said his comments had been misconstrued. The ACLU is calling on Beth and Miskinis to resign.

Kenosha Mayor John Antaramian has defended police officials and says his city will do better.