Accessibility links
NBA Agrees To Use Arenas As Polling Places In Deal To Resume Playoffs : Updates: The Fight Against Racial Injustice The NBA and its players union announce a plan to convert arenas into polling places to give communities vulnerable to COVID-19 a safe option for in-person voting. 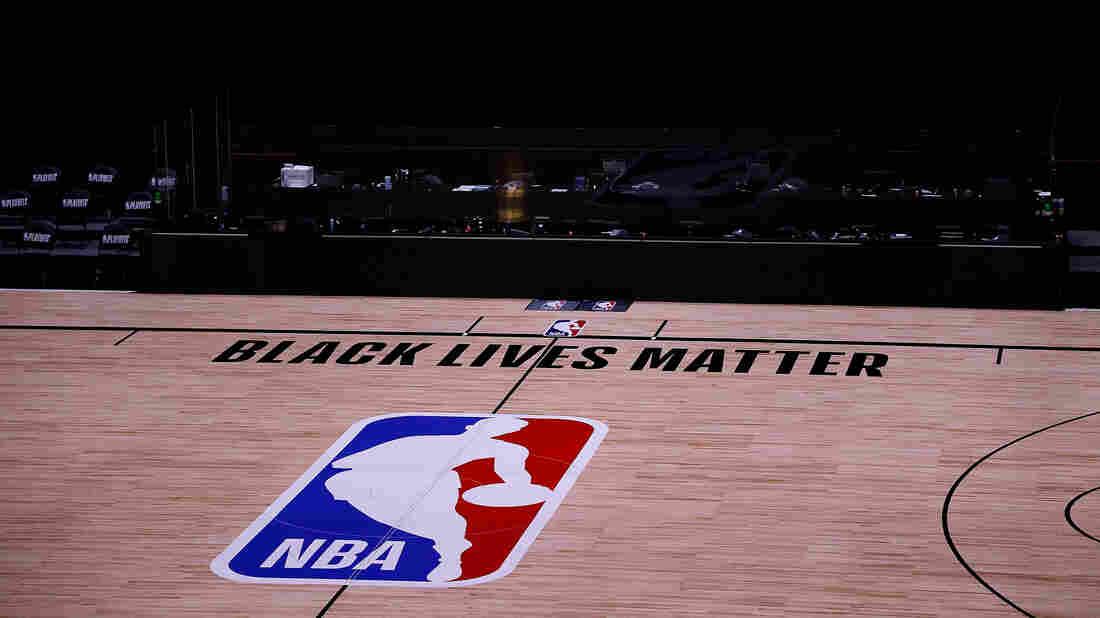 An arena is empty Thursday at the ESPN Wide World Of Sports Complex near Orlando, Fla., as all the NBA playoff games were postponed. The games are set to resume Saturday. Kevin C. Cox/Getty Images hide caption 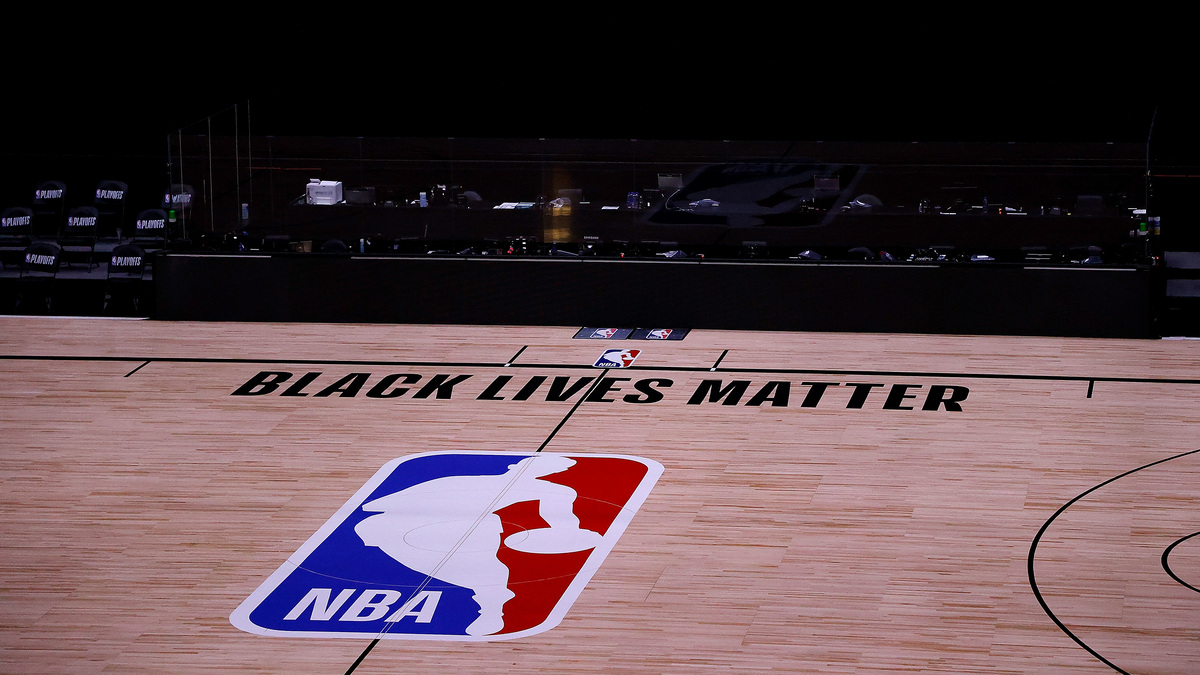 An arena is empty Thursday at the ESPN Wide World Of Sports Complex near Orlando, Fla., as all the NBA playoff games were postponed. The games are set to resume Saturday.

The NBA and its players union announced a plan to use arenas as polling places in the upcoming election as part of an agreement to resume playoff games on Saturday.

The deal comes after three games were postponed Wednesday, sparked by the Milwaukee Bucks refusing to play their scheduled game against the Orlando Magic. The players staged the walkout in response to the shooting of Jacob Blake, a Black man, by a police officer in Kenosha, Wis. Thursday's games were also postponed.

At a meeting Thursday, the players agreed to resume the playoffs on Saturday after the league agreed to a plan to promote social justice and civic engagement, according to a joint statement released by the NBA and the players union.

"We're all hurt, we're all tired of just seeing the same thing over and over again and everybody just expects us to be OK just because we get paid great money," said Oklahoma City Thunder point guard Chris Paul, who is the players union president, according to The Associated Press.

"We're human, we have real feelings and I'm glad that we got a chance to get in a room and talk with one another and not just cross paths and say good luck in your game today."

The league has committed to create a social justice coalition, work with elections officials to convert NBA arenas into polling places for the 2020 election and create advertising spots to promote "greater civic engagement in national and local elections."

"These commitments follow months of close collaboration around designing a safe and healthy environment to restart the NBA season, providing a platform to promote social justice, as well as creating an NBA foundation focused on economic empowerment in the Black community," the statement said.

Using arenas as polling places will provide a safe in-person voting option for communities vulnerable to COVID-19, according to the statement. The plan, which applies to arenas that the franchise owns and controls, also includes using some facilities for voter registration and ballot receiving boards if the deadline to establish a polling place has passed.

Three teams already offered their spaces as polling places in July as election officials across the country scramble to find rooms large enough to allow for adequate social distancing. The Atlanta Hawks, Detroit Pistons and the Bucks have committed their arenas to be voting sites.

After staging their walkout this week, the Bucks players, led by star point guard George Hill, called on elected officials in Wisconsin to hold police accountable for shooting Blake seven times at close range, leaving him paralyzed from the waist down, according to his attorney.

"For this to occur, it is imperative for the Wisconsin state Legislature to reconvene after months of inaction and take up meaningful measures to address issues of police accountability, brutality and criminal justice reform," Hill said.

Shortly after the Bucks refused to play, the two other games that night were also postponed. To prevent the spread of the coronavirus, the NBA has been finishing its season in a bubble — with virtual fans — at the ESPN Wide World of Sports Complex near Orlando, Fla.

The NBA teams' decision not to play set off a chain reaction in the world of sports. Baseball and hockey games and football practices were postponed on Thursday in the name of promoting conversations around racial equality and policy brutality.

The move is not the first step the NBA has taken to promote racial justice. Since restarting the season late last month, the majority of players and coaches have taken a knee during the national anthem to protest systemic racism. The phrase "Black Lives Matter" is also painted across the court during games, and athletes can now wear jerseys with social justice messages on the back.

"We look forward to the resumption of the playoffs and continuing to work together — in Orlando and in all NBA team markets — to push for meaningful and sustainable change," the NBA and players union said in their statement.