Accessibility links
Outgoing Seattle Police Chief Felt 'Destined To Fail' After Cuts And Public Backlash : Updates: The Fight Against Racial Injustice On her last day on the job, Carmen Best, the city's first Black woman police chief, reflected on nationwide demonstrations against police violence and her own department's handling of recent protests. 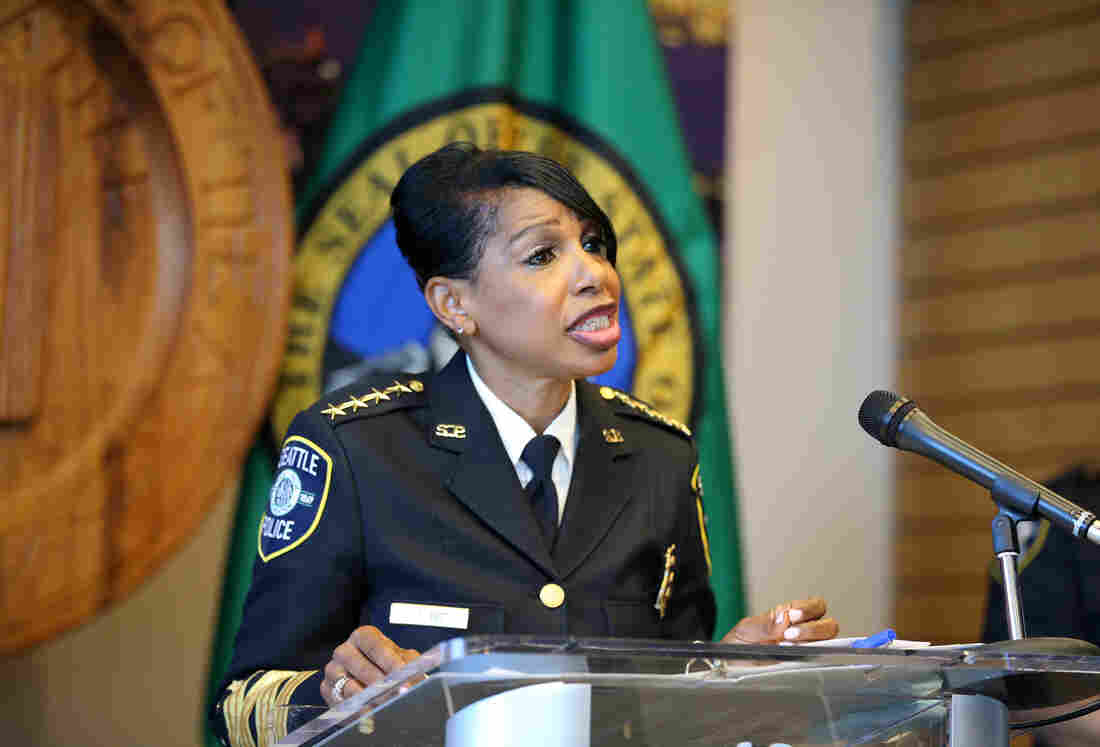 Seattle Police Chief Carmen Best announces her resignation at a press conference at Seattle City Hall on Aug. 11. Her departure comes after months of protests against police brutality and votes by the city council to defund her department. Karen Ducey/Getty Images hide caption 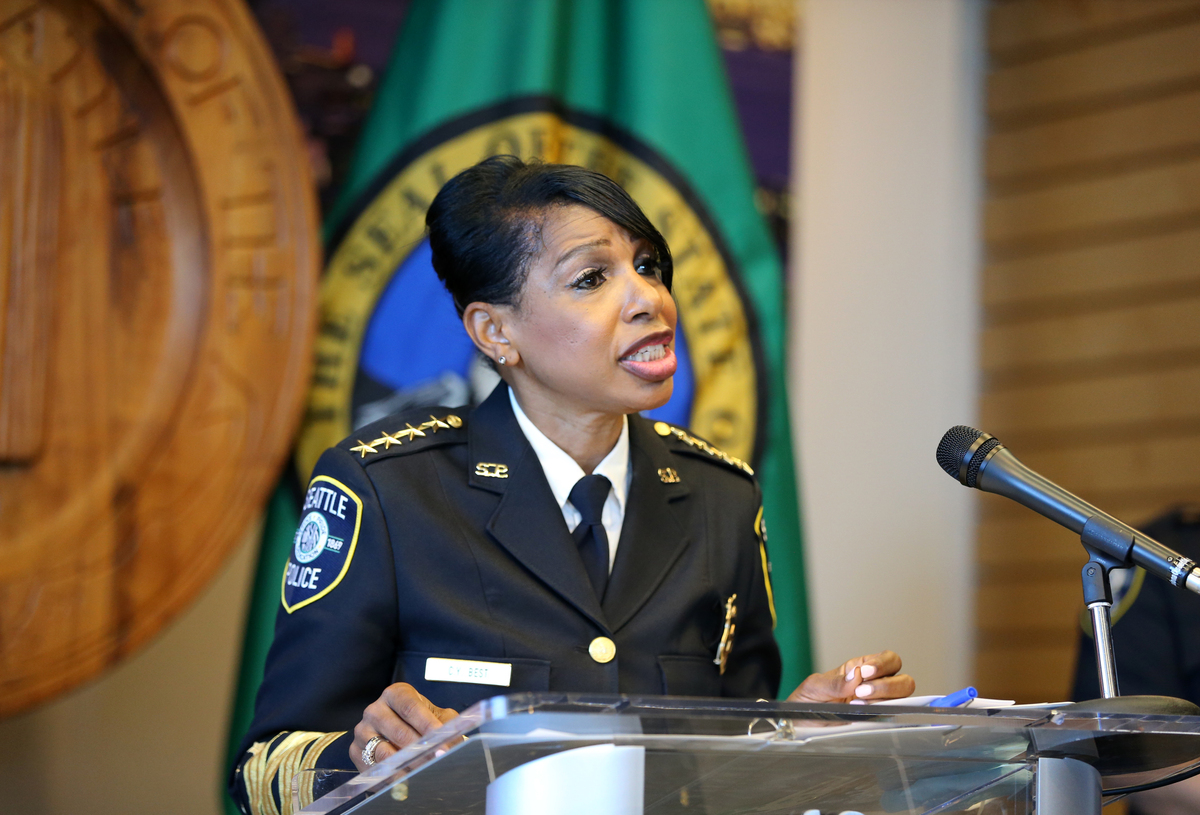 Seattle Police Chief Carmen Best announces her resignation at a press conference at Seattle City Hall on Aug. 11. Her departure comes after months of protests against police brutality and votes by the city council to defund her department.

Carmen Best, Seattle's first Black police chief, is leaving her post on Wednesday, in the midst of protests against police brutality in her city and across the country.

Best announced her resignation last month after the city council approved a proposal to slash the police department budget by $4 million and cut as many as 100 officers from the force. The council had at one point considered cutting the budget in half.

"I believe 100% that they were putting me in a position destined to fail. Cutting a police department that already had low staffing numbers, that was already struggling to keep up with the demand," Best said in an interview with NPR's All Things Considered on Wednesday. "How are we going to provide for adequate public safety in that environment?"

Best said she was excluded from conversations around reimagining the future of policing, which made it "very difficult to move forward and make the changes needed to move the department in the right direction."

Best is leaving her post after nearly 30 years with the force, during which time she held almost every position within the department.

But her final months on the job were overshadowed by protests against systemic racism and police violence. In Seattle, protesters overtook a six-block zone in the heart of downtown for weeks after police vacated a nearby precinct building. Best has weathered criticism for her department's response to the protests, and acknowledged that the downtown zone became "lawless" in the absence of a police presence.

"We haven't always been on the right side of history," Best said of law enforcement broadly, "but I think there's a real movement and real energy to make sure that we are."

You're leaving with so much stuff going on, in the middle of ongoing protests, and in the middle of this whole national debate over police and how we should best police our cities. Do you have mixed feelings about walking away in such a crucial moment?

Of course I do, how could I not? We're in the middle of a social reckoning, you know, racial reckoning in the country ... and we have to acknowledge that policing has a history that has in many ways been conducive to the racism that we're experiencing. But we also have to acknowledge that policing is working really hard to change that narrative. And we need to work with the public to figure out how we're going to do that.

How do you answer President Trump and his supporters when they say cities like Seattle — cities being run by Democrats — they are a mess, and that only he can come in and fix things and restore order?

All those conversations are about politics, and I really want to be about policies. ... Many can be peaceful demonstrators, but we also have people showing up who are rioters, who are breaking property, who are assaulting people, who are trying to set the precinct on fire, and that is criminal activity. And we do need to address it. I'm not saying that that is a political partisan issue, but it is an issue of public safety.

You are speaking to us as a Black woman and of course also as a police chief. Have you felt those two things being in conflict with each other this summer?

I actually haven't ... It's really interesting that people, they try to make it a strange dichotomy, that somehow being African American means you're anti-cop, or being a cop means you're anti-African American — and neither of those things is true. I think that's a very false narrative. I have ... a lot of family and none of them wants to not be safe in their neighborhood. It's not that they don't want policing. They just want to make sure that when policing happens, that it's fair and just. And that's what we're looking for. So I feel like I had a great role in trying to make sure that I was doing just that.