Accessibility links
Joe Biden Meets Jacob Blake's Family In Kenosha, Wis. : Live Updates: Protests For Racial Justice Joe Biden's trip follows President Trump's, though Trump did not meet with the family. Biden said Blake, who was shot by police, told the presidential candidate he "was not going to give up." 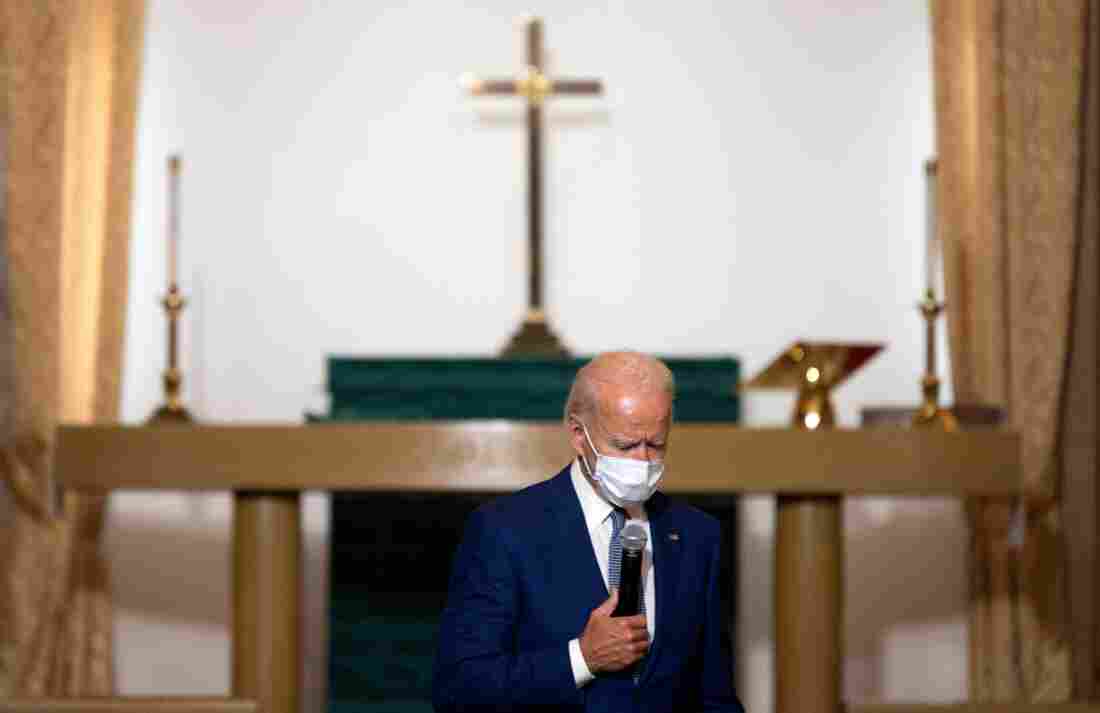 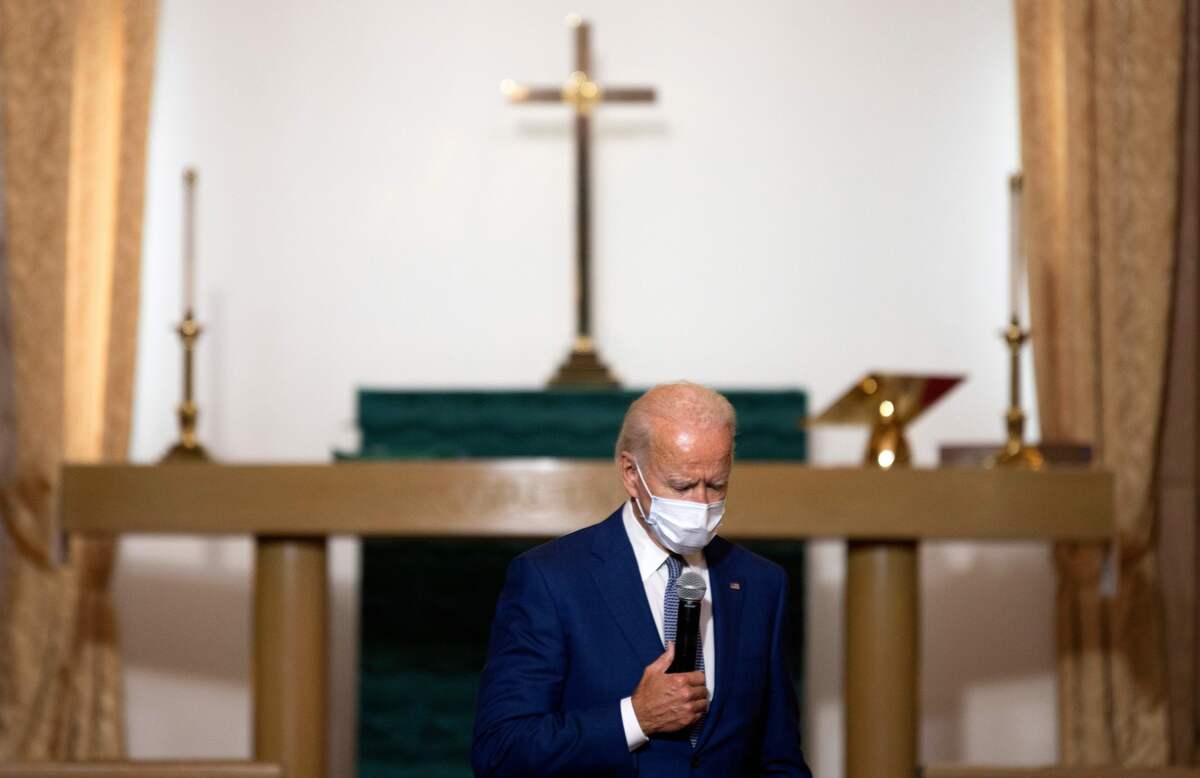 Democratic presidential nominee Joe Biden met Thursday with Jacob Blake's family and members of the community during a visit to Kenosha, Wis. Protests against the police shooting of Blake, who was severely wounded and left paralyzed by local law enforcement, are ongoing.

Describing his phone call with Blake, who is still hospitalized but out of intensive care, Biden said, "He talked about how nothing was going to defeat him. How, whether he walked again or not, he was not going to give up."

Biden and his wife, Jill, arrived in Kenosha two days after 2020 rival President Trump made a controversial trip to the city.

Trump, who visited Kenosha against the wishes of the mayor, did not meet with Blake's family when he was there Tuesday. Trump visited businesses damaged by riots and held a roundtable largely focused on praising law enforcement, but he did include the pastor for Blake's mother.

Meeting with the Blakes

Blake's attorney, Ben Crump, in a statement on Thursday described Biden's in-person meeting with the family — including Blake's father, sisters and brother, with Blake and his mother joining by phone — as a "very engaging" 90-minute conversation.

"The family was grateful for the meeting and was very impressed that the Bidens were so engaged and willing to really listen. Jacob's mother led them all in prayer for Jacob's recovery," Crump said.

"Mr. Blake Sr. talked about the need for systemic reform because the excessive use of force by police against minorities has been going on for far too long," the statement continued.

"Jacob Jr. shared about the pain he is enduring, and the vice president commiserated. The vice president told the family that he believes the best of America is in all of us and that we need to value all our differences as we come together in America's great melting pot. It was very obvious that Vice President Biden cared, as he extended to Jacob Jr. a sense of humanity, treating him as a person worthy of consideration and prayer."

During the community meeting Thursday afternoon, Biden painted Trump's rhetoric as divisive and his presidency as sanctioning violent racism.

"The words of a president matter," Biden said at the social-distanced event.

"I thought you could defeat hate. It only hides. It only hides. And when someone in authority breathes oxygen under that rock, it legitimizes folks to come on out," he continued, pointing to the 2017 white supremacist "Unite the Right" rally in Charlottesville, Va., where an anti-racism protester was killed.

"I hadn't planned on running for anything again after my son had died ... until I saw those people come out of Charlottesville carrying torches," he said.

Biden: Trump 'Can't Stop The Violence Because For Years He Has Fomented It'

The Biden campaign had previously described Trump's appearance in the state as "self-centered divisiveness accompanied by zero solutions."

"Trump failed once again to meet the moment, refusing to utter the words that Wisconsinites and Americans across the country needed to hear today from the president: a condemnation of violence of all kinds, no matter who commits it," it said.

Wisconsin is an important battleground state, which Trump won by just more than 20,000 votes in 2016.

Kenosha Protests, Violence Expose Racial Disparities Among The Worst In The Country

The Aug. 23 shooting of Blake rattled a country already facing more critical examination of American race relations and the way police have historically wielded power and used violence against its Black citizens.

Blake was shot multiple times in the back at close range in front of his young sons, leaving him paralyzed from the waist down.

During protests against that shooting, which had at times resulted in rioting and property damage, two people were shot and killed and a third wounded. Kyle Rittenhouse, a 17-year-old Illinois resident and pro-police counterprotester, faces homicide charges.