Accessibility links
Lawsuit Led By 105-Year-Old Seeks Reparations From Tulsa Race Massacre : Live Updates: Protests For Racial Justice As many as 300 African American residents were slaughtered when white mobs descended on Tulsa's Greenwood district nearly a century ago. The lead plaintiff is a 105-year-old survivor of the massacre. 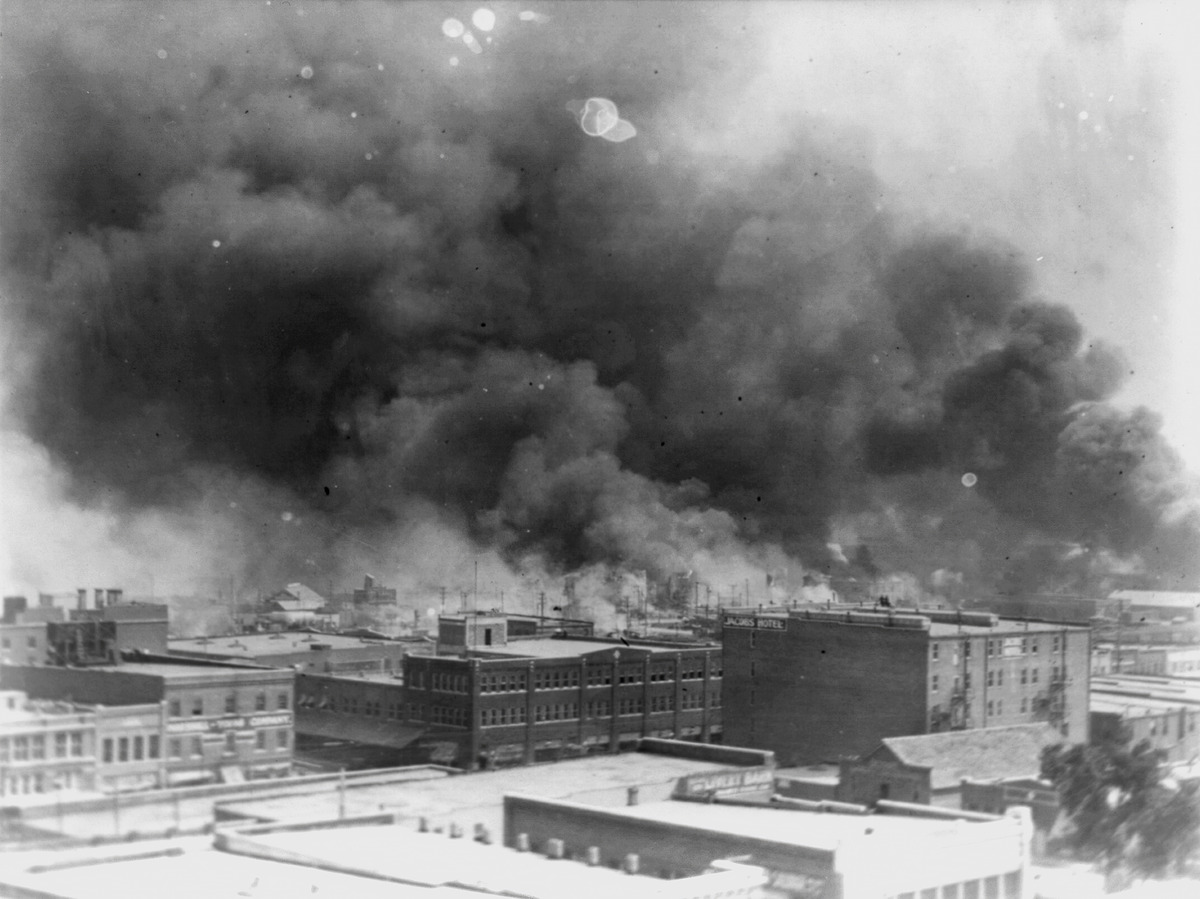 In 1921, smoke billows over Tulsa, Okla., the scene of one of the nation's most brutal race massacres.

A lawsuit filed by a group of Oklahomans is seeking reparations from the city of Tulsa and other local government entities for the ongoing devastation caused by one of the most heinous race massacres in U.S. history nearly 100 years ago.

The plaintiffs include relatives of those affected by the 1921 Tulsa Race Massacre as well as a 105-year-old survivor, Lessie Benningfield Randle, who suffers from "emotional and physical distress that continues to this day," according to the complaint filed this week in Tulsa County District Court.

"For a long time, the word 'reparations' was a non-starter, but it is finally losing its taboo," Damario Solomon-Simmons, an attorney for the plaintiffs, said in a recent Los Angeles Times op-ed. "The urgency of the protests across America shows that reforms won't last unless we pay for the crimes of the past."

As many as 300 African American residents were slaughtered when white mobs descended on Tulsa's Greenwood district. Hundreds of homes and businesses were looted and torched, reducing much of the 35-square-block section of the city, commonly referred to as Black Wall Street, to rubble.

A commission that studied the event decades later found the massacre was sparked by an incident in an elevator. It said that a Black man named Dick Rowland probably accidentally stepped on the foot of a white woman, Sarah Page, who screamed. Rowland fled, according to the 2001 report, but was accused of sexual assault and eventually jailed.

White mobs gathered outside the Tulsa County Courthouse demanding Rowland be released to them and there was "lynch talk in the streets of Tulsa," the report said. The bloodshed started soon afterward.

The complaint also says the massacre is an "ongoing nuisance" and alleges that Tulsa officials are "enriching themselves by promoting the site of the Massacre as a tourist attraction," while the residents of the Greenwood district have received no significant benefits from those efforts. 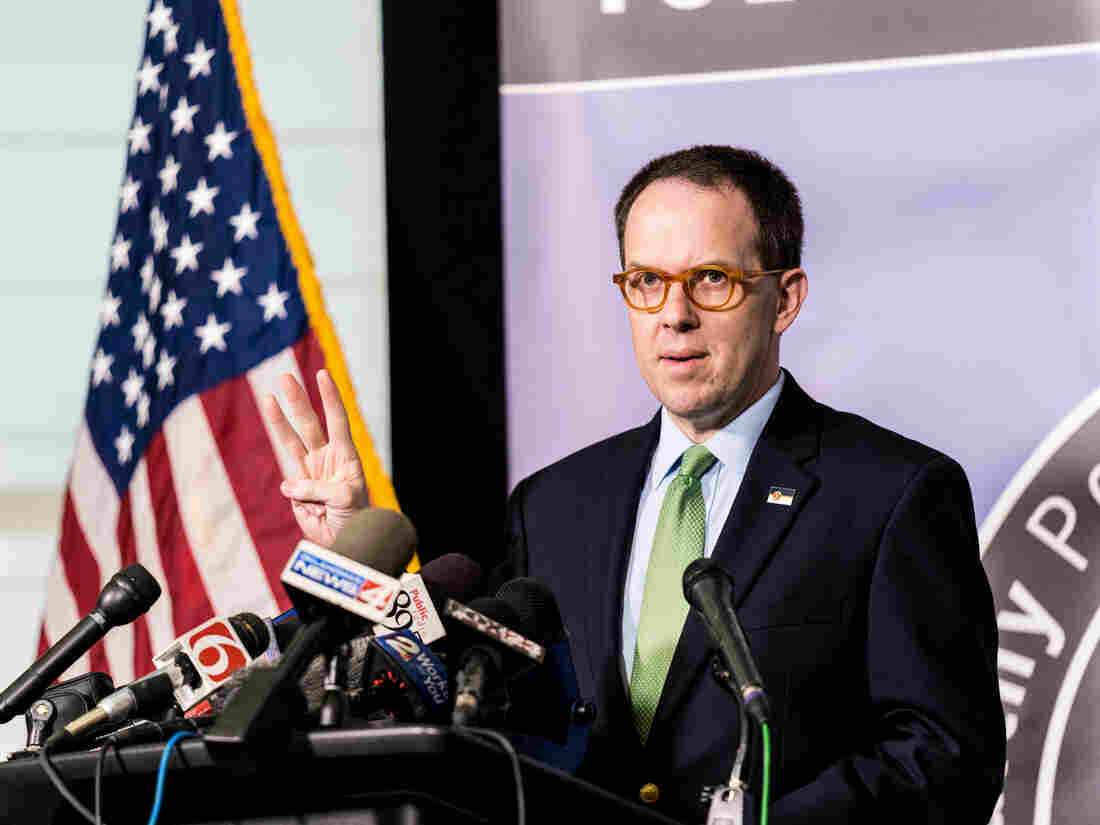 Tulsa Mayor G.T. Bynum, here during a news conference in June, said he won't comment on the pending litigation, according to his office. Christopher Creese/Bloomberg via Getty Images hide caption 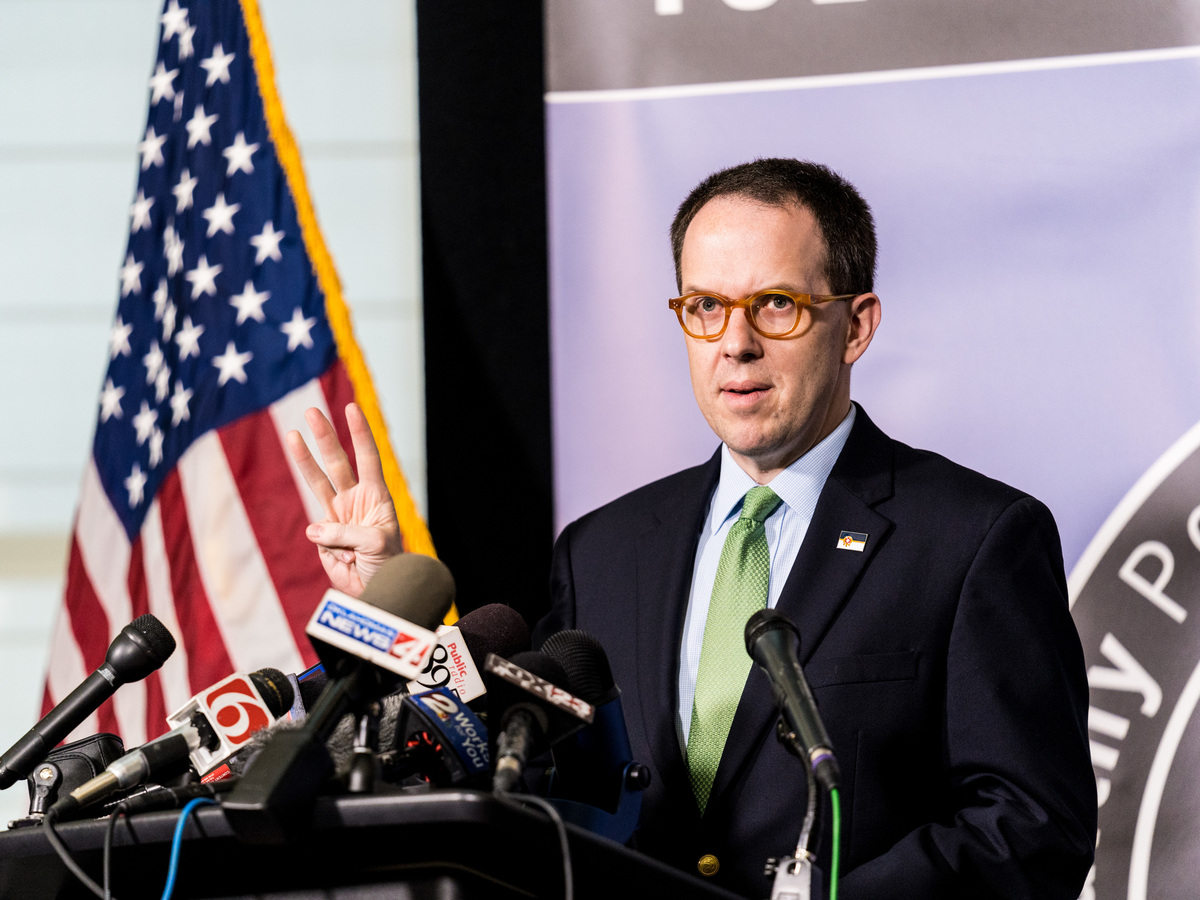 Tulsa Mayor G.T. Bynum, here during a news conference in June, said he won't comment on the pending litigation, according to his office.

Tulsa Mayor G.T. Bynum said he would not comment on the pending litigation, according to a statement from his spokesperson.

Attorneys for the plaintiffs argue the effects of the massacre are still felt in the Greenwood district. They say unemployment among Black Tulsans is more than double that of white people in the city and that the median household income for Black residents is $20,000 less than their white counterparts.

While no specific damage amount was sought in the court filing, the suit estimates just the property damage suffered by residents of the Greenwood district is between $50 million and $100 million in today's currency.

This is not the first time that survivors of the massacre or their relatives have pursued redress through the courts. In 2005, the U.S. Supreme Court rejected an appeal to hear a case that also sought reparations.

Lawyers are now seeking to use the same Oklahoma statute that figured into the decision against Johnson & Johnson in 2019 for its role in the opioid crisis. The plaintiffs argue the massacre was a public nuisance, which is defined as something that affects an entire community or neighborhood simultaneously but "damage inflicted upon individuals may be unequal."

There has been renewed interest the Tulsa Race Massacre in recent months.

A group of Tulsa residents and business leaders tried to get a court to force event organizers to implement coronavirus safety protocols ahead of President Trump's June rally in the city.

The president's rally, his first since the virus caused large parts of the national economy to shutter, was originally slated for June 19. That day, also known as Juneteenth, commemorates the effective end of slavery in the United States.

The event was eventually pushed to the following day. But it came after the Trump administration withered a barrage of criticism from those who said the original date was another example of the president stoking racial pain and anger just weeks after the police killing of George Floyd in Minneapolis on Memorial Day.

In July, Tulsa officials moved forward with a test excavation at Oaklawn Cemetery to determine if a plot of land on city-owned property contained human remains thought to be from the race massacre 99 years ago.

Scientists, using ground-penetrating radar, previously said they found "anomalies" there that could indicate the existence of an unmarked burial ground.

However, after eight days of searching, the city said "no evidence of human remains are present in the excavation area," according to a statement.

"This initial test excavation was the first of many efforts to find Tulsa Race Massacre victims and this is just the beginning of our work to bring healing and justice to the families," Bynum, the mayor, said. "We remain committed to find out what happened to our fellow Tulsans in 1921."

Officials said several sites of interest around the city could still be potential mass graves stemming from the race massacre.

Read the lawsuit below: