Accessibility links
New York Attorney General To Empanel Grand Jury In Daniel Prude Death Investigation : Updates: The Fight Against Racial Injustice New York Attorney General Letitia James announced on Saturday that she is putting together a grand jury as part of an investigation into the death of Daniel Prude, who died in police custody in March. 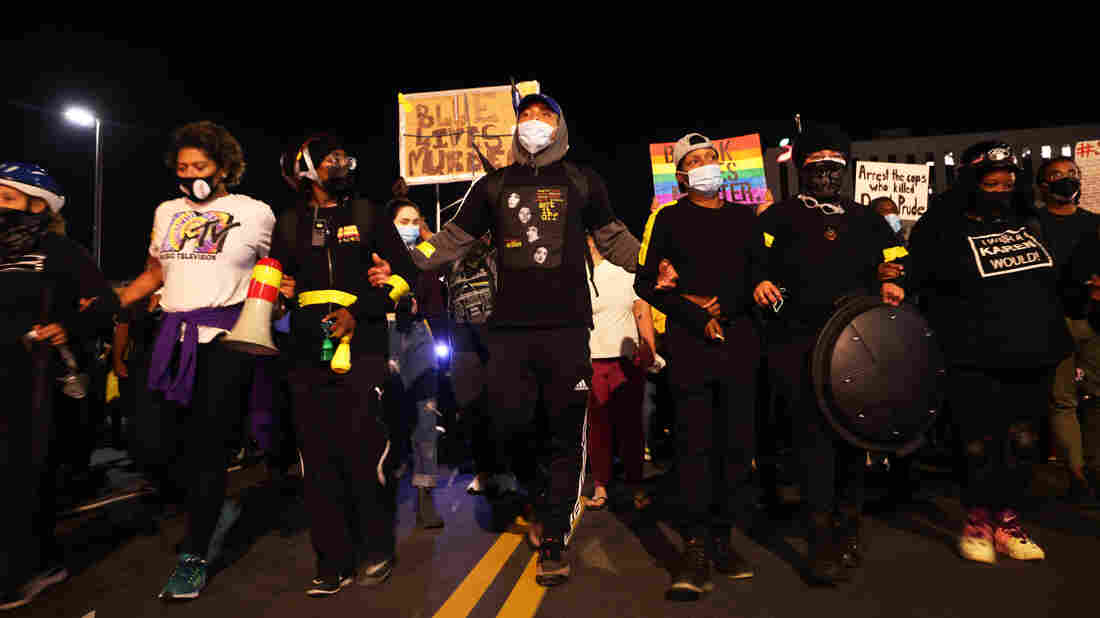 Demonstrators lock arms as they march for Daniel Prude on Friday in Rochester, N.Y. Prude died after being arrested on March 23 by Rochester police officers, who had placed a "spit hood" over his head and pinned him to the ground while restraining him. Michael M. Santiago/Getty Images hide caption 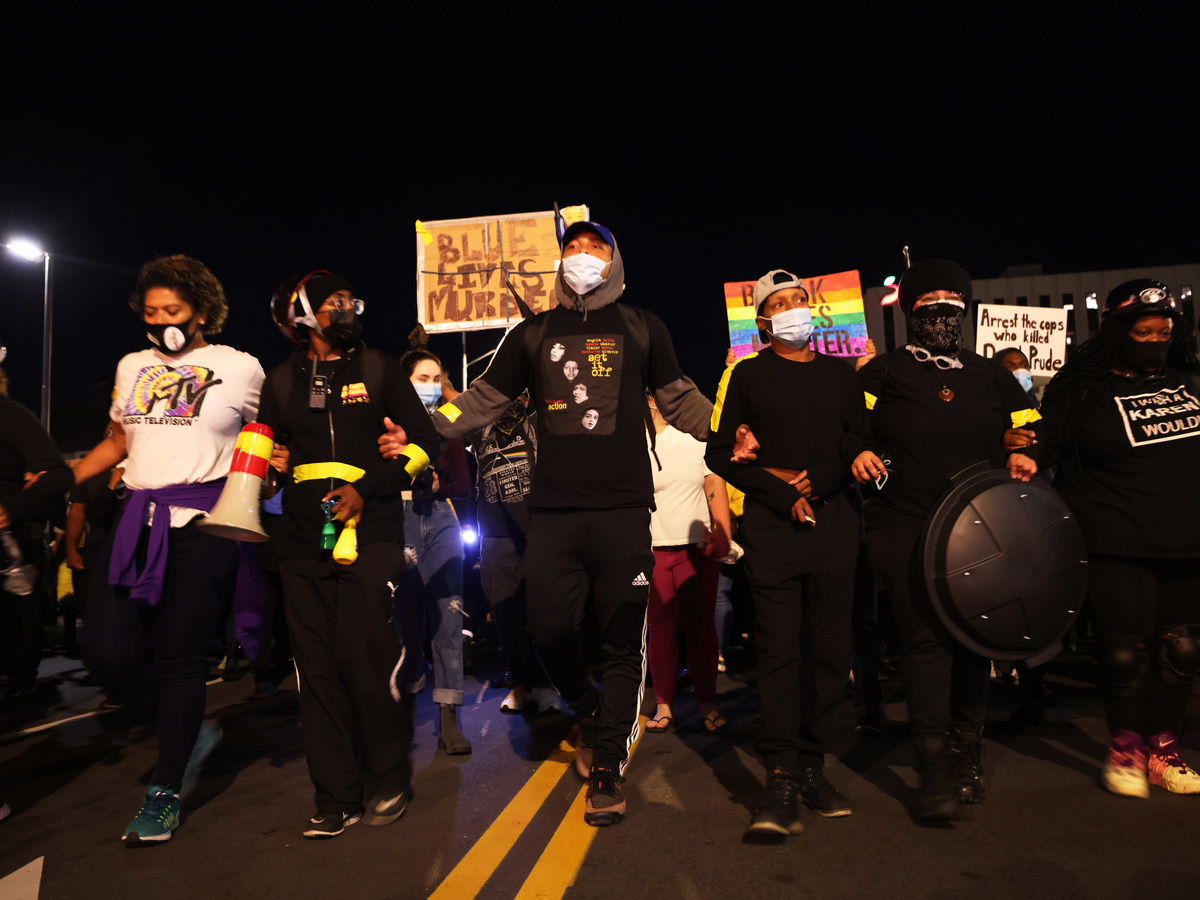 Demonstrators lock arms as they march for Daniel Prude on Friday in Rochester, N.Y. Prude died after being arrested on March 23 by Rochester police officers, who had placed a "spit hood" over his head and pinned him to the ground while restraining him.

The New York attorney general announced on Saturday that she is putting together a grand jury as part of her office's investigation into the death of Daniel Prude, a Black man who died of asphyxiation after being restrained by police in March.

"The Prude family and the Rochester community have been through great pain and anguish," New York Attorney General Letitia James said in a statement. "My office will immediately move to empanel a grand jury as part of our exhaustive investigation into this matter."

"I believe that if Daniel Prude was white all of those systems would not have failed him," Warren said. "It is time that we stopped trying to not acknowledge this and call it for what it is. It's racism."

Demonstrators chanted and sang for racial justice on Friday, the third day of protests in a row. Many are frustrated at what they see as an attempt by the Rochester Police Department to cover up Prude's death, because the department originally described the death as a drug overdose.

"RPD murdered a man in cold blood. They tried to cover it up, and they did a fairly decent job, until now," one protester said over a bullhorn before leading the crowd in a chant on Friday night: "No justice? No peace!"

Police eventually declared the peaceful protest an unlawful assembly. The demonstration quickly escalated as police set up a moving barricade and fired chemicals and pepper balls on protesters and protesters detonated fireworks and lit a bus stop on fire. Nearly a dozen people were arrested. Another protest is expected on Saturday night.

On March 23, Prude had just been released from Rochester's Strong Memorial Hospital after expressing suicidal thoughts. He was with brother, Joe Prude, when he left the house in below-freezing temperatures wearing just long johns and a tank top. His brother called Rochester police for help. Officers found Prude naked and in distress, allegedly smashing windows and saying he had the coronavirus, according to police reports.

The newly released body camera footage shows officers ordering Prude to lie down on the snowy road, which he did. Officers cuffed his hands behind his back, but Prude grew agitated. Officers placed a "spit hood" over his head, intended to protect others from possible infection. The footage showed officers restraining Prude by holding his feet and head down, and putting a knee on his back. Prude fell unconscious, according to police reports, and died a week later.

"Everything that they did, they didn't have to do," Joe Prude told NPR earlier this week. "That excessive force they used on him, the pushup stands on his neck, the knee on his back, holding his legs, that wasn't called for. They didn't have no dignity in what they was doing to my brother. They treated my brother like he was an animal in the street. A stray."

The Monroe County Medical Examiner's Office ruled the cause of death as "complications of asphyxia in the setting of physical restraint" and ruled the manner of death as "homicide."