Accessibility links
Utah Officer Faces Felony Charge For Ordering Police Dog To Bite Black Man : Updates: The Fight Against Racial Injustice Jeffery Ryans, the man who sustained dog bites, "certainly wasn't posing an imminent threat of violence or harm to anyone," according to the district attorney. 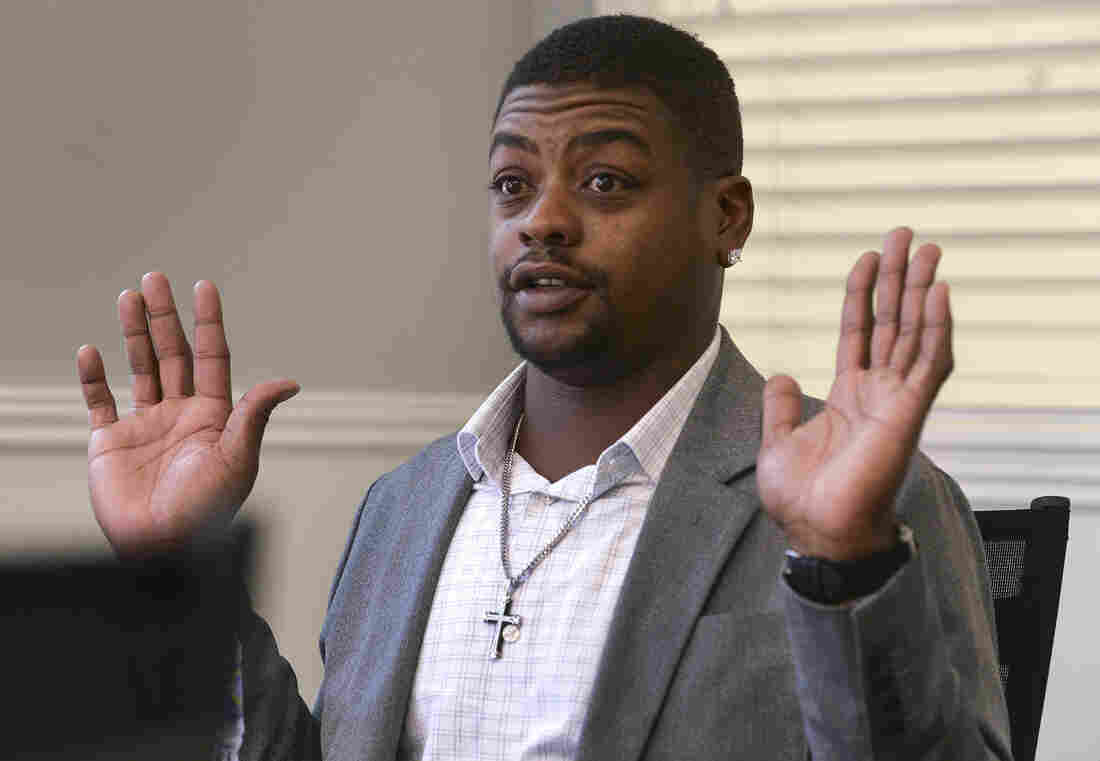 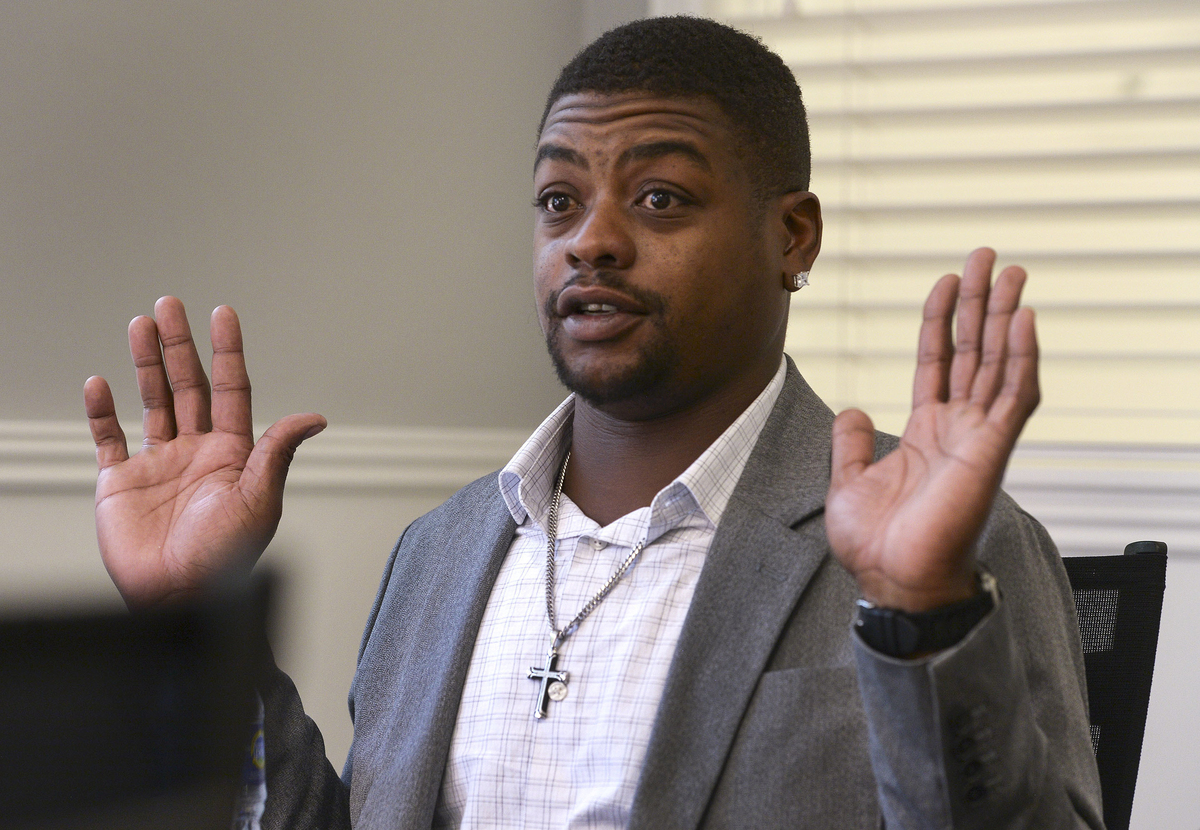 A Salt Lake City police officer is facing a felony charge stemming from an April encounter in which he ordered a police dog to attack a Black man who was on his knees with his hands raised, seemingly complying with officer commands.

Salt Lake City District Attorney Sim Gill announced the aggravated assault charge on Wednesday. He alleges that officer Nickolas Pearce did "attempt, with unlawful force or violence, to do bodily injury to another" during the April 24 encounter with Jeffery Ryans.

Officers were responding to a report of domestic violence when the incident took place, according to Salt Lake City member station KUER, which added that Ryans' injuries were so severe he required surgery.

The probable cause document

According to the probable cause document released by Gill's office, Pearce and the police dog named Tuco confronted Ryans through a fence. Pearce told Ryans to get on the ground.

Two other officers were on the scene. They asked Ryans how to access the backyard, according to the document. Ryans complied and gave them instructions on how to do so.

"Ryans did not express any intentions or engage in actions reflecting he was going to resist the officers," the report states.

"Approximately three seconds after confronting Ryans, PEARCE kicked him in the leg. Ryans dropped to his knees and kept his hands raised. While Ryans was on his knees with his hands in the air, PEARCE ordered K9 Tuco to engage Ryans."

The Salt Lake City Police Department announced last month that Pearce had been placed on administrative leave pending the results of the investigations. It also said the department "has suspended this K9 function until we review policies, procedures, training, and actual application in the field."

That announcement came after police video of the encounter became public this summer, sparking outrage in the city.

"Get on the ground! Get on the ground or you're going to get bit," officer Pearce yells at Ryans, according to officer-worn body camera footage published by the Tribune in August. [Editor's note: The video contains graphic content and profanity].

"I'm on the ground," Ryans can be heard saying repeatedly in the video as he yells in anguish. "Why are you biting me?"

"What the f*** did I do?" Ryans asks Pearce. Another officer puts handcuffs on him.

As Ryans lays face down in the grass, the police dog repeatedly bites his lower leg.

The Salt Lake City Police Department confirmed on Wednesday that the district attorney's office charged Pearce. The department also said it had received a report conducted by the city's Civilian Review Board on the matter.

"The Department takes the District Attorney's decision and the Civilian Review Board's findings very seriously. Both will be evaluated and taken into account as the Department is finalizing its Internal Affairs investigation," Police Chief Mike Brown said in a statement.

"If Internal Affairs finds that Officer Pearce committed a policy violation, the Chiefs Office will follow the disciplinary process required under state and federal law," the statement continued. "This can take some time, but we will carry this out as expediently as possible to bring prompt conclusion to this matter."

"We believe the criminal charges filed are an important step in Jeffery's pursuit of justice," Garner said in a statement to NPR.

The charge against the Salt Lake City police officer is part of a string of incidents involving law enforcement officials accused of using excessive force during encounters with people of color.

Earlier this week, the mayor of Louisville announced a $12 million settlement in the wrongful death lawsuit filed by the family of Breonna Taylor, who was shot and killed by police during a botched narcotics raid in March.

As part of the settlement announced Tuesday, Louisville unveiled a series of police reforms. They include greater oversight for search warrants and establishing a housing incentive program to encourage officers to live in low-income neighborhoods within the city.

On Monday, Rochester, N.Y., Mayor Lovely Warren fired Police Chief La'Ron Singletary in connection with the March asphyxiation death of Daniel Prude after an investigation found what she called "a pervasive problem in the Rochester Police Department."

Read the probable cause document below: