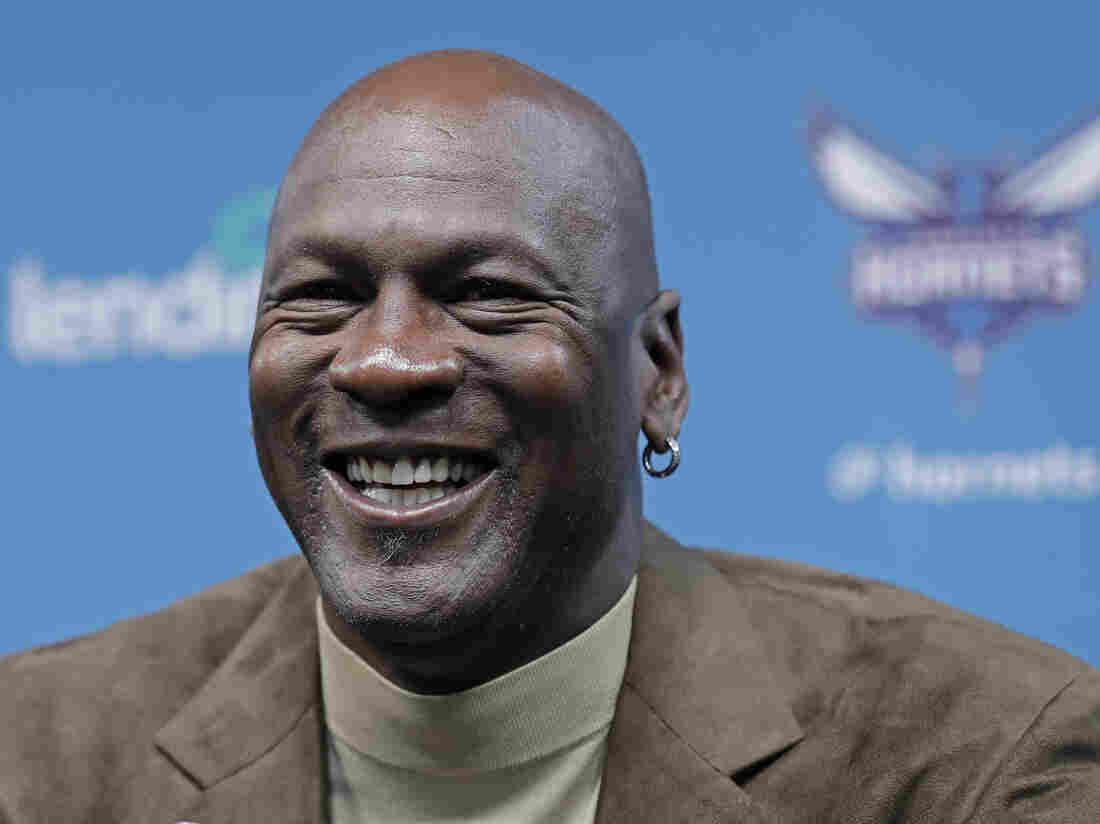 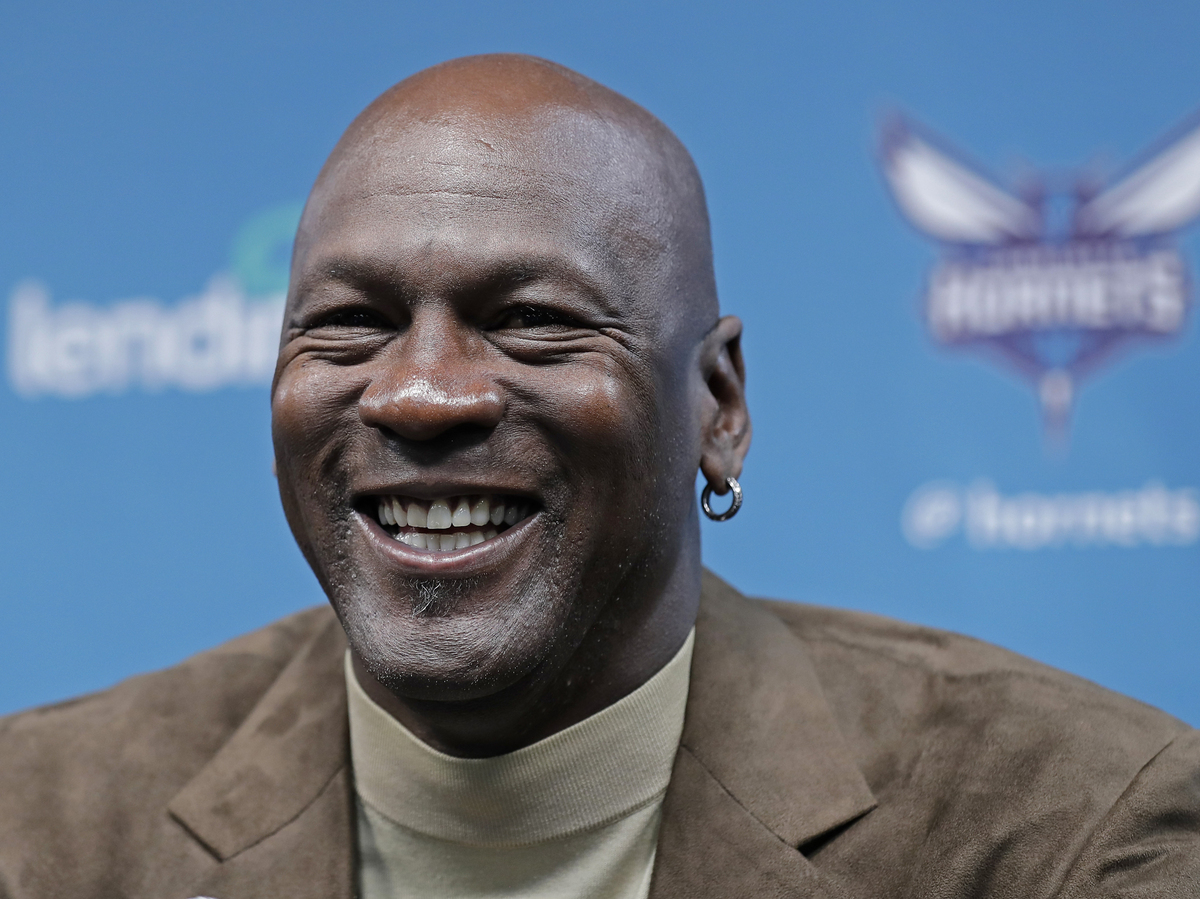 NBA icon Michael Jordan, shown here speaking at a press conference last year, said he is forming a new NASCAR racing team and Bubba Wallace will be the driver.

The hoops icon announced on Monday that he and NASCAR superstar Denny Hamlin have teamed up to form a new racing team. They've recruited Bubba Wallace to be its driver.

Wallace, the only Black driver at NASCAR's top level, became known to many outside the sport this summer when members of this then-racing team Richard Petty Motorsports discovered a noose hanging from a garage assigned to the driver at the Talladega Superspeedway in Alabama.

The FBI investigated the matter as a possible hate crime but later announced it had been hanging in the garage since last October, well in advance of when Wallace was assigned to the garage. Investigators said they were no longer pursuing federal charges.

Jordan, the majority owner of the Charlotte Hornets NBA franchise, did not address that incident in his statement announcing the formation of his racing team.

However, he did speak to the sport's recent steps to make the sport more inclusive.

"Historically, NASCAR has struggled with diversity and there have been few Black owners," Jordan, who is Black, said in a statement.

In June, NASCAR banned the Confederate battle flag at all official NASCAR events and properties, which Wallace had been calling for. 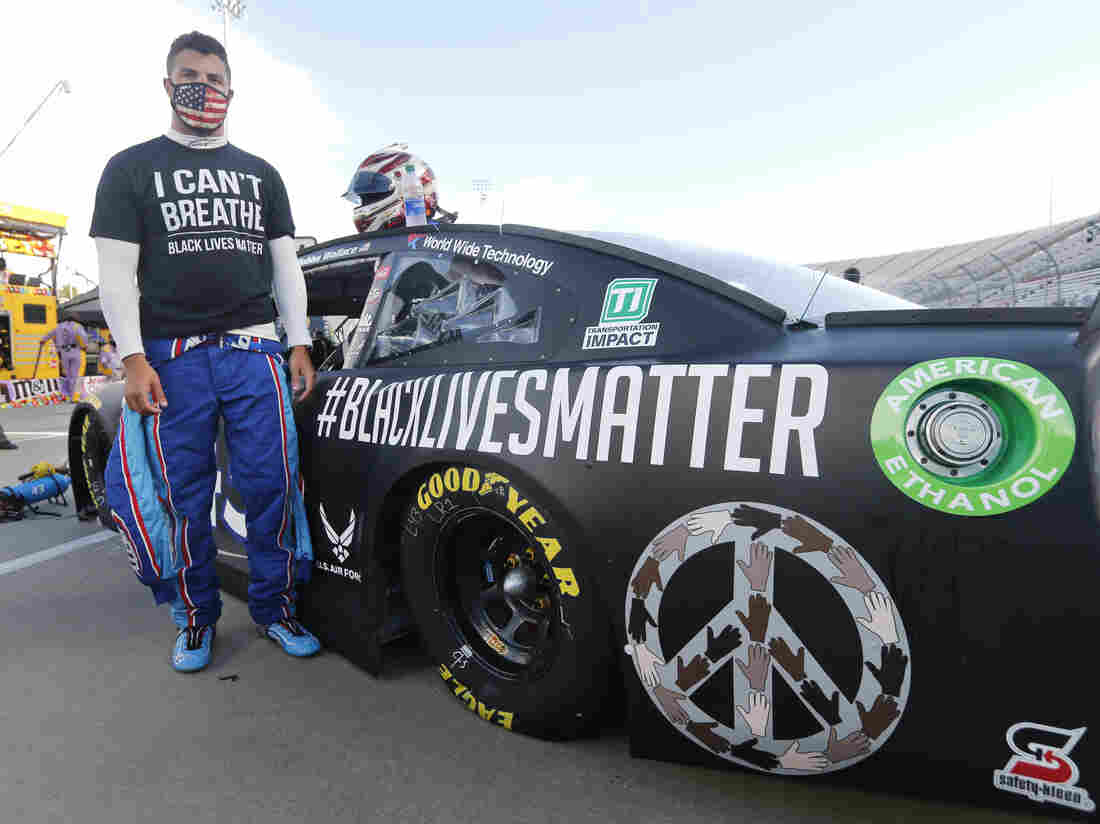 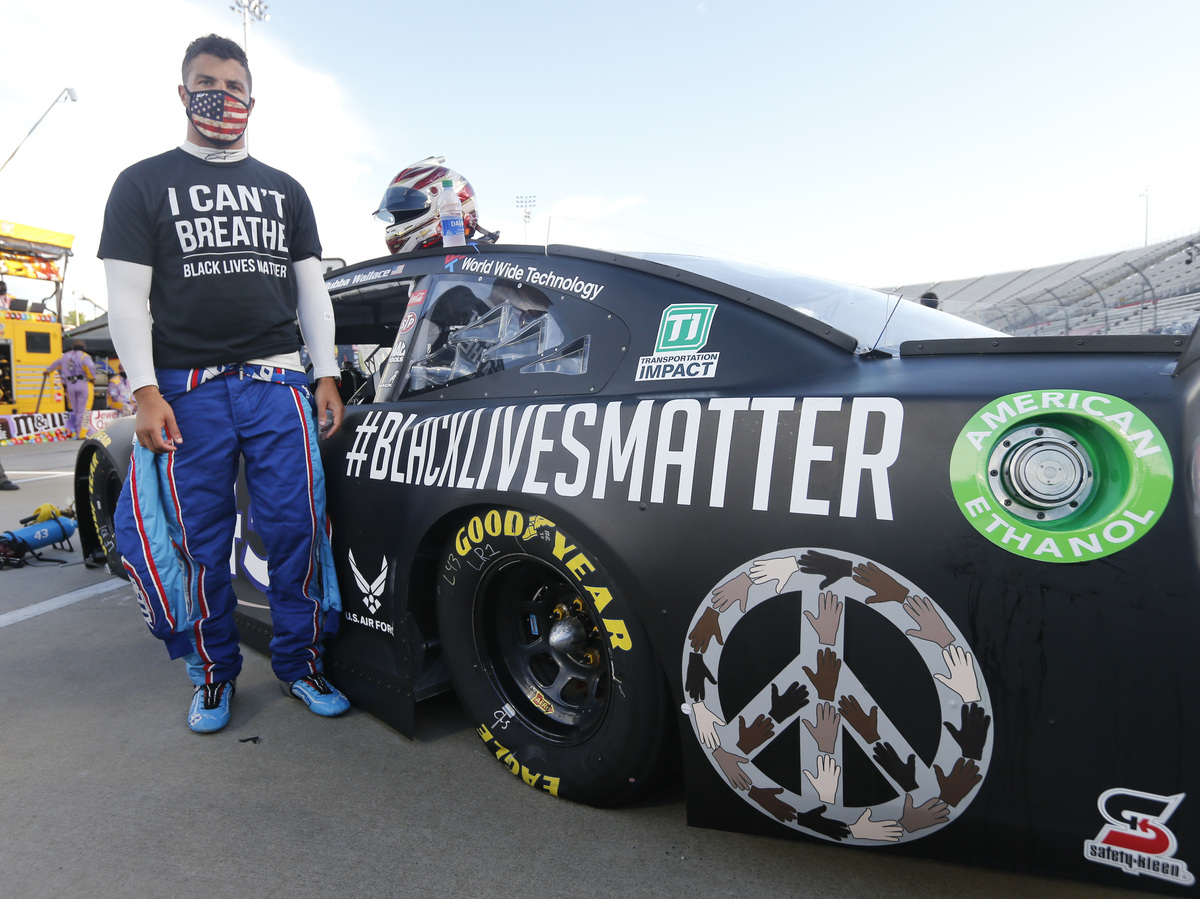 Driver Bubba Wallace waits for the start of a NASCAR Cup Series auto race in June in Martinsville, Va.

"The timing seemed perfect as NASCAR is evolving and embracing social change more and more. In addition to the recent commitment and donations I have made to combat systemic racism, I see this as a chance to educate a new audience and open more opportunities for Black people in racing."

Earlier this year, Jordan and his brand pledged to donate $100 million over 10 years to groups "dedicated to ensuring racial equality, social justice and greater access to education."

"I've been a NASCAR fan my whole life," Jordan said. He added that when he was a child growing up in North Carolina, his parents would take him and his siblings to races.

Wallace is also a vocal supporter of the Black Lives Matter movement and had the slogan painted on his car.

Hamlin, who will serve as minority partner while continuing to race the No. 11 car for Joe Gibbs Racing, said the choice of who would drive for the yet-to-be-named team was a no-brainer.

"I'm excited to announce MJ and I are starting a new, single car @NASCAR Cup Series Team for 2021. Deciding on a driver was easy – it had to be @BubbaWallace," Hamlin tweeted Monday.

Tonight, I’m excited to announce MJ and I are starting a new, single car @NASCAR Cup Series team for 2021. Deciding on a driver was easy - it had to be @BubbaWallace. pic.twitter.com/nIJv0X6ZOX

"Bubba has shown tremendous improvement since joining the Cup Series and we believe he's ready to take his career to a higher level," Hamlin added. "Off the track, Bubba has been a loud voice for change in our sport and our country. MJ and I support him fully in those efforts and stand beside him."

Wallace tweeted that it was a "once-in-a-lifetime opportunity," adding he was "super pumped to begin this adventure."

This is a unique, once-in-a-lifetime opportunity that I believe is a great fit for me at this point in my career. I’m grateful and humbled that they believe in me and I’m super pumped to begin this adventure with them.

"We proudly welcome Michael Jordan into the NASCAR family, and look forward to watching Michael, Denny Hamlin and Bubba Wallace compete in 2021," NASCAR said in a statement.

Wallace announced he was parting ways with Richard Petty Motorsports earlier this month. "I believe it's time for someone else to take the reins of the No. 43" car, he said, and added that he hopes to finish the 2020 season on a "high note."

One item sports fans are curious to learn is whether Wallace's car next season will don the No. 23, the jersey number Jordan made famous during his time with the Chicago Bulls during the 1980s and 1990s.

Jordan told The Charlotte Observer Monday that the number would ultimately be Wallace's decision.

"It's all going to be what Bubba wants," Jordan said, adding he did not want to "impose on him with my persona."