Accessibility links
2 Louisville Police Officers Shot After Charges In Breonna Taylor Case Spark Protests : Updates: The Fight Against Racial Injustice Louisville Metropolitan Police Chief Robert Schroeder said one officer is undergoing surgery and the other is in stable condition. Neither suffered life threatening injuries. A suspect is in custody. 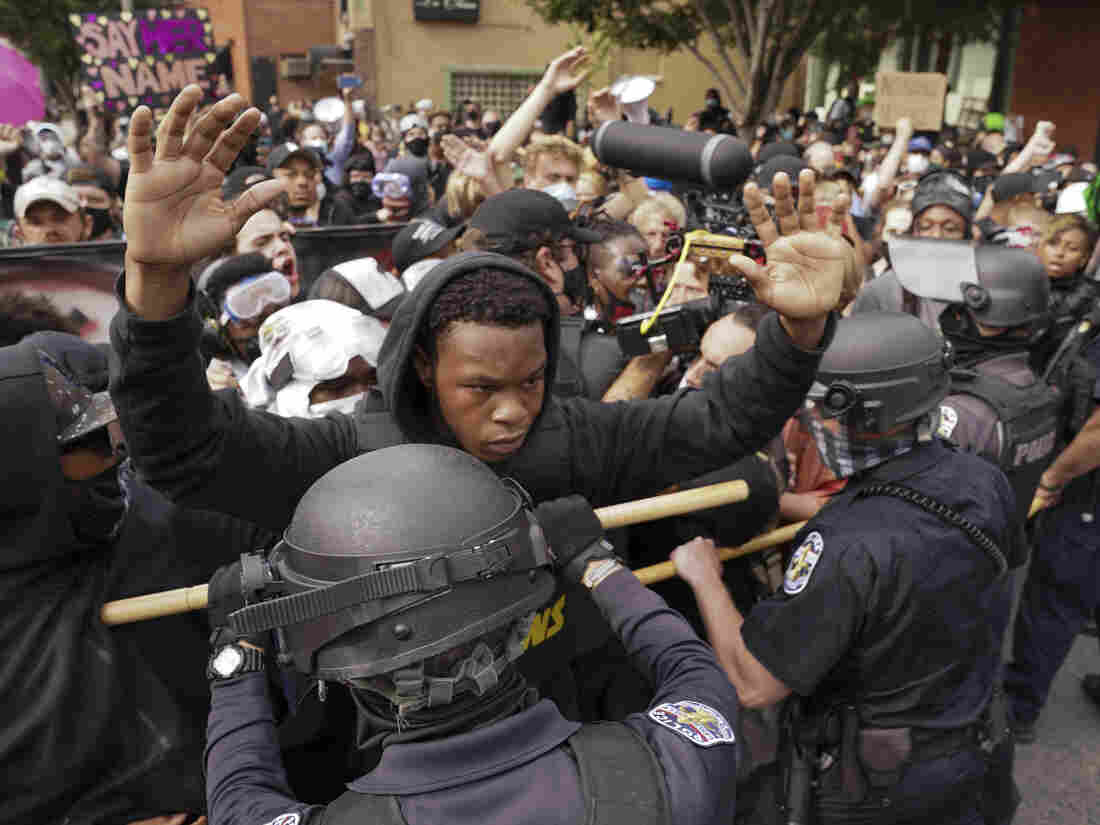 Police and protesters converge during a demonstration, Wednesday in Louisville, Ky. A grand jury has indicted one officer on criminal charges six months after Breonna Taylor was fatally shot by police in Kentucky. John Minchillo/AP hide caption 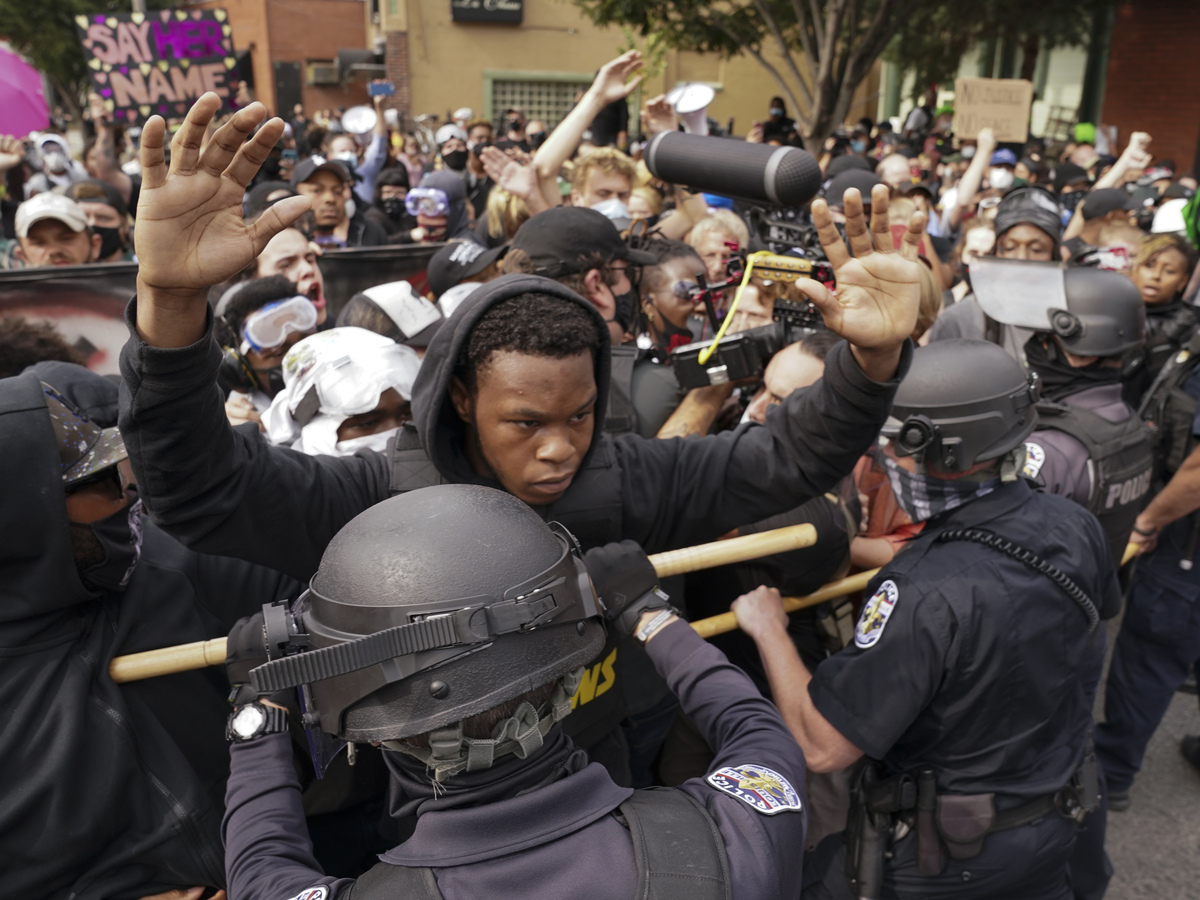 Police and protesters converge during a demonstration, Wednesday in Louisville, Ky. A grand jury has indicted one officer on criminal charges six months after Breonna Taylor was fatally shot by police in Kentucky.

The officers were fired on after responding to a separate "shots fired call" at about 8:30 p.m. ET, Chief Robert Schroeder said in a brief press conference Wednesday evening.

One suspect has been taken into custody, Schroeder said.

One officer is in stable condition, while the other is undergoing surgery. Schroeder noted "they are both non-threatening injuries."

No names have been released.

The chief said that under the tense circumstances following the indictment by the grand jury Wednesday, he is "very concerned for the safety of [his] officers."

Hundreds of protesters swiftly began demonstrations calling for justice for Breonna Taylor after a grand jury decided to indict just one of the three Louisville Metropolitan Police officers who fired nearly two dozen bullets into her apartment, killing the 26-year-old during a no-knock raid.

City and state officials, who have been expecting a decision from the grand jury all week after months of outrage and anticipation, were braced for widespread protests, preemptively calling for reinforcements from the National Guard.

Protests took place across the country, in New York, Washington, D.C., Philadelphia, Las Vegas and Chicago, according to The Associated Press. Police in Portland, Ore., declared a riot and ordered streets cleared after protesters gathered a police building in the city.

Police declare unlawful assembly. Threats of arrests and the use of chemical agents. #Louisville #BreonnaTaylor pic.twitter.com/fObwZOaF5B

In Louisville, protesters largely gathered at Jefferson Square Park but by about 8 p.m. most had been dispersed by Louisville police officers who declared an unlawful assembly and appeared to release flash grenades into the remaining crowds, the Courier Journal reported.

Boards on the Hall of Justice have been set on fire. #Louisville pic.twitter.com/niMqLA45iB

Some demonstrators had set some trash fires in the streets, and others set the boards on the Hall of Justice aflame.

At least one group dressed in camouflage and carrying long guns was seen walking through the streets.

But the grand jury declined to bring charges against Sgt. Jonathan Mattingly and detective Myles Cosgrove, who shot six and 16 times respectively.

This is a developing story. Some things reported by the media will later turn out to be wrong. We will focus on reports from officials and other authorities, credible news outlets and reporters who are at the scene. We will update as the situation develops